This Day In History January 28 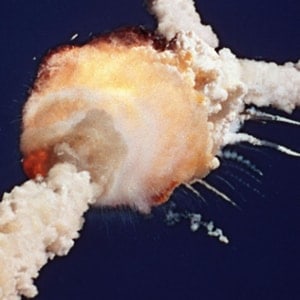 Schoolteacher Christa McAuliffe Writes About Her Excitement Going into Space on the Ill-Fated Challenger.
On January 28, 1986, the NASA Space Shuttle orbiter Challenger lifted off from Cape Canaveral, Florida at 11:38 EST and, 73 seconds into its flight, exploded nine miles above the Atlantic Ocean. All seven crew members were killed, including 37 year-old McAuliffe, who had been selected from 11,000 applicants to be a “Teacher in Space.” Largely because of her presence, some 17% of Americans watched the live coverage of the launch.