Garfield finds "a streak of sadness" in his nomination as president. Shapell Manuscript Collection.

Hard to believe, what with some 20-some odd contenders having vied for 2016’s two presidential nominations, but there was a time – oh, in 1880 – when a candidate chosen looked upon his fate dolefully. James A. Garfield didn’t want the job, and his arguments from the convention floor to that effect were so eloquent and moving, he was nominated forthwith. In light of this year’s cage-fight candidacies, here then is a refreshing demurral. Being the presidential nominee, Garfield says, makes him sad…

Garfield Finds “A Streak of Sadness” in His Nomination as President

I suppose I am morbidly sensitive about any reference to my own achievements… I so much despise a man who blows his own horn, that I go to the other extreme. – James A. Garfield, 1868

Garfield did not want to be nominated for the Presidency in 1880; it was bad luck, really, that his nominating speech for another candidate was so stirring, as to inflame the convention – in his own favor. When his name was brought into contention, he rose to his feet to protest and then, by a bruising 36th ballot, selected, he was mortified. “I am very sorry,” he told his supporters, “that this has become necessary.” A month later, he was still not enamored at having won the nomination. There “is a streak of sadness in it” he writes a supporter here, “that I suppose no one else can understand.”

“Yours of the 9th of June came duly but I had no time to answer – and now can do little more than thank you for it.  I am so pressed with work and overwhelmed with correspondence and visitors.  I know you are rejoiced at my nomination. To me there is a streak of sadness in it that I suppose no one else can understand….” Garfield was well to feel sad: almost a year to the day – and barely months into his presidency – he would be shot, mortally wounded. But however eerie his prescience of doom, writing here almost a month after his nomination, Garfield felt just as sad before he was even nominated, at the very prospect of its happening. Having come to the Republican National Convention as a delegate from Ohio, he was there chiefly to support his fellow Ohioan, Secretary of the Treasury John Sherman. Hearing from a friend that his name was likely to be floated as a candidate, Garfield exclaimed, “My God… I know it, I know it! and they will ruin me!” He had come there, he insisted, as a friend of Sherman. “What will he and the world think of me if I am put in nomination?” He would not, he swore, permit it. Even a year before, writing in his journal, he was adamant: presidential fever was an evil. It destroyed its possessor, and laid waste to its aim. The presidency, he had long since concluded, was the one office in the nation to which he felt no man dare aspire – and besides, few men had ever obtained the presidency by planning to obtain it. Benign destiny, he believed, and not feverish ambition, would determine his rise – so when his name was suddenly thrown in contention, on the 34th ballot, on July 8th, 1880, Garfield leapt to his feet in protest. “No man has a right without the consent of the person voted for, to announce that person’s name and vote for him in this convention. Such consent I have not given -” The convention chairman banged down his gavel, cutting Garfield off mid-sentence. “The gentleman from Ohio,” he ordered, “will resume his seat.” The stampede for Garfield was on.

A “Dark Horse”, Garfield became, luckily, the third of that breed to become president. He became, unluckily, the second president to be assassinated. And while 19 members of the House of Representatives have served as president, Garfield was the only one to be elected as a sitting Congressman. He stood by himself, as well, as being the first president to be present at his own nomination – a stroke of good fortune for his party, and a calamity, as he sensed writing here, for him. 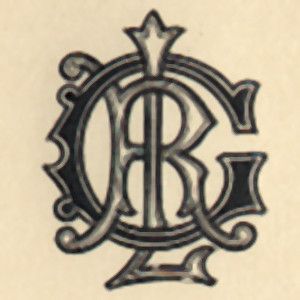