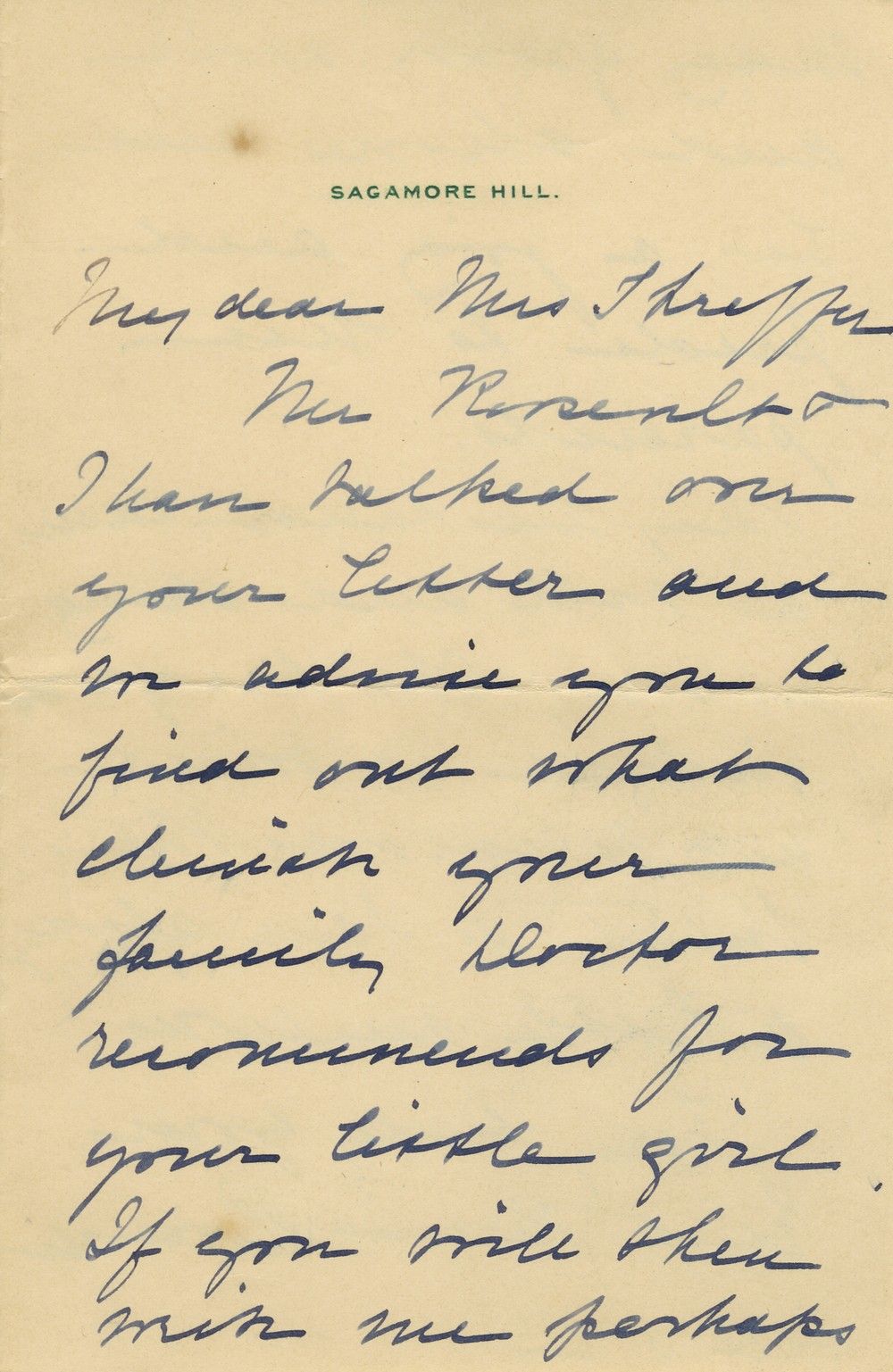 Mrs. Theodore Roosevelt notes here that she is, indeed, married to a Bull Moose: of her husband, shot in the chest four months earlier while campaigning for president in 1912, she says,

Roosevelt was shot with a .38 caliber pistol on October 14, 1912, at close range, by a psychotic New York saloonkeeper against third terms. Roosevelt did not realize he was hit, however, until someone noticed a hole in his overcoat. When he reached inside his coat, he found blood on his fingers. The bullet, having traversed the manuscript of the speech he was to about to deliver, entered his chest wall but did not appear, at first, to be more than a scrape. So Roosevelt, for an hour and a half, gave the speech – “I have just been shot,” he said, “but it takes more than that to kill a Bull Moose” – and only afterward, collapsed. He spent eight days in hospital, and then on the 23rd of October, returned to campaigning. The bullet was never removed, and caused no difficulty after the wound healed.
Autograph Letter Signed, 3 pages, octavo, Sagamore Hill, Feb 3, no year [1913].
Read More 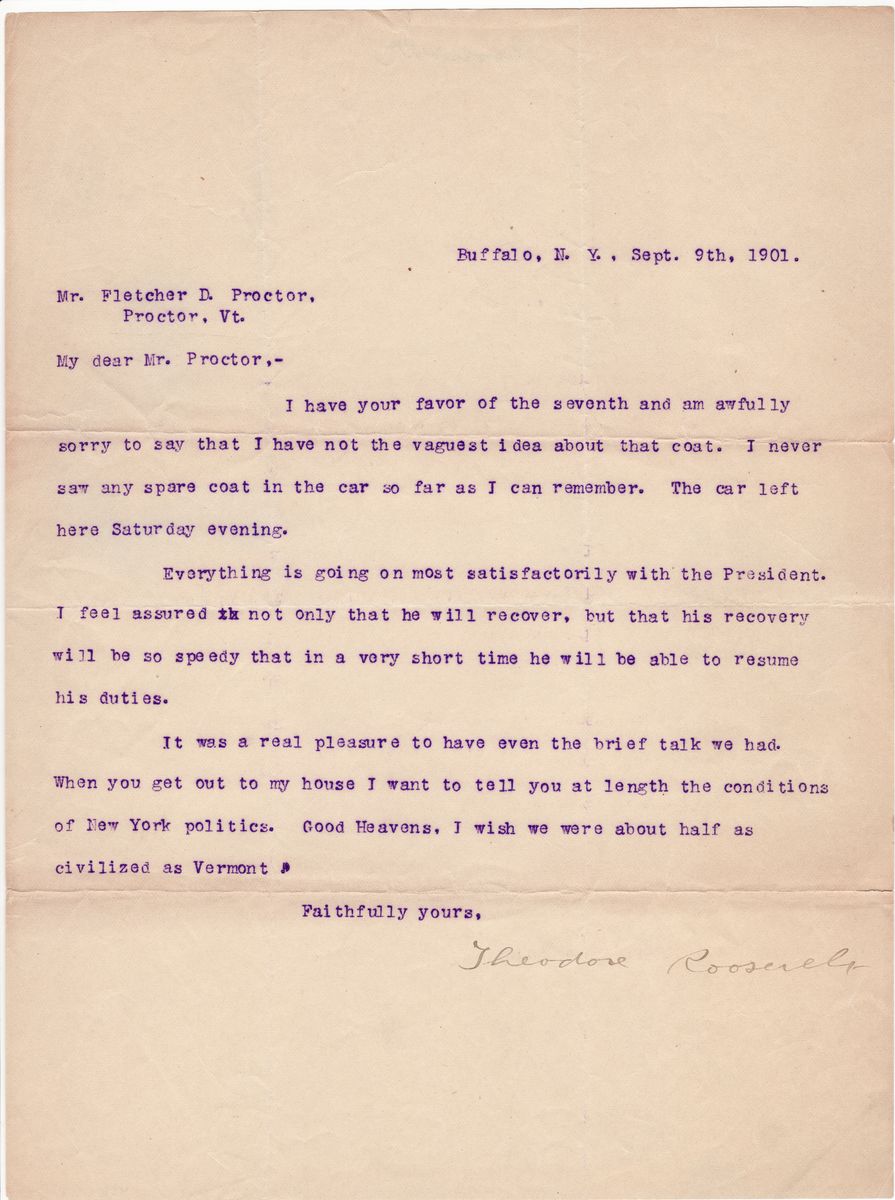 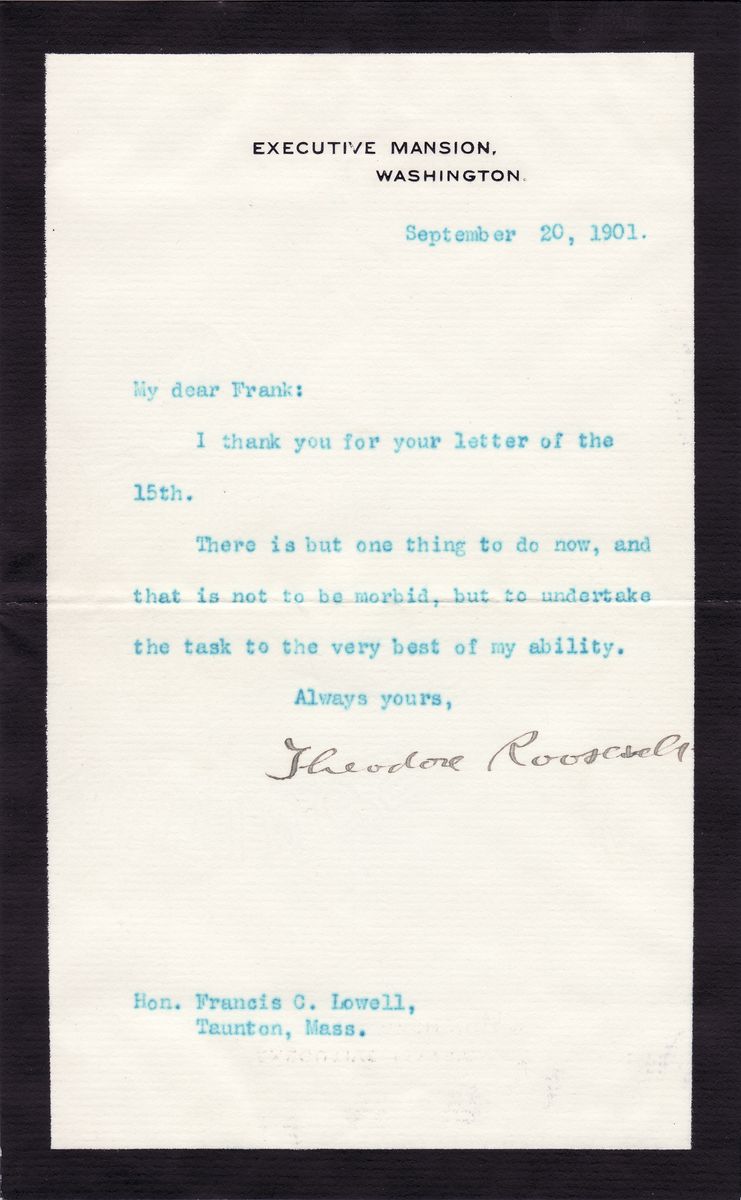 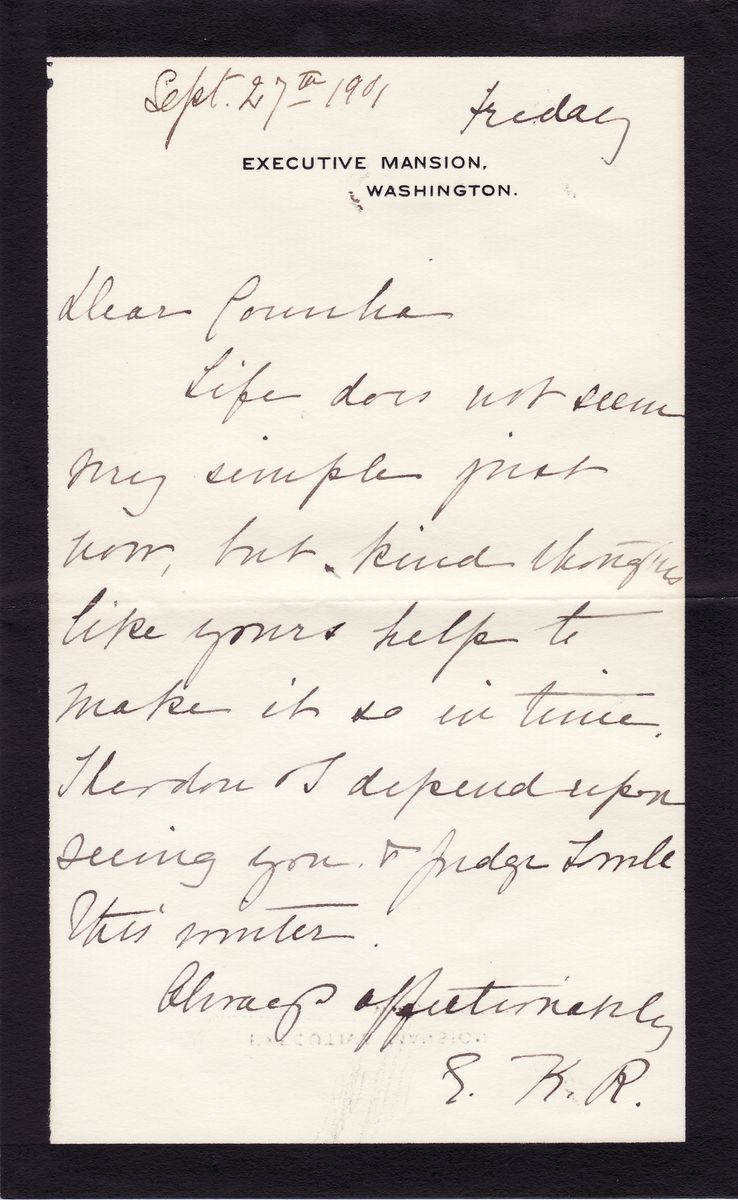 Mr Roosevelt & I have talked over your letter and we advise you to find out what clinician your family Doctor recommends for your little girl.  If you will then write me perhaps 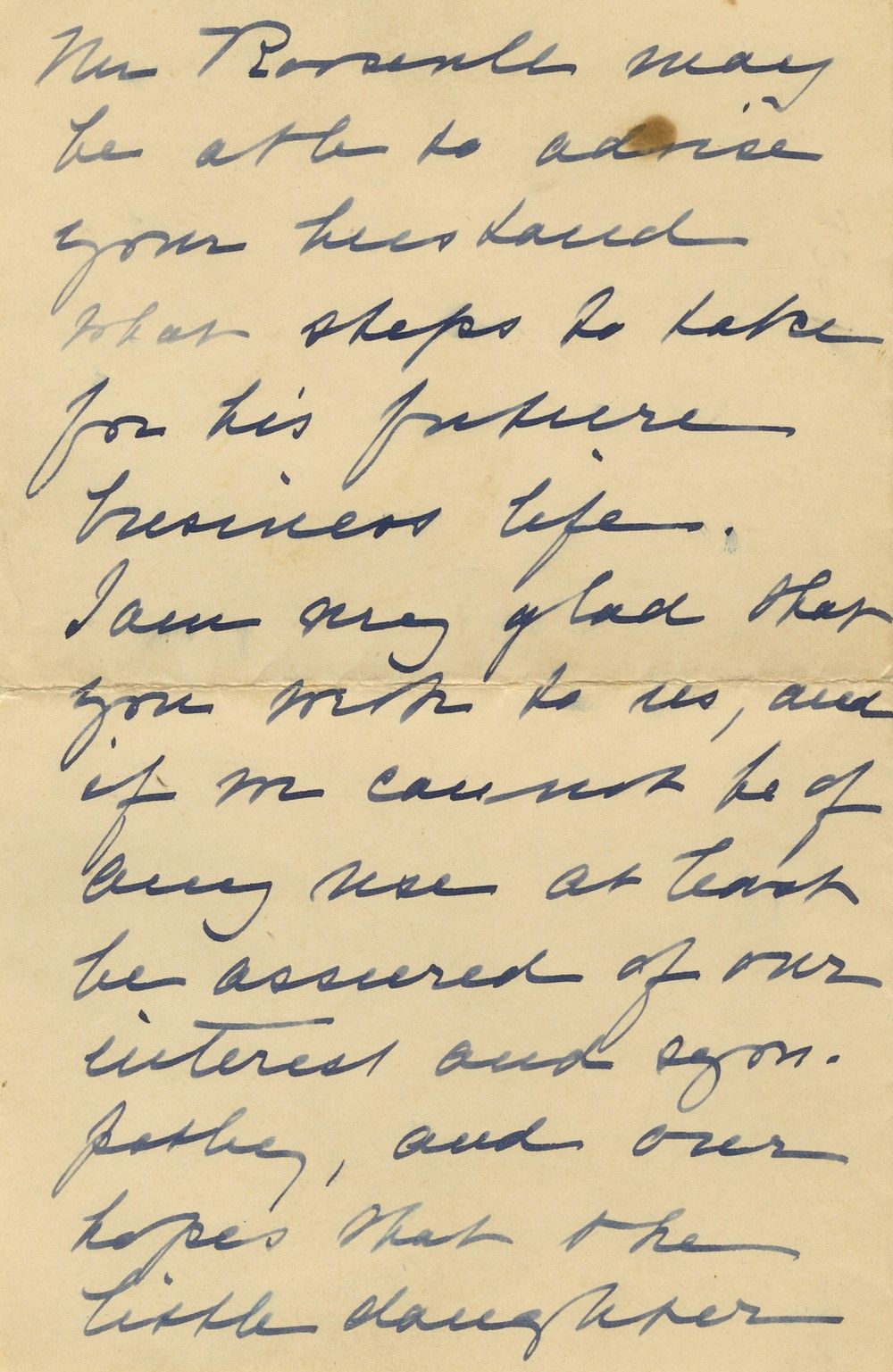 Mr Roosevelt may be able to advise your husband what steps to take for his future business life. I am very glad that you wrote to us, and if we cannot be of any use at least be assured of our interest and sympathy, and our hopes that the little daughter

may grow well and strong and be a joy and pride to her parents.

My husband seems as well and strong as ever; the surgeons judged it wiser not to remove the bullet so I am always a little anxious [sic] 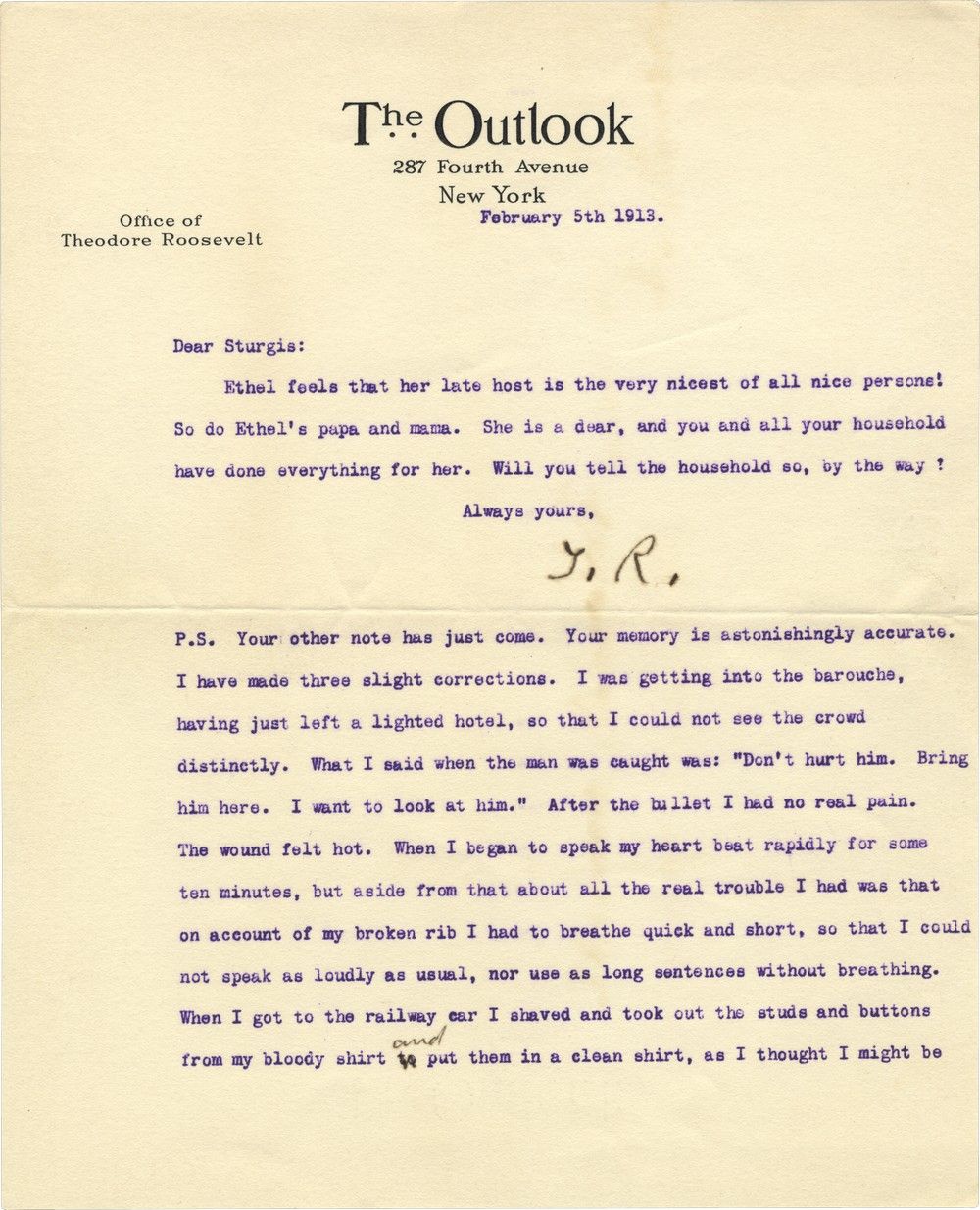 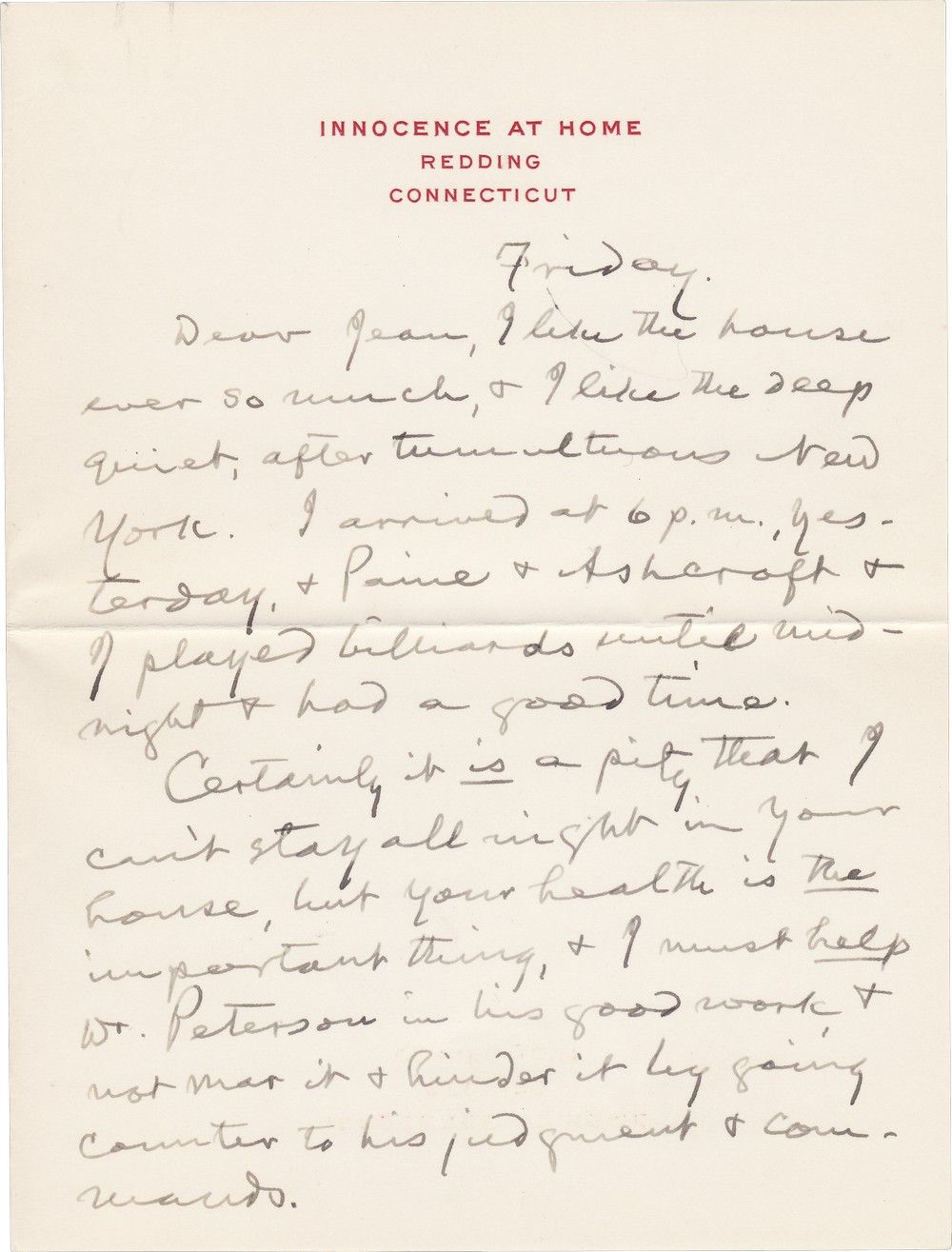