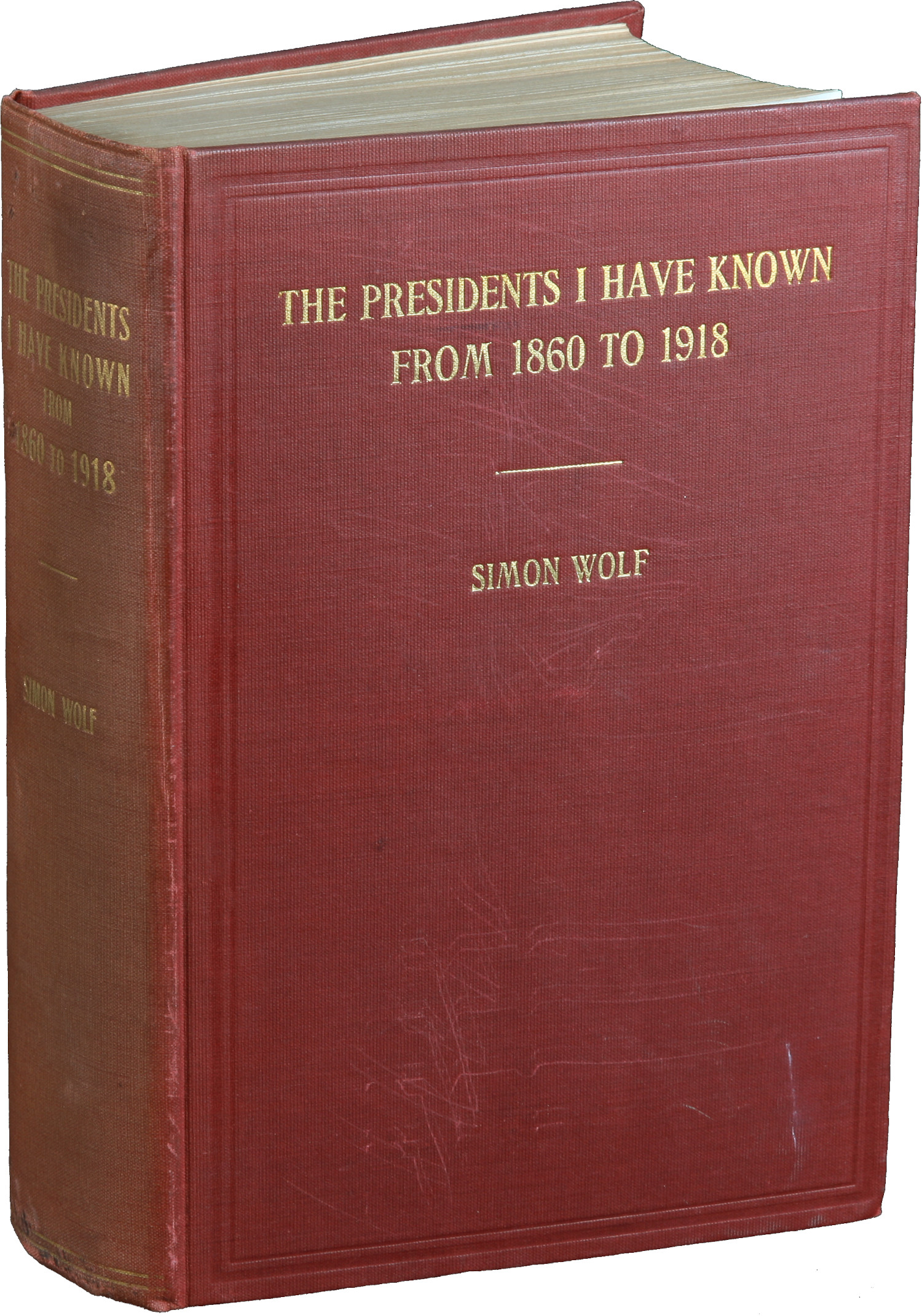 Having been, as he himself declared in Presidents I Have Known from 1860 – 1918, “intimate with all the great men of that period”, it is no surprise that the man, hailed as the de facto Ambassador of the Jewish people to the American presidency, would inscribe a copy of that very book to the son of Abraham Lincoln – Simon Wolf’s “first” and favorite president. Indeed Wolf’s association with Lincoln was, in terms of the Jewish people in America, of landmark significance, his having won from Lincoln a pardon, at 2 in the morning, of a Jewish soldier slated by Stanton to be shot for desertion the next day. Said soldier, one Morris Waldauer, was apparently the first Jewish soldier to have deserted –going AWOL to visit his dying mother - and Wolf’s pleading on his behalf allowed the soldier to return to service. When in fact the young man died in battle at Cold Harbor, Lincoln was told, and reputedly said, with tears in his eyes, “I thank God for having done what I did.”

Wolf was, in addition to being a lawyer, diplomat, scholar, presidential confidante, and powerful advocate of the Jewish people, a prominent Republican – as was, of course, Robert Todd Lincoln. This inscribed copy, then, is suggestive of a wealth of associations…

Presidents I Have Known from 1860 – 1918, inscribed by author Wolf to Robert Todd Lincoln; 1p., on the front paste down, no place, January 10, 1919. An exceptional association copy.
Read More

THE PRESIDENTS I HAVE KNOWN 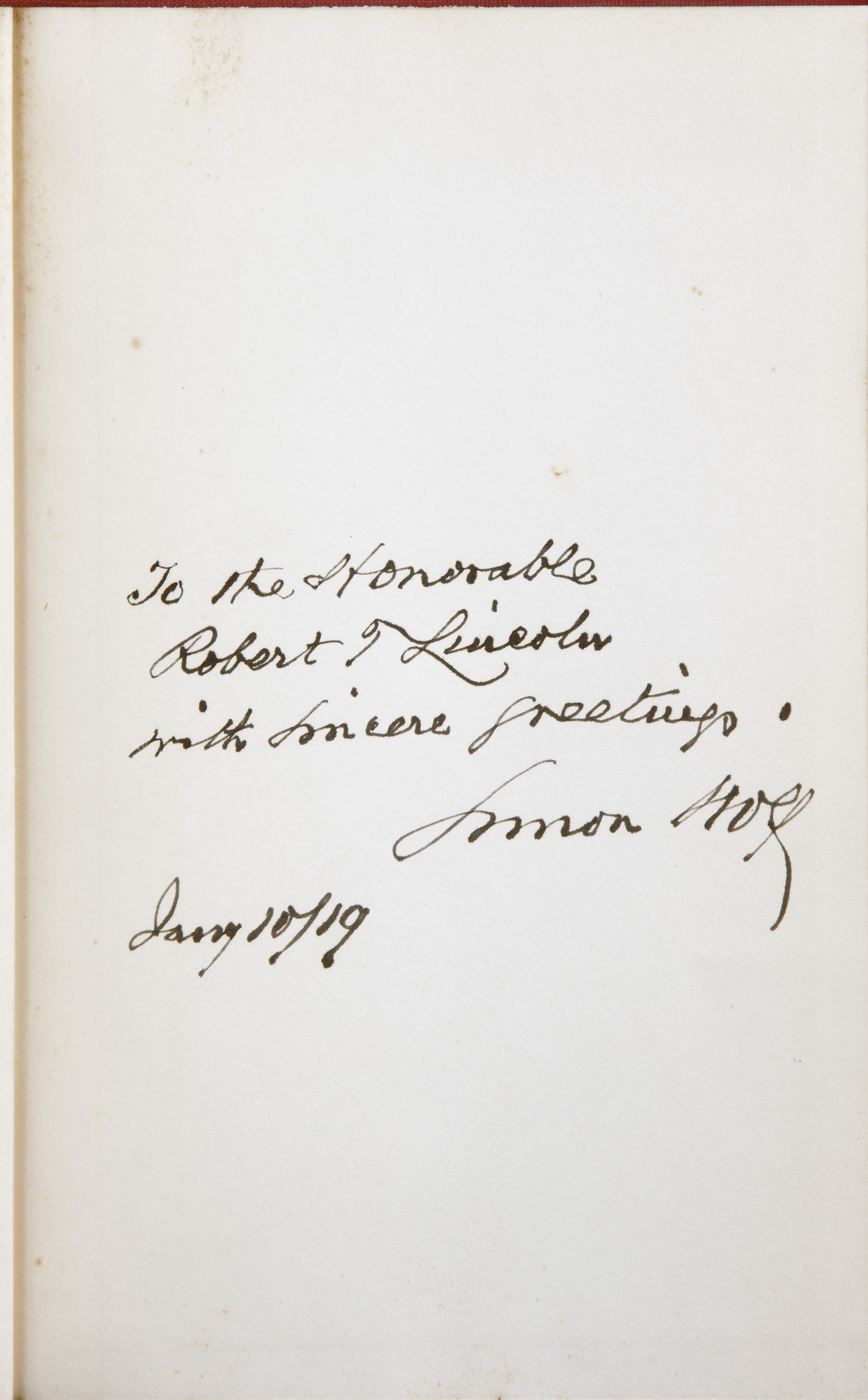 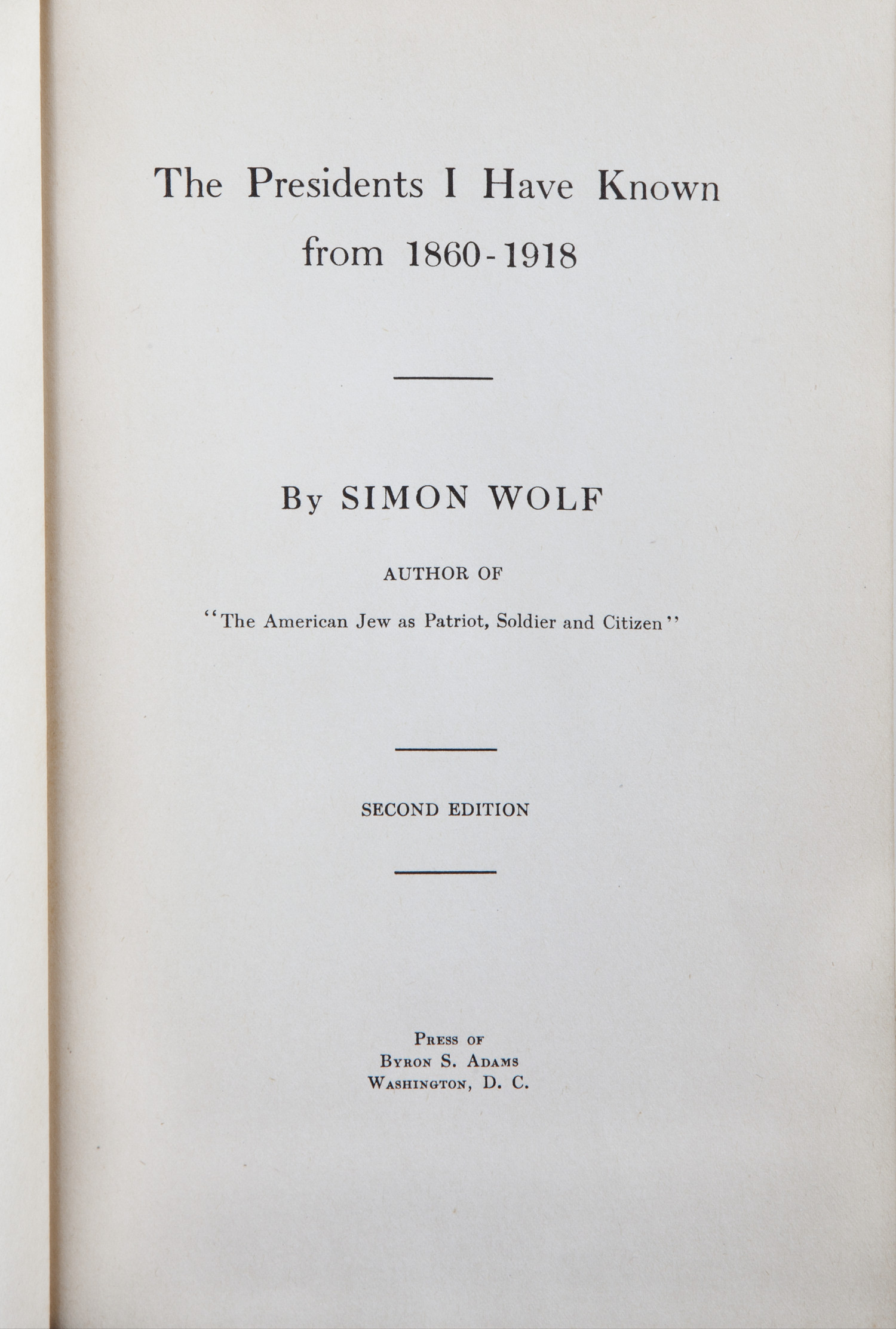 The Presidents I Have Known

"The American Jew as Patriot, Soldier and Citizen" 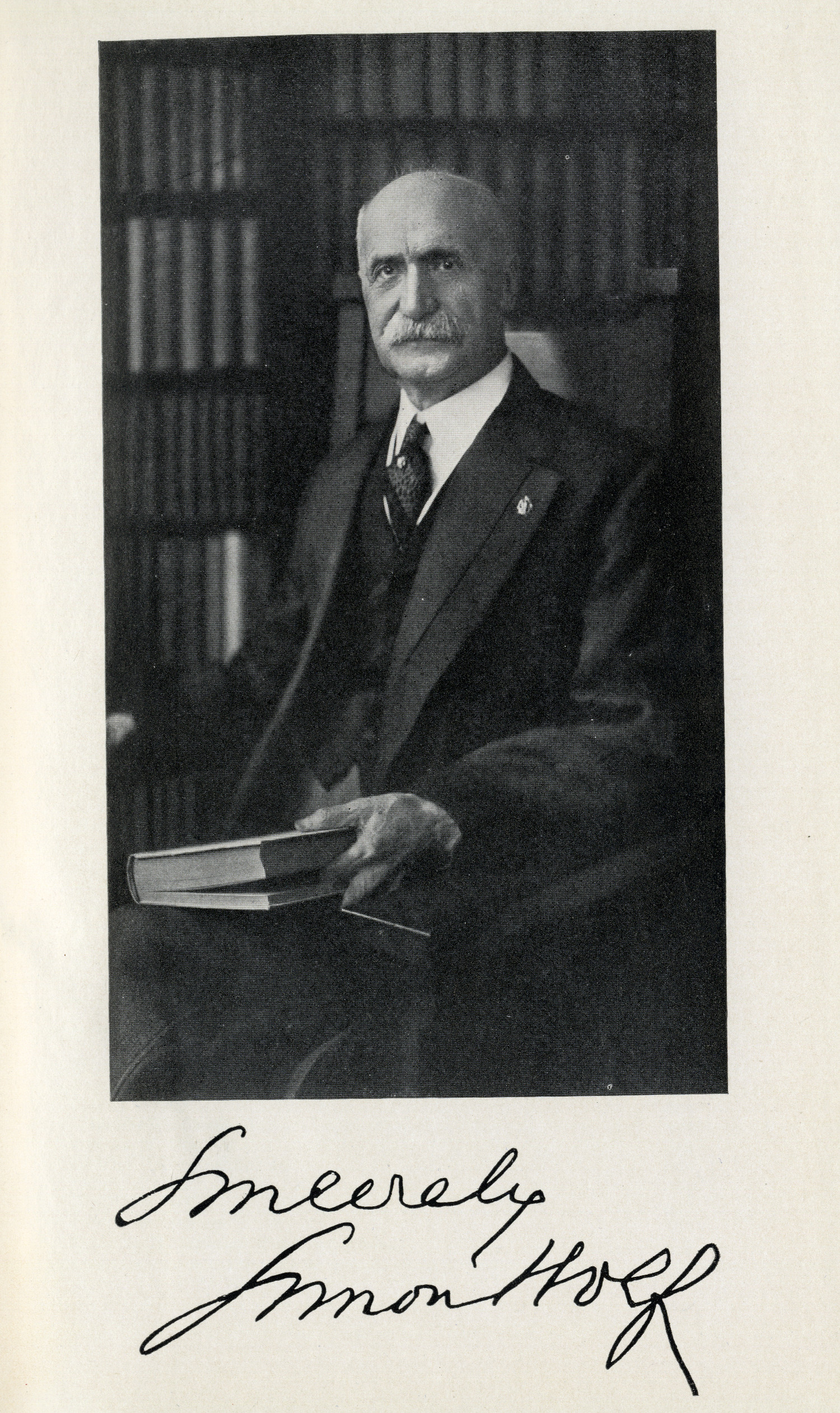 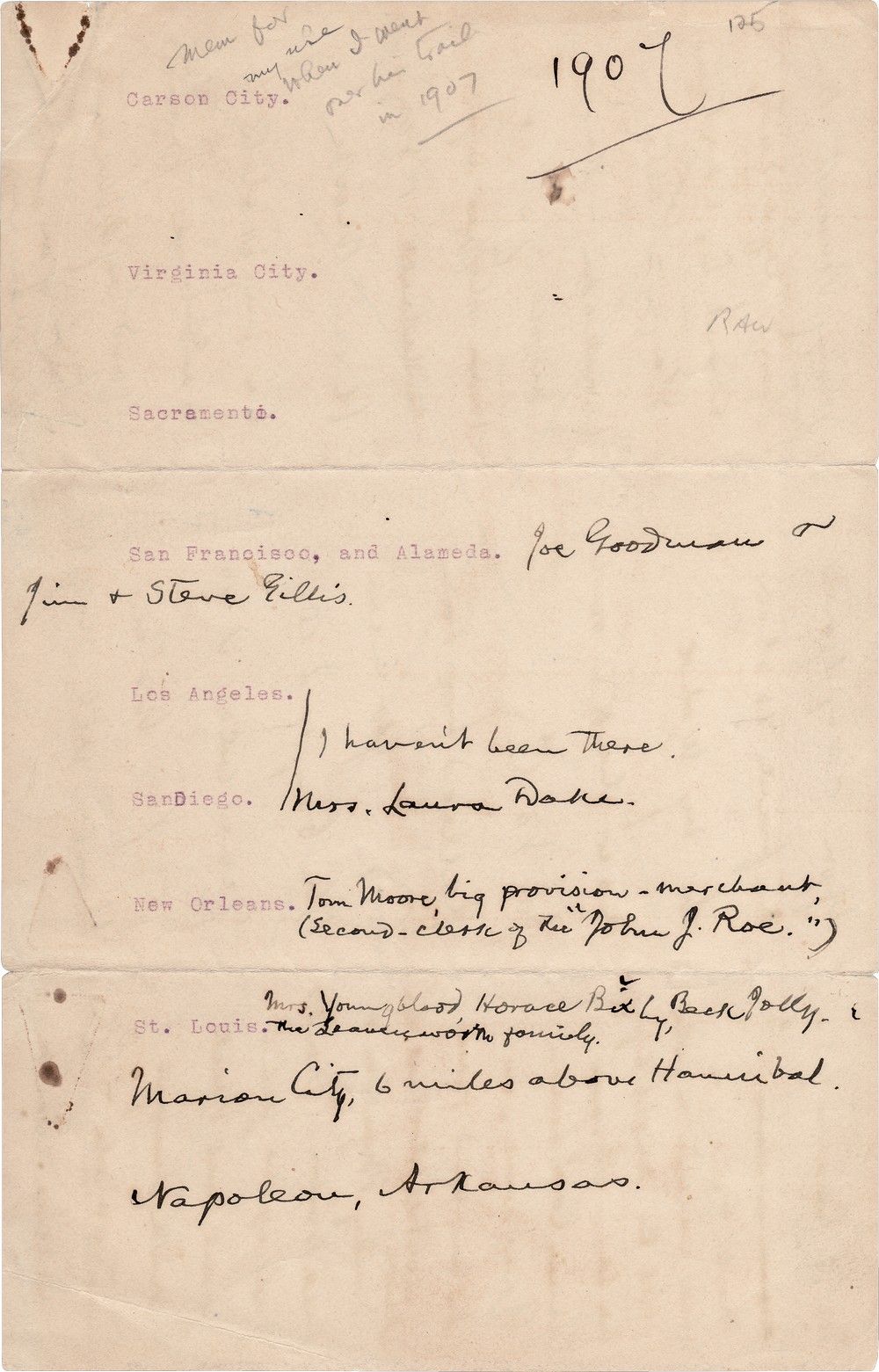