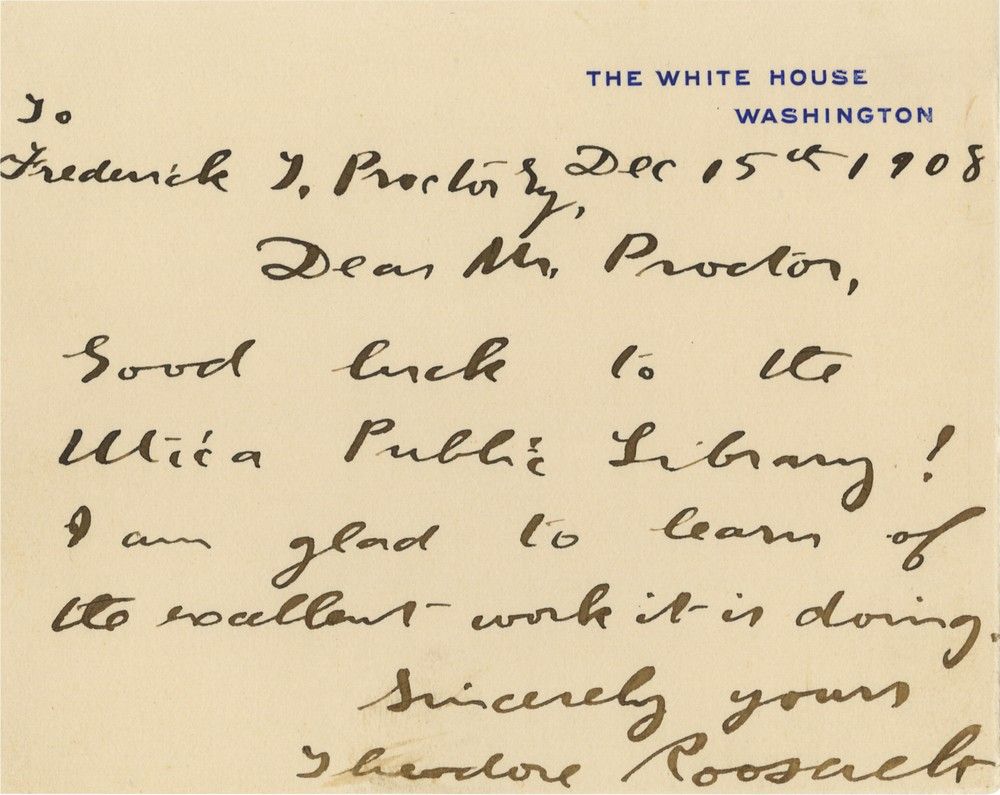 The author, ultimately, of some forty-five books, and the devourer of thousands and thousands more, Roosevelt salutes Utica philanthropist Frederick T. Proctor and the Public Library he supported, on the excellent work it is doing, and wishes it good luck.

Frederic Proctor, collectors may recall, gave his collection of presidential letters to the Utica Public Library in 1904. The then-complete set, apparently, was added to subsequently, for its dispersal at auction in the 1980s, brought into the market some of the rarest examples of presidents in autograph in office. 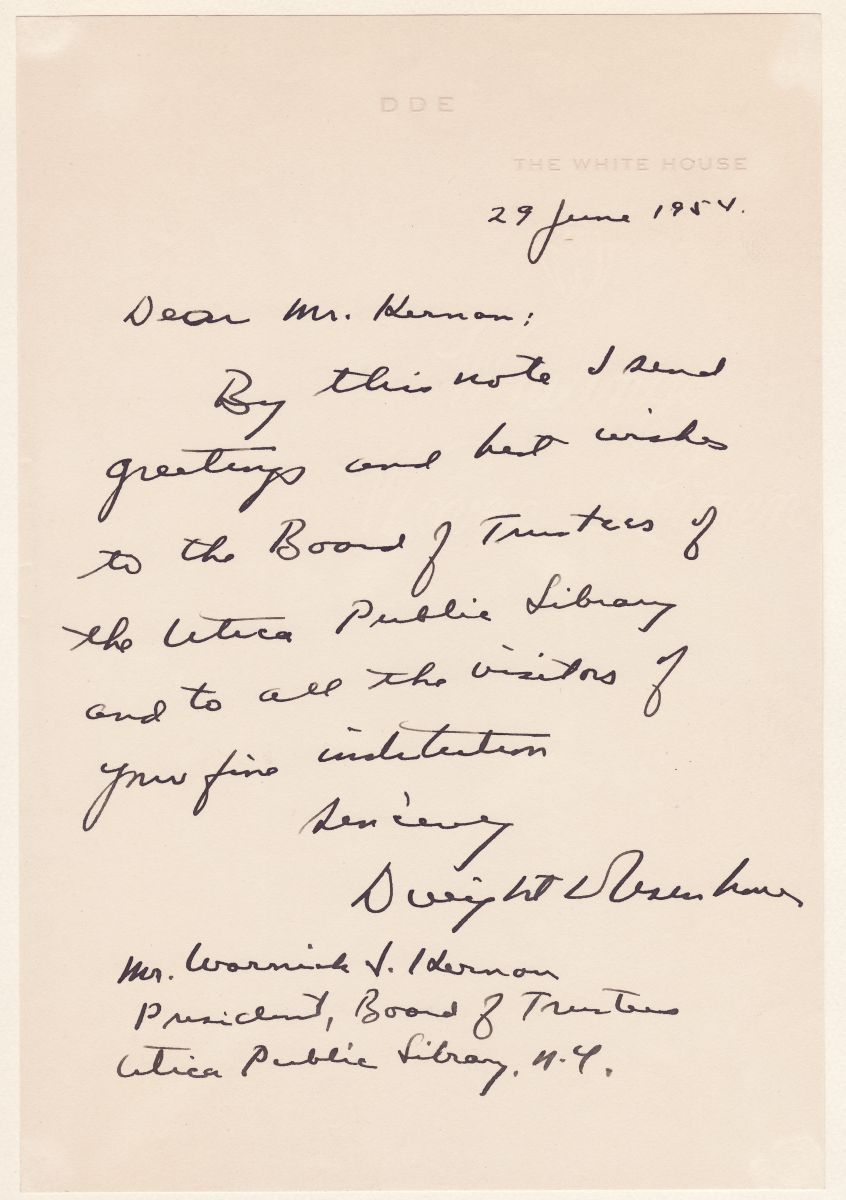 Good luck to the Utica Public Library! I am glad to learn of the excellent work it is doing. 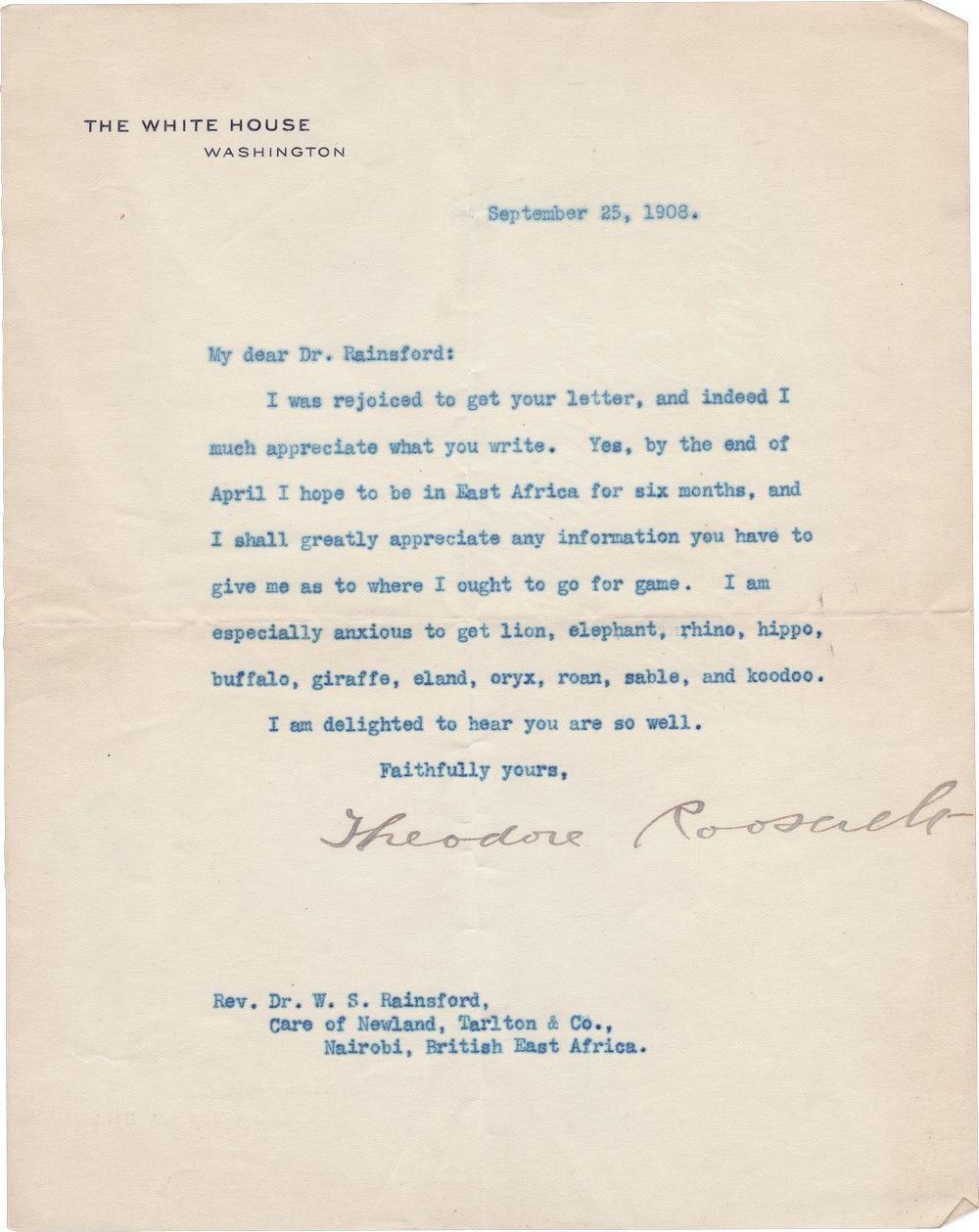 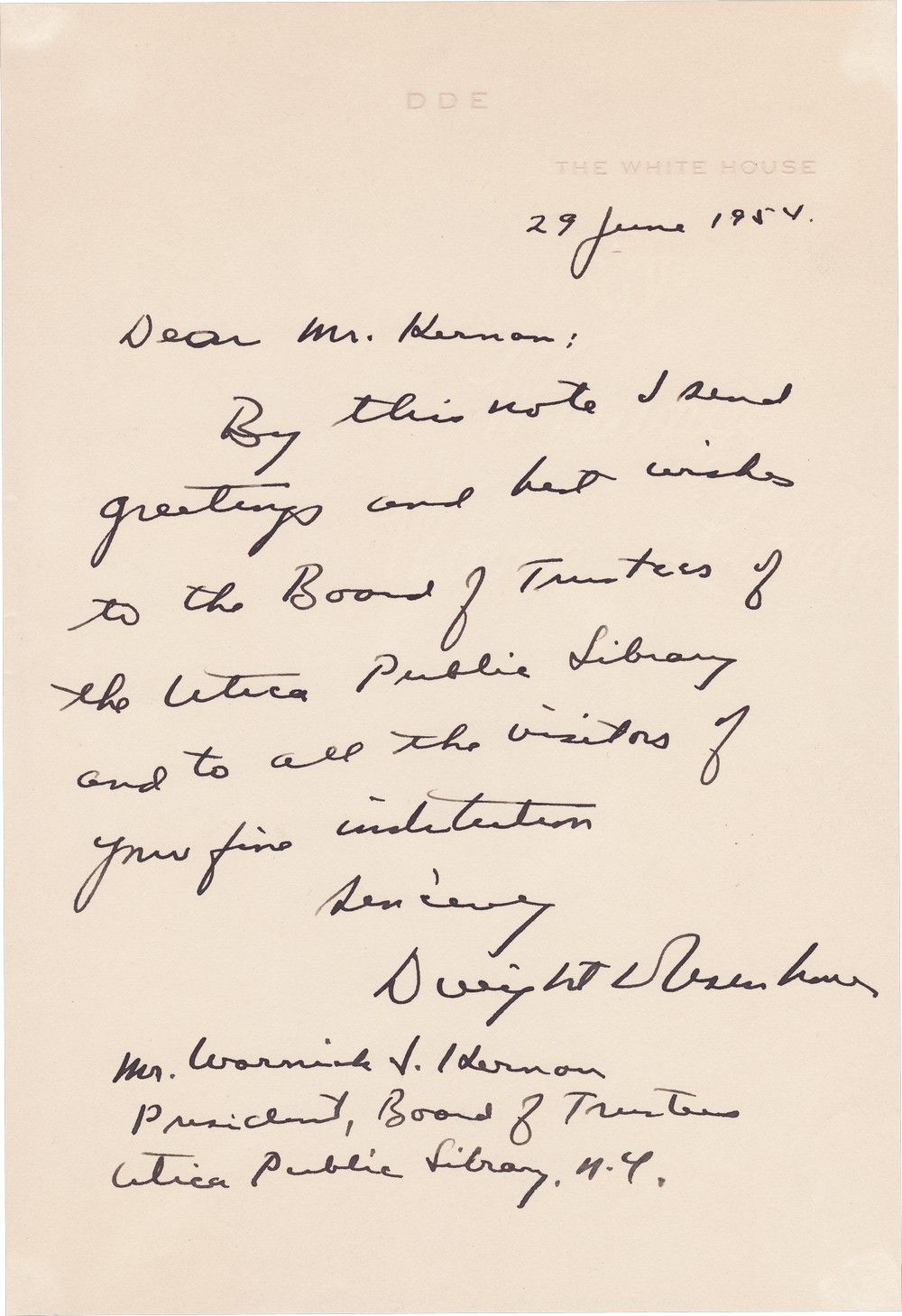 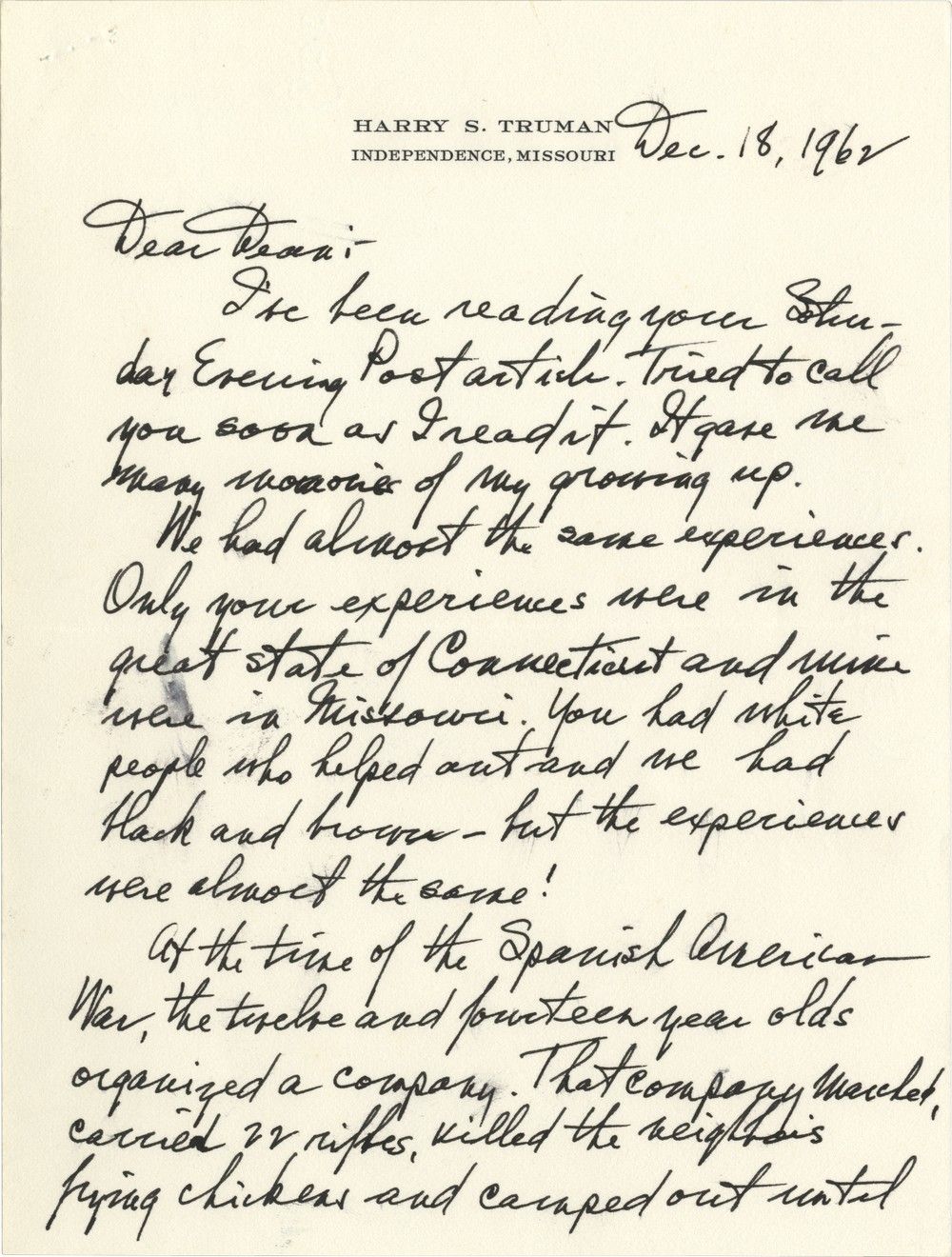 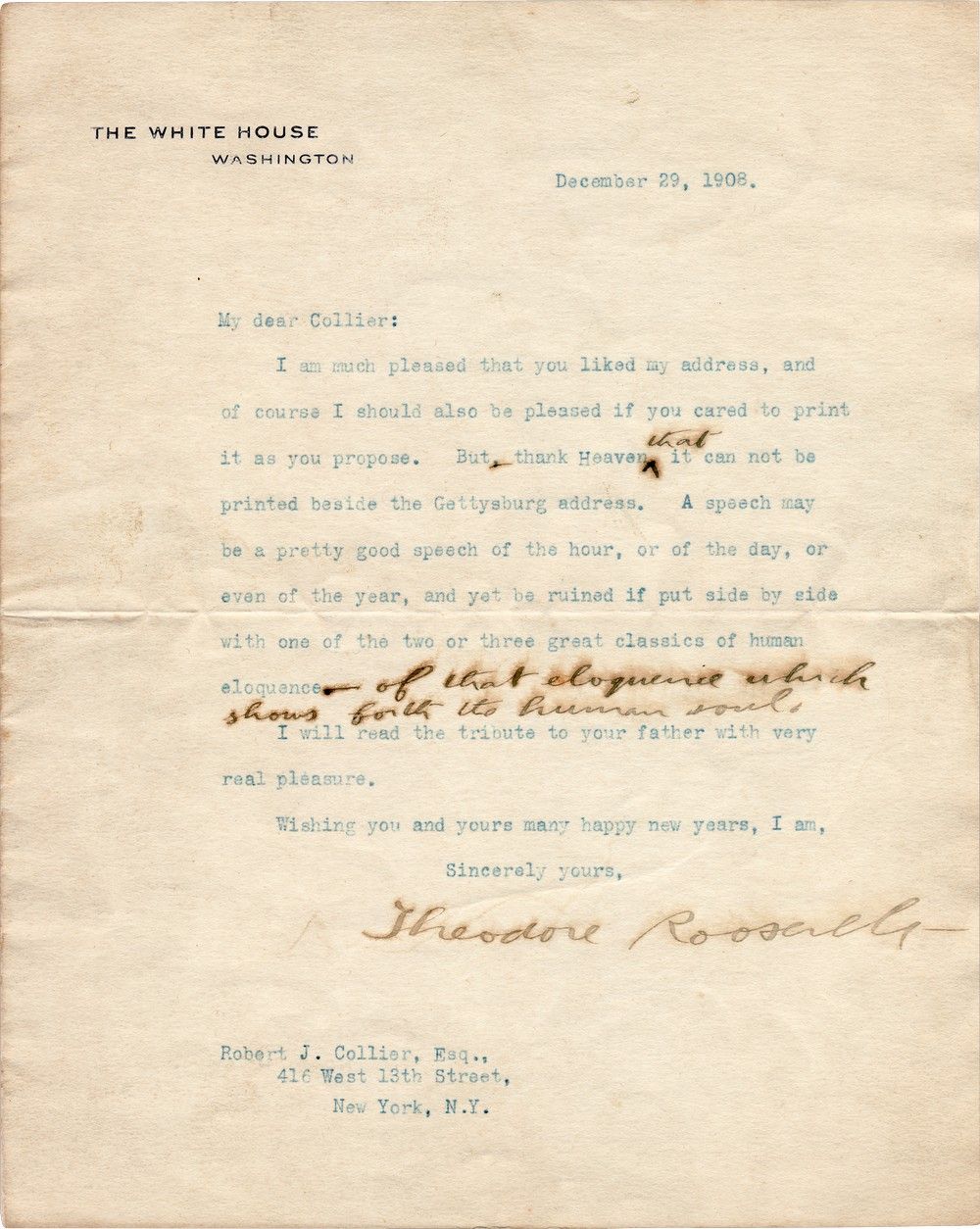