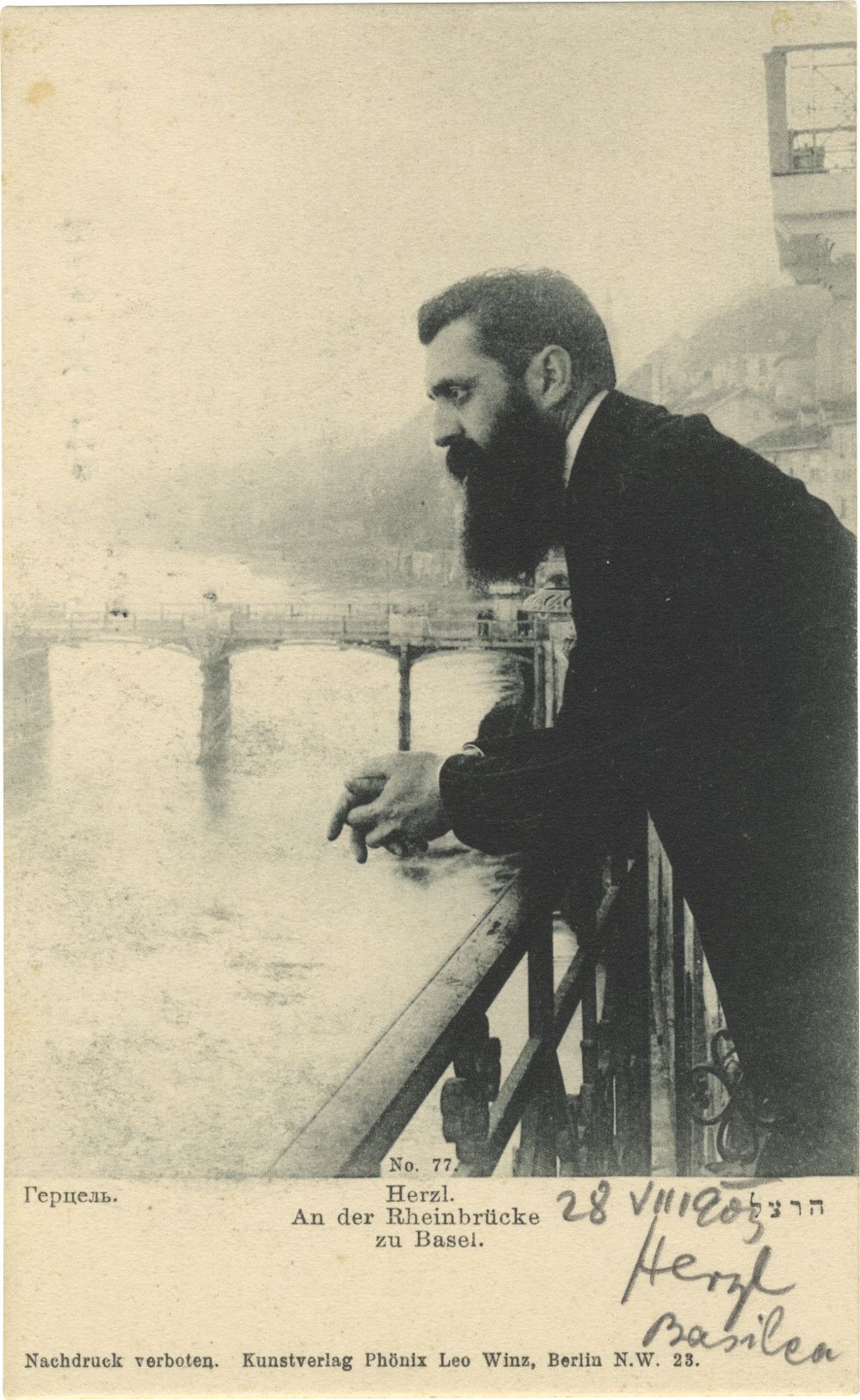 There are almost as many opinions, posed as fact, about when this most famous photo of Theodor Herzl was snapped, as there are, say, Torah commentaries, or even arguments for and against the Oxford comma. All are worthy but, in this case, only one is true. Here follows then, once and for all, the denier cri in this cause celebre...

This is known for a certainty because Lilien, who had photographed the Fifth Zionist Congress in Basel during December 26 to 30, 1901, wrote Herzl on January 28, 1902, as follows:

"Enclosed is an initial print of your photograph. Please do not be angry that you have waited for this print for a very long time. When I have completed the large amount of work I still must do, I will print additional copies for you..."

"Dear 'Lilies of the Field'... Many thanks for the picture of the Rhine background... Please send me a second copy for my mother..."

So there it is: chapter and verse. The most famous photograph of  Theodor Herzl was taken sometime between December 26 and 30th - very pleasantly, he says in the letter to Lilien - at the Fifth Zionist Congress, in Basel, in 1901.

But however charming the taking of the photo, the signing of it, at the Sixth Zionist Congress in Basel, on August 28, 1903, would carry a terrible portent: almost to the year, Herzl would be dead, of exhaustion, at the age of 44.Signed Photo, taken by E. M. (Ephraim Moshe) Lilien in late December 1901, being a postcard depicting Herzl staring into the Rhine from the balcony of room 117 at the Hotel Les Trois Rois in Basel, where he stayed during the First Zionist Congress (August 29 - August 31, 1897); dated in autograph Basel, August 28, 1903. 1 page, black and white, small oblong octavo. Rare.
Read More 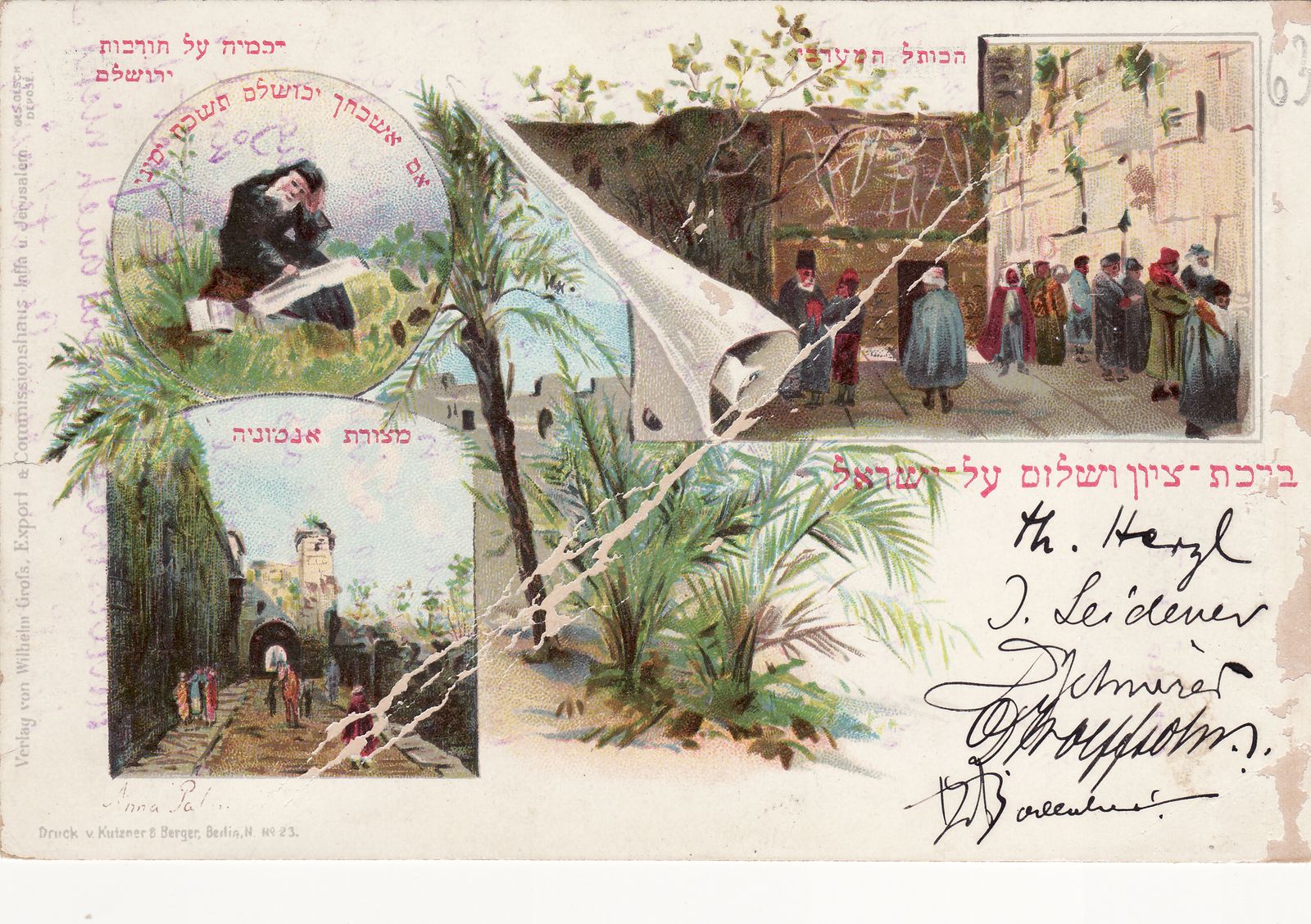 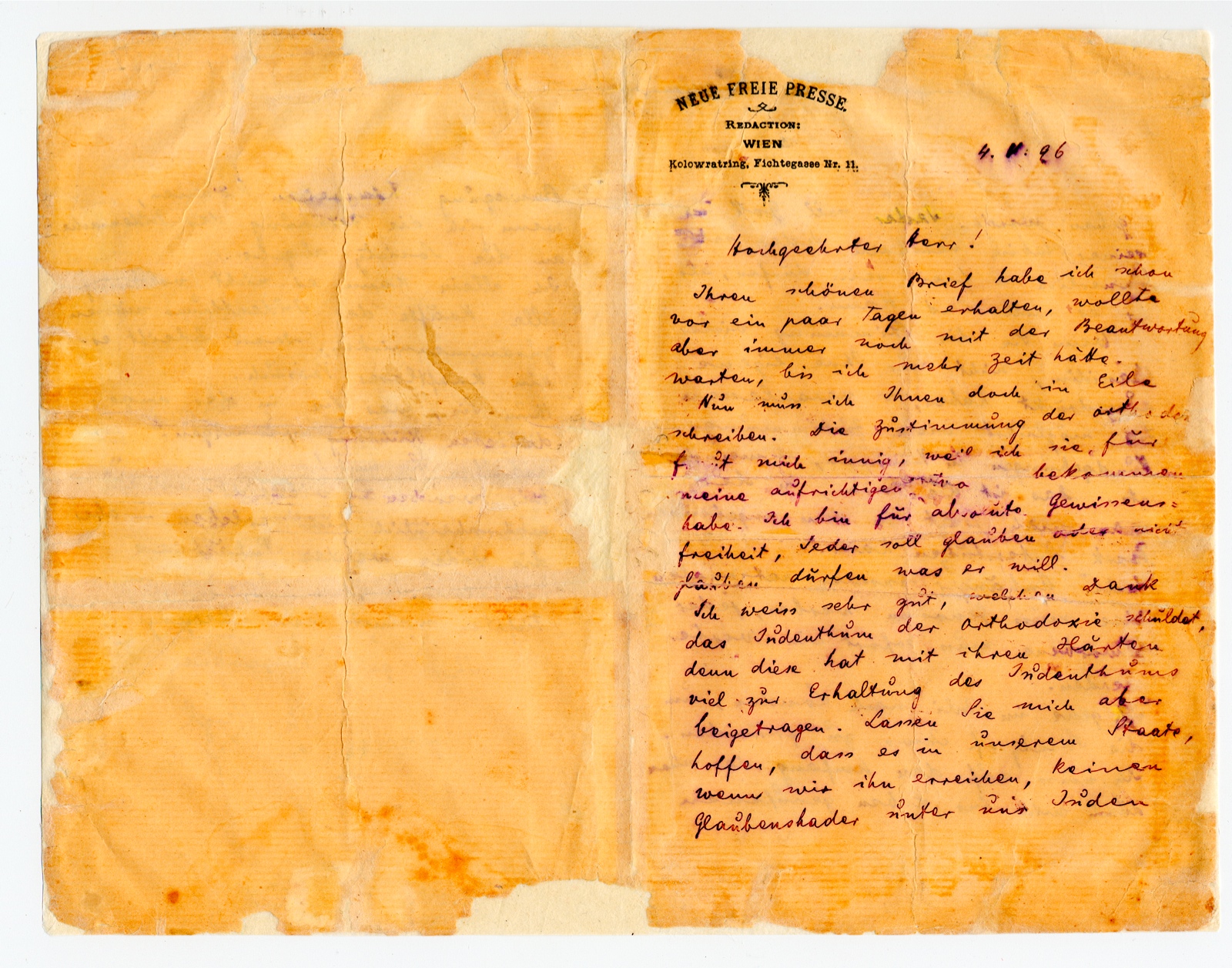 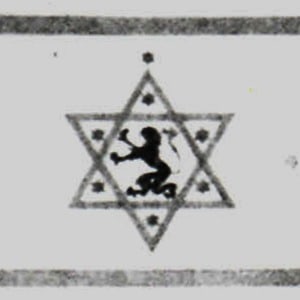 On the Rhine Bridge
to Basel. 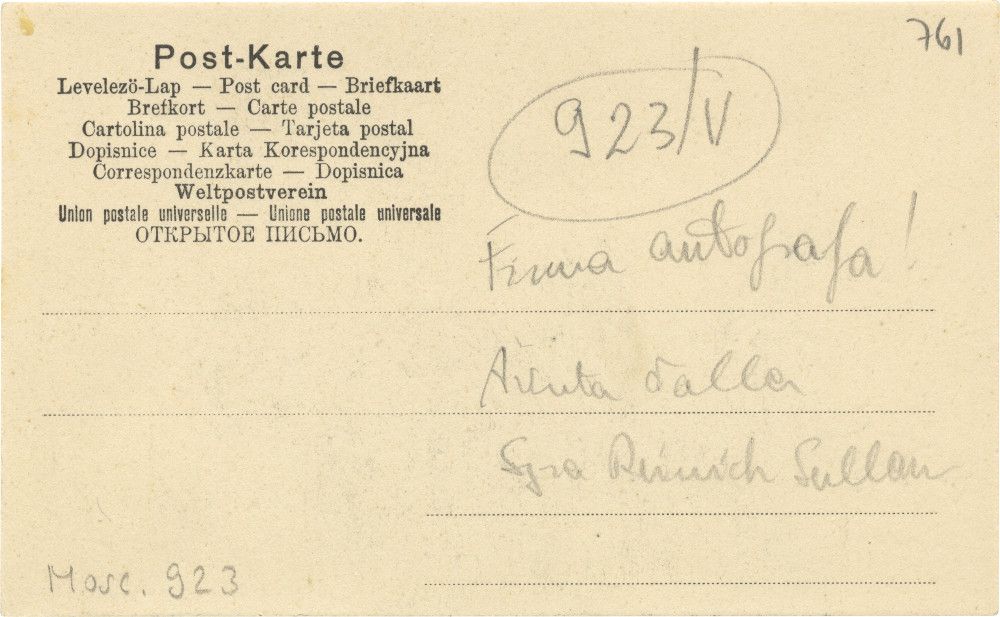 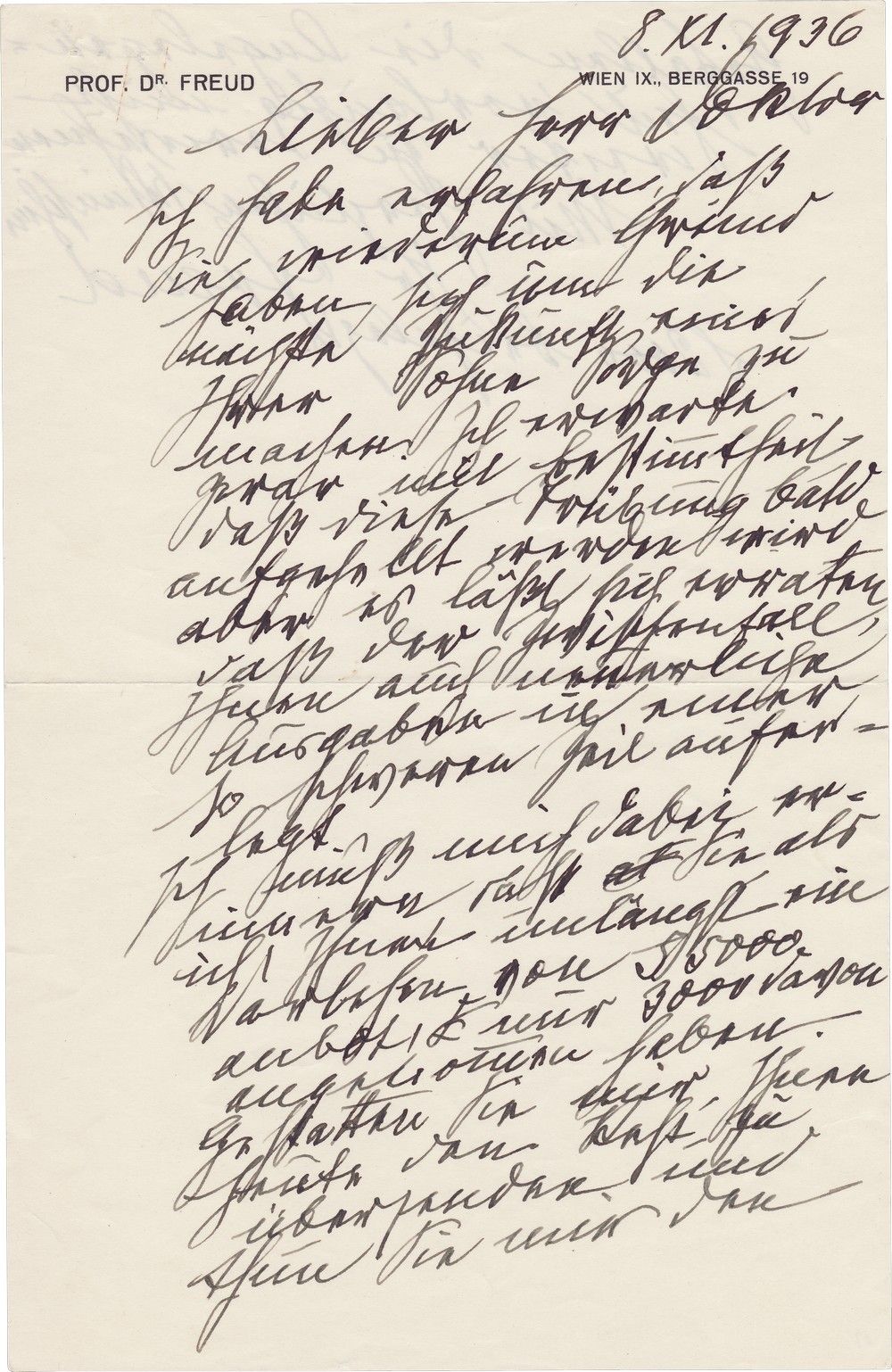