Theodor Herzl, Hustling and Bustling, Sends Thanks for a Joke 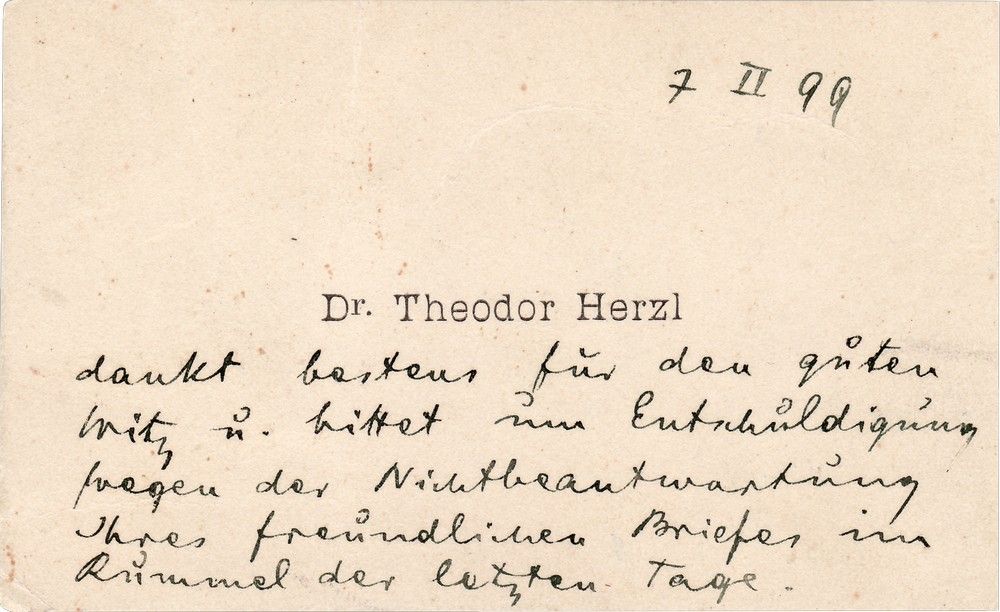 A cordial Herzl inscribes his thanks, on his personal calling card, “for the good joke,” and apologizes for not answering a friendly letter “in the hustle and bustle of recent days.”

expresses cordial thanks for the good joke and apologizes for not replying to your friendly letter in the hustle and bustle of recent days.