Robert Lincoln, it is said, was none too close to his father – especially during the White House years. “I scarcely even had ten minutes quiet talk with him during his Presidency,” he said, “on account of his constant devotion to business." But he respected, and took great pains to preserve and protect, the memory of his father. This letter finds him on Christmas Eve, writing about his gratification that “nearly twenty years after his death”, his father’s name is still current, and his memory, still respected:

It is naturally a matter of great gratification to me that a political club which would ordinarily take its name from its party or from its candidate find that its standing and aims are sufficiently well shown by using my father’s name, nearly twenty years after his death. It is more than a gratification – it is something for me to be proud of - that so many… have daily written of their respect for his memory.

Lincoln also expresses his gratification that he should be thought of as a possible presidential nominee himself – but he demurs: “I have no ambition,” he declares, “to have placed upon me the performance of more difficult duties than those I am now engaged in.” Nonetheless, at the 1884 Republican convention, Lincoln’s name was entered into nomination; he received, on two ballots, six votes total.
Autograph Letter Signed, as Secretary of War, marked “Personal”, 4 pages, recto and verso, octavo, Washington, December 24, 1883. To Mr. Lannigan.
Read More

that its standing and aims are sufficiently well shown by using my fathers [sic] name, nearly, twenty years after his death - It is more than a gratification – it is something for me to be proud of - that so many republican shall thus have daily witness to their respect for his memory. 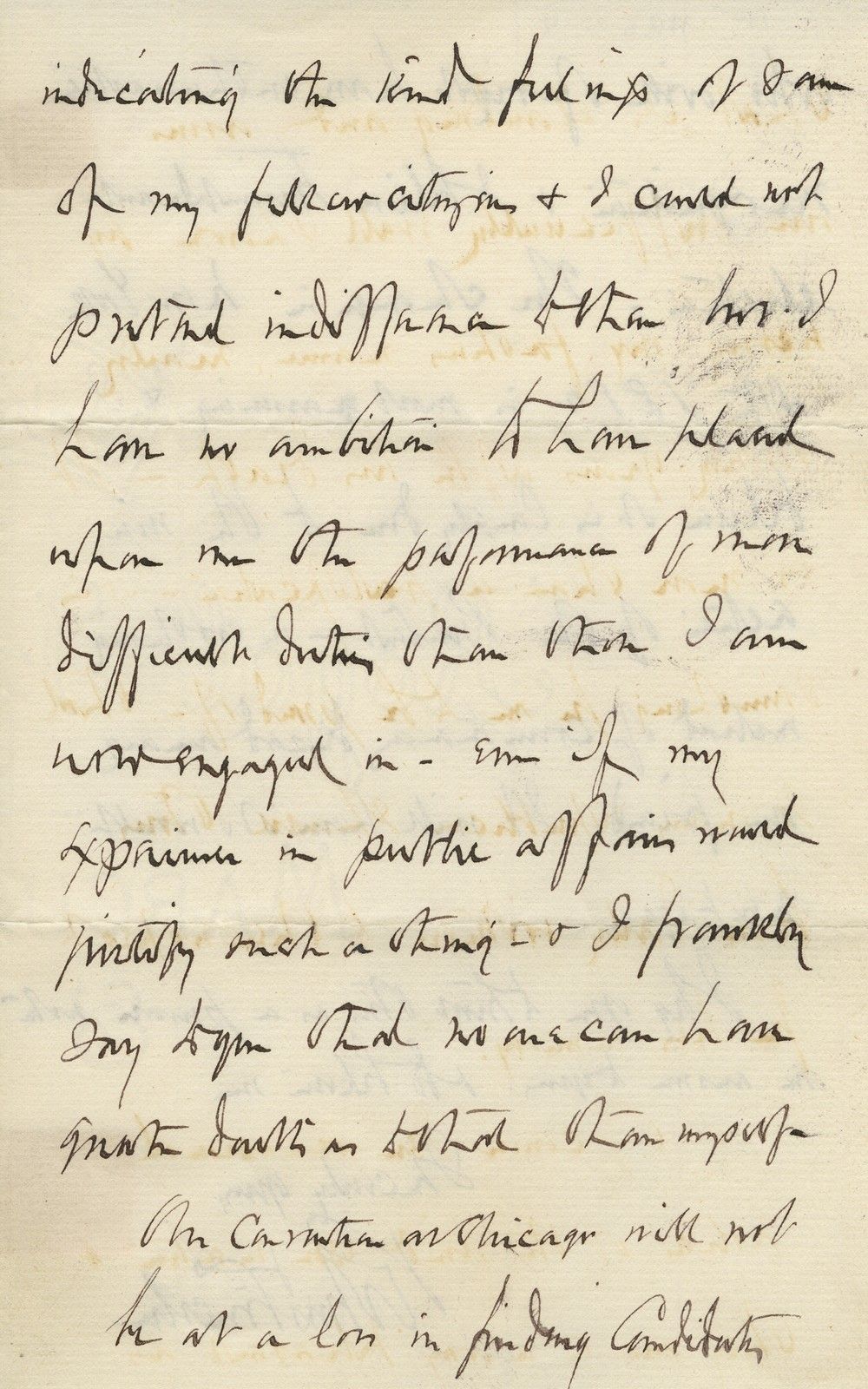 who will of right have enthusiastic recognition & I believe triumphant election. The change in New York after 1882 is most [...] & I believe it is largely due to the inaction of the President – in everything instead of containing discord among our friends. It will have its result next year-

I beg you to think of this as a private note in answer to yours, & to believe me,