Taft, Running for President Against Theodore Roosevelt, Calls Him a "General Menace" To the Country 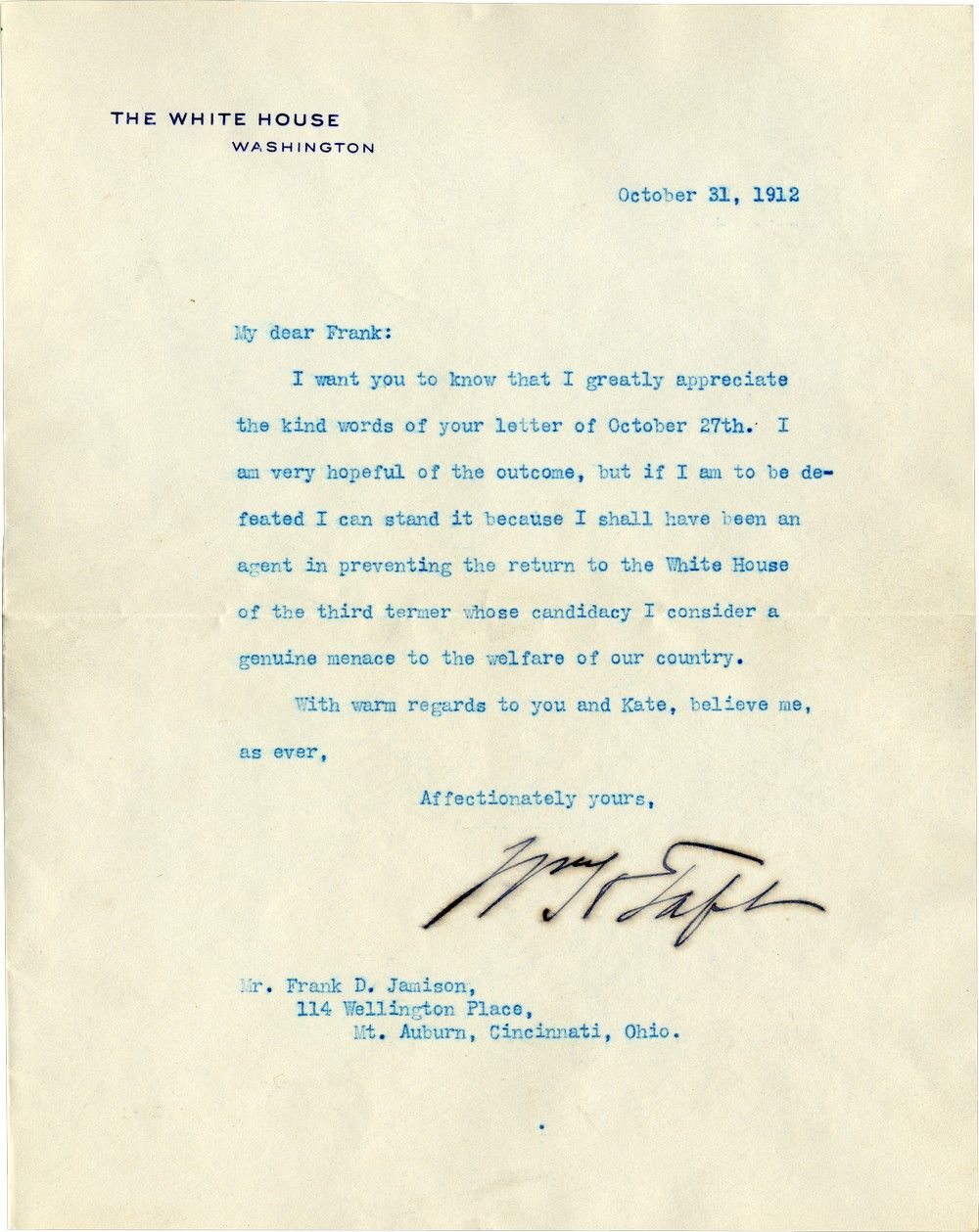 Theodore Roosevelt, shot at less than three weeks before as he campaigned for a third term as a third party candidate, was barely out of the hospital when his hand-picked successor, Taft, wrote this withering assessment of his one-time mentor. Roosevelt, he says here, is “a genuine menace to the welfare of our country.” Even if he is defeated for re-election, Taft declares, he can stand it, having thwarted that third termer’s bid to regain the White House.
Typed Letter Signed, as President, 1 page, quarto, The White House, Washington, October 31, 1912. To Frank D. Jamison in Cincinnati.
Read More 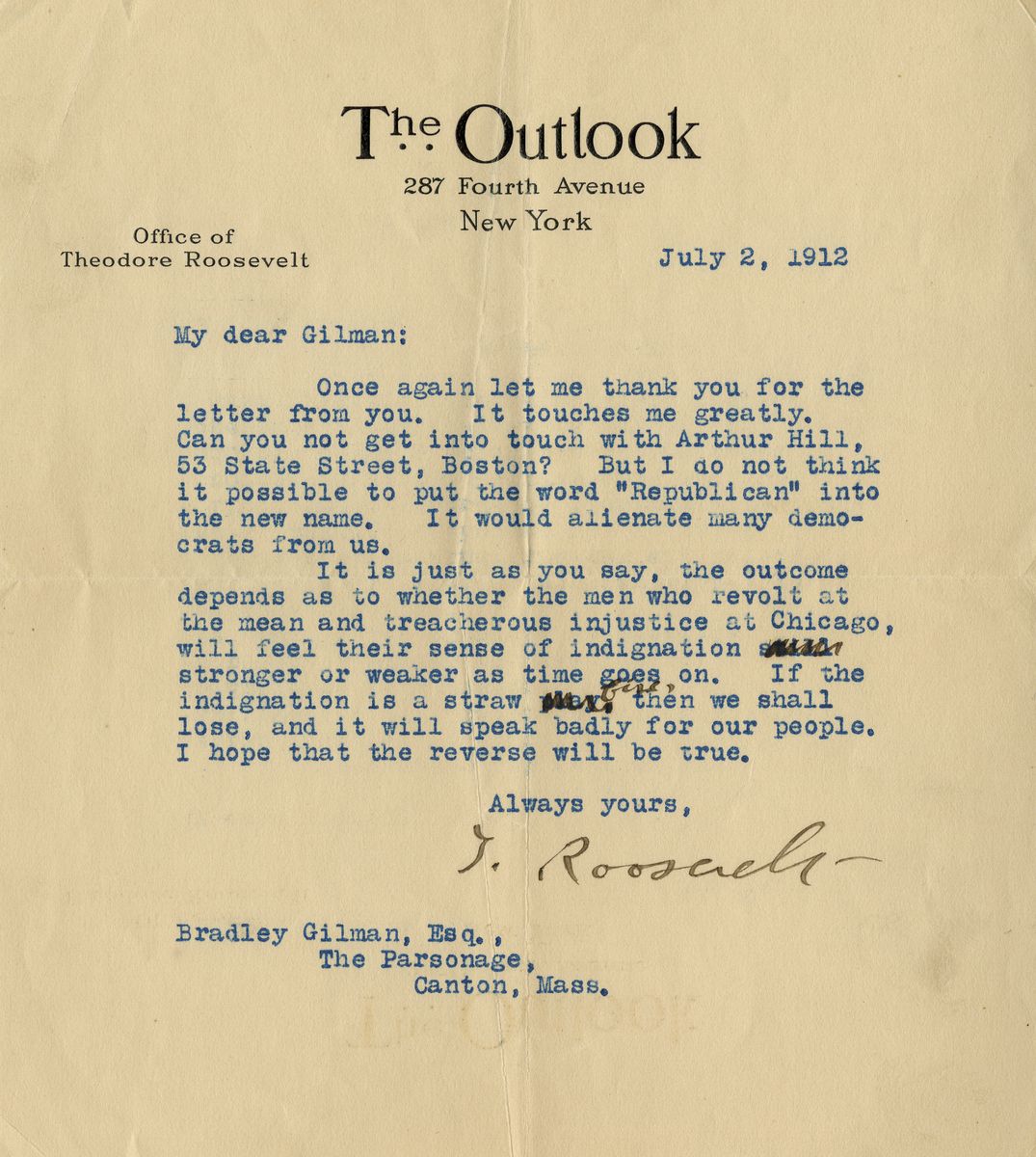 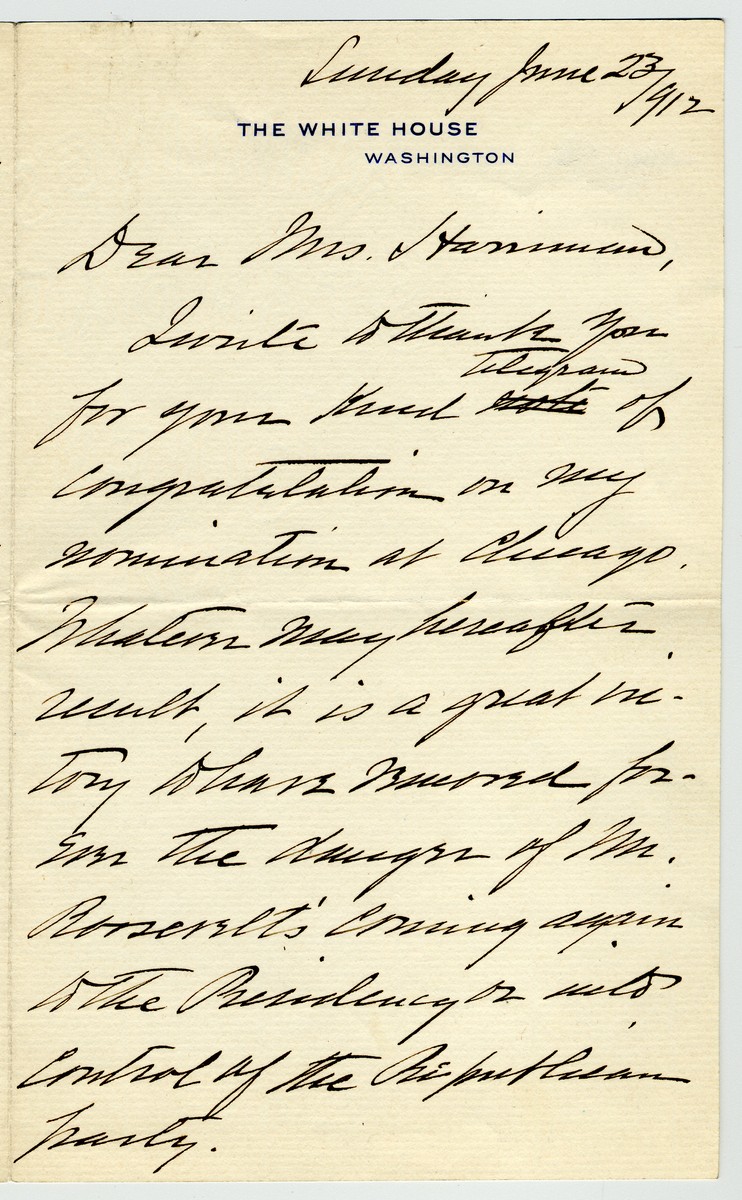 I want you to know that I greatly appreciate the kind words of your letter of October 27th. I am very hopeful of the outcome, but if I am to be defeated I can stand it because I shall have been an agent in preventing the return to the White House of the third termer whose candidacy I consider a genuine menace to the welfare of our country.

With warm regards to you and Kate, believe me, as ever, 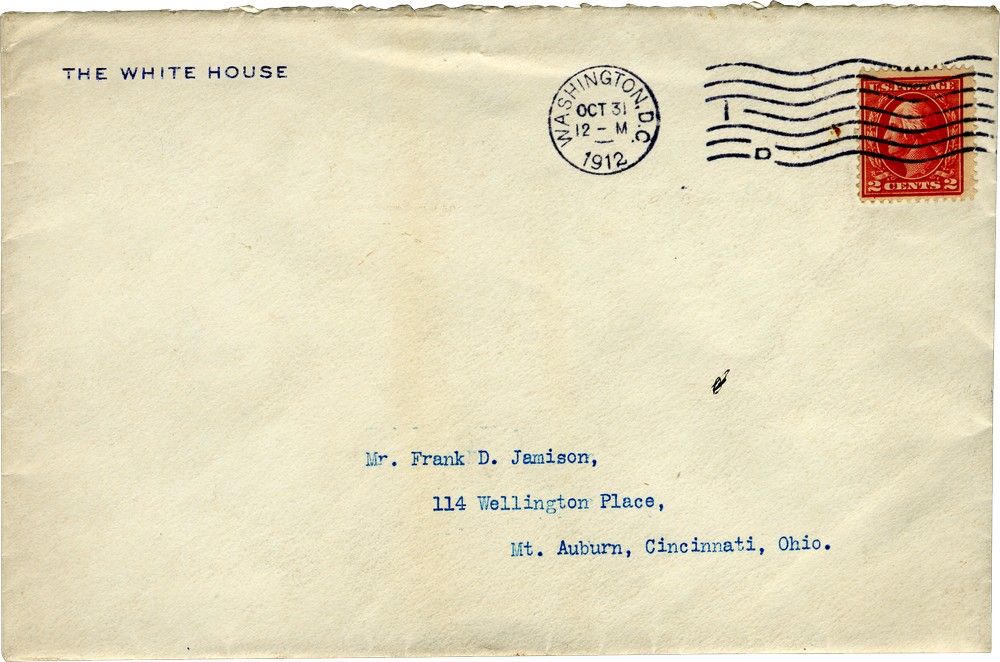 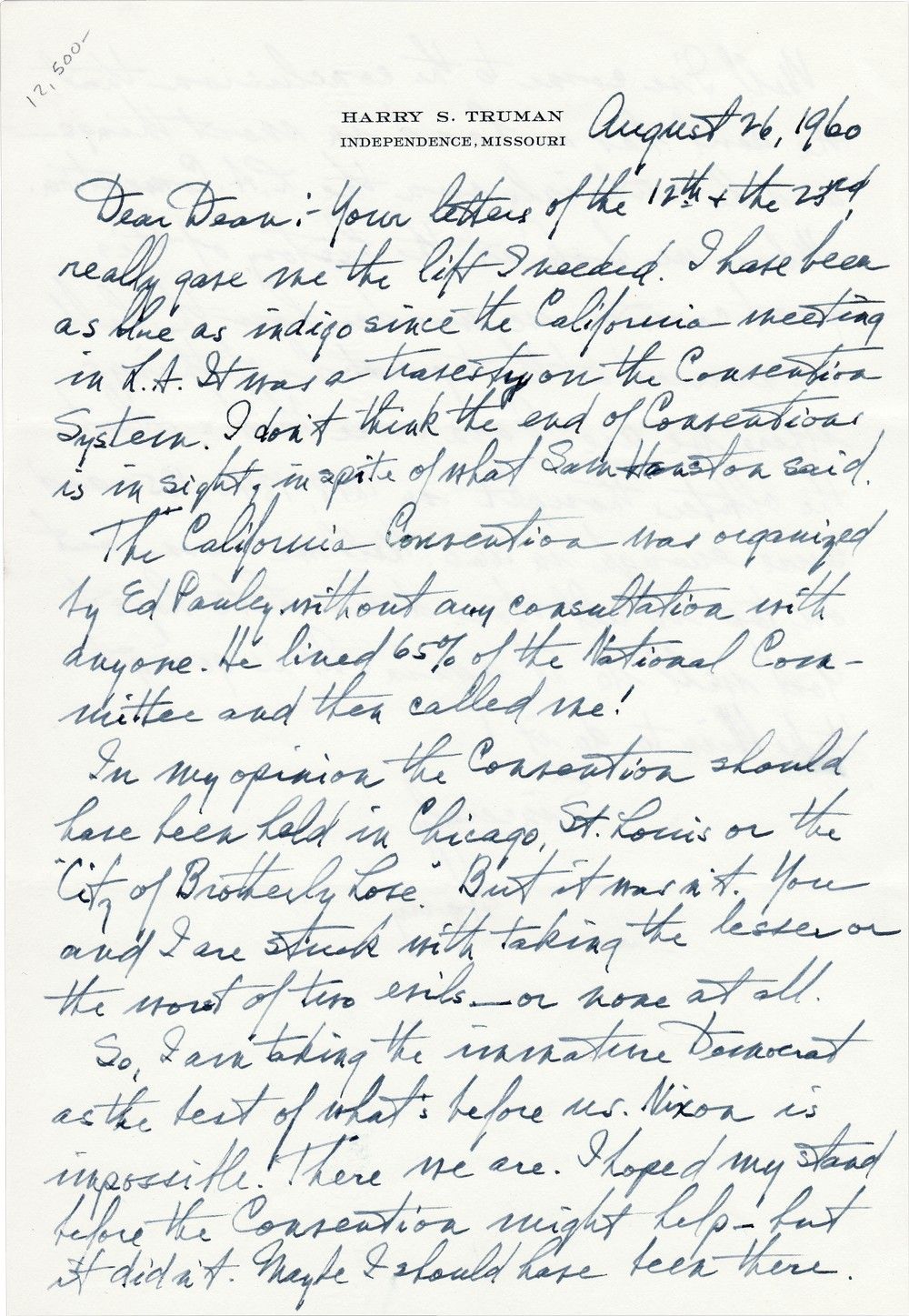 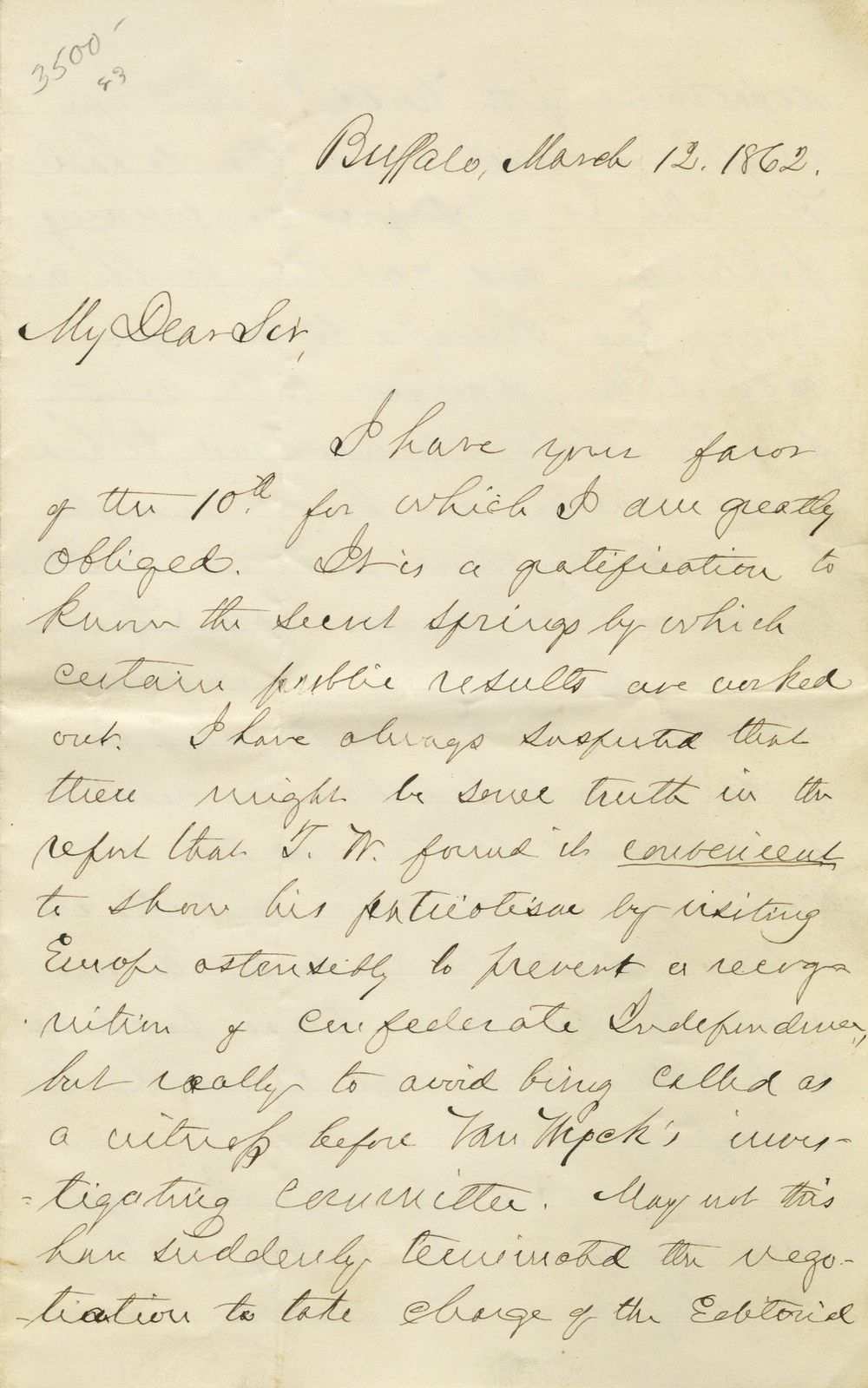