Mark Twain (Samuel Clemens) writes about his lecture tour set to begin in November 1868: if he has told Crane the title of his lecture already, he begs to alter it now. “It has a little different shape from what I had expected,” he says, “so I now call it "The American Vandal Abroad." He adds that “I am one of those myself.”

Twain’s tour, on the Quaker City Cruise on which his forthcoming book, The Innocents Abroad, was based, offered lighthearted anecdotes about Italy, Greece and Russia, and somewhat more serious material on the Holy Land and Egypt. It was comprised of some 40 venues, in the Midwest and East, and lasted from November 1867 to March 1868.

Twain's use of the title, "The American Vandal Abroad" – a play on The Innocents Abroad - suggests that perhaps American tourists to the Holy Land weren't always so innocent… In Innocents, Twain recorded, aghast, how these religious pilgrims sliced off souvenirs from venerable biblical sites in Palestine. He also witnessed the same kind of behavior in parts of Europe.
Autograph Letter Signed (“Mark Twain”), 1 page, octavo, 148 Asylum Street, Hartford, October 7, no year [1868]. To Henry M. Crane (misaddressed here as C.M. Crane)
Read More 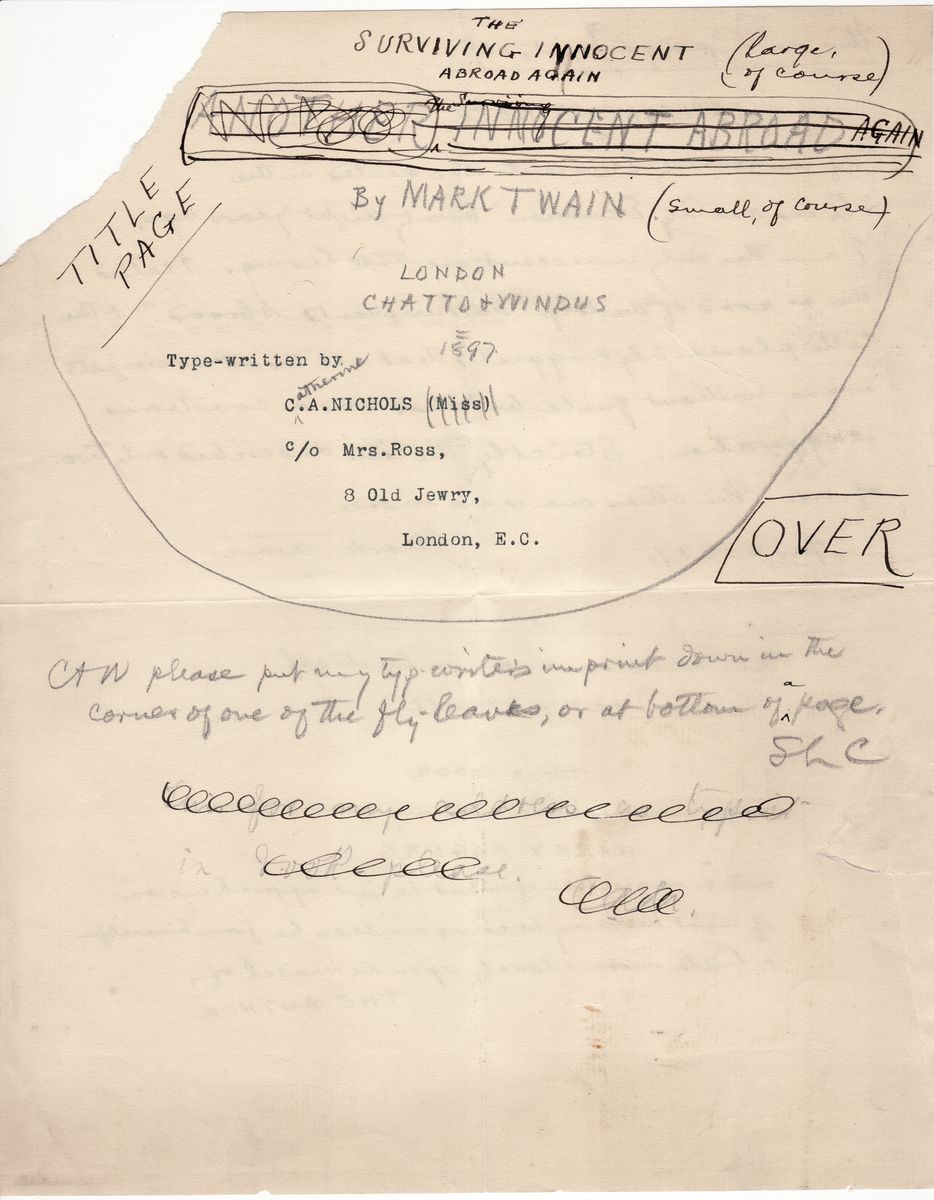 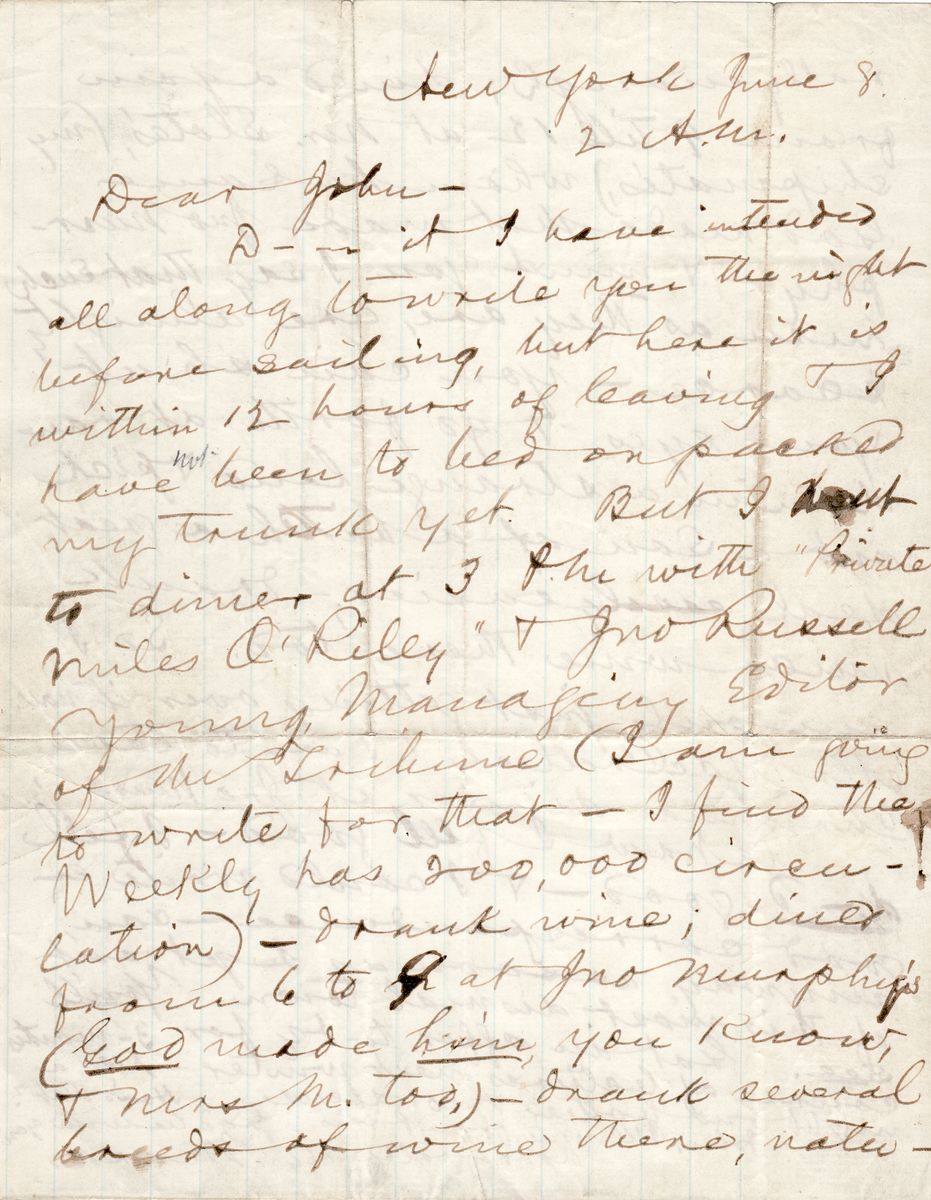 Dear Sir : If I have heretofore told you the title of my proposed lecture I beg to alter it. I had not then written the lecture. I have just finished writing it now, & it has taken a little different shape from what I had expected -- so I now call it "The AmericanVandal Abroad." I am one of those myself. 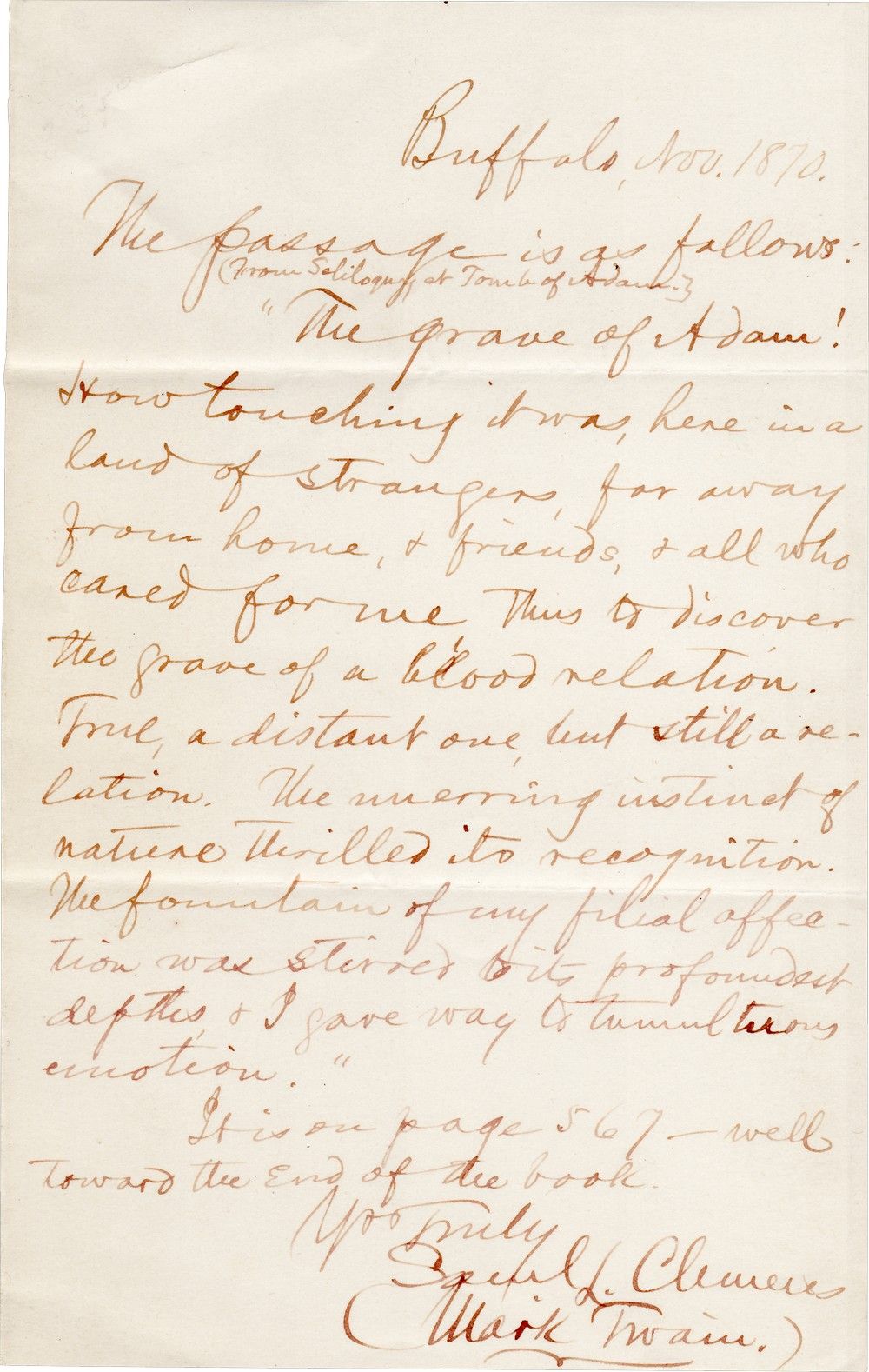