The Baltimore Plot and Attempted Assassination of Abraham Lincoln 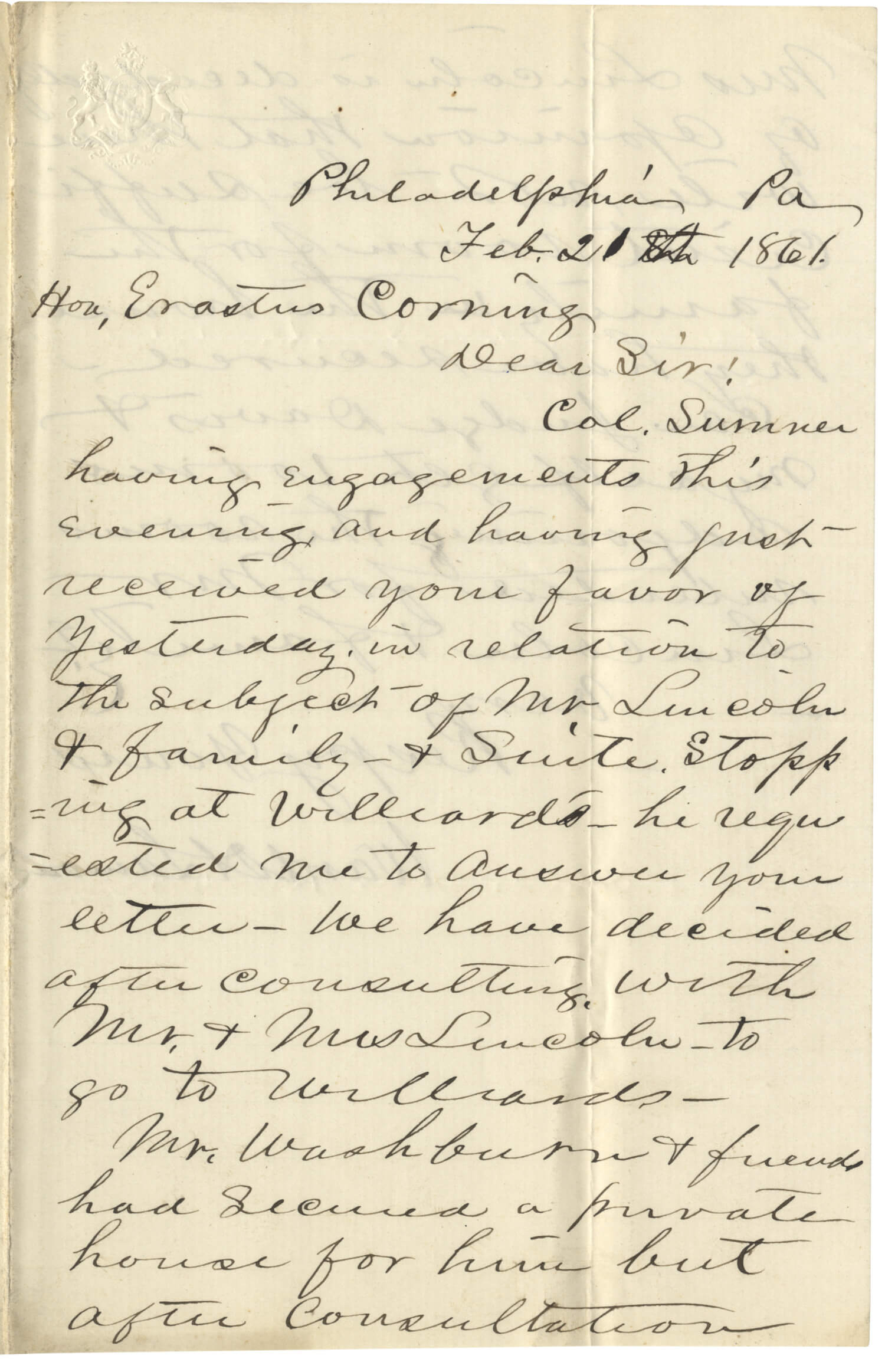 On the very day that Lincoln received news of a plot to kill him on route to the Inauguration, his friend and bodyguard Ward Lamont confirms that the President-Elect will stay at a public hotel, Willard’s, in Washington, for the nine days prior to his move into the Executive Mansion. “Mr. [Elihu] Washburn & friends had secured a private house for him,” Lamon explains, “but after consultation Mrs. Lincoln is decidedly of opinion that there will not be sufficient room for the family in the house they have secured.” He asks, then, that Judge Davis and himself be given rooms next to the Lincoln family.

Mrs. Lincoln’s reservations about the proposed accommodations, as it happened, were not about a private house, but only at which hotel the family should stay. Despite the fact that Lincoln was the object of assassins, and his security better served in a private home rather than a public inn, politically he was obliged to stay at a hotel. The truth was, as Lincoln had been told in no uncertain terms by his supporters, he was now public property, and ought to be where the public had access to him.

Col. Sumner having engagements this evening, and having just received your favor of yesterday in relation to the subject of Mr [sic] Lincoln & family -- & Suite. [sic] Stopping at Willard’s_ [sic] he requested me to answer your letter -- We have decided after consulting with Mr. & Mrs [sic] Lincoln _ to go to the Willards --

Mr. Washburn & friends had secured a private house for him but after consultation 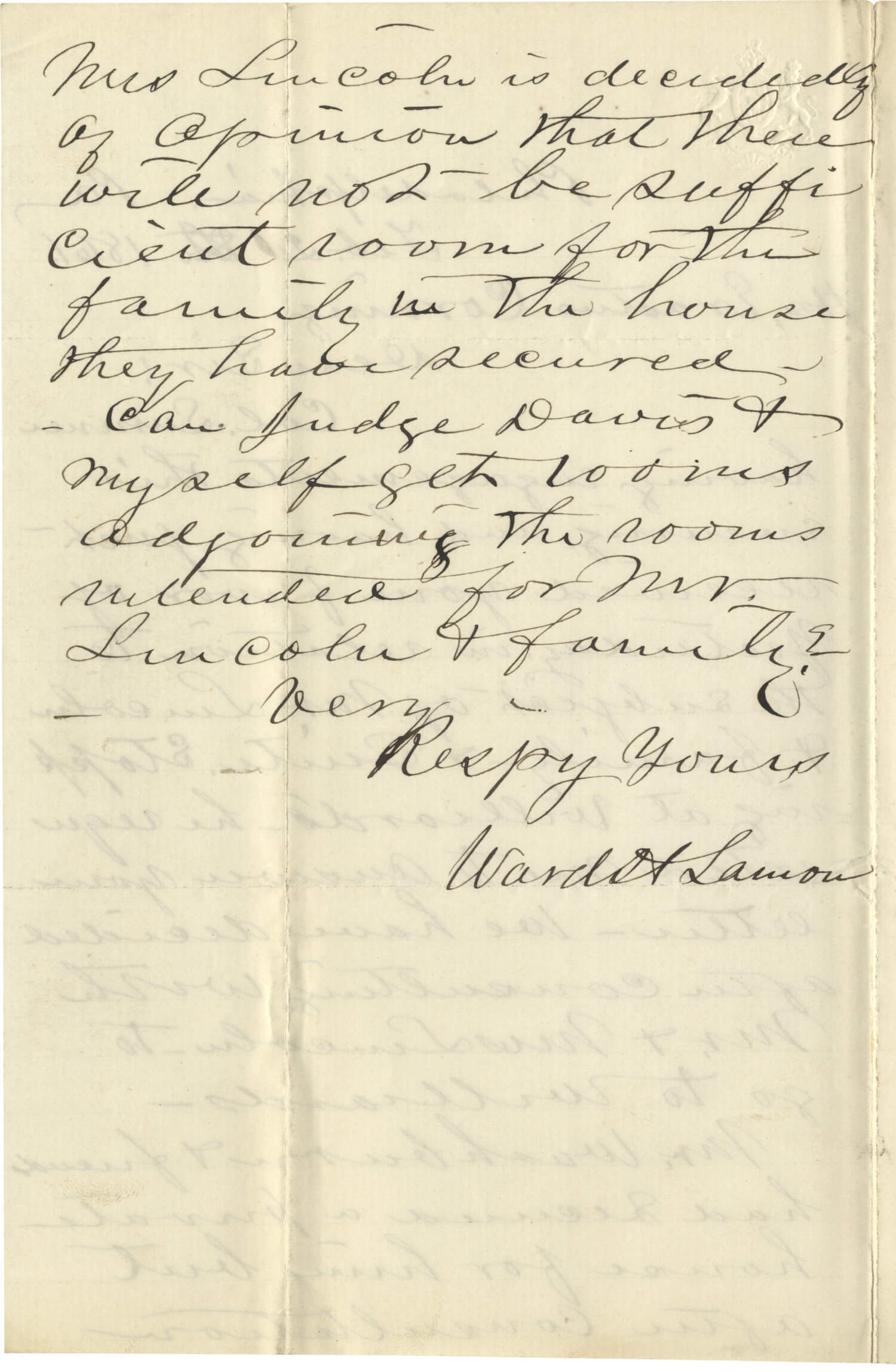 Can Judge Davis & myself get rooms adjoining the rooms intended for Mr. Lincoln & family? 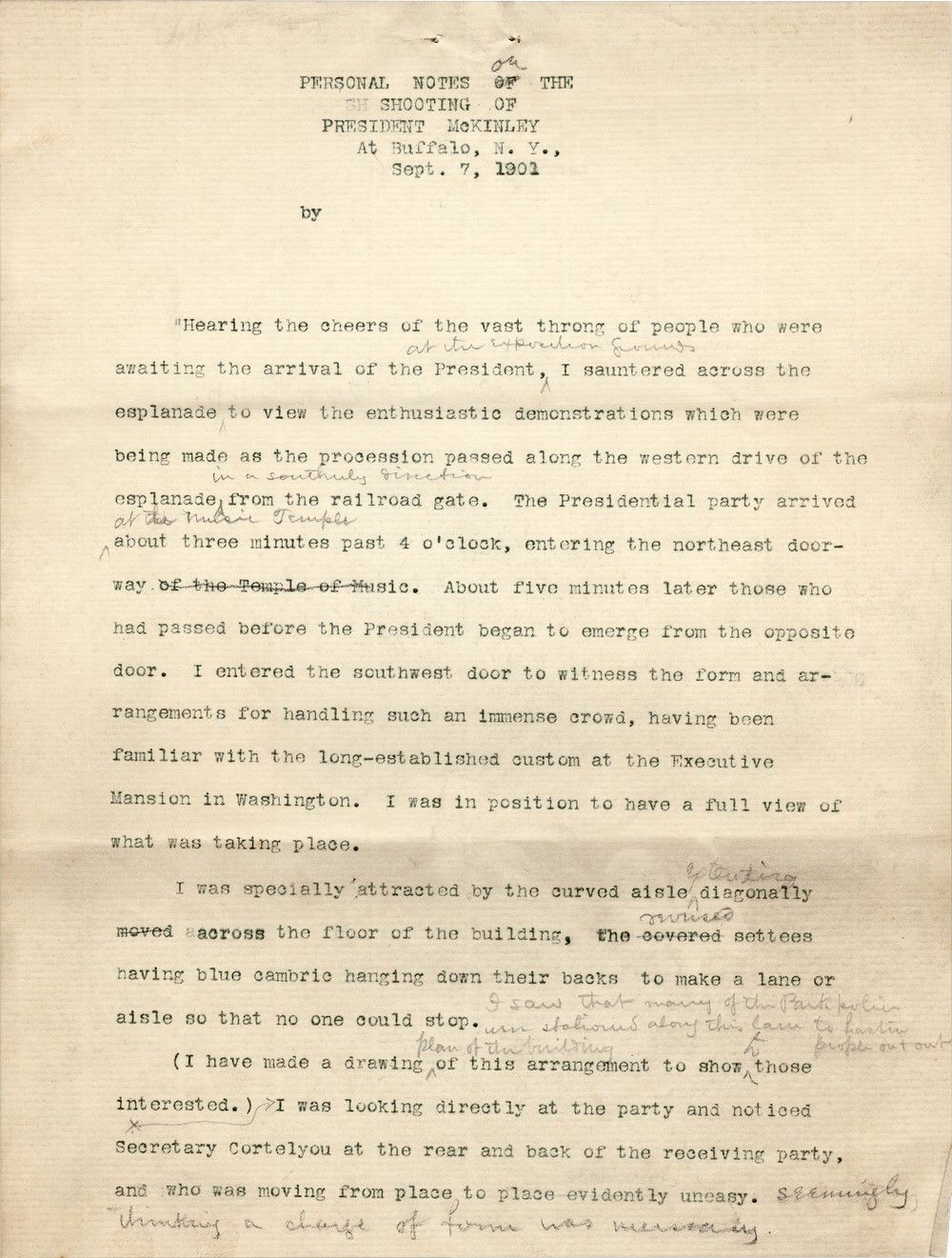 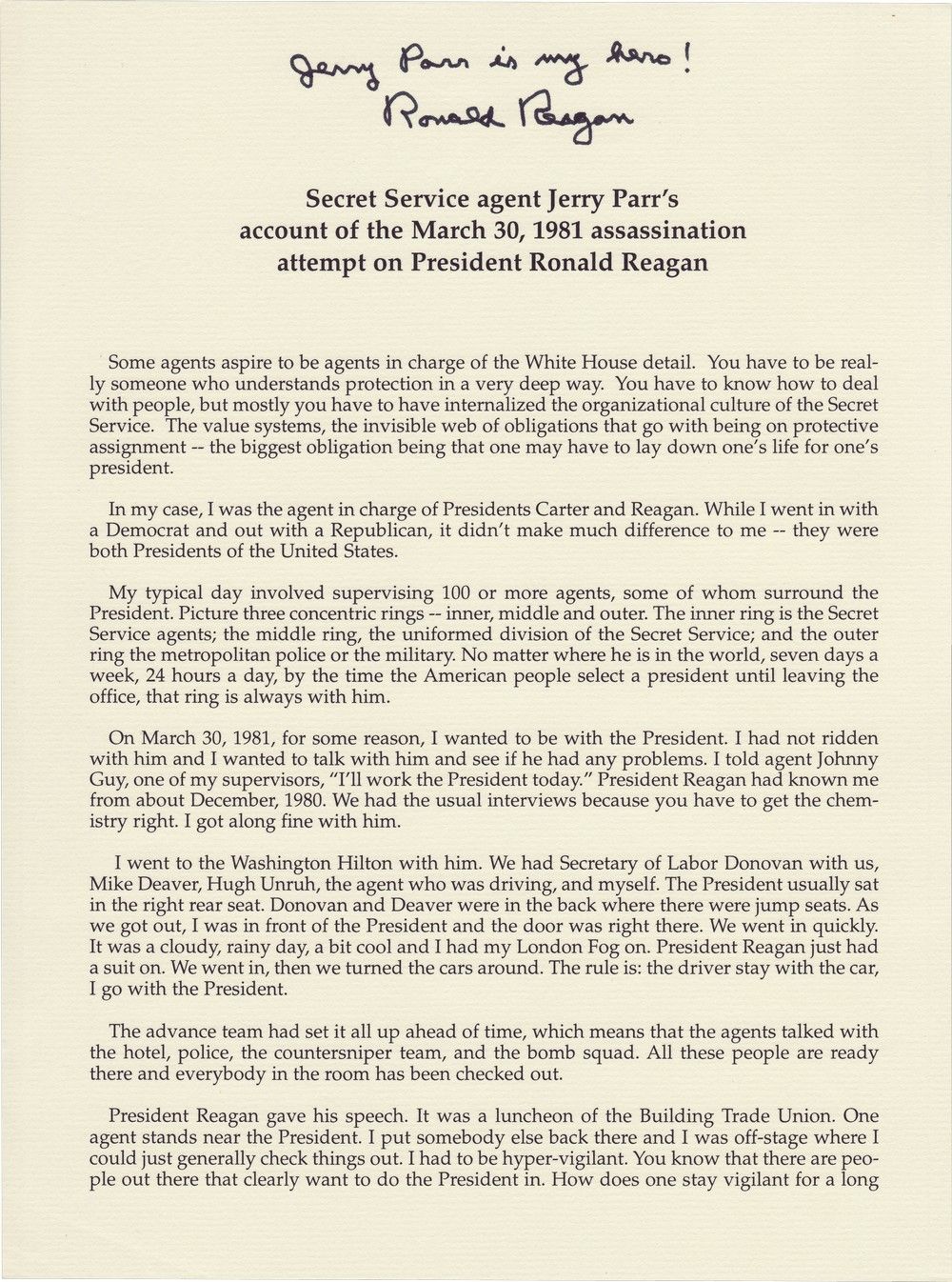 A Secret Service Agent's Account of the Reagan Assassination Attempt, Signed by Reagan