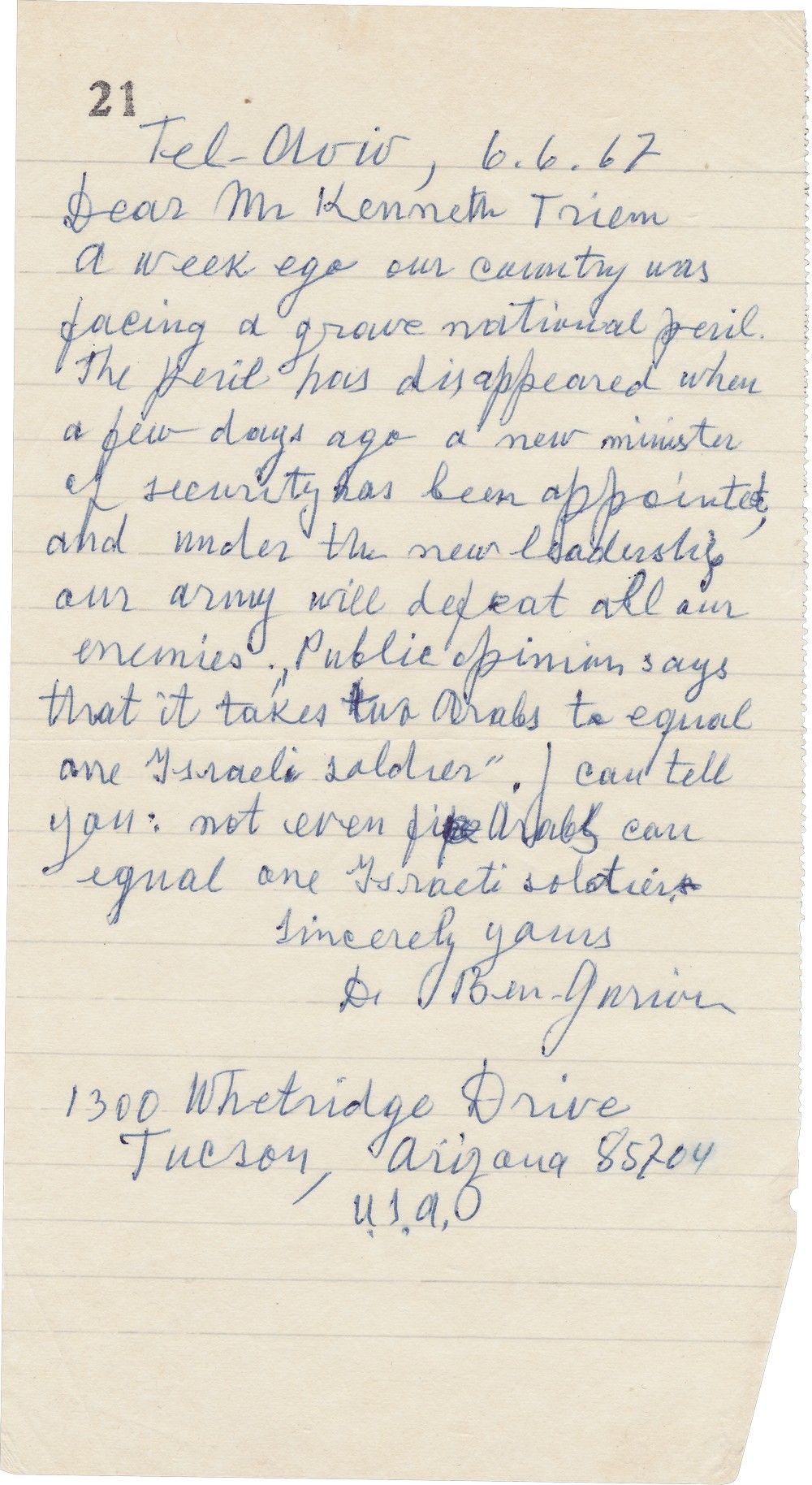 Writing the day after the Six Day War began, Ben-Gurion says that the nation, just the week before, had faced a “grave national peril” which, owing to the appointment of Moshe Dayan as Minister of Defense, has now disappeared. “Under the new leadership our army will defeat all our enemies,” Ben-Gurion predicts– accurately, for the war ended in an immense victory. According to Ben-Gurion, this was due to the fact that, contrary to public opinion, it did not take “two Arabs to equal one Israeli soldier," he writes, "Not even five Arabs can equal one Israeli soldier.”
Autograph Letter Signed (“D. Ben-Gurion”), in English, 1 page, octavo, Tel Aviv, June 6, 1967. To Kenneth Triem in Tucson.
Read More 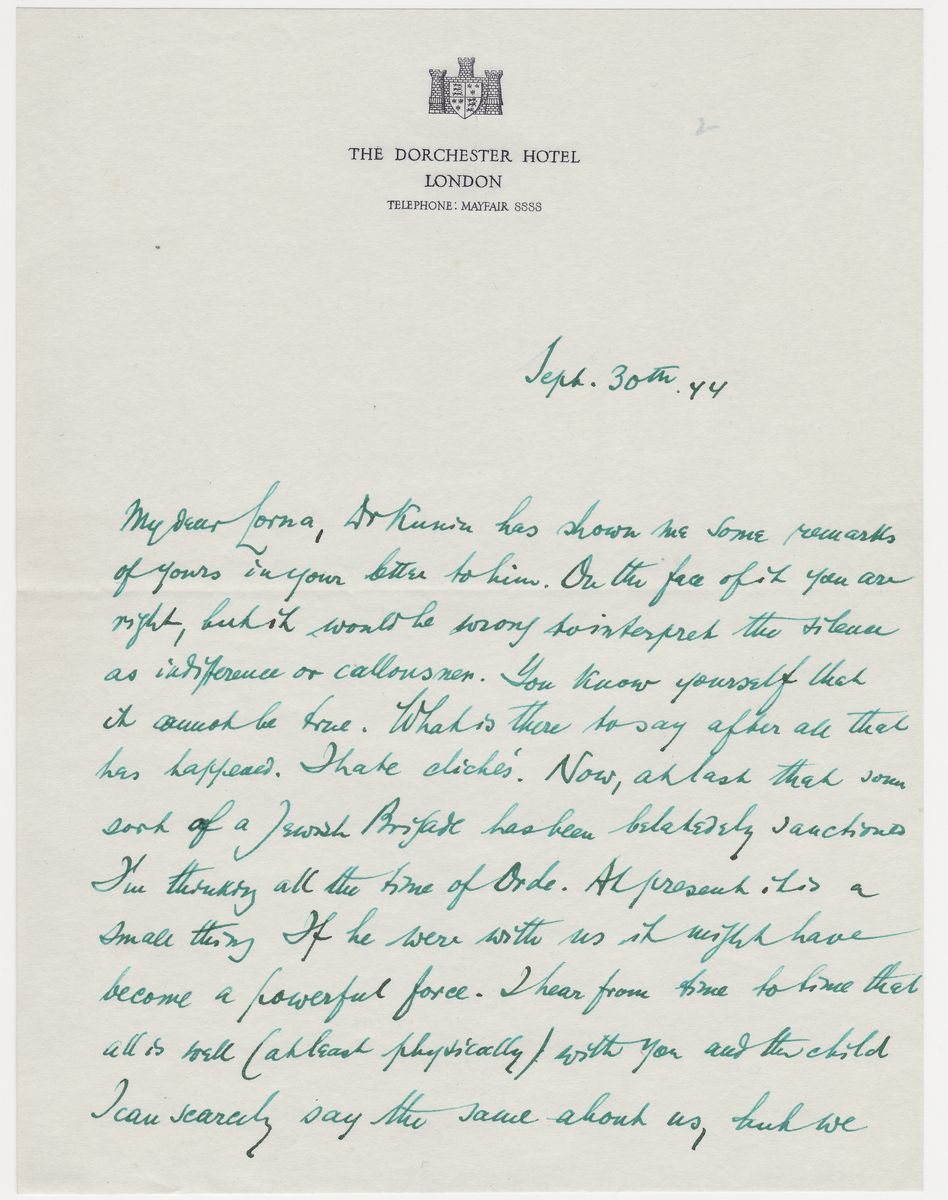 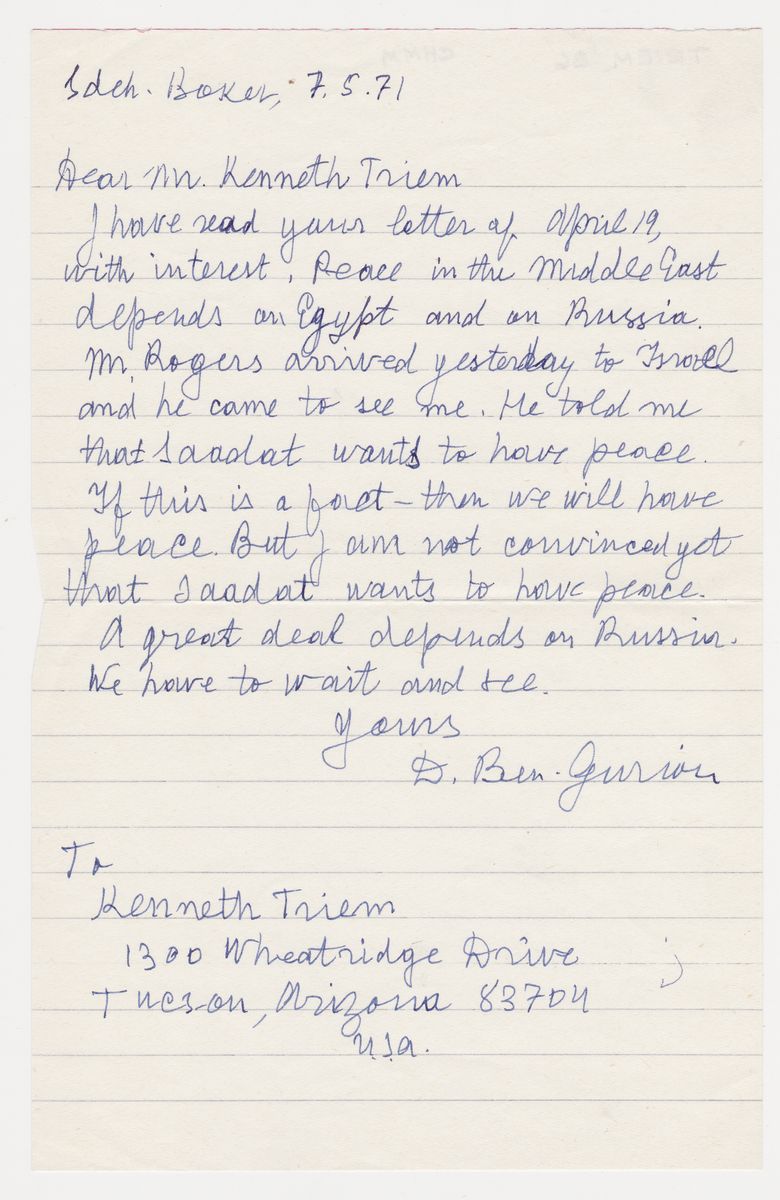 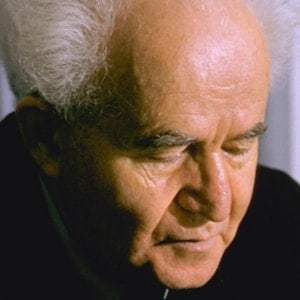 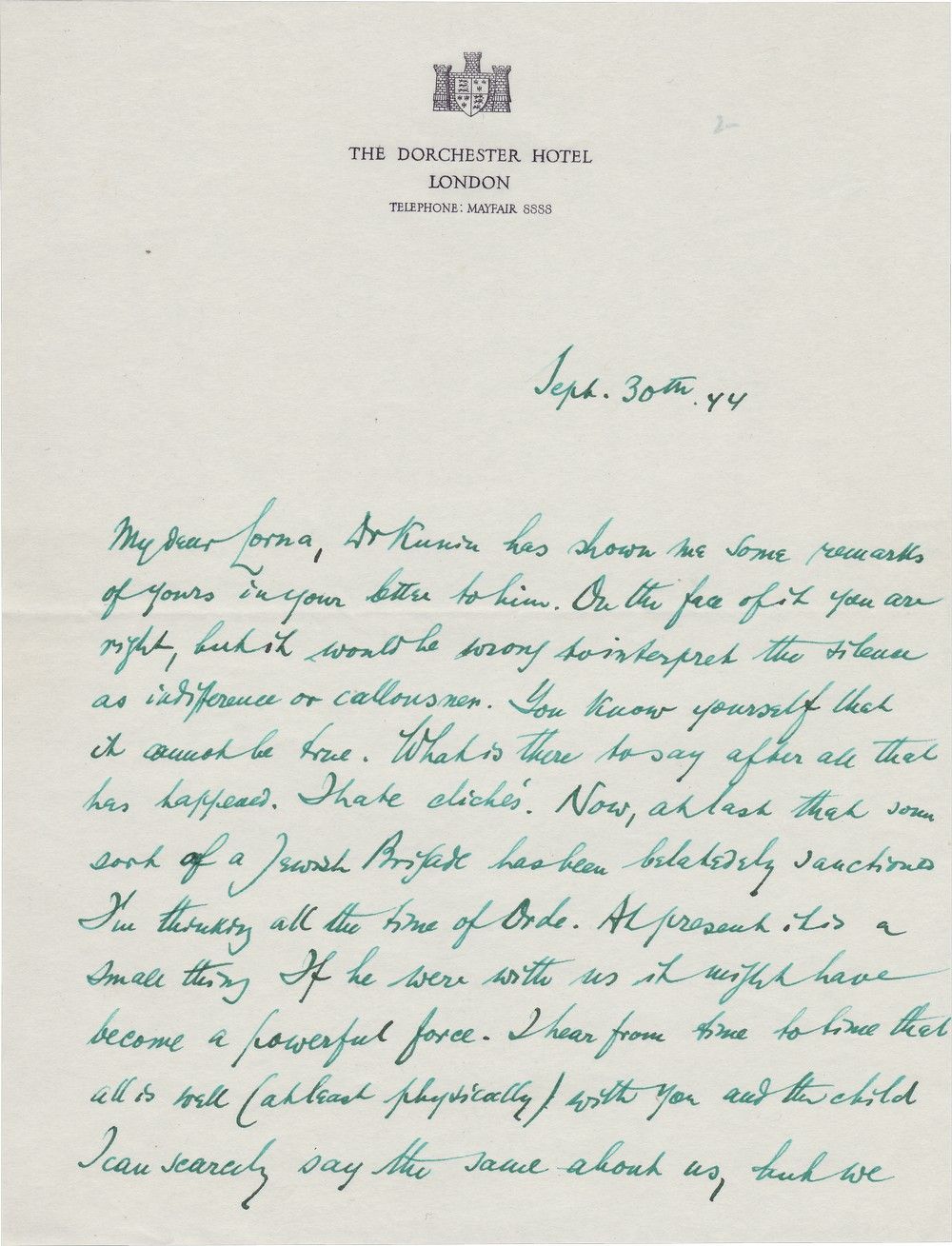 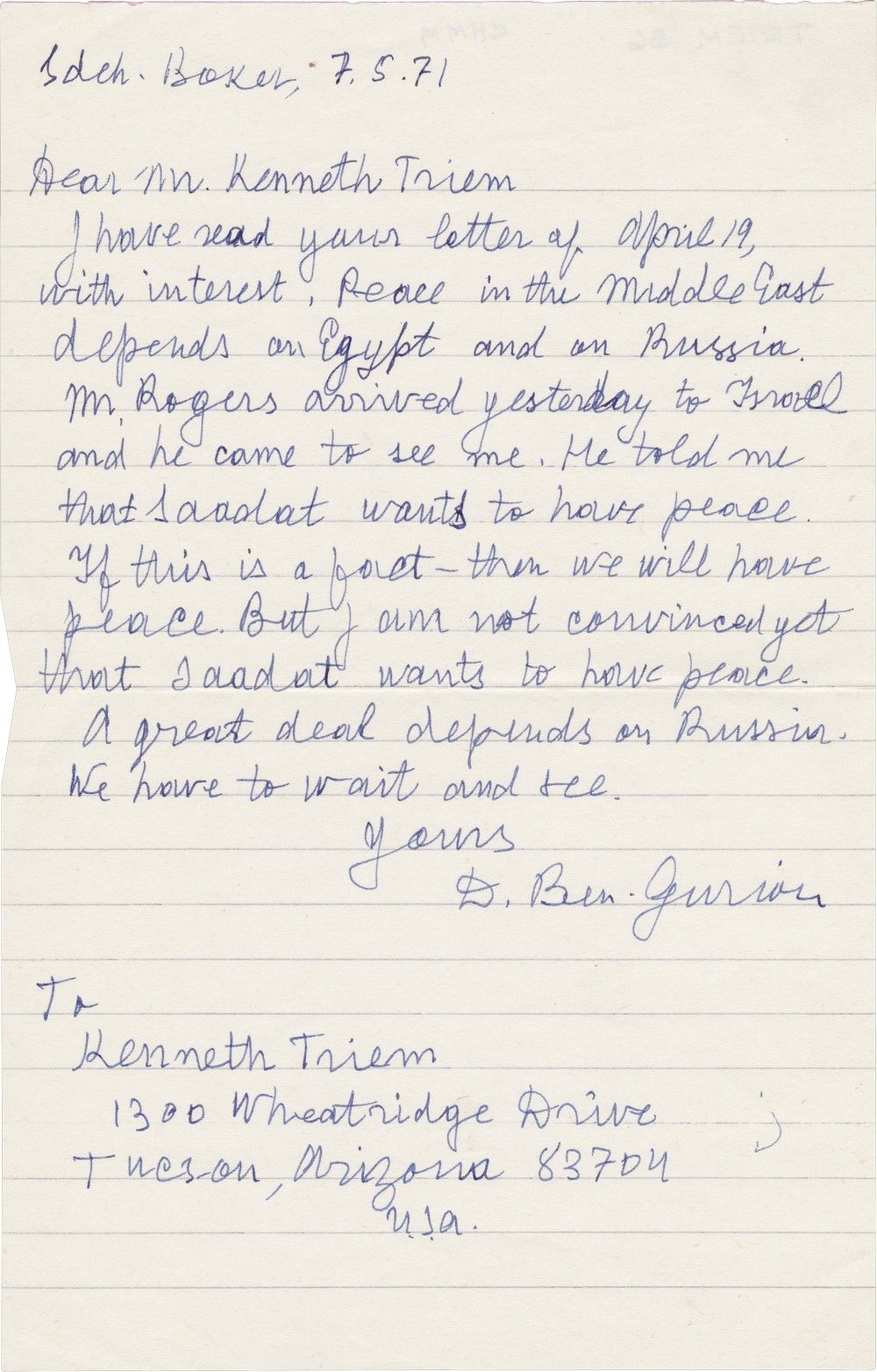