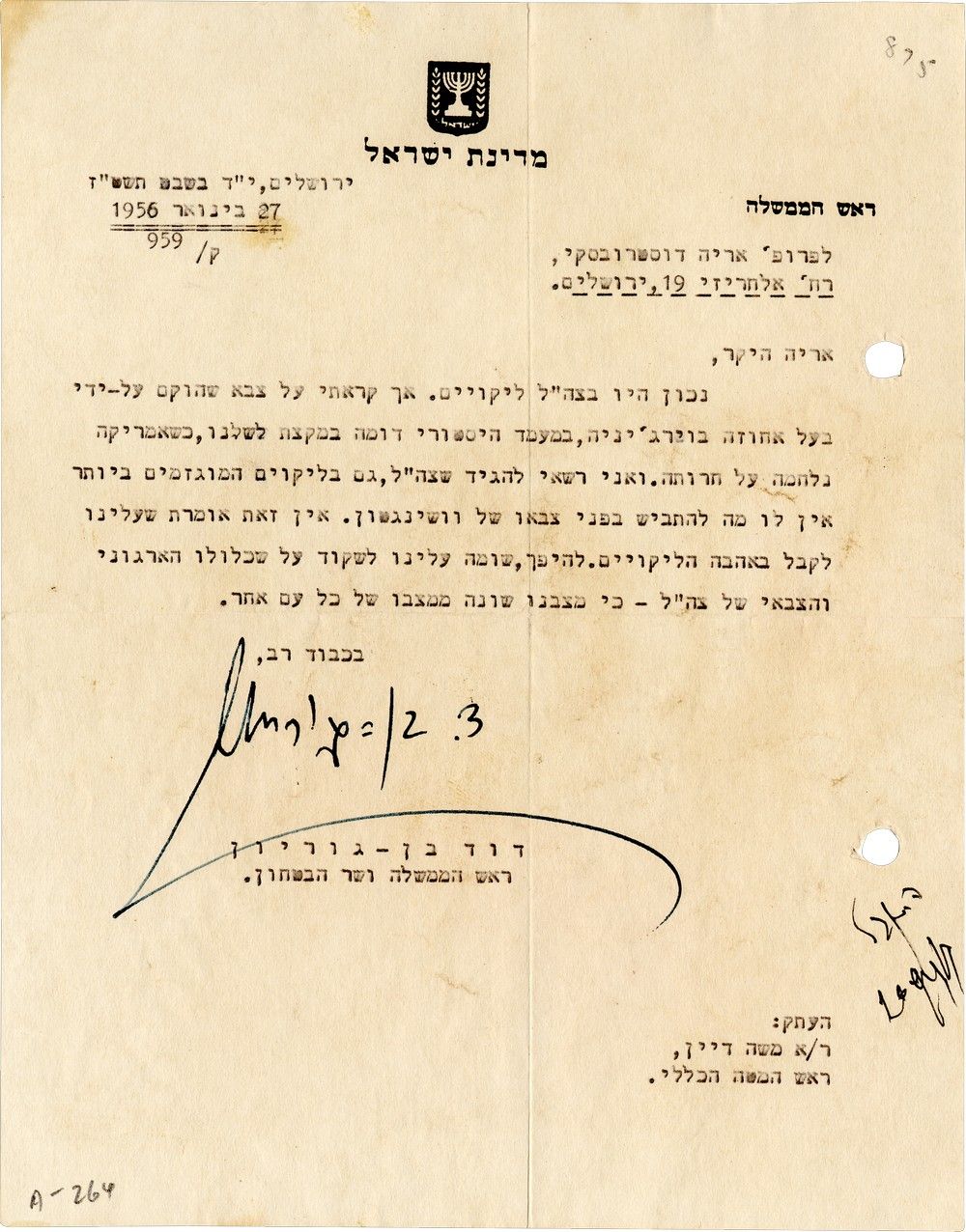 The situation was dire, which is to say, normal: 1,700,000 Israelis against 40,000,000 Arabs. Under Syrian fire in the North, Egyptian fire in the South, and censured in the U.N., the 8-year-old State of Israel desperately needed arms with which to defend itself. Egypt had just taken delivery of Soviet bombers and Israel was pleading with Eisenhower for arms to redress the balance. Ben-Gurion, taking a moment to answer a letter about the “deficiencies” of the fledgling IDF, looked to history to explain the moment – but whose history, was one unexpectedly linked to his own…

If, almost a hundred years ago, one was to wander into the Reading Room of the New York Public Library, a preternaturally small man with thick brown hair might be seen there, day after day, reading book after book on American history. That avid reader would, some thirty years later, become the first Prime Minister of Israel, and though by then both simultaneously bald and white-maned, what he learned at the NYPL between May 1915 and May 1918, in political exile from Palestine, would stay with him his entire life. In this extraordinary letter, in which he compares the fledging Jewish state to the army of the fledging United States during the American Revolution, David Ben-Gurion implicitly recalls his American sojourn, as he evinces both his deep faith in the American democratic experience, and Israel’s similarly-blessed future.

Writing in defense of the IDF [Israel Defense Forces] which, in 1956, was not yet necessarily a tame instrument of government but seemingly, sometimes, in charge of itself, Ben-Gurion admits the army has “deficiencies” but dismisses them, essentially, as growing pains. To this end, he points to the example of another army of another emerging state: that of the United States of America which, having grandly proclaimed its independence in 1776, could then barely keep 10,000 men in the field. George Washington, for most of the American Revolution, was not only beggared by the lack of money, but painfully aware that troops formed from individual militias could not, overnight, possess the order, regularity and discipline of veterans. “The abuses in this army,” he famously declared, “are considerable, and the new modeling of it, in the face of an enemy, from whom we every hour expect an attack, is exceedingly difficult and dangerous.” But Ben-Gurion, though well aware of the accusations of irregularity, corruption, and waste in his army, knew what Washington could not have known: that the Americans, ultimately, would prevail - as would, he is sure, Israel.

It is true that there were deficiencies in the IDF but I read about an army that had been established by the owner of an estate in Virginia, with a historic status similar to ours, when America was fighting for its freedom. And I am entitled to say to the IDF, even when there are the most extreme deficiencies, that it has nothing to be ashamed of in front of Washington's army. This does not mean to say that we must accept the deficiencies gratefully. On the contrary, it is incumbent upon us to study the organizational and military upgrading of the IDF – because our situation is different from the situation of any other nation.

What Ben-Gurion was saying, in effect, that though the moment was critical, there was a larger picture – and that picture was always, in his public utterances, positive. Where he learned this breath of vision is not documented: but where he learned nearly everything else, including the ancient Greek and Sanskrit he taught himself – and the Yiddish, Russian, Hebrew, Turkish, Arabic, English, German, French and Spanish he knew – would seem to have come from his own library. He had 20,000 books. They taught him, ultimately, how to create, and then lead, a new nation.
Typed Letter Signed, as Prime Minister, in Hebrew, 1 page, quarto, on the letterhead of the State of Israel office of the Prime Minister, Jerusalem, January 27, 1956. To Professor Arieh Dostrovsky in Jerusalem: cc’d to Lt. Gen. Moshe Dayan, Chief of Staff
Read More 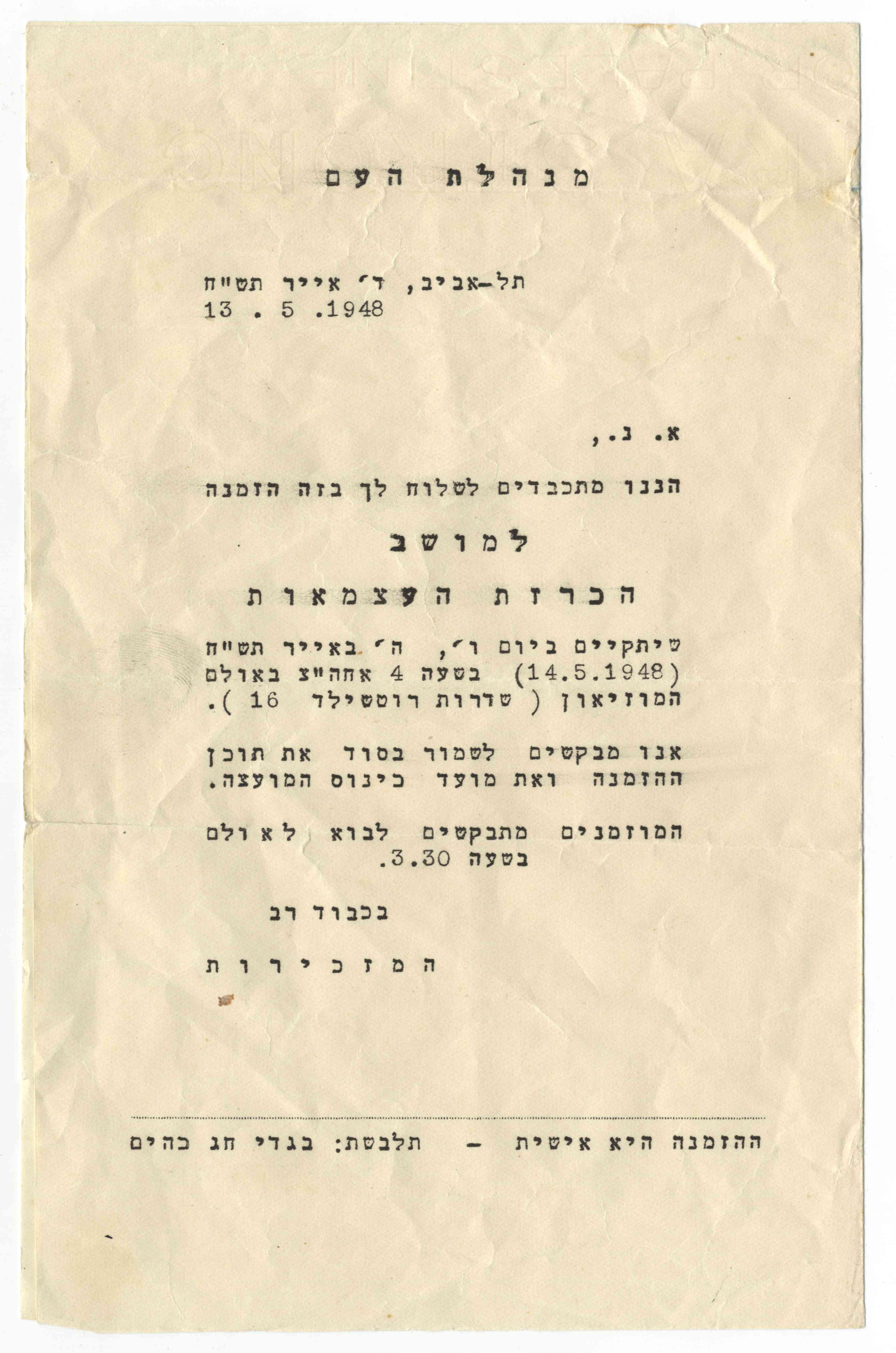 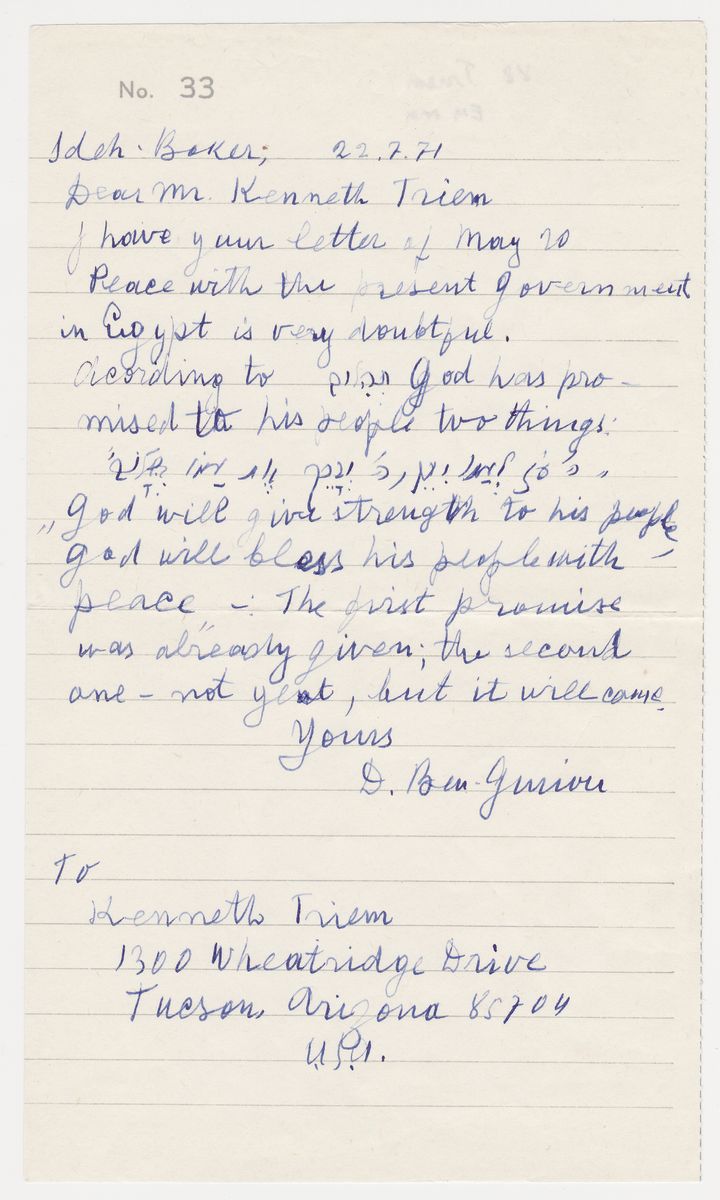 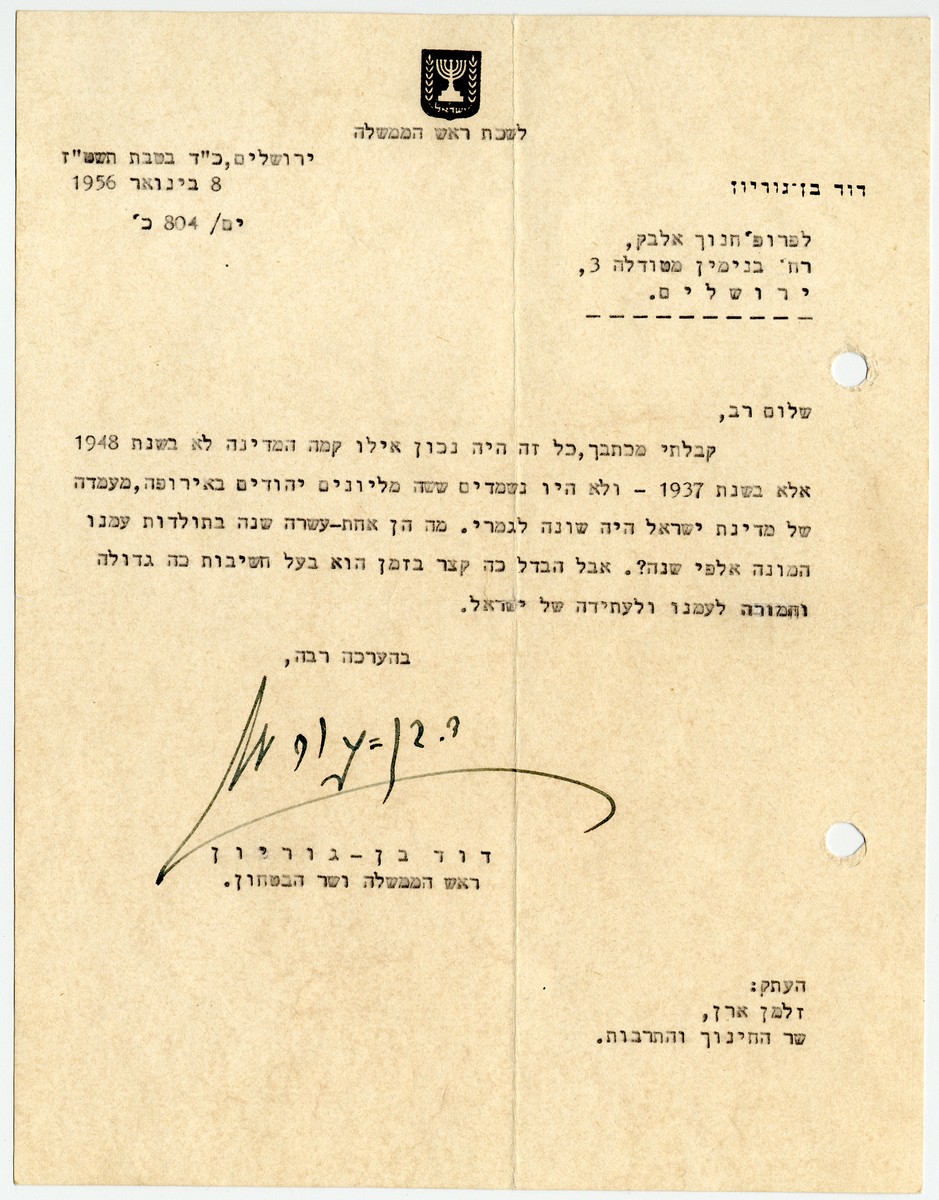 Dear Arieh,
It is true that there were deficiencies in the IDF [Israel Defense Forces]. But I read about an army that had been established by the owner of an estate in Virginia, with a historic status similar to ours, when America was fighting for its freedom. And I am entitled to say that the IDF, even when there are the most extreme deficiencies, has nothing to be ashamed of in front of Washington's army. This does not mean to say that we must accept the deficiencies gratefully. On the contrary, it is incumbent upon us to study the organizational and military upgrading of the IDF – because our situation is different from the situation of any other nation.