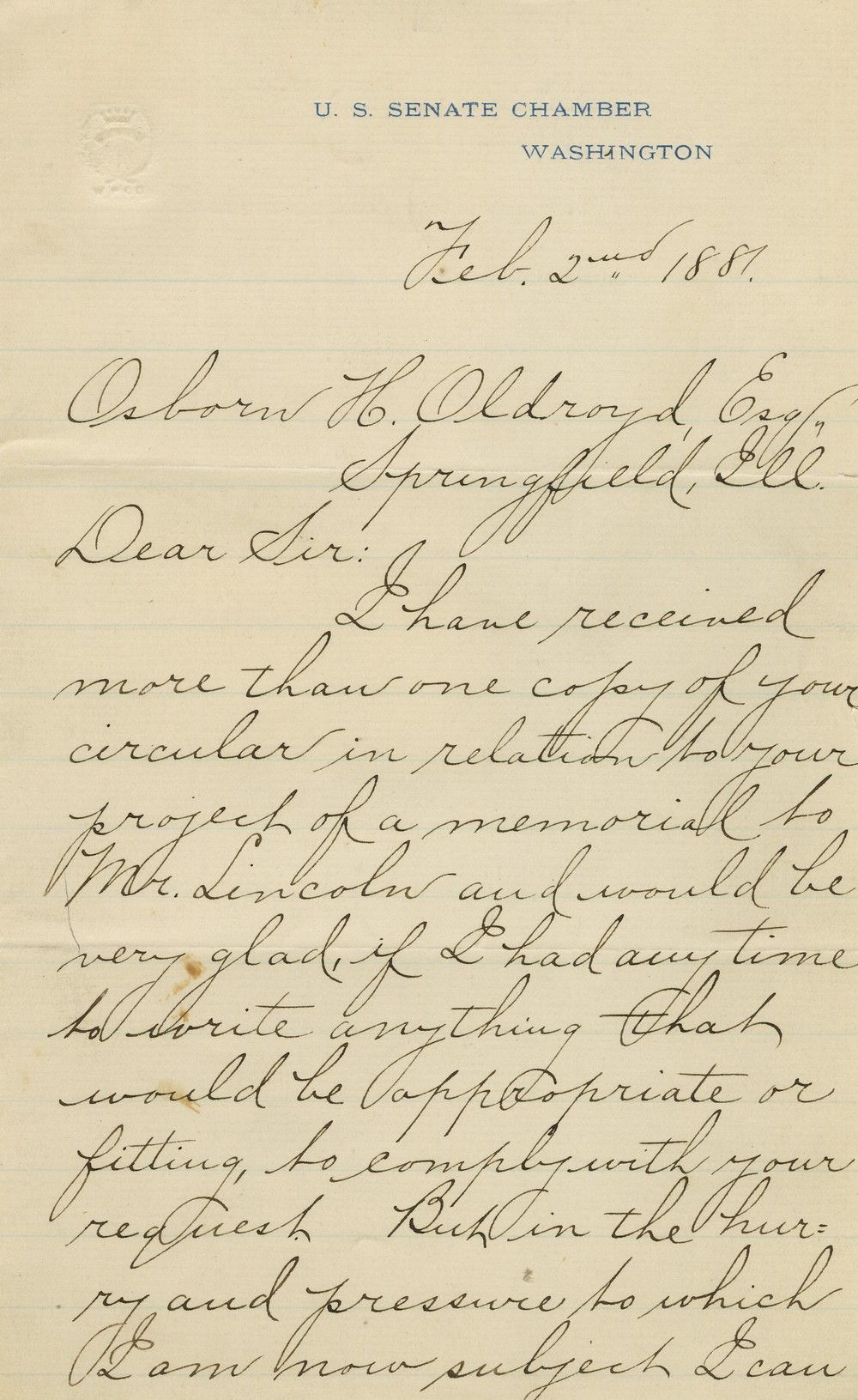 Almost anyone who had encountered Lincoln in a significant way felt compelled sooner or later to tell about it, often less with a view to adding to the historical record than to caressing Lincoln’s memory. As the supply and demand for reminiscences fed each other, they were sought out, collected, and published in large volumes. The first of these was The Lincoln Memorial: Album-Immortelles, edited by Osborn Oldroyd in 1882.

To the hodgepodge of reminiscences, tributes, Lincoln letters and speeches that comprised Oldroyd’s almost six hundred page The Lincoln Memorial: Album-Immortelles, Senator Benjamin Harrison declines to add “anything that would be appropriate or fitting.” When one attempts to say anything of the illustrious Lincoln, Harrison explains, one should be very careful of his words – and he simply hasn’t the time. Among those who did, however, were Presidents Grant, Garfield and Hayes; Generals Hancock, Sherman and Burnside; writers Longfellow, Whittier and Charles Dudley Warner; along with various friends, colleagues, inventors, merchants, divines – and P.T. Barnum.
Letter Signed, as Senator, 2 pages, Senate Chamber, Washington, February 2, 1881. To Osborn H. Oldroyd in Springfield, Illinois.
Read More 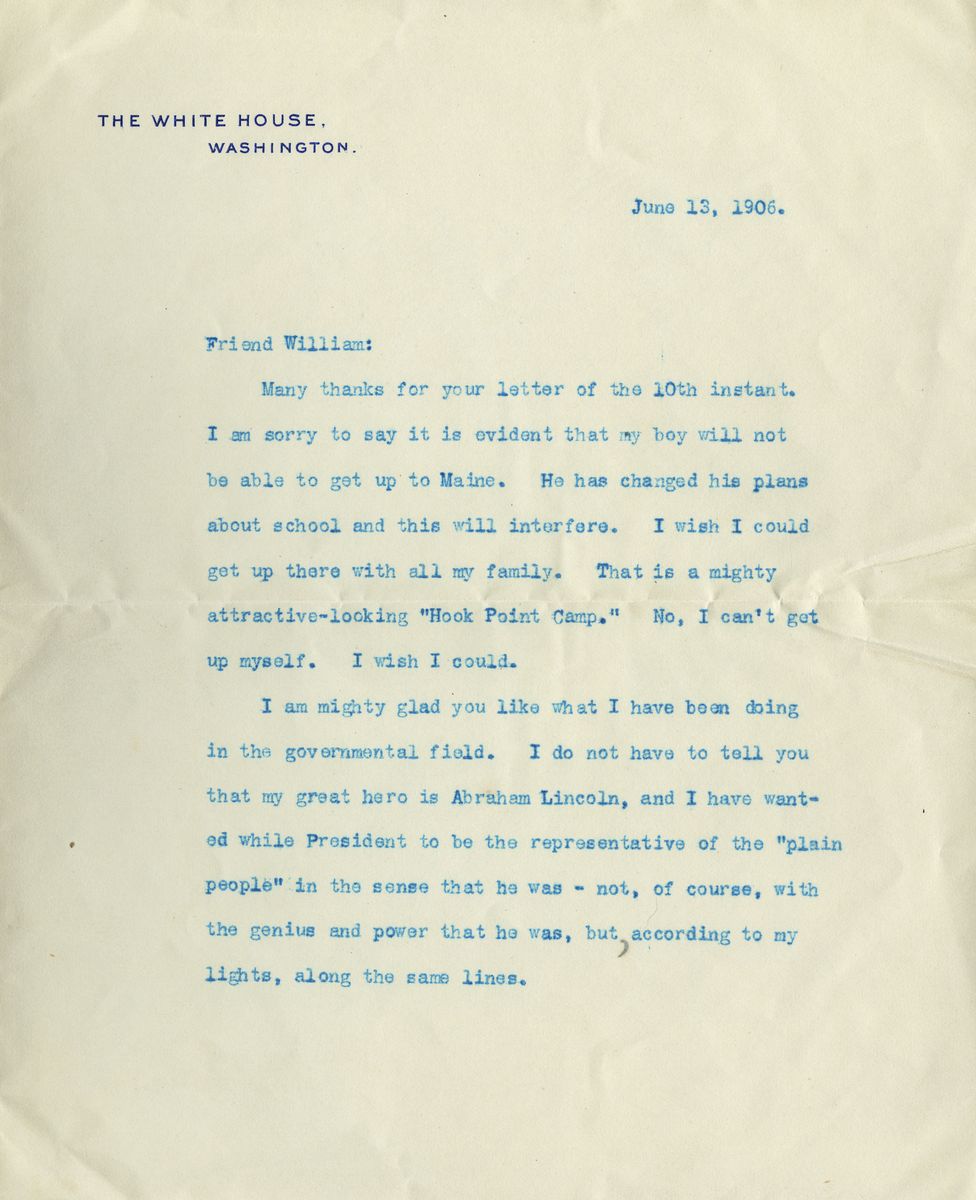 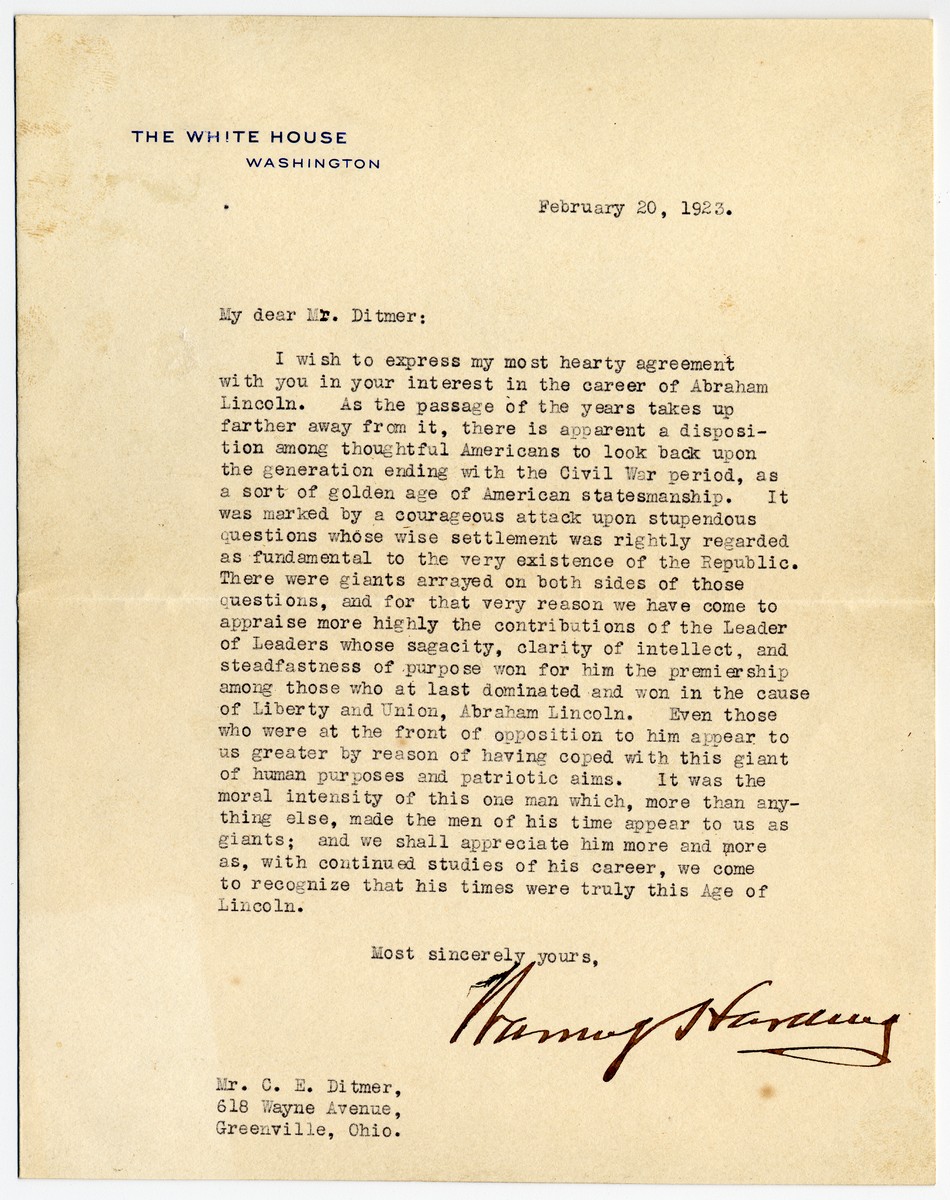 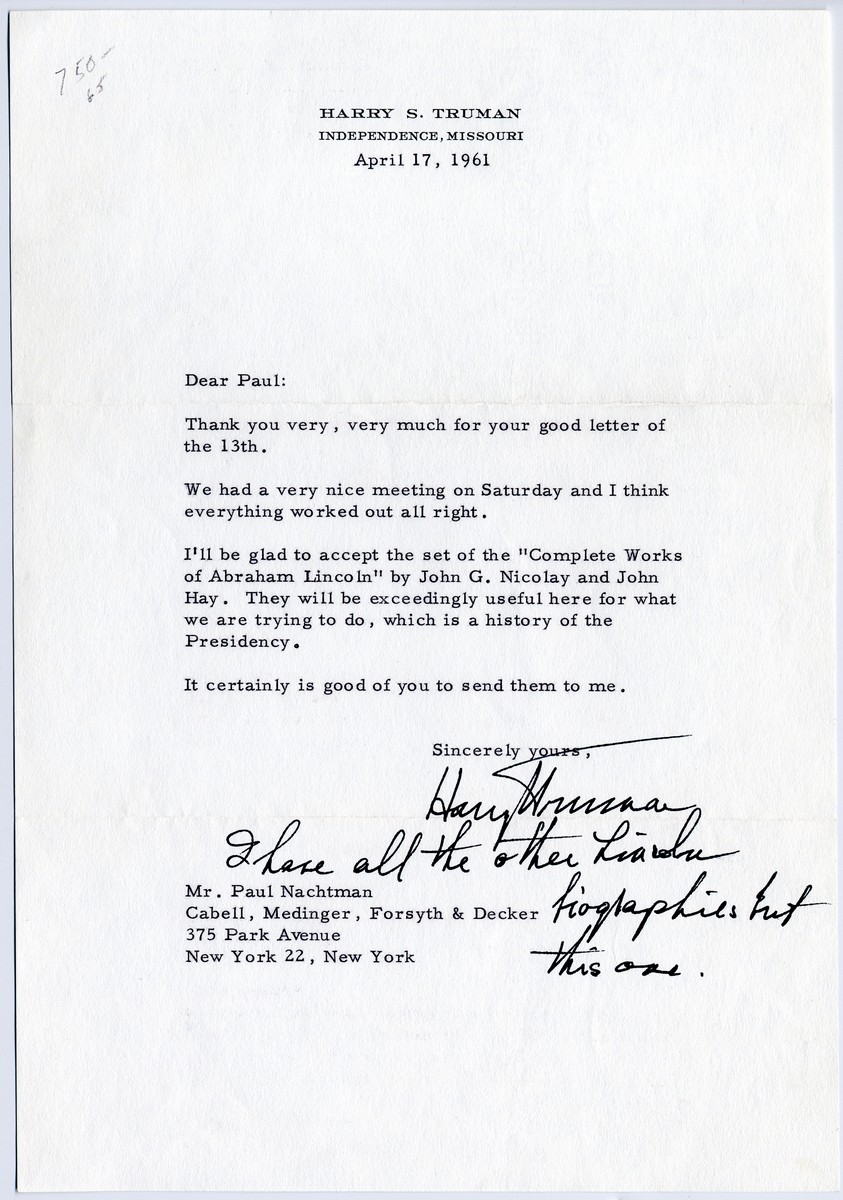 Harry Truman Reads John Nicolay and John Hay on Abraham Lincoln, As He Tries to Write History of Presidency

I have received more than one copy of your circular in relation to your project of a memorial to Mr. Lincoln and would be very glad, if I had any time to write anything that would be appropriate or fitting, to comply with your request. But in the hurry and pressure to which I am now subject I can 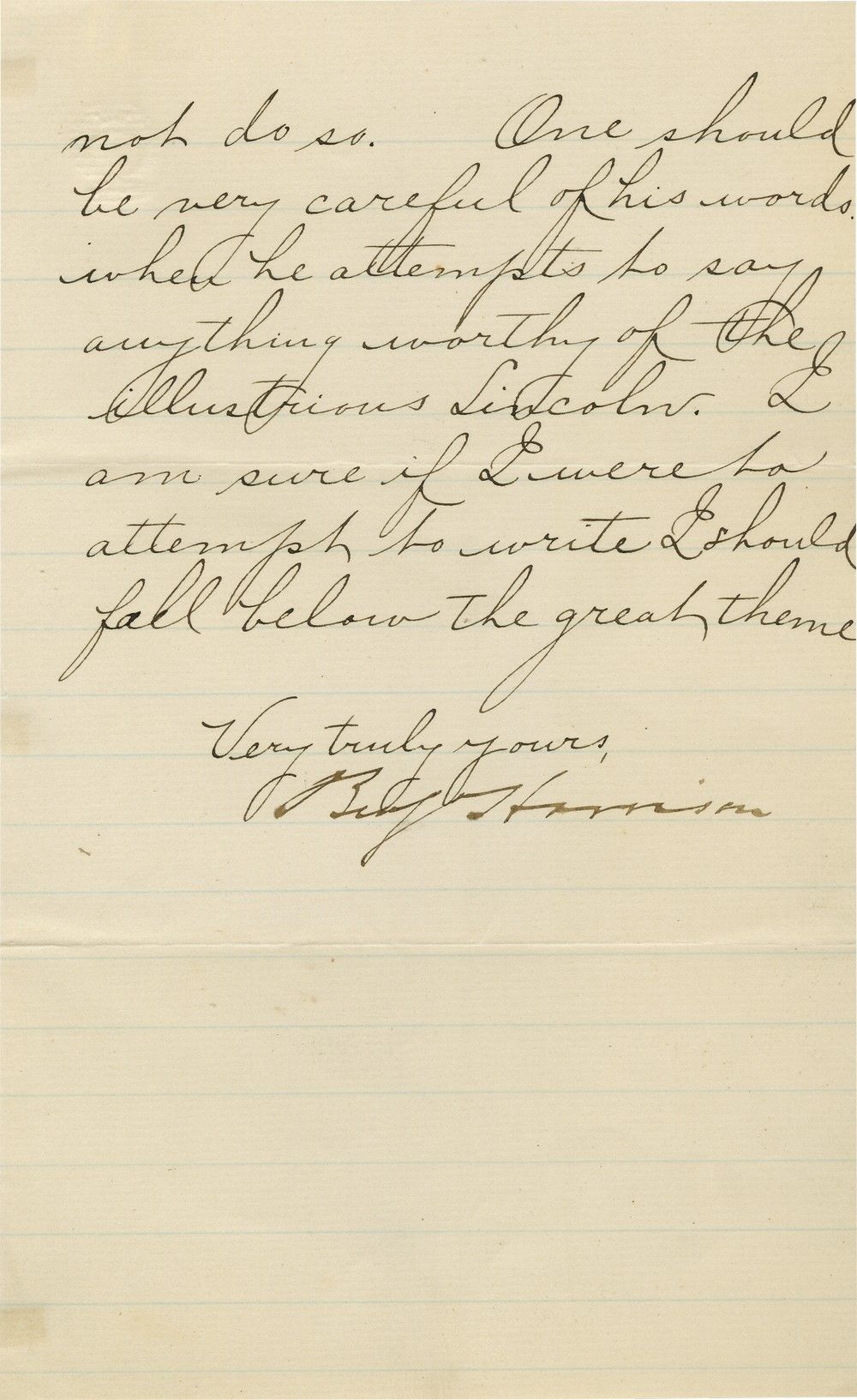 not do so.  One should be very careful of his words when he attempts to say anything worthy of the illustrious Lincoln. I am sure if I were to attempt to write I should fall below the great theme. 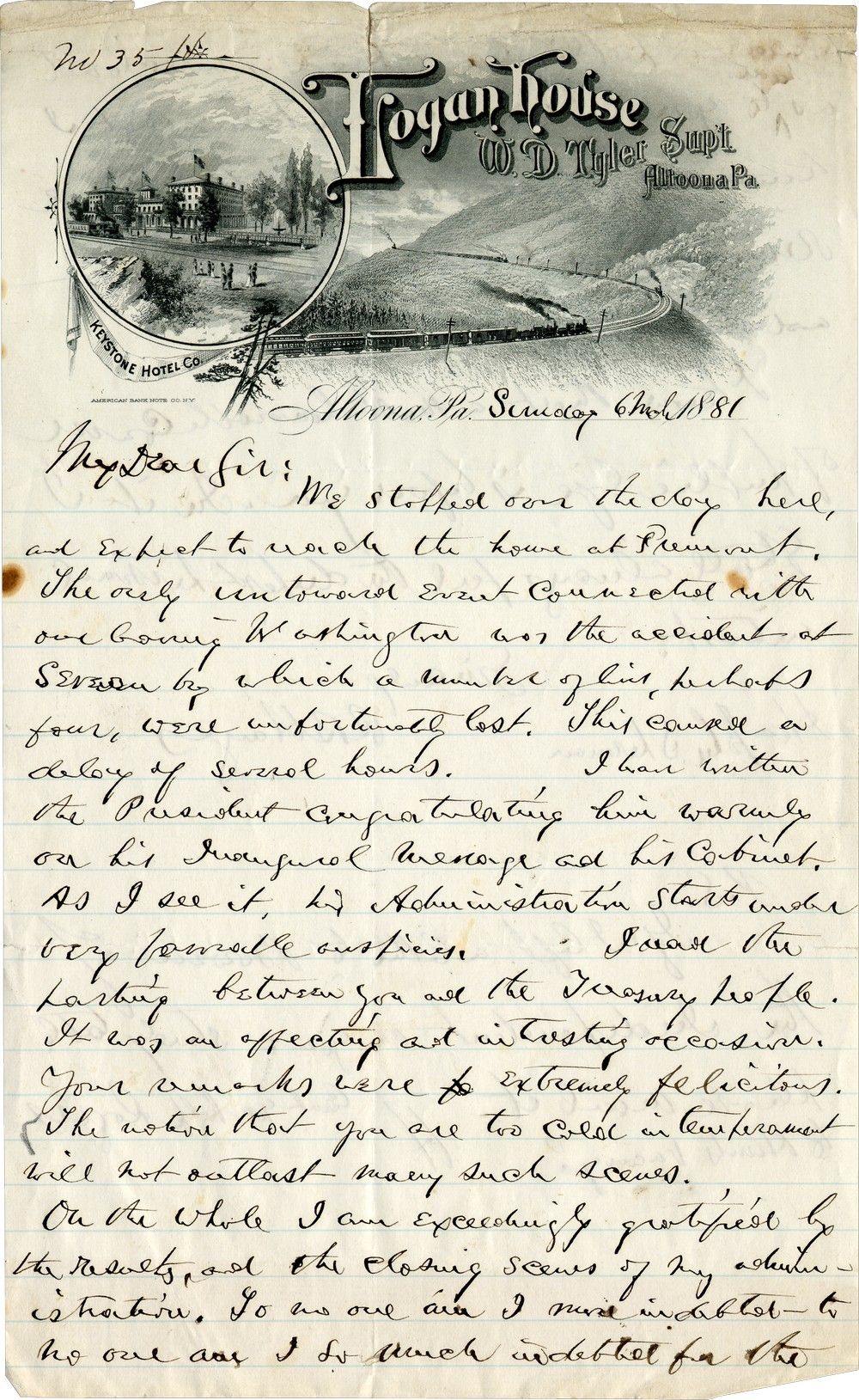 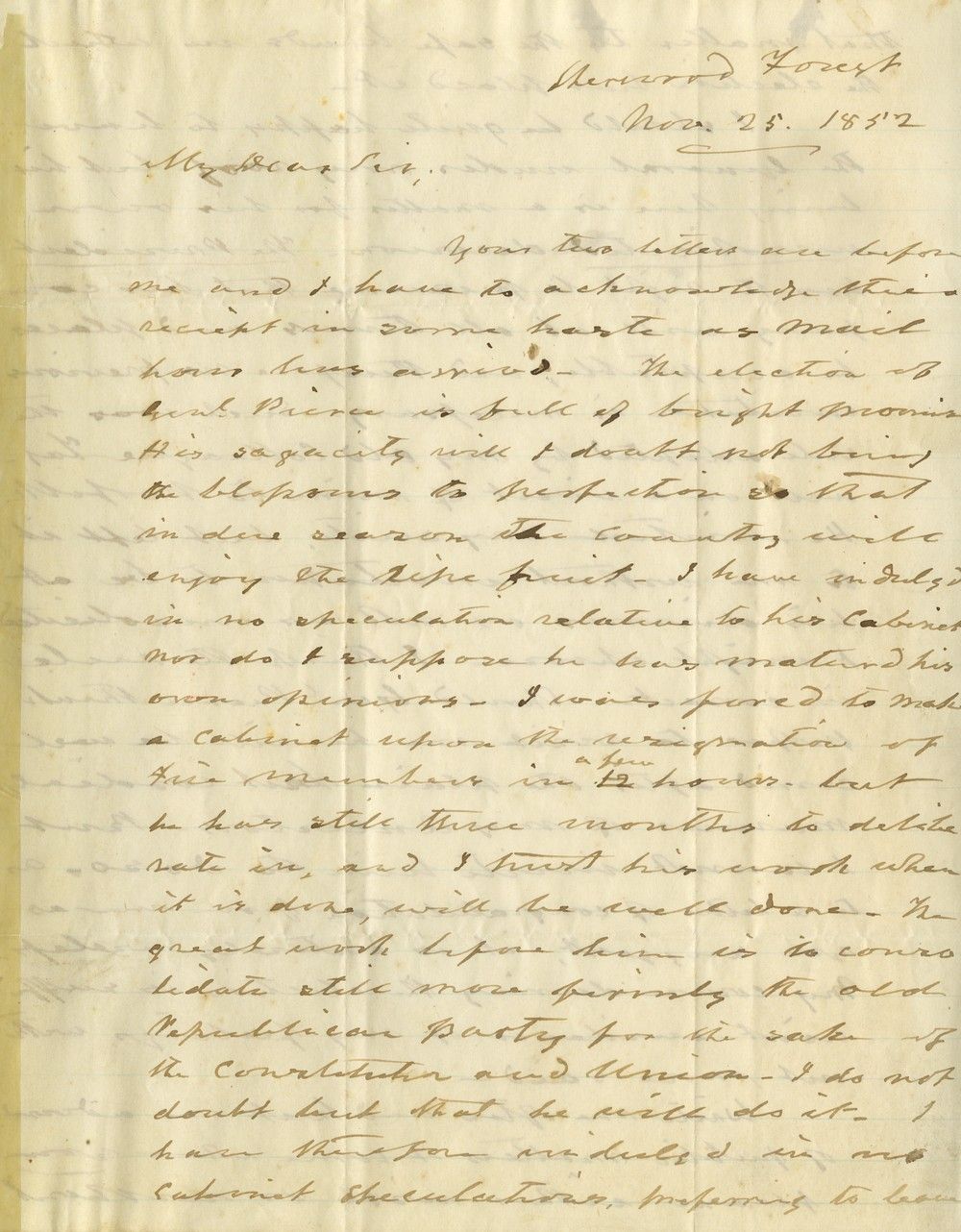