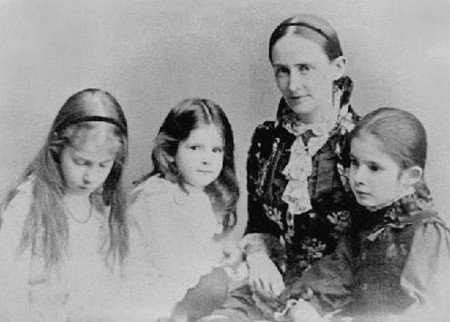 Readers of Mark Twain’s fiction know to expect happy endings. Readers of his life story know better.   By the time he died in 1910, Twain had buried three of his four children, and his wife of 34 years. He was, it is said, melancholy, bitter and acerbic at the end – as if, when young, he was engaged, entertaining, and funny instead. But he was always both, albeit bifurcated. There was his public persona; there was his private life. It was only at home that he was free to be the wild humorist and a burdened family man. Fatherhood especially,  in which he took such joy, held for him the torments of responsibility.  He blamed himself, needlessly, for the death of his infant son; he blamed himself, unreasonably, for the death of his favorite daughter, Susy; and if he could not find a way to blame himself  for his youngest daughter Jean’s epilepsy, he could, since its childhood onset, remain hyper-vigilant, cross oceans seeking cures and, in an era that equated epilepsy with moral degeneracy, feel fury, frustration, and powerlessness. But be Jean ever sicker, it was still, in the acts of everyday life, that they bonded, and loved. This letter, written towards the ends of both their lives, brims with liveliness, concern, the news from all around them – and tenderness. Happy Father’s Day.

"I had a very plain talk with Mr. Clemens this morning about Jean’s condition... The dreadfulness of it all swept over him as I knew it would, and with that fiercest of all his looks in his face, he blazed out against the Swindle of life – & the awful treachery of a God that can create disease & misery & crime. Create things that men would be condemned for creating, that men would be ashamed to create. And you agree with him – you have to." - Isabel Van Kleek Lyon, Twain's private secretary, household majordomo, and increasingly, Jean's ad hoc nurse (1902-1909), Notebook ("Daily Reminder # 1"), 1906. Just before 6 p.m. on the evening of June 18th, 1908, Mark Twain arrived in Redding, Connecticut for the first time. From the railroad station, he went immediately to his new 18 room two story Italianate villa which, although he had it built, he had never seen. The house, fully furnished and appointed, was called “Innocence at Home” – a fitting name, surely, for the place where he planned to entertain that loose association of surrogate granddaughters, ages ten to sixteen, he dubbed the “Aquarium of Angel Fish.” In this letter, written on June 19th, he announces his advent – to his real, and far less fanciful daughter, Jean: at 27, an epileptic who lived, according to the tenets of the day, in exile from her family. “I like the house ever so much,” he says, “& I like the deep quiet, after tumultuous New York. I arrived at 6 p.m. yesterday, & Paine  [Albert Bigelow Paine, Twain’s literary executor and biographer] & Ashcroft [Ralph Ashcroft, Twain’s business advisor] & I played billiards until midnight & had a good time… It is a pity that I can’t stay all night in your house, but your health is the important thing…”

Regarding her health, he sides with Jean’s doctor, saying: “I must help Dr. Peterson in his good work & not mar it & hinder it by going counter to his judgment & commands.” He feels both he and Jean ought to “testify” to their thankfulness by honoring the doctor’s lightest desire. In this, he adds, her dead mother “would say this too, out of her grateful heart.” The door firmly closed, then, on who is where and why, Clemens responds to Jean’s interest in “Mr. Cleveland”, the former President. Yes, he was a drinker in Buffalo, & loose morally. But since then? I have to doubt it. And of course I want to doubt it, for he has been a most noble public servant – & in that capacity he has been utterly without blemish. Of all our public men of today he stands first in my reverence & admiration, & the next one stands two-hundred & twenty-fifth. . He is the only statesman we have, now… Drinks? No, I hope it is a mistake. However, Cleveland drunk is a more valuable asset to this country than the whole batch of the rest of our public men sober.  He is high-minded; all his impulses are good & pure & fine. I wish we had another of this sort.

But Cleveland, however grand, can only go so far, and in the next and closing paragraph Clemens is back to the racking issue of his separation from his youngest daughter: “Yes-indeedy, it was just too bad that there wasn’t a solitary junior member of the family here to help me christen the house,” he says. “But you know the adage: Man proposes, but God blocks the game.” That maxim, oddly, would be used by Twain some eighteen months later, when he wrote the last words he would ever put to paper for publication. In his account of Jean’s death, written on that very same day, Twain said, “Man proposes, Circumstances dispose.” Indeed, he continued

I lost Susy [his favorite child] thirteen years ago; I lost her mother – her incomparable mother! – five & a half years ago. Clara [his eldest daughter] has gone to live in Europe; and now I have lost Jean. How poor I am, who was once so rich!

“Innocence at Home” didn’t last long – as a name; it was changed, some say at Jean’s insistence, and soon became “Stormfield.”  Jean was finally allowed home in April, 1909, and died there, suddenly, on Christmas Eve. Clemens followed her, four months later. 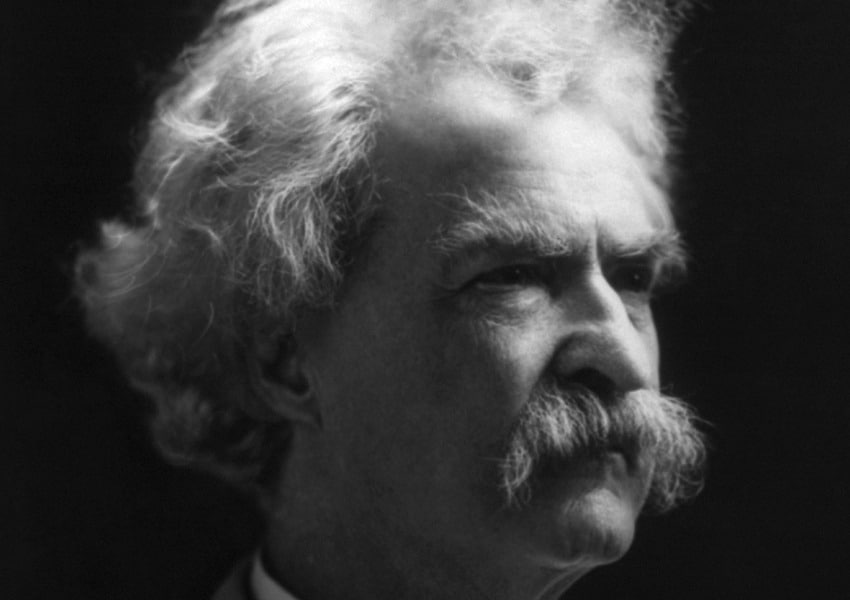