The Kansas-Nebraska Act of 1854: States’ Rights and Slavery

The Kansas-Nebraska Act of 1854 is one of the most contentious pieces of American legislation ever passed. Essentially, it repealed the Missouri Compromise of 1820. This Compromise admitted Missouri and Maine to the Union as a slave state and a free state, and prohibited slavery in the western territories acquired in the Louisiana purchase north of latitude 36°30′. The Kansas-Nebraska Act, however, allowed these territories to determine for themselves whether or not they were slave-holding.

The Missouri Compromise had been a stopgap to stem the growing tension between the northern and southern states surrounding slavery. The Kansas-Nebraska Act removed the thirty-four-year-old band-aid and pitted North against South; the bill rekindled the controversy over slavery and placed the United States of America on the path to Civil War.

The manuscripts gathered here follow the course of the Kansas-Nebraska Act, from being ratified by President Franklin Pierce to Pierce defending it after his presidency. We also look back to Pierce’s presidential predecessor, Millard Fillmore, ruminating over an impending race war after reading Harriet Beecher Stowe’s Uncle Tom’s Cabin. Also present in this collection is the reaction of Abraham Lincoln to the bill when he was still an Illinois circuit attorney. US map of 1856 shows free and slave states and populations. Reynolds's Political Map of the United States" (1856.) Library of Congress, Geography and Map Division. Millard Fillmore On the Fugitive Slave and Kansas-Nebraska Acts: “You Can Not Reason With Fanaticism” 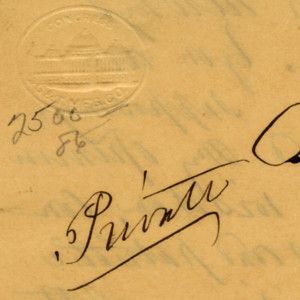 On the Eve of Rebellion, Pierce Still Defends the Kansas-Nebraska Act