Grant met Lee at Appomattox; Theodore Roosevelt charged up San Juan Hill; and John F. Kennedy, in what is arguably the most famous small-craft engagement in naval history, heroically saved his crew after his PT boat was sunk in the Solomon Islands during World War II. These acts of martial glory immediately became part of American folklore and, ultimately, helped propel Grant, Roosevelt, and Kennedy into the presidency. Military service was the crucible which shaped future leaders and presidents by testing their physical and emotional might. For over two hundred years, American presidents have consistently first served in the military.

While in the past several decades, presidential military service has not been perceived by the public to be a prerequisite for candidacy, US history has shown that military leadership is a longstanding natural aspect of the commander in chief. Of the forty-four men who have served as US president, only three did not serve in the military.

The letters presented here strip away the mythology surrounding the events that have become enshrined in history, and instead present us with the inner workings and vulnerability of the very same heroes. The personal, often brief or nuanced letters of the presidents written while they served in the military, or about their experiences in the military, reveal much about both their perspectives and intentions. John F. Kennedy’s letters to the wife of Patrick McMahon, the man he saved on the PT-109, offer an insight into his lasting relationship with the man he saved. Abraham Lincoln’s voluntary service, for which is he is listed as Captain on his muster roll, tells us that even as a young man from Kentucky in his early twenties, he was already remarkably ambitious.

Ulysses S. Grant’s letters throughout his service and ultimate promotion to Lt. General of the Union Army offer insight into his leadership during the Civil War, and how he transferred these leadership qualities to the presidency. Rutherford B. Hayes’s service during that same war is apparent through his numerous letters as a veteran to his former brothers-in-arms.

Theodore Roosevelt’s account of the deprivations suffered by his Rough Riders, as well as his efforts to organize presentations to educate the public about their charge of San Juan Hill signify his dedication and pride in being a military man; he even preferred being called “Colonel” to the customary “Mr. President.” Though Roosevelt felt strongly that young men should be willing to die for their country and values, he himself would pay a heavy price: his son Quentin, would be killed in World War I.

Eisenhower epitomizes the idea of the president as commander in chief. Before ascending to the presidency, he served as the Supreme Allied Commander in Europe during World War II. His experiences are evinced in personal letters to his wife as a homesick man of war; a chilling letter about visiting a concentration camp; and his response to a soldier’s raw request to shoot Hermann Goering, the Commander in Chief of the Luftwaffe–the Nazi air force.

John F. Kennedy, Eisenhower’s successor, also served in World War II, and gained recognition for his act of heroism aboard the PT-109. When his ship sank, Kennedy dragged his soldier to safety, clutching his life-vest in his teeth. Kennedy writes during his recuperation from the incident, and, as evidenced by a later letter, kept in touch with the man he saved. Like Theodore Roosevelt, who lost a son in World War I, Kennedy experienced loss during World War II: his older brother, Joe, was shot down on a special mission, propelling the younger Kennedy into the political limelight, to fulfill his father’s aspirations of having a son become president of the United States.

How did these military experiences contribute to forming the qualities Americans sought in their president and commander in chief for two hundred years? Through these leaders’ personal letters, you can read first-hand how they navigated their own particular challenges, how they reacted to those trials and how they made decisions, revealing the characteristics of the men who became presidents of the United States. Rutherford B. Hayes Responds to Lincoln’s Assassination: Now He is “The Darling of History” 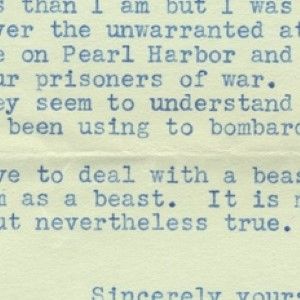 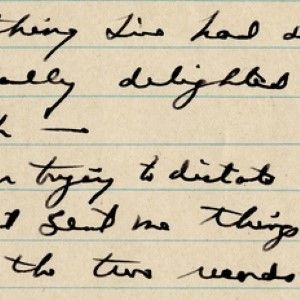 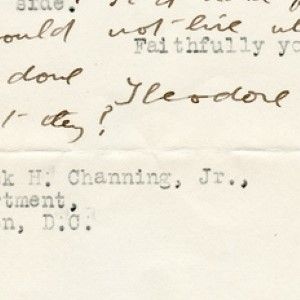