Franklin D. Roosevelt Thanks His Secretary of War for a "Delightful Old Book of Abraham Lincoln's Debates" 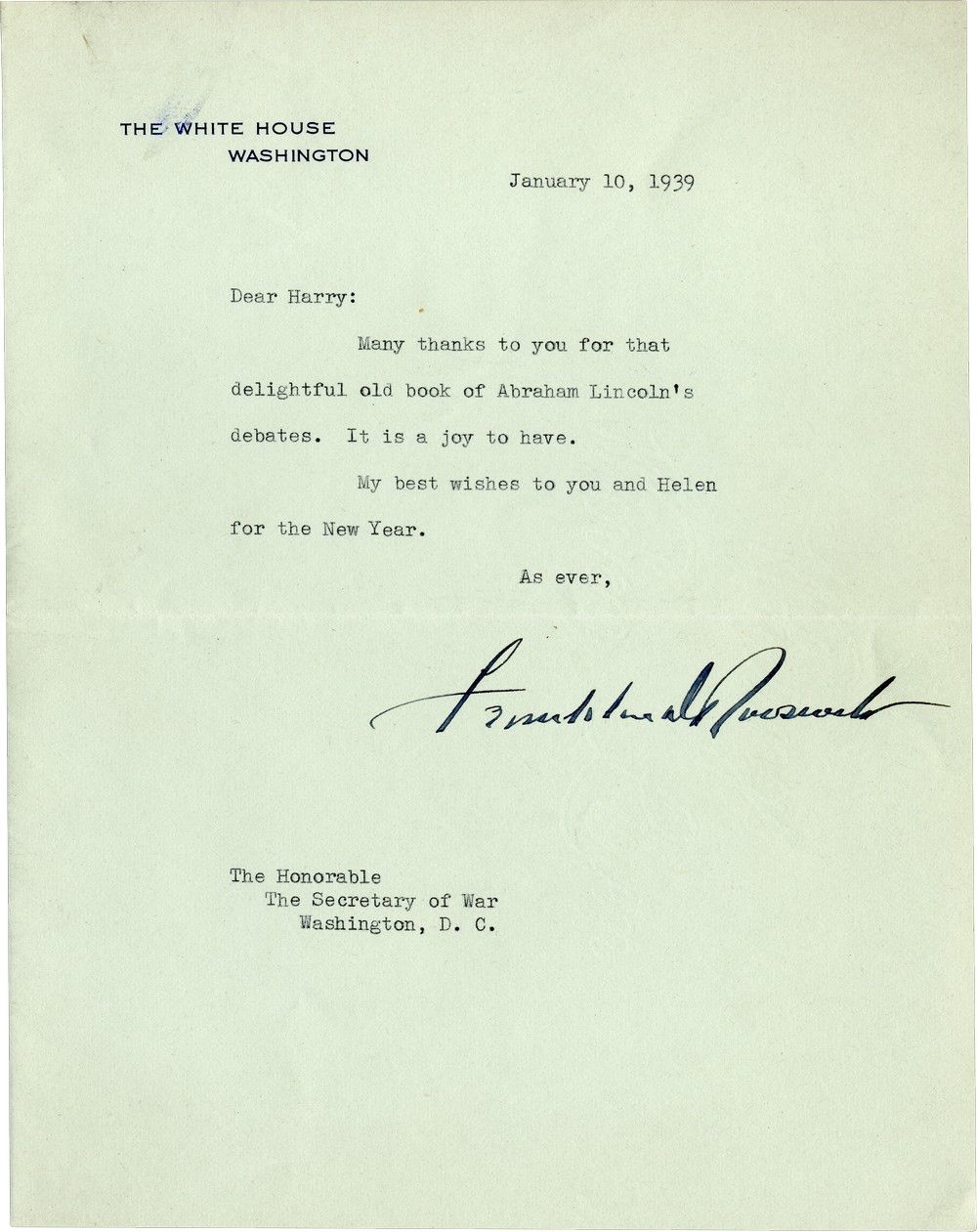 In the Franklin D. Roosevelt Presidential Library and Museum is a copy of the Political Debates Between Hon. Abraham Lincoln and Hon. Stephen A. Douglas, in the Celebrated Campaign of 1858, in Illinois; Including the Preceding Speeches of Each, at Chicago, Springfield, Etc; Also, the Two Great Speeches of Mr. Lincoln in Ohio, in 1859, as Carefully Prepared by the Reporters of Each Party, and Published at the Times of Their Delivery, Follett, Foster and Company, Columbus, 1860. It seems possible that it is this volume that President Roosevelt thanks friend Woodring for here.  “Many thanks to you for that delightful old book of Abraham Lincoln's debates,” Roosevelt has written. “It is a joy to have.”

Many thanks to you for that delightful old book of Abraham Lincoln's debates.  It is a joy to have.

My best wishes to you and Helen for the New Year.


The Honorable
The Secretary of War
Washington, D. C. 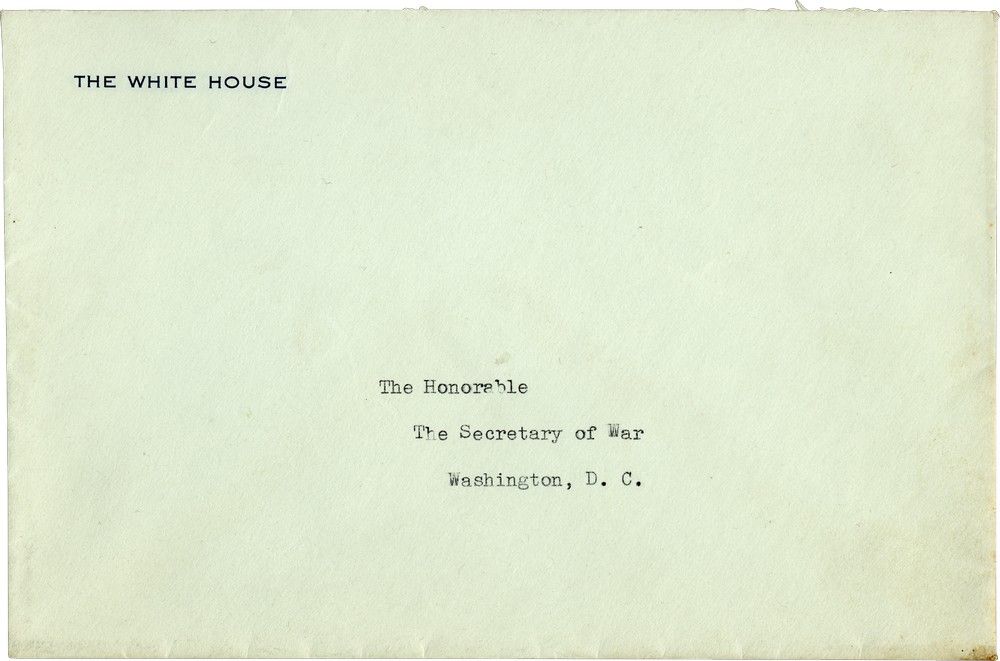 The Secretary of War 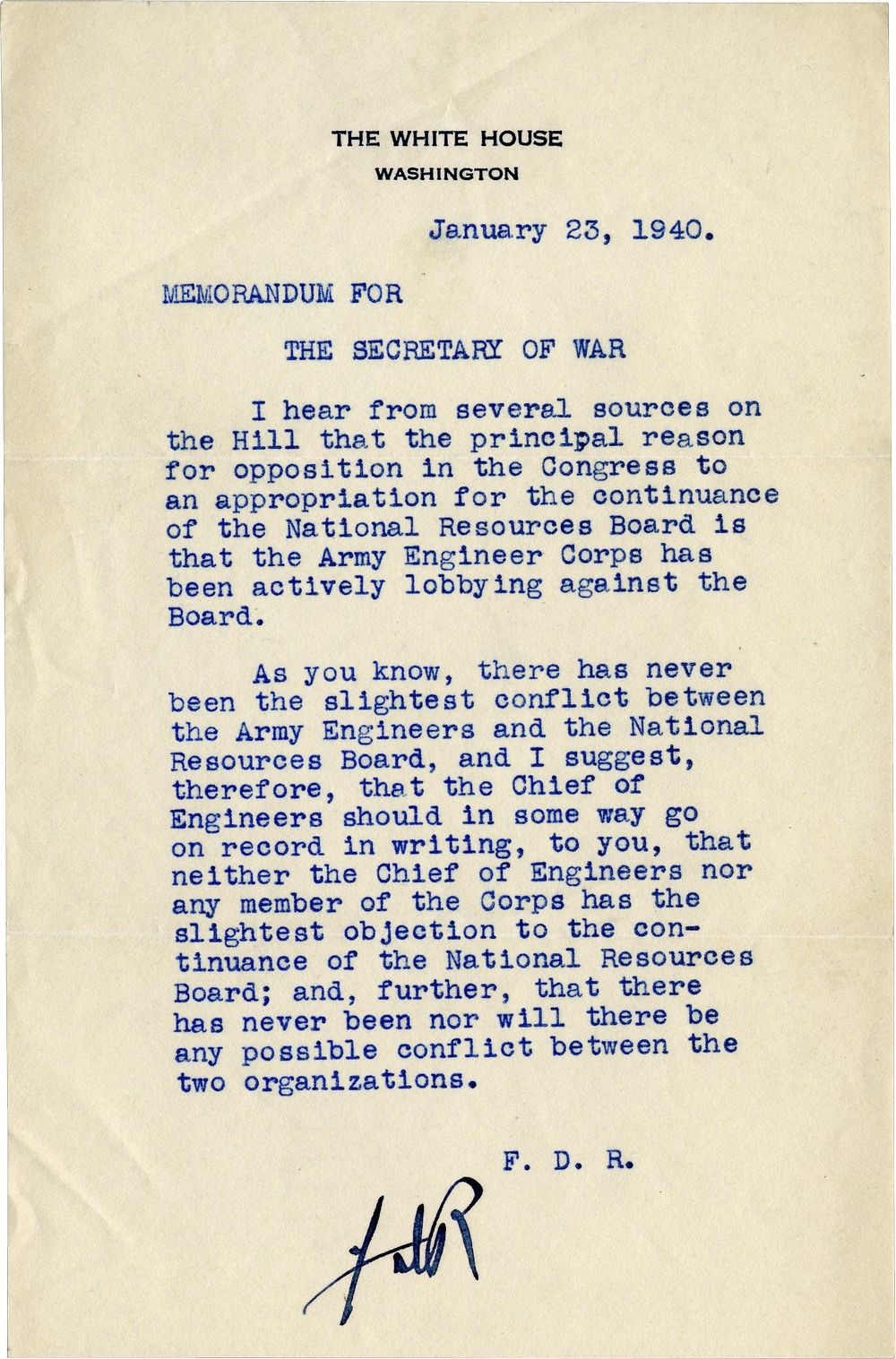 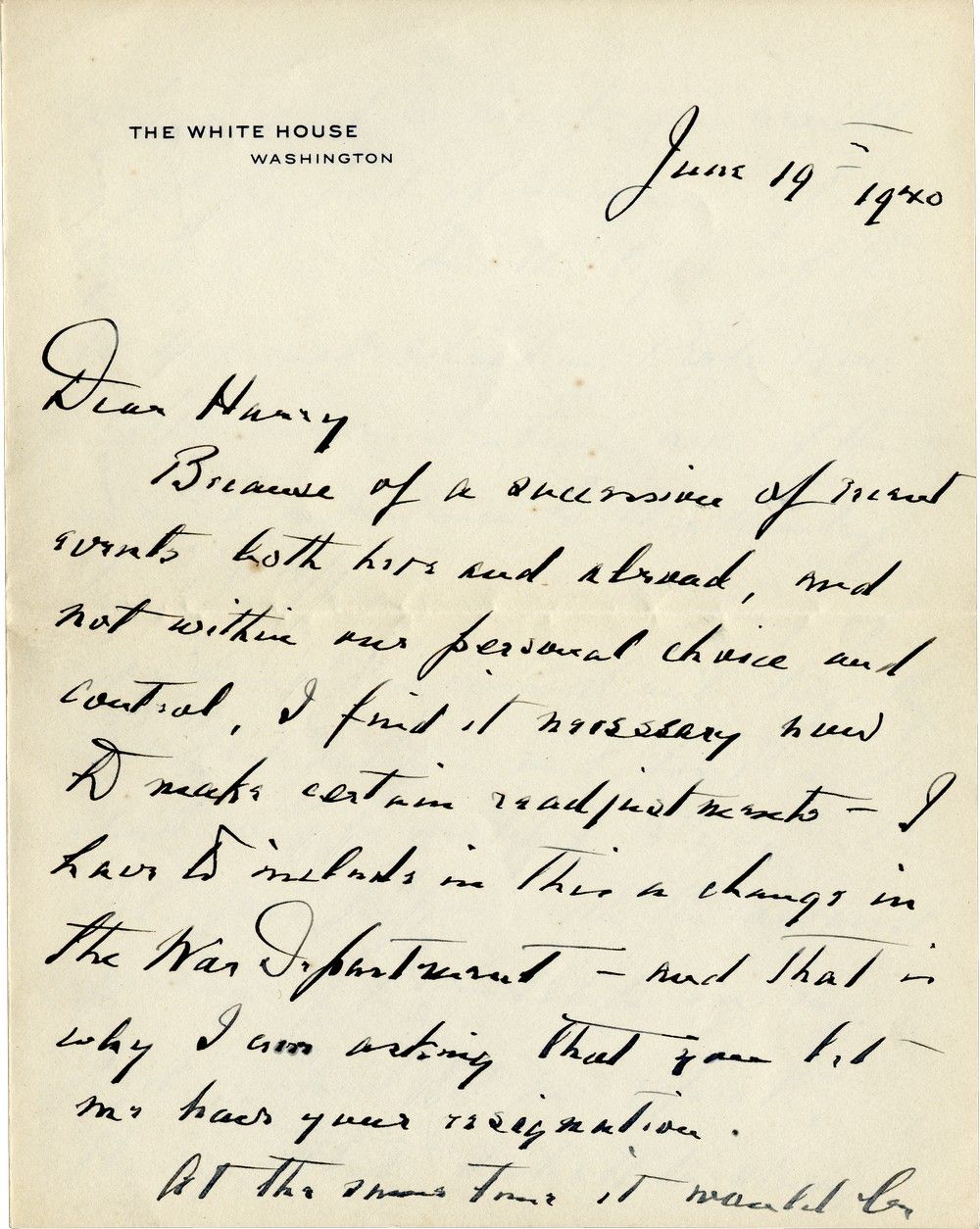 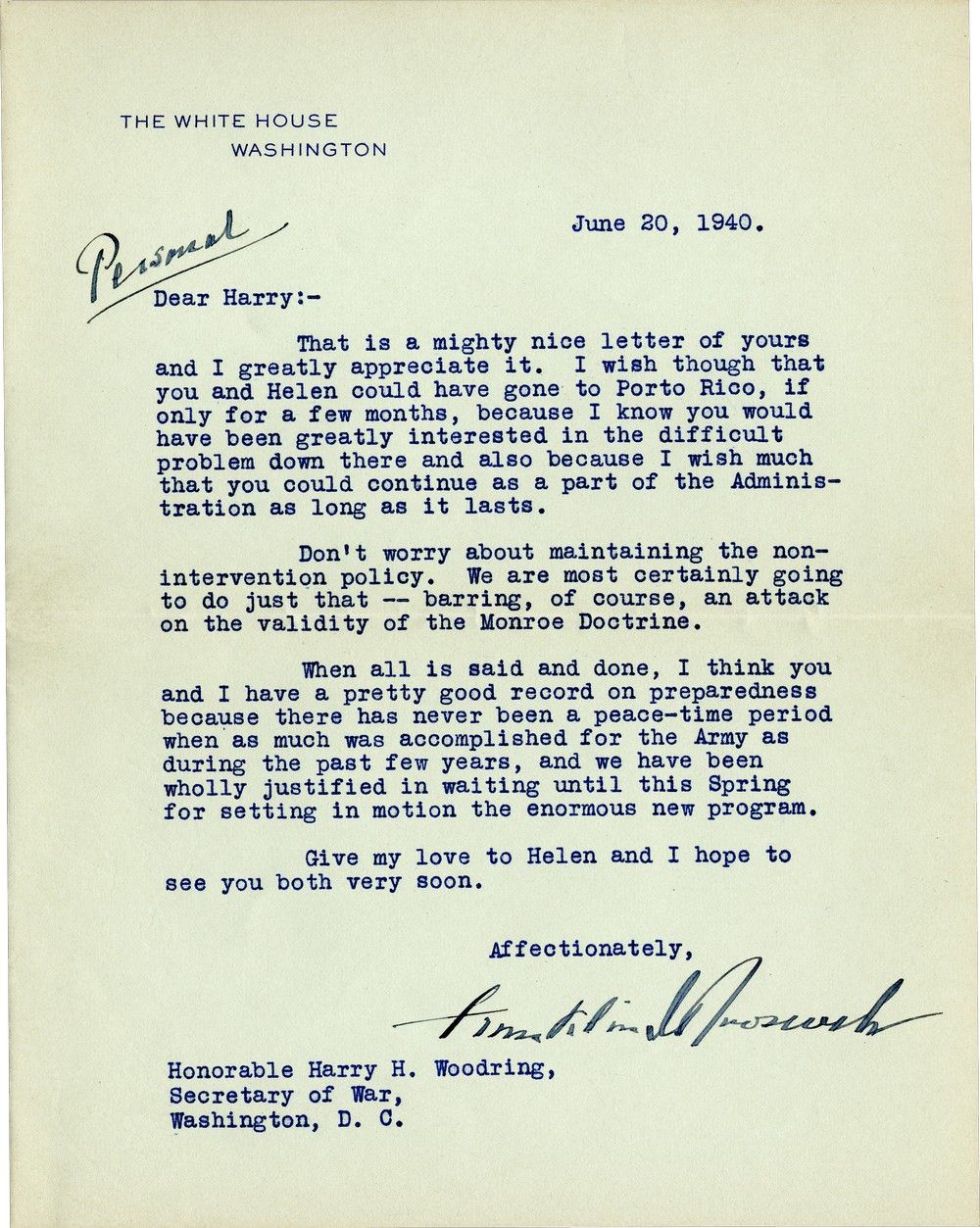