An Eerie Prescience: James Garfield Finds a "Streak of Sadness" in His Nomination as President 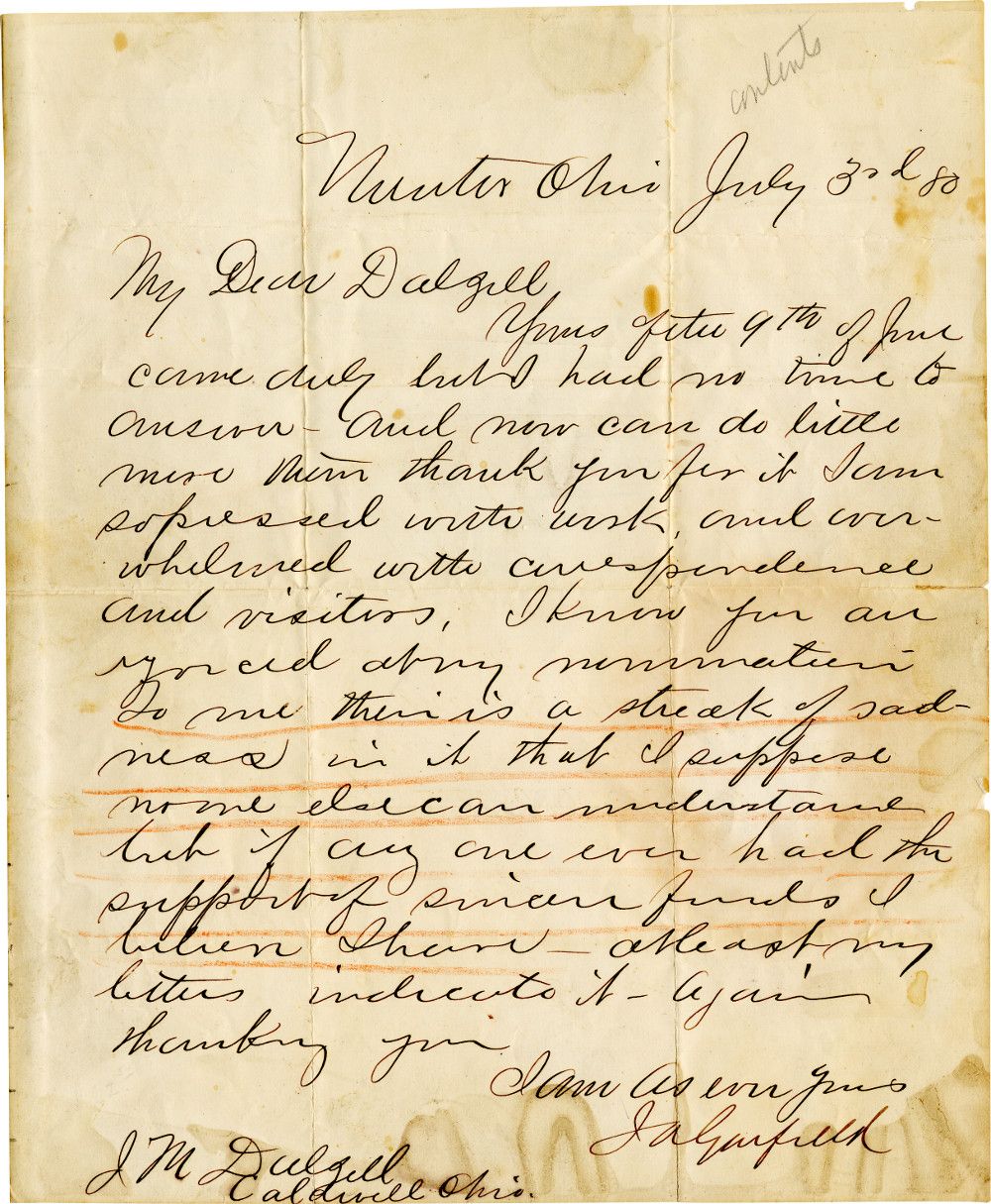 James A. Garfield did not want to be nominated for the Presidency in 1880; it was bad luck, really, that his nominating speech for another candidate was so stirring, as to inflame the convention - in his own favor. When his name was brought into contention, he rose to his feet to protest and then, by a bruising 36th ballot, he was selected, and mortified. "I am very sorry," he told his supporters, "that this has become necessary."

A month later, he was still not enamored at having won the nomination. There "is a streak of sadness in it" he writes here, "that I suppose no one else can understand." Garfield was well to feel sad: almost a year to the day - and barely four months into his presidency - he would be shot, mortally wounded. 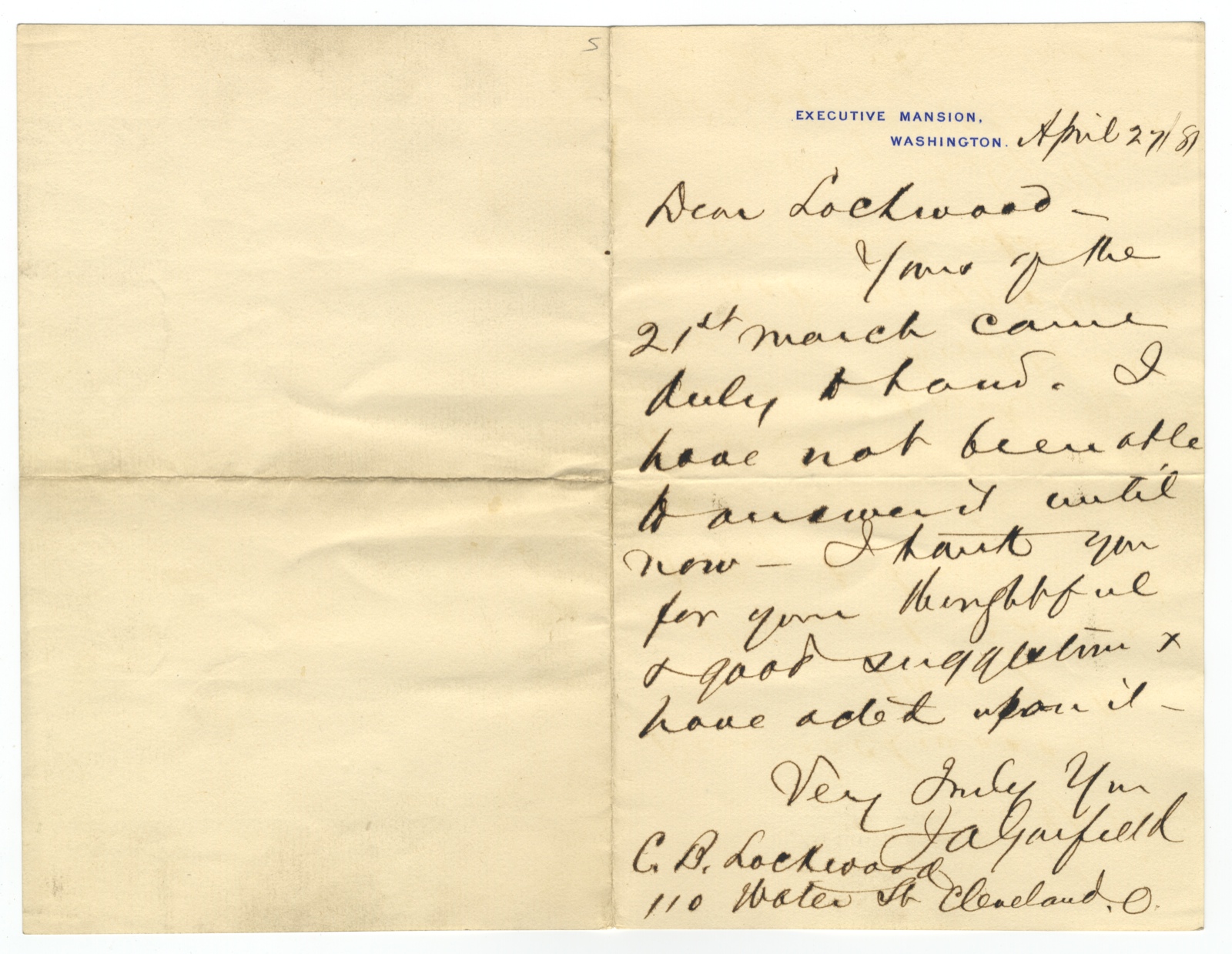 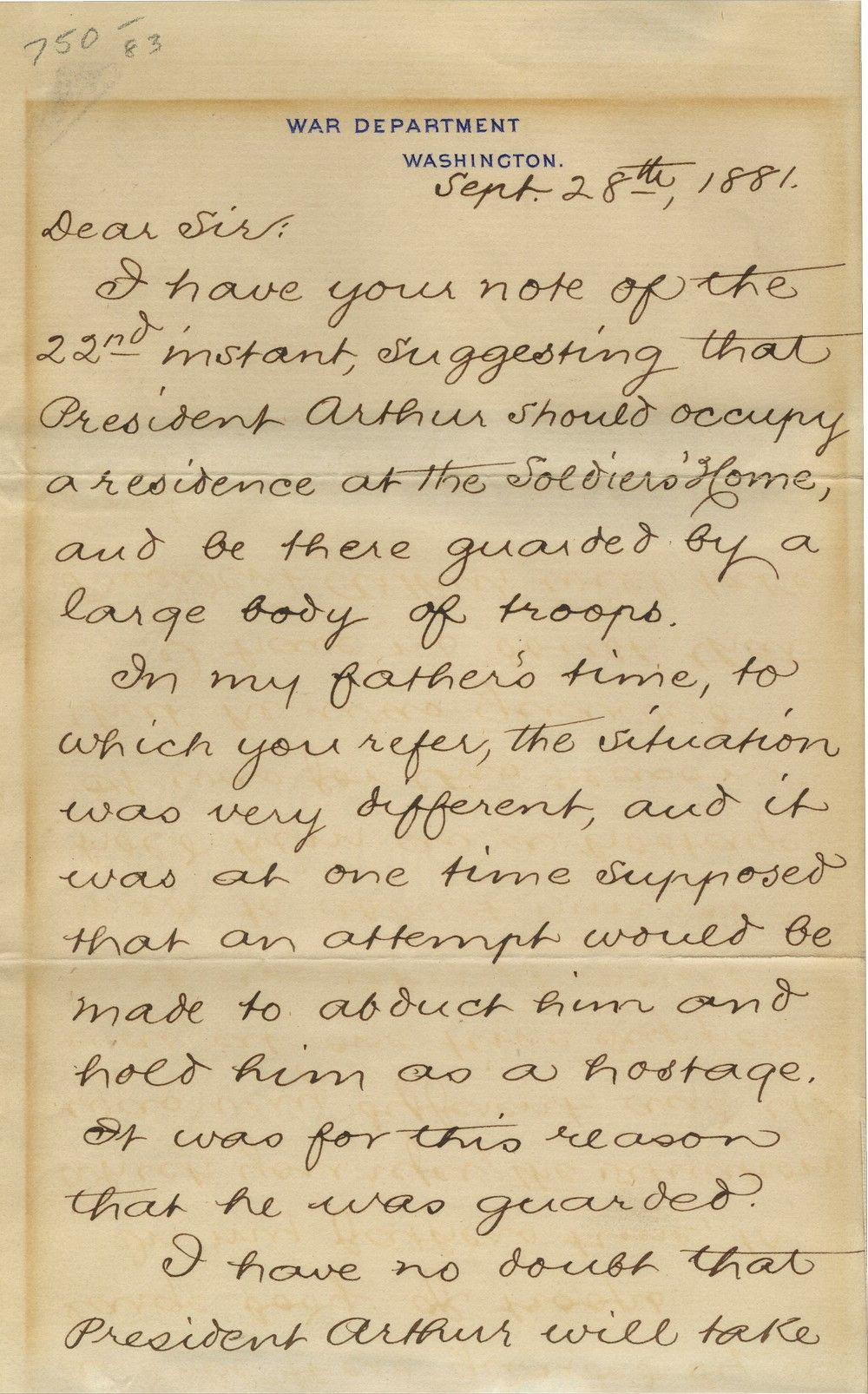 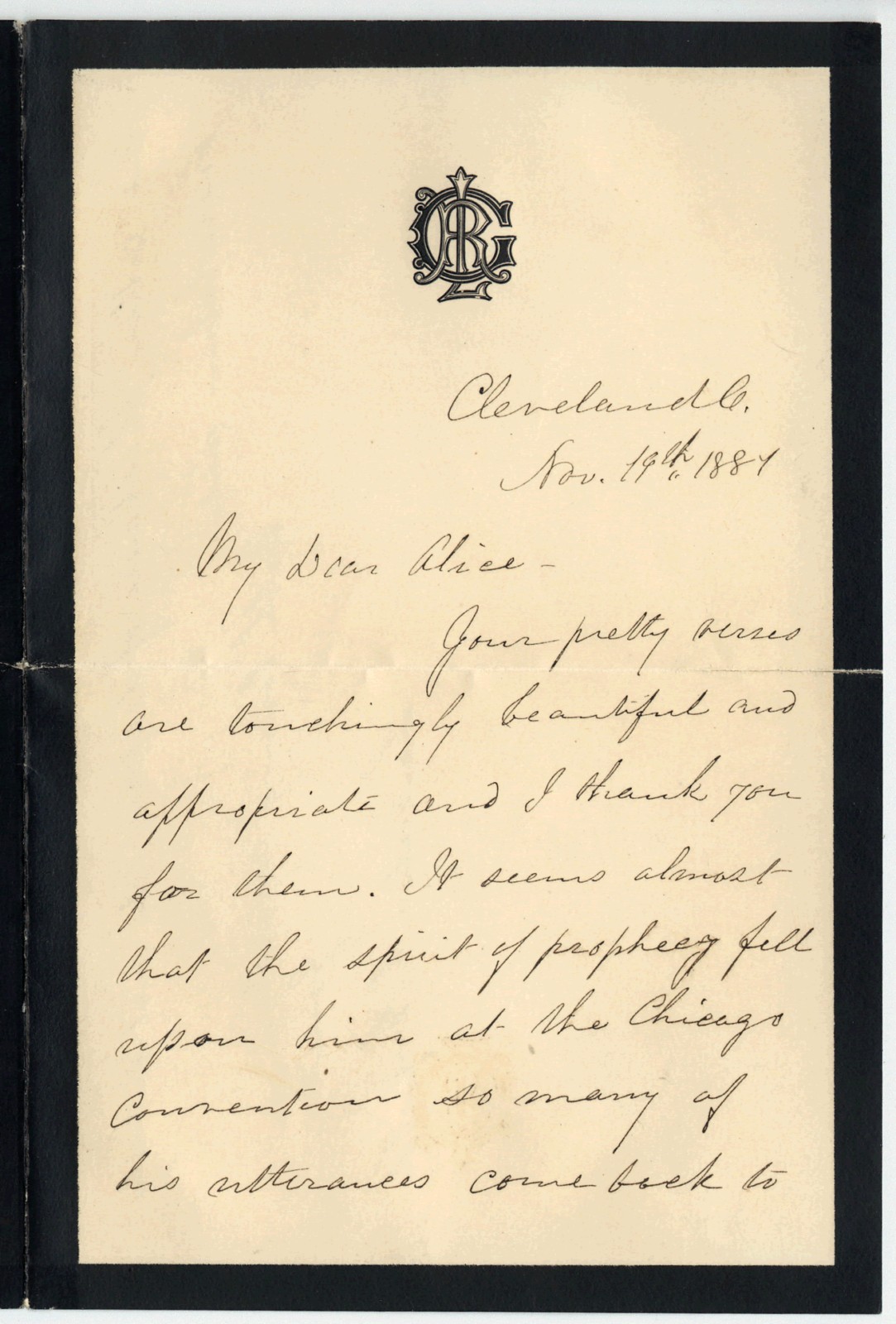 Yours of the 9th of June came duly but I had no time to answer - and now can do little more than thank you for it[.] I am so pressed with work, and overwhelmed with correspondence and visitors. I know you are rejoiced at my nomination[.] To me their [sic] is a streak of sadness in it that I suppose no one else can understand but if any one ever had the support of sincere friends I believe I have - at least my letters indicate it - Again thanking you

I am as ever Yours 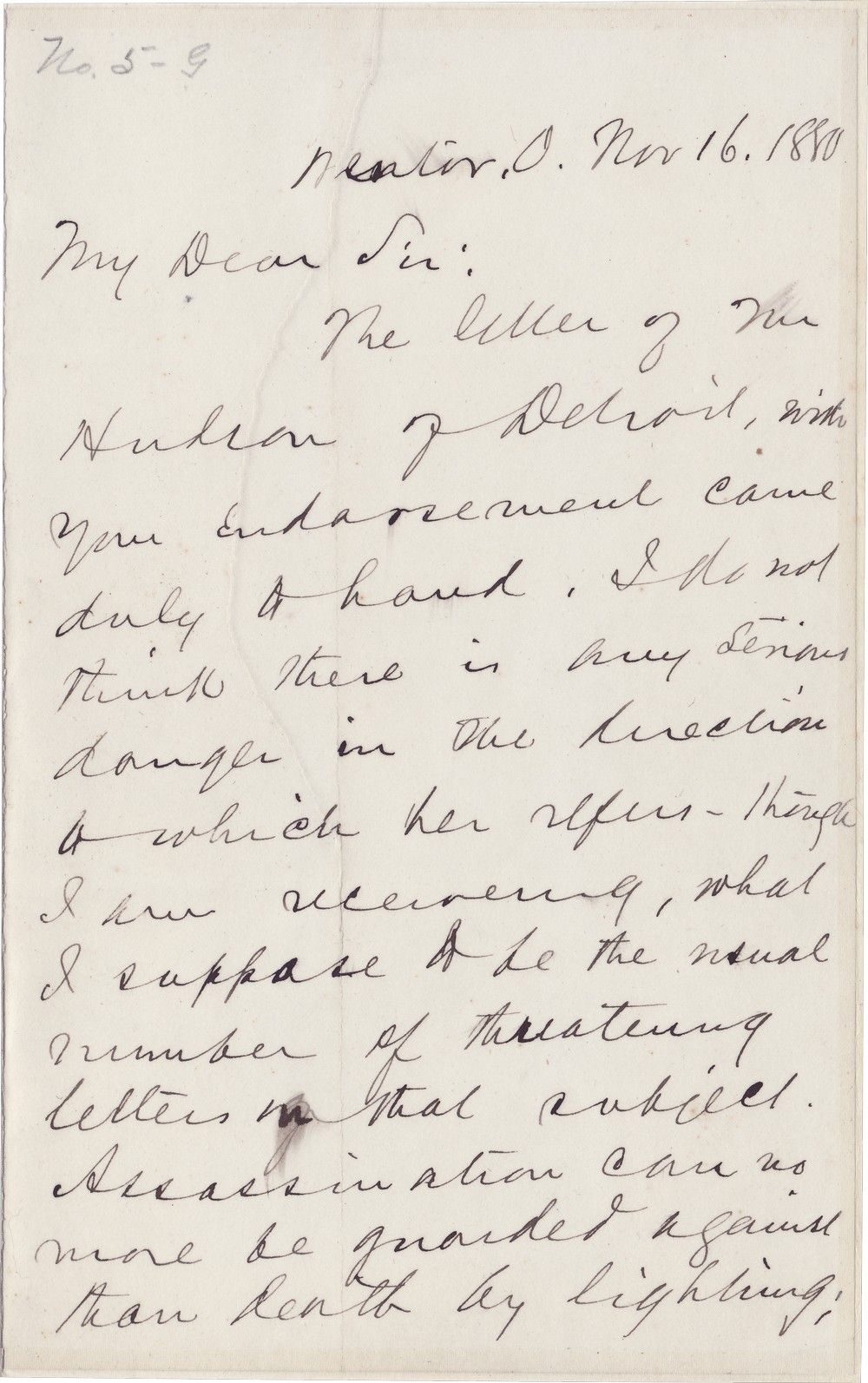