Just five days after Zola published “J’accuse!” in the French newspaper L’Aurore, Pissarro writes to say that he wishes his name added to “the protestation against the awful judgment of the court-martial” to be published, apparently, in that crusading paper.
Autograph Letter Signed (“C. Pissarro”), in French, 1 page, octavo, Hotel du Louvre, Paris, January 18, 1898. To Mr. Berttier.
Read More

I fear I may not be able to go to l'Aurore today. Please add my name to the protestation against the awful judgment of the court-martial.

Thank you, cordially yours 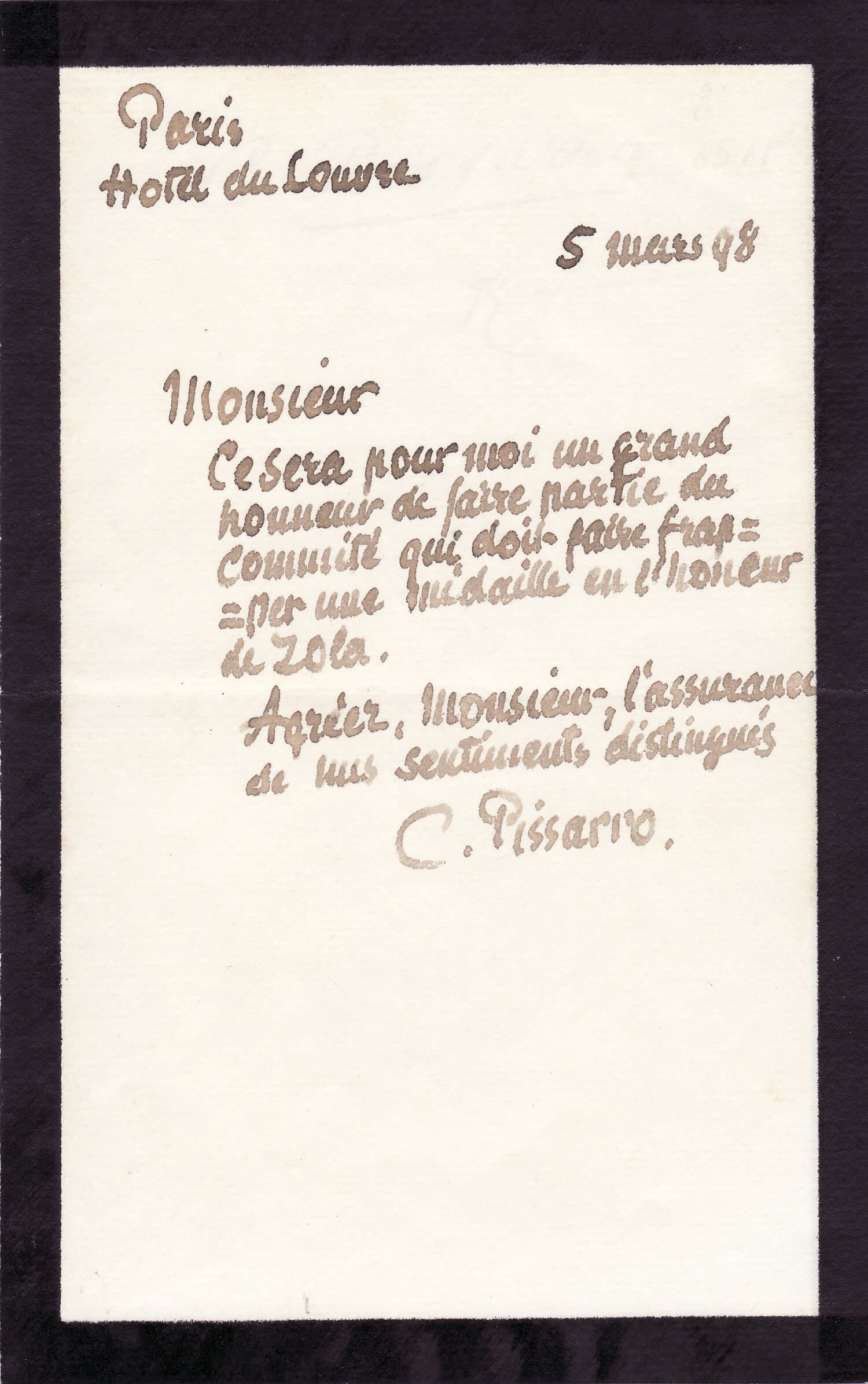 Jacob-Abraham-Camille Pissarro (1830-1903) was a Danish-French Impressionist painter and considered the mentor of the rest of the Impressionists. Pissarro was born to a Jewish French and Portuguese family on the Danish island of St. Thomas in 1830. When Pissarro was twelve, his parents sent him to boarding school in France, where he went on to study under various masters based in Paris. Pissarro caused some family controversy when he married his mother’s non-Jewish maid, Julie, with whom he had seven children. With the outbreak of the Franco-Prussian war of 1870, Pissarro, a Danish national, was forced to flee with his family to England. When Pissarro returned to France in 1871, he found that the majority of his art had been destroyed. Two years later, Pissarro organized a group of colleagues into an anonymous independent collective, and a year later, they held their first Impressionist exhibition in 1874 as an alternative to the establishment Salon. Pissarro, along with the rest of the Impressionists, were initially rejected by the art critics. Emile Zola, an art critic and author, however, reviewed Pissarro’s art favorably as early as 1868. Later, Pissarro would join Zola’s petition protesting the Dreyfus Affair, and when Zola was accused of libel, Pissarro joined a committee to strike a medal honoring Zola. Pissarro shifted into Pointillism later in life and was an early admirer who encouraged van Gogh. Pissarro died in 1903 in Paris, where he is buried.