Custer's Aide, Frederick Benteen, Takes the Oath of Office as Captain in the 7th Calvary 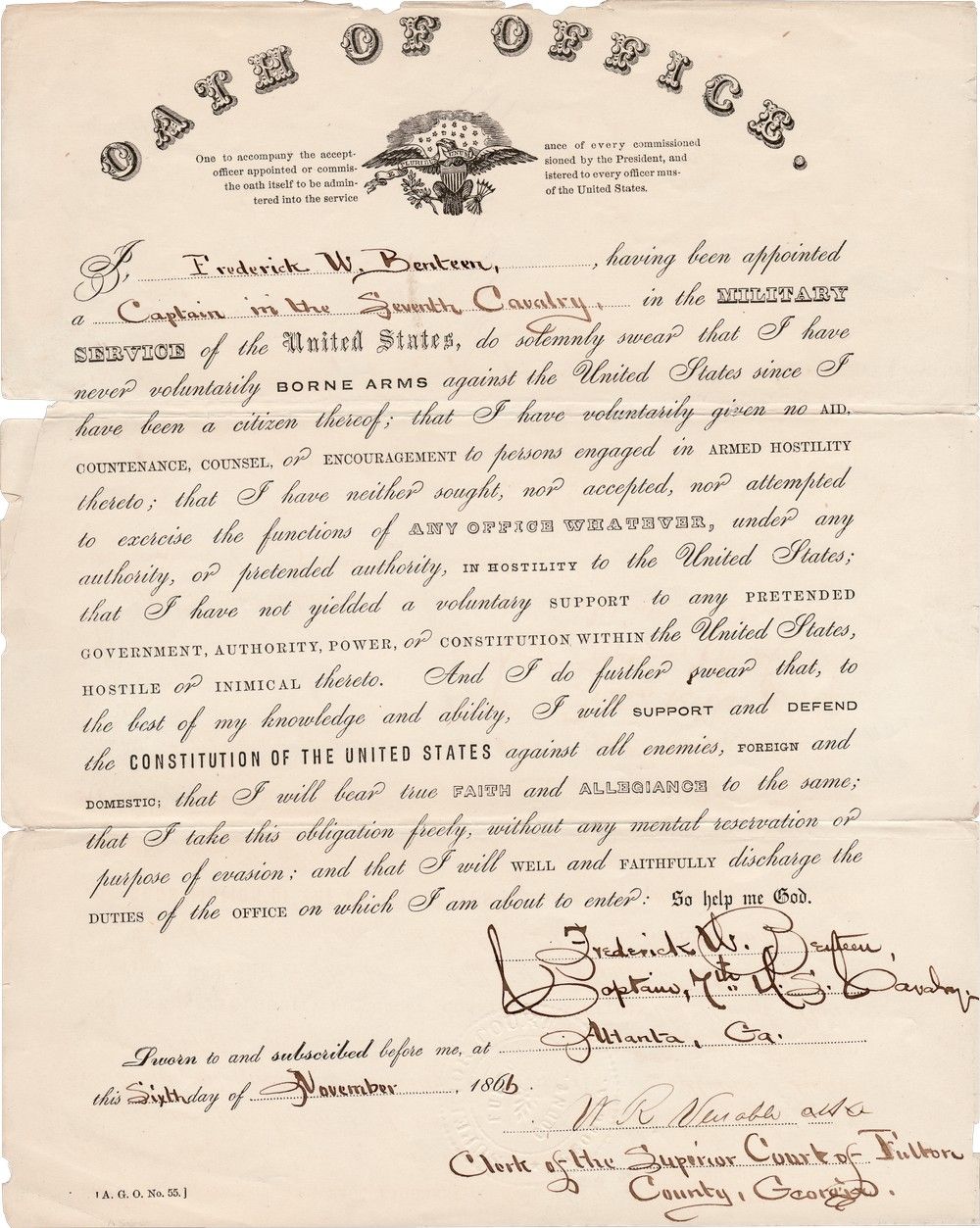 Here Benteen steps into history, taking the Oath of Office as Captain in the 7th Cavalry. Whether, at the Battle of Little Bighorn, he was the cause of Custer’s annihilation, or merely slow, or misinformed, or guilty only of following (Major Reno’s) orders, is arguable. But had he not signed this piece of paper, no one alive today would even know his name.
Document Signed (“Frederick. W. Benteen, Captain 7th U.S. Cavalry”), partially printed and accomplished in manuscript; 1 page, quarto, Superior Court, Atlanta, Georgia, November 6, 1866.
Read More

One to accompany the acceptance of every commissioned officer appointed or commissioned by the President, and the oath itself to be administered to every officer mustered into the service of the United States.

I, Frederick W. Benteen, having been appointed a Captain the Seventh Cavalry, in the Military Service of the United States, do solemnly swear that I have never voluntarily borne arms against the United States since I have been a citizen thereof; that I have voluntarily given no aid, countenance, counsel, or encouragement to persons engaged in armed hostility thereto; that I have neither sought, nor accepted, nor attempted to exercise the functions of any office whatever, under any authority, or pretended authority, in hostility to the United States; that I have not yielded a voluntary support to any pretended government, authority, power, or constitution within the United States, hostile or inimical thereto. And I do further swear that, to the best of my knowledge and ability, I will support and defend the Constitution of the United States against all enemies, foreign and domestic; that I will bear true faith and allegiance to the same; that I take this obligation freely, without any mental reservation or purpose of evasion; and that I will well and faithfully discharge the duties of the office on which I am about to enter: So help me God.

Sworn to and subscribed before me, at Atlanta, Ga, this Sixth day of November, 1866. 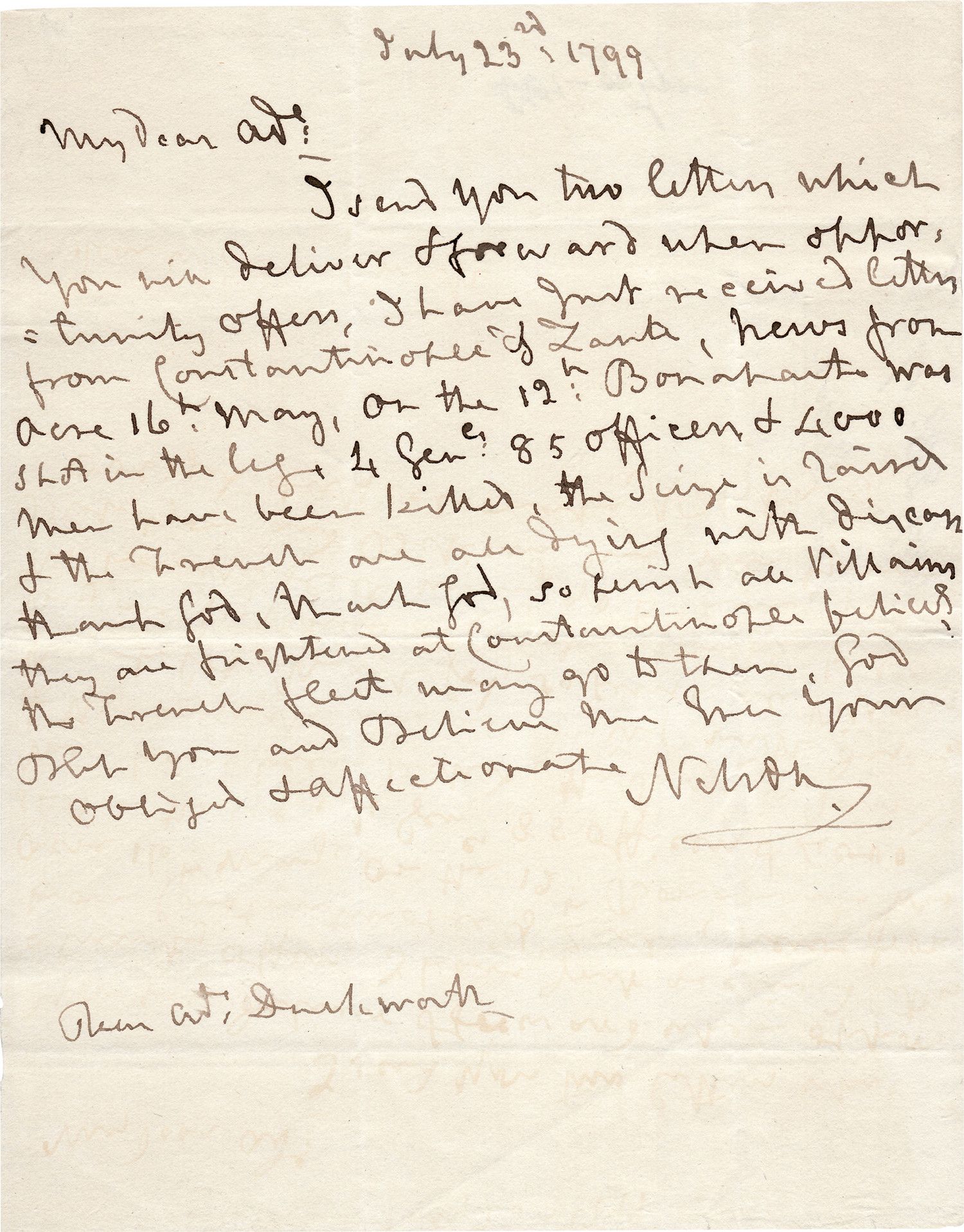