This Day In History July 16 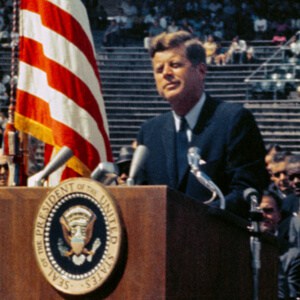 Just three months into his presidency, Kennedy pledged, in his address to Congress on May 25th, 1961, ”that this nation should commit itself to achieving the goal, before this decade is out, of landing a man on the moon and returning him safely to the earth.” To which he added “No single space project in this period will be more impressive to mankind, or more important for the long-range exploration of space; and none will be so difficult or expensive to accomplish.”