The Charleston Mercury had, during the summer, already given warning: if the "Black Republican" party succeeds in the upcoming presidential election, it declared, "loyalty to the Union will be treason to the South." With Lincoln's election then, the Palmetto State lost no time in bolting. A convention was called by the General Assembly on November 10, 1860, for "the People of South Carolina to draw up an Ordinance of Secession." By December 17th, the delegates had gathered, and amid a carnival atmosphere on the 20th, with a vote of 169 to none, proclaimed that "the union now subsisting between South Carolina and other States, under the name of 'The United States of America,' is hereby dissolved." A quarter of an hour later this broadside announcement - set in type, no doubt, even as the Convention met - was being hawked on the streets of Charleston.


Why the headline “Union is Dissolved” was anathema to Lincoln, had not, in 1860, so much to do with slavery, which he abhorred, but democracy, which he loved. In 1860, the American experiment in democracy was less than 90 years old: no other government in the world was headed by an elected figure. That this revolutionary form of government might come apart – that the “Union” might be dissolved from within – was a nightmare scenario for Lincoln. When he insisted, in December 1860, that no state could lawfully leave the Union without the consent of the others; when earlier, in his Cooper Union Address, he had stressed the intent of the Founders; it was because he saw in the specter of half the country breaking away, an attack on the very concept of self-governance, and looming ominously, the possibility of a catastrophic defeat to the cause of human liberty.

“My paramount object in this struggle is to save the Union,” he made clear to Horace Greeley in August 1862, “and is not either to save or to destroy slavery. If I could save the Union without freeing any slave I would do it, and if I could save it by freeing all the slaves I would do it; and if I could save it by freeing some and leaving others alone I would also do that. What I do about slavery, and the colored race, I do because I believe it helps to save the Union.” But even as he wrote, Lincoln was beginning to see that the preservation of liberty required its extension; he had begun, in secret, to write the Emancipation Proclamation. By the end of that year, he went before Congress to state his bold truth: “In giving freedom to the slave, we assure freedom to thefree,” he declared, “in what we give, and what we preserve.” Surely, by such means, “the last best hope of earth” would be saved.Printed broadside, the Charleston Mercury Extra: "THE UNION IS DISSOLVED!" [Charleston, 20 December 1860]. 1 page, broadside. FIRST PRINTING OF THE FIRST SECESSION ORDINANCE. Crandall 1888; Ray O. Hummell, Southeastern Broadsides Before 1877, no. 2434 (locating six copies); Sabin 87439.
Read More 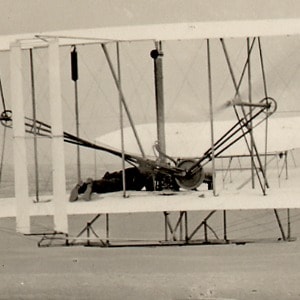 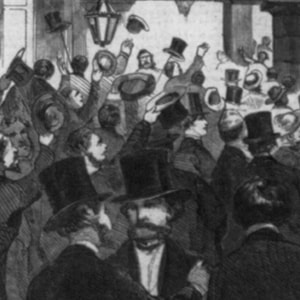 To dissolve the Union between the State of South Carolina and other States united with her under the compact entitled "The Constitution of the United States of America."

That the Ordinance adopted by us in Convention, on the twenty-third day of May, in the year of our Lord one thousand seven hundred and eighty-eight, whereby the Constitution of the United States of America was ratified, and also, all Acts and parts of Acts of the General Assembly of this State, ratifying amendments of the said Constitution, are hereby repealed; and that the union now subsisting between South Carolina and other States, under the name of "The United States of America," is hereby dissolved.

THE UNION IS DISSOLVED!