“Even though people may be well known, they hold in their hearts the emotions of a simple person for the moments that are the most important of those we know on earth: birth, marriage and death.” So reflected Jacqueline Kennedy, who understood that a president, however powerful, still lives above the store – and has, like everyone else, a private life. Presidents, be they ever so popular or not, have feelings and families, and what happens to them at home can sometimes affect their work, even when that home and workplace is the White House. Perhaps the most extreme and poignant example of this is what happened to President Calvin Coolidge, when, 92 years ago this week, his 16 year-old son got a simple blister on his toe playing tennis…

“When I look out that window, I always see my boy playing tennis on that court out there.” – President Coolidge, speaking to a friend in the White House

“When he went, the power and the glory of the Presidency went with him.” – The Autobiography of Calvin Coolidge, 1929

Looking at the photos taken the day of the game, one can see the extreme weather in the faces of President Coolidge’s two sons, 17 year-old John and 16 year-old Calvin Jr.  The nation’s capital, infamous as the northernmost city to boast a humid subtropical climate – when, that is, it’s not snowing – was 91°F on June 30, 1924, and the boys, in their woolen suits and vests, hats and ties, were sweltering. But Coolidge had just been nominated for president some two weeks before and would seem to have needed the photos that day. There were several newspaper shots taken on the 30th of the Coolidge family, the Coolidge-Dawes Republican ticket, and various party worthies; and the president, who always made his sons don tuxedos for dinner every night, would not let a mere summer monsoon allow them to appear in a formal photo in anything less than a suit. Perhaps it was the heat,  then, or all the layers of clothing, that made Calvin Jr. forego wearing socks under his sneakers later that day, when he went out to play tennis on the White House court. Maybe he couldn’t find a pair, or clean ones, or didn’t even notice: but he developed a blister on the third toe of his right foot and, by July 2nd, it was killing him. 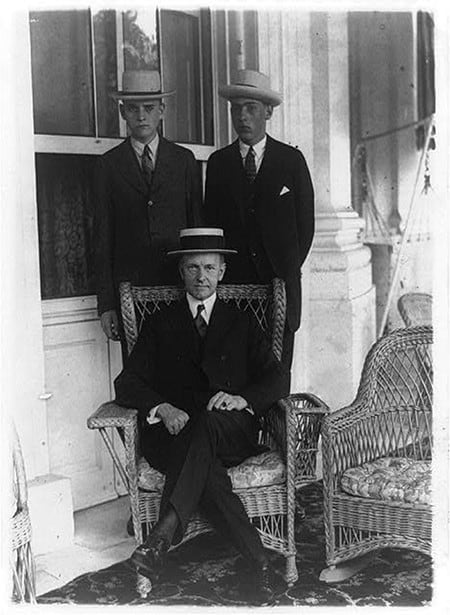 The boy was limping, running a fever, and had swollen glands in his groin; the blister darkened, swelled to the size of a thumbnail, and red lines streaked his legs. What this meant, in those days before antibiotics – Alexander Fleming’s discovery of penicillin was still four years off – was that Calvin Jr. was, in the words of an attending presidential physician, “in trouble.” Coolidge grasped this at first sight. When Charles Dawes, his recently nominated vice-presidential running mate, who happened to be at the White House that night, passed the boy’s bedroom, he chanced to see Calvin Jr. “in great distress” and the President bending over his bed. “I have never witnessed such a look of agony and despair,” Dawes recalled later, “as was on the President’s face.” It was downhill all the way.

How Did Calvin Coolidge Jr Die?

The end came too soon. On July 5th, Calvin Jr. was moved from the White House to Walter Reed Army Hospital; his parents likewise moved into a room there, to be with their stricken boy. By July 7th, Calvin Jr.’s localized infection had developed into full-blown sepsis. As the boy slipped in and out of delirium, Coolidge cradled him in his arms. He died at 10:20 p.m. Some who were there say that the president was in perfect control of his emotions; others, that he was hysterical, shouting he would soon join his son in death. Probably fairest was the assessment of the eminent pathologist, Dr. John Albert Kolmer, who had been called to attend at the bedside. “It is commonly stated that President Coolidge is ‘cold as ice,'” he wrote, “but I had the opportunity of seeing him in his hour of grief and to know quite otherwise. Indeed, it was the most touching and heart-rending experience of my whole professional career.” The death of a child, at any age, is unbearable – and Coolidge’s anguish at losing his favorite son was terrible. Calvin Jr. was, in fact, a younger version of his father. They looked the same, thought the same, were modest, hardworking, and possessed of a dry teasing wit. Coolidge had doted on his youngest – on his eldest, John, not so much – and when Calvin Jr. was gone, it was more than the joy of the presidency that went with him. Overnight, Coolidge changed from being an engaged and energetic president to a man who slept an incredible 16 hours a day. He worked at his desk but four and a half – and there, often put his head down to weep, or escape again into sleep. The death he longed for at Calvin Jr.’s bedside, couldn’t come soon enough.

“Silent Cal,” never wrote about his great loss in any handwritten correspondence, other than this one exceedingly rare letter. Writing to an old friend six weeks after Calvin Jr.’s death, he refers, first, to the funeral, which began with a service in the White House, proceeded to a service in Northampton, Massachusetts, where the president had previously served as governor, and ended with the burial in the president’s birthplace of Plymouth, Vermont. In this letter, the president then used a brief description of his son not dissimilar to the painfully short one he would pen in his Autobiography five years later. There he wrote that “he was a boy of much promise” and here, that he “could have been a power for much good in the world…”

“It was a comfort to know that you and others of our friends were at Northampton Station when we went back home although we could not express our appreciation. Everyone has been most kind and thoughtful in their expressions of sympathy. I am sure Calvin could have been a power for much good in the world, but he lives now without the sorrow and suffering that comes to all mortals more than the world could ever give him.” Left unsaid was that much of that “sorrow and suffering” was Coolidge’s own – which, ultimately, he would lay on his presidency. “If I had not been President,” he concluded his 226-word autobiographical paean to his son, “he would not have raised a blister on his toe, which resulted in blood poisoning, playing lawn tennis in the South Grounds.” Coolidge died, heartbroken, at the age of 60, in 1933. He was buried next to Calvin Jr.

Similarly, Theodore Roosevelt’s loss of his youngest son, Quentin, in World War I, was equally devastating, and the former president also died at the age of 60 of a broken heart. Both Coolidge and Roosevelt had been the most powerful men on earth, but neither could save their sons. Instead, they each felt somehow responsible for their “accidental” deaths. Coolidge, just by virtue of being president made possible an event that might not otherwise have ever taken place; and Roosevelt, who all his life, had extolled war-time heroism (and led by example). “To feel that one has inspired a boy to conduct that has resulted in his death, has a pretty serious side for a father,” Roosevelt unhappily reflected.

The presidency and White House are, both symbolically and literally, a house in which people live – and as such, the most human of institutions.  The New York Times reported the loss of Calvin Jr., coming as it did, in the middle of the tumultuous Democratic Convention of June-July 1924, then in its second sweaty week of balloting. When the announcement was made thereof Calvin Jr.’s death, a “low, prolonged moan, almost a sob… filled Madison Square Garden… Rancor ceased and a wave of common sympathy swept over the vast audience.” It suggested to the Times “the nearness of the White House to every American home, and the solicitous regard in which all the people hold their President.”  “His grief,” the Times concluded on July 9, 1924, “is also theirs.” 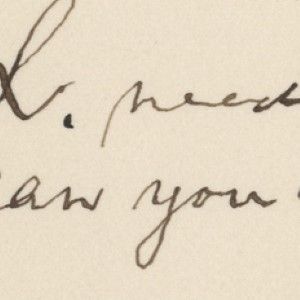