Theodore Roosevelt, who could loathe just as vigorously as he loved, had no use at all, in 1916, for Woodrow Wilson. That “he kept us out of war” was enough, then and there, to despise him. Roosevelt felt that Wilson’s failure to declare war, after the sinking of the Lusitania on May 7, 1915, was nothing short of cowardly – and he says so here. “What a dreadful creature Wilson is!” he exclaims. “I cannot believe our people have grown so yellow as to stand for him.”

Roosevelt may have been referring to another sinking, that of the Sussex on March 24, 1916, just two weeks before this letter was written. Here was yet another deliberate act of German submarine warfare against a passenger vessel and Wilson stood silent again. The U.S. would finally go to war against the German Empire on April 6, 1917 - exactly one year later.
Typed Letter Signed, 1 page, quarto, on the letterhead of the Metropolitan magazine, 432 Fourth Avenue, New York City, April 7, 1916. To W.W. Sewall in Maine.
Read More 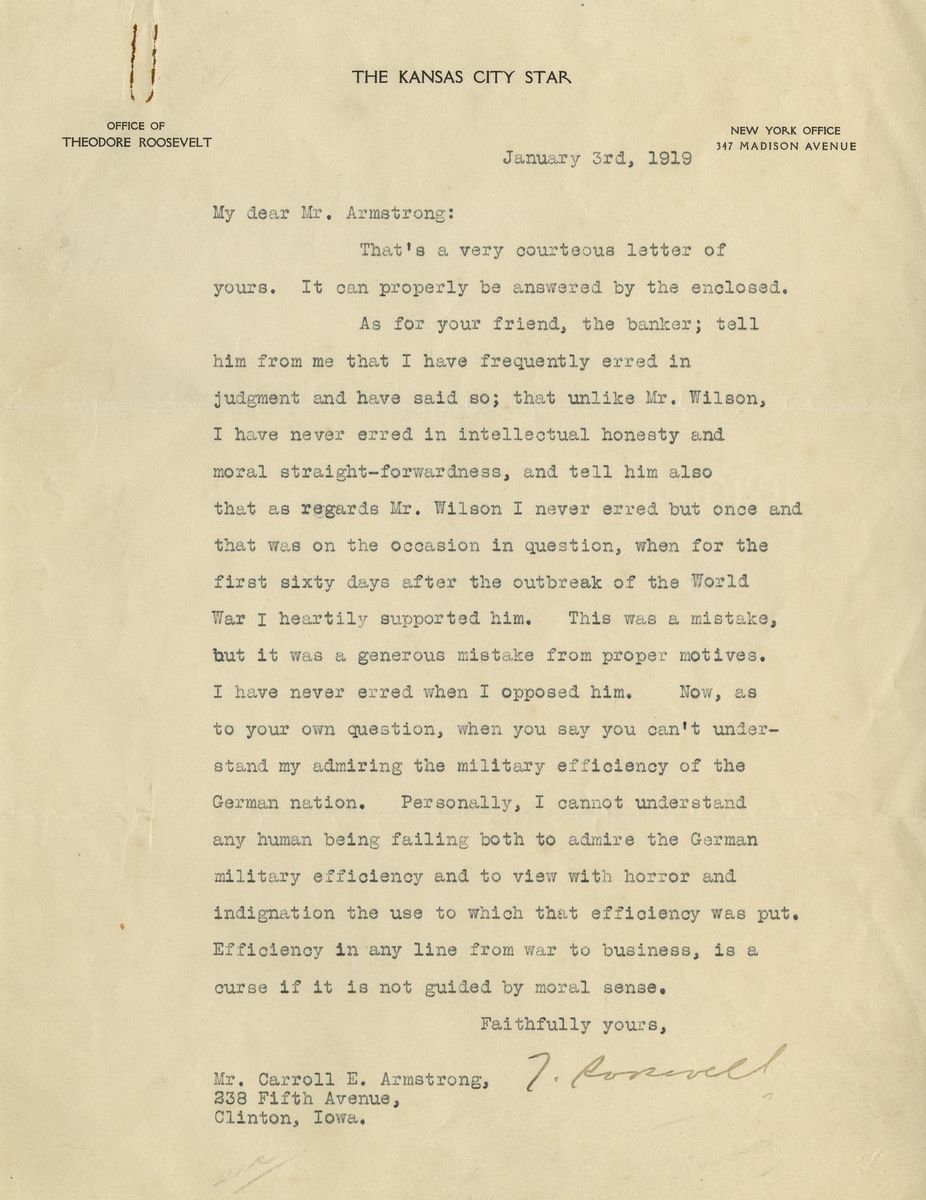 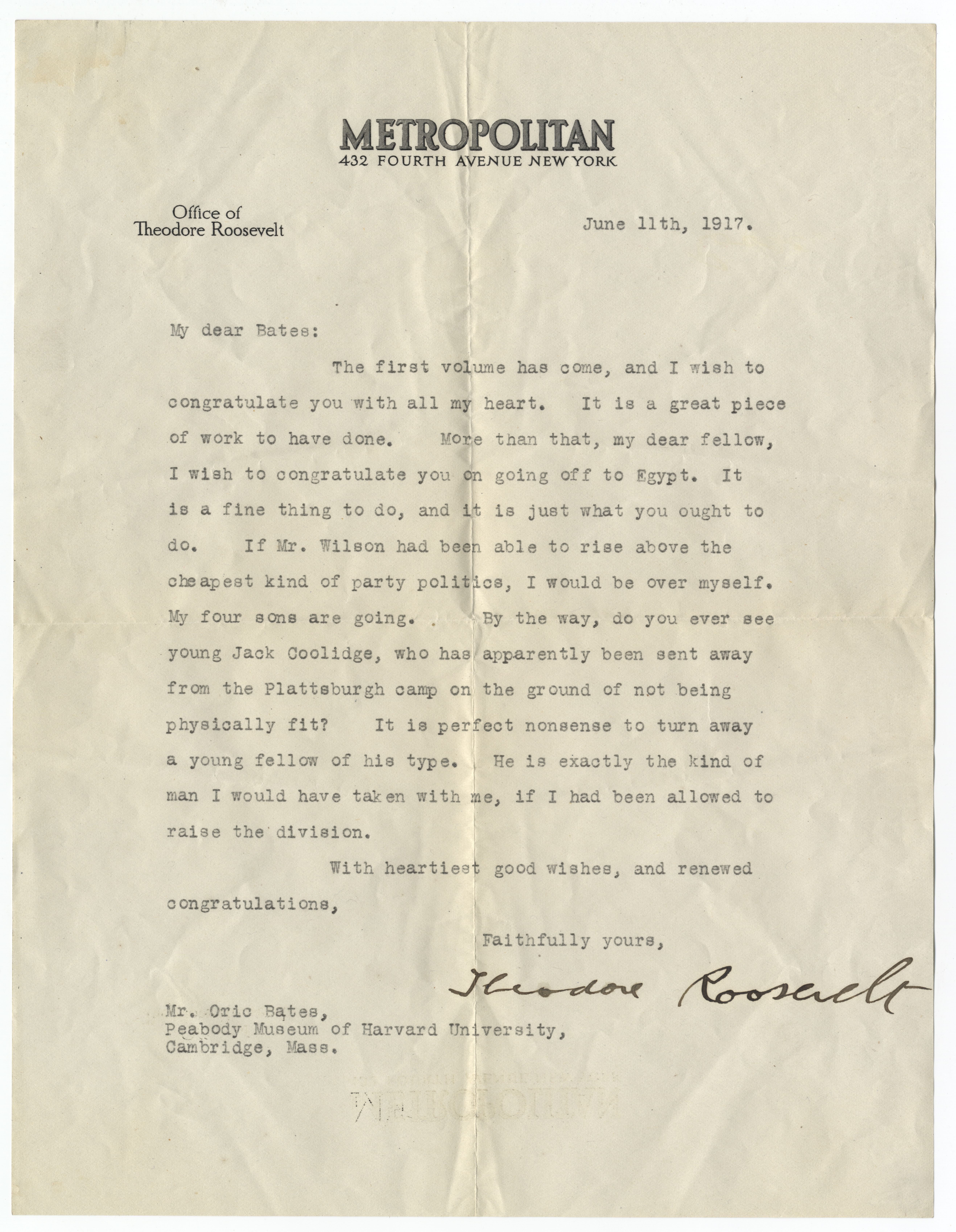 That's a fine letter of yours and told me just what I wanted to hear. I have but very little time to write you.  I am sending you a copy of Scribner's containing a very interesting experience I had with the Moose. Show it to Pride.

I am mighty glad to hear of Merrill and Mrs. Merrill and Fred and Mrs. Fred and Harriet and Kitty.  I am sending herewith, instead of that picture of myself and Mrs. Roosevelt, a book which contains both of these pictures and another one of myself, Ted and Ted's son little Ted.

What a dreadful creature Wilson is ! I cannot believe our people have grown so yellow as to stand for him. 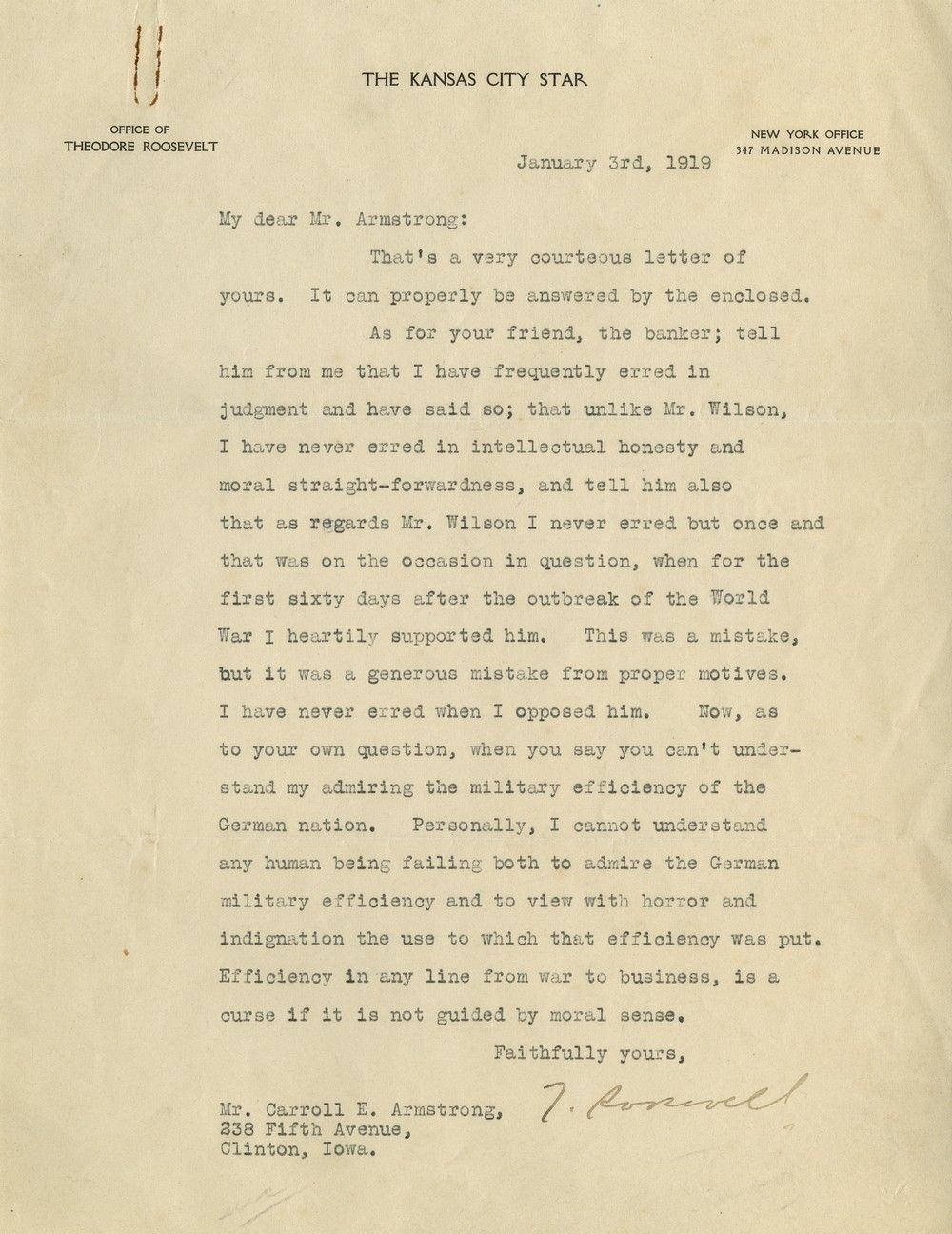