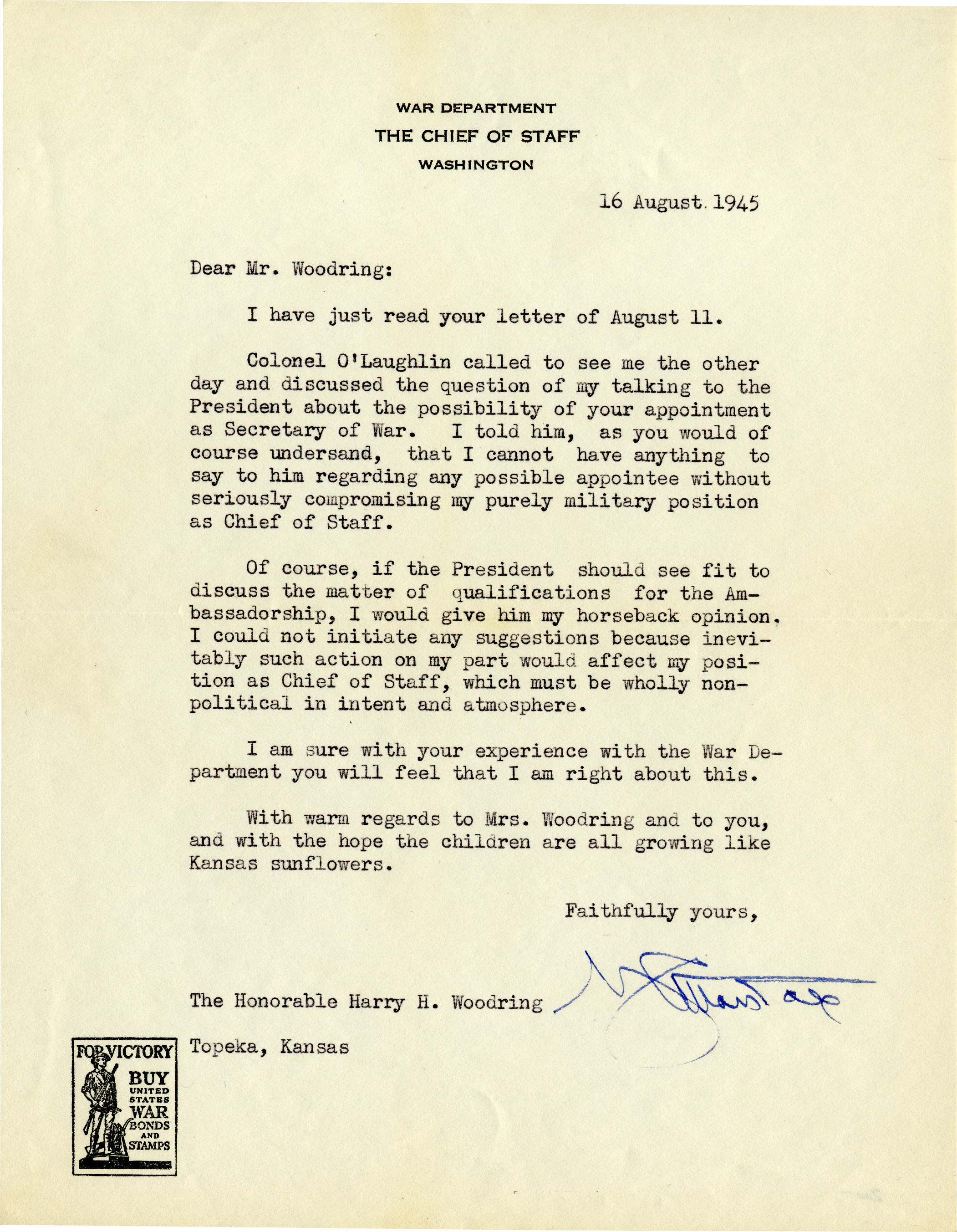 Harry Woodring loved politics. He was governor of Kansas from 1931-1933, Assistant Secretary of War from 1933-1936, and then Secretary of War until June 1940. Woodring returned to Kansas after Roosevelt asked for his resignation, but he never lost interest in politics. Only days after atomic bombs devastated Hiroshima and Nagasaki, Woodring wrote letters to President Harry Truman and Army Chief of Staff George Marshall in the hopes of returning to the nation’s capital to become Truman’s new Secretary of War.

Henry Stimson, the Secretary of War who replaced Woodring, planned to retire. The 77-year-old had done his duty – he successfully guided the United States through a brutal war, and the American people regarded him as a hero. He formally announced his retirement on August 29th, 1945, which came as no surprise. Stimson’s retirement was one of the worst kept secrets in Washington, which Woodring certainly knew about. It was rumored daily in newspapers in early August. The day after the first bomb was dropped on Hiroshima, newspapers printed stories that claimed “Secretary of War Stimson is now ready to retire.” Senator Ed Johnson (D-CO) specifically called for Stimson’s resignation in the hope that he would be replaced by a “young, vigorous man.”

The almost-sixty-year-old Woodring was not exactly a young, vigorous man. And the post-WWII international environment was not the right fit for Woodring anyway. He belonged to an earlier era, when isolationism made more sense. Some Americans continued to push for an isolationist policy, especially members of the Old Right, but they would gradually become less and less influential, or change their tunes altogether and become internationalists.

Woodring must have really wanted the job, though. He obviously had an ulterior motive for writing Truman a chummy letter on August 10. The next day he penned a second letter to Marshall. Marshall had already heard of Woodring’s interest in becoming Secretary of War from Colonel John Callan O'Laughlin, the longtime journalist and friend of all three – Truman, Marshall, and Woodring. O’Laughlin ran the Army and Navy Journal, which covered American military news and world affairs. He came to know Woodring from the latter’s time in the War Department during the Roosevelt years, and O’Laughlin called on Marshall to inquire about Woodring’s candidacy. But Marshall politely tells Woodring that he cannot lobby Truman in support of Woodring’s appointment to the post. He rightly notes in his letter, “I cannot have anything to say to him regarding any possible appointee without seriously compromising my purely military position as Chief of Staff.”

Truman did not choose Woodring for the position, but instead selected Robert Patterson to replace Stimson. Patterson, a former federal judge, had worked with Stimson as Under Secretary of War from 1940-1945. A few years later, Congress passed the National Security Act of 1947 that renamed the Department of War as the Department of the Army, and then merged it with the Department of the Navy, both of which were under the umbrella of the newly-created Department of Defense. Much to Woodring’s chagrin, Truman appointed Louis Johnson as his second Secretary of Defense in 1949. Woodring and Johnson had a contentious relationship when both served in the Department of War during Roosevelt’s presidency. After failing to persuade Truman to name him Secretary of War in 1945, Woodring turned his attention back to Kansas politics. He unsuccessfully ran for Kansas governor two times – first in 1946 and then again in 1956. 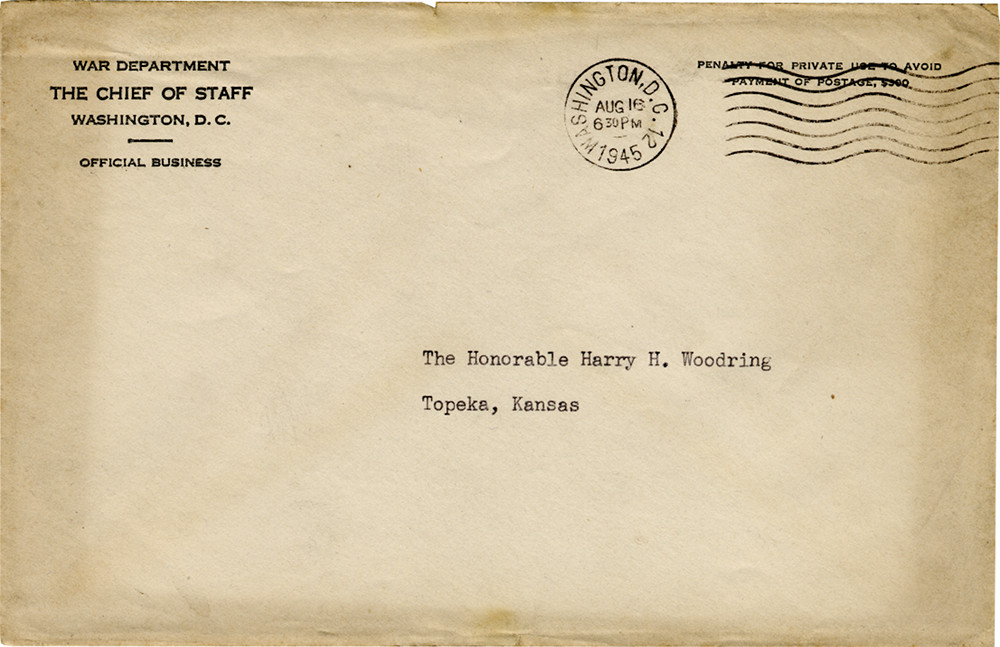