As the country was rent apart, brother against brother, during the Civil War, so the President’s own family was beset by disunion, with half of Lincoln’s in-laws supporting the South, and half the North. Here, Lincoln replies to his wife Mary’s cousin Lyman Todd that he cannot "enlarge on parole" at the request of the Todds, a Colonel Smith. Such a thing would set a precedent, he says, upon which nearly all the prisoners held by the Union might act – and this, in the face of how the Confederacy was treating Federal prisoners, is completely unacceptable. “Our friends held by the enemy, are not only closely confined,” Lincoln explains, “but actually frozen and starved.” Lincoln was, in all likelihood, referring to the notorious conditions prevailing in Richmond's Libby Prison which, just three months before, had been revealed in The New York Times to be a site of wholesale misery and death. Up to forty deaths a day were attributable, the Times reported, to insufficient food, clothing, and shelter - and in light of the horrors revealed, it is not surprising that Lincoln was disinclined to show a Confederate officer any favors. Still, he writes here, he does not object to a “special exchange on fair terms" but he hasn’t the time to negotiate one, and cannot, in any case, “personally take charge of them.”

Lincoln, who had no brothers or sisters of his own, was well compensated in this regard by Mary, who had thirteen – most of whom at one point or another, turned to Lincoln. “In an unparalleled display of nepotism, [President Lincoln] has appointed his whole family to government posts,” the New York World reported in 1861. But the World got only half the story right: he didn’t appoint his whole family, but rather, where he could, Mary’s. Dr. Lyman Beecher Todd, Mary’s cousin, became the postmaster of Lexington, Kentucky – apparently Mary's “appointment," as she asserted vast independent power in choosing her relations as office-holders. He served well, and held the post eight years. Todd was also a respected physician, and in that connection was present at Lincoln’s death-bed and Lincoln's autopsy. Close to Mary, he attended Lincoln’s funeral and entombment.

As for Colonel Dabney Howard Smith - who had headed up a Lexington Kentucky Cavalry unit - he survived the War, returned to Kentucky to practice law, won state office as Auditor of Public Accounts, and eventually went to work for the IRS.
Autograph Letter Signed (A. Lincoln”), as president, 1 page, octavo, Executive Mansion, March 3, 1864. To L.B. Todd.

With: Free Frank, bearing Lincoln's signature in the upper right corner of the envelope, addressed in autograph to L.B. Todd, Lexington, Kentucky. No date [March 4, 1864], no place [Washington. D.C.], with the postal cancellation further denoting the status of the piece as "FREE." Scarce.

The letter of yourself and others in behalf of Col. D. Howard Smith were laid before me today by Gen. J.B. S. Todd. I can not enlarge Col. Smith on parole, because it would be a precedent upon which nearly all the prisoners we hold would be enlarged, while our friends held by the enemy, are not only closely confined, but actually frozen and starved, as we understand. Nor can I take the time to negotiate a special exchange for him. I have no objection to special exchanges on fair terms, but I can not personally take charge of them. 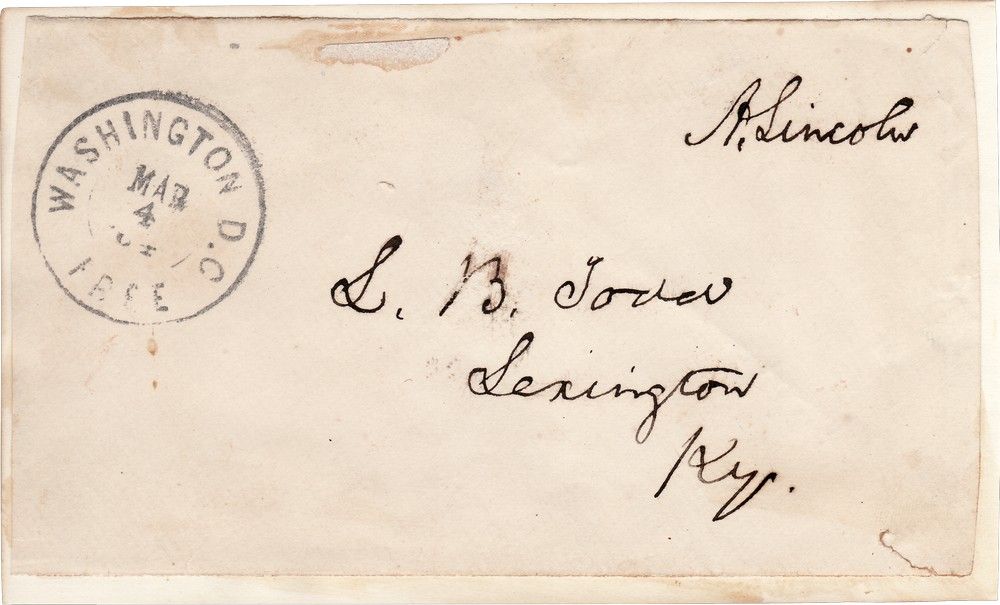 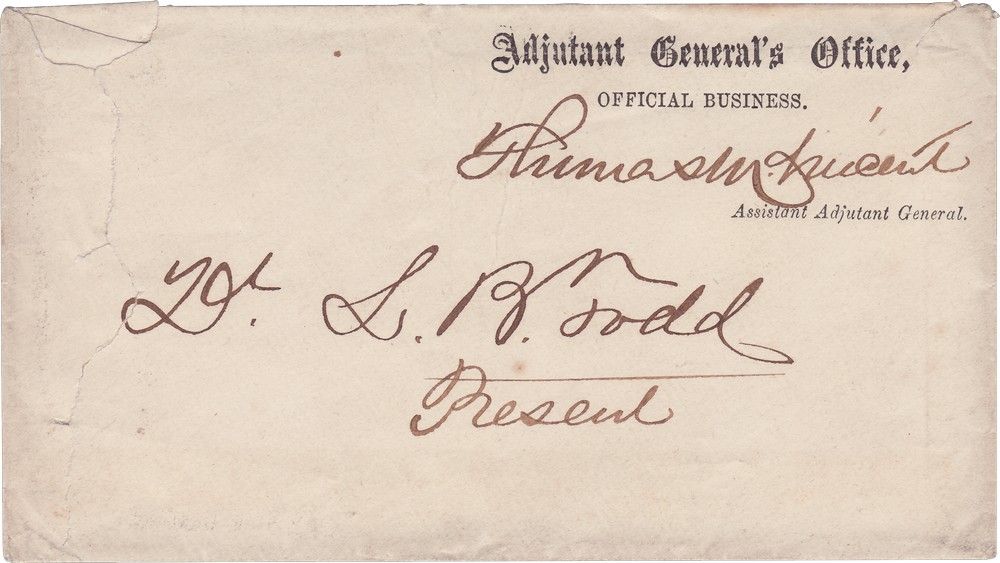