This Day In History March 1 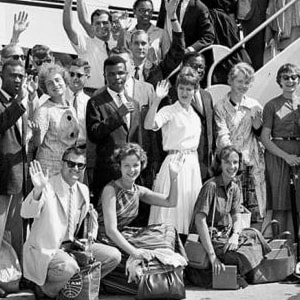 When President Kennedy famously challenged Americans “Ask not what your country can do for you – ask what you can do for your country”, thousands of young Americans responded by signing up for the Peace Corps – established just six weeks into his presidency, on March 1, 1961, by executive order.