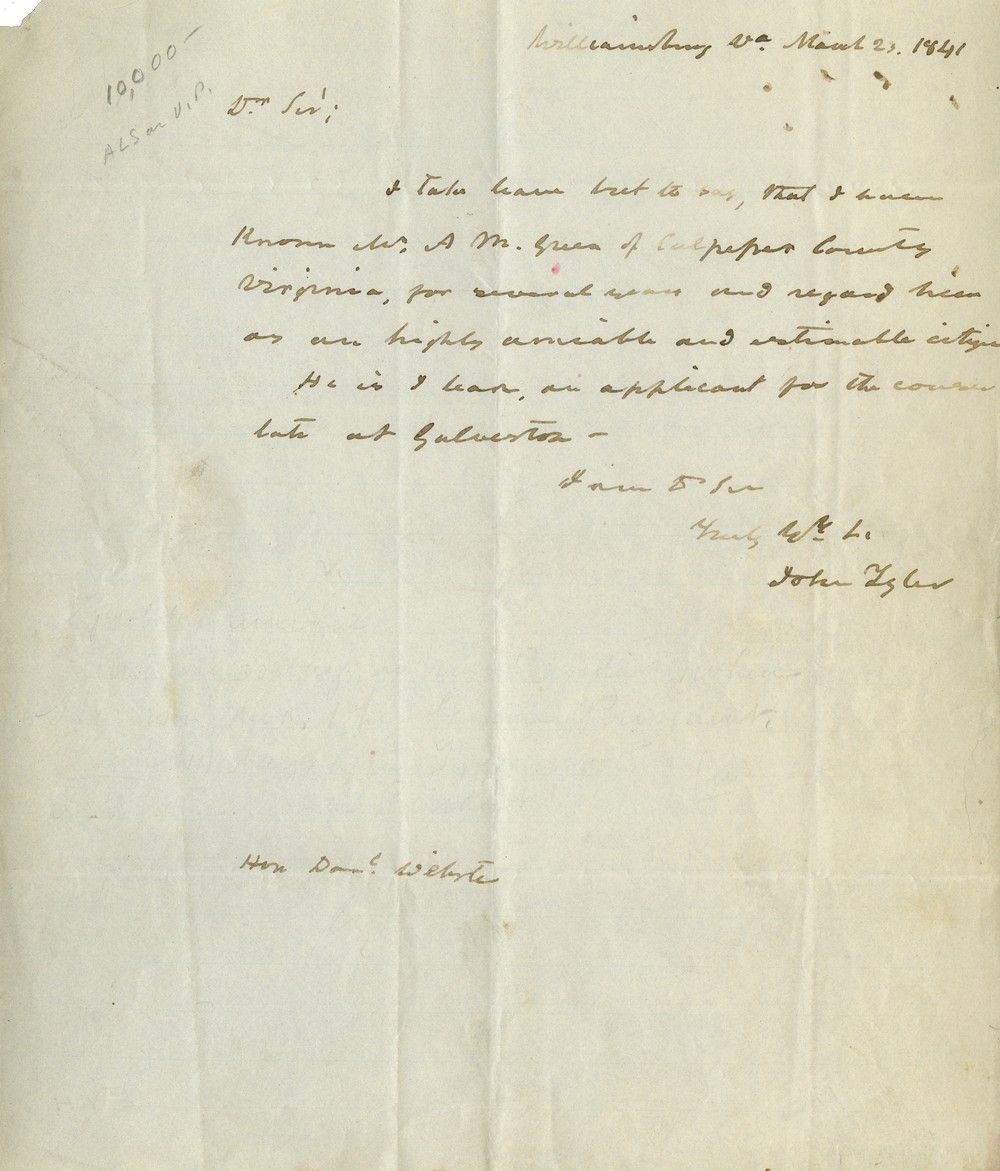 Vice President for exactly one month, Tyler was the first Vice President to ascend to the presidency upon the death of the incumbent – for which he was dubbed, and drubbed, “His Accidency.” Once in office and surrounded, he said, “by Clay-men, Webster-men, anti-Masons, original Harrisonians, old Whigs and new Whigs,” he was immediately unpopular, and stayed so throughout his term as president. His Administration did have one shining achievement, however: the acquisition of Texas. This letter, written as Vice-President – and hence, exceedingly rare – concerns Texas, albeit as a foreign country. Here he recommends a fellow Virginian as Consul at Galveston.  A.M. Green, he writes, is a “highly amicable and estimable citizen.”
Autograph Letter Signed, as Vice President, 2 page, quarto, Williamsburg, Virginia, March 23, 1841. To Secretary of State Daniel Webster. With integral autograph address.
Read More

I take leave but to say, that I have known Mr. A M. Green of Culpeper County Virginia, for several years and regard him as an [sic] highly amicable and estimable citizen.

He is I hear, an applicant for the consulate at Galveston. 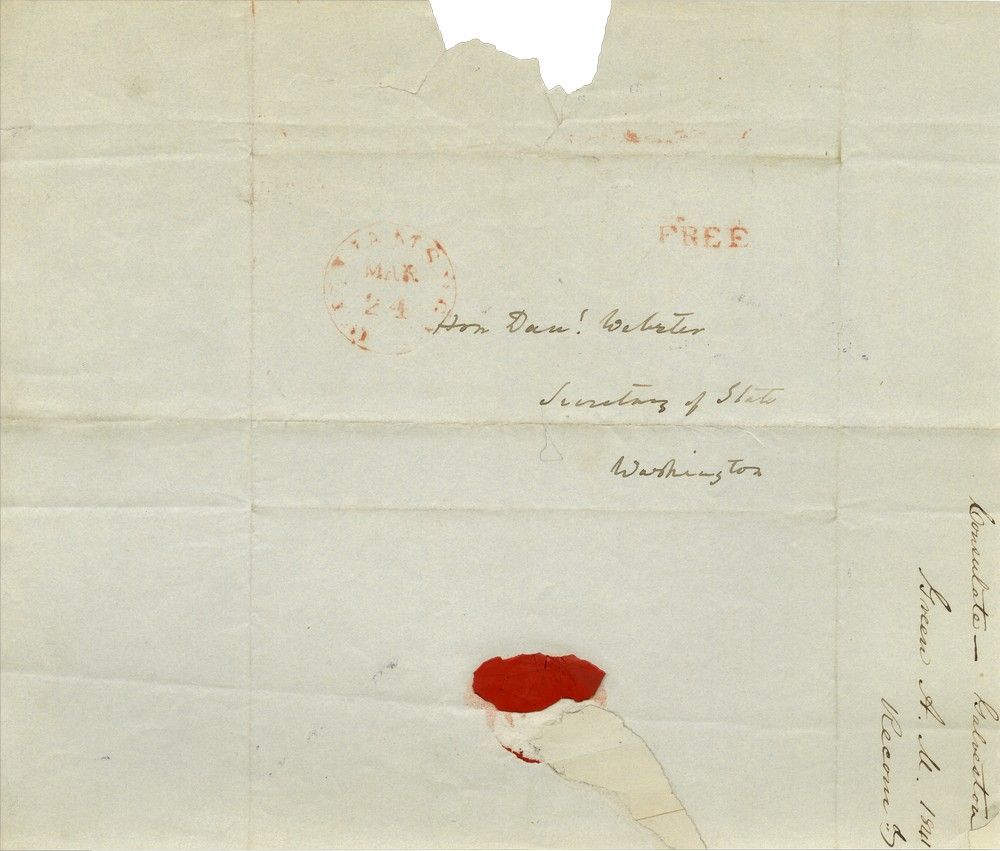