The Battle of the Little Bighorn Custers, of whom there were five in the 7th Cavalry, lived as a clan, fought as a clique, and died in their matching white buckskins at the Battle of the Little Bighorn on the same afternoon. When Ronald Reagan, a self-confessed “Custer buff”, asserted that the flamboyant general was a brilliant officer, he was dead-on: Custer was one of the best Cavalry officers, if not the best, in the United States Army. But what made him so was, to no small extent, his absolute and single-minded love of the chase. In pursuit, every consideration but one flew from him – and when, on June 25, 1876, victory finally eluded him, at the Battle of the Little Bighorn, he died fighting, along with his entire command. Among the 268 dead were Custer’s nephew Autie Reed, his brother-in-law James Calhoun, his younger brother Tom and his youngest brother, Boston.

The letter featured here, in which Custer lobbies for a second lieutenancy for his beloved “Bos” marks, for the ultimately unlucky kid brother, the first step on the trail to the Little Bighorn.

“I am extremely anxious to obtain an appointment from the Secretary of War of my youngest brother Boston Custer as second lieutenant in the 7th Cavalry.  My brother is in every respect admirably adapted to perform the duties of a cavalry officer.  He is nearly twenty four years of age, of excellent habits and character and I think would be a credit to the service.” "Custer's Last Fight." The painting from which the lithographs were made was created by F. Otto Becker in 1889. (Original painting on a wagon canvas by Cassilly Adams in 1884.) Anheuser-Busch.

Boston Custer was not appointed a Second Lieutenant, or even accepted, however, into the United States Army. He was frail and tubercular, and not, despite his brother’s pleading “every respect admirably adapted to perform the duties of a cavalry officer.” So Custer hired him as scout, at a hundred dollars a month, and happily took him along on his first, and last campaign. “don’t know what we would do,” Custer wrote from the trail, “without ‘Bos’ to tease…”

Patrolling the Plains had been, for the Custers, a frolic and a lark – right up to the moment on Last Stand Hill when, some posit, Tom shot his mortally-wounded brother through the temple, lest he be tortured to death. His own body, bristling with arrows, was found close by – as were Boston’s and Autie’s. Brother-in-law Jimmi, too, lay a short distance away. This terrible testament to love and loyalty is why, in fact, Ronald Reagan wrote in a 1984 letter to a Western historian, he never believed Custer was a swashbuckler who, knowingly, would have placed members of his own family in harm’s way. And for all the millions of words written about Little Bighorn, oddly, this is an unusual, and even novel, thesis. It may be true. The Custer clan died as they lived – together. That, certainly, meant something.

GEORGE ARMSTRONG CUSTER. 1839 – 1876. Legendary American soldier. The youngest general in American history, he has been lionized, and vilified, for losing his entire command in an Indian ambush at Little Bighorn. While “Driving Out” Indians From Little Bighorn, Custer Envisions the Mining Fortunes to be Made There Custer’s Aide, Frederick Benteen, Takes the Oath of Office as Captain in the 7th Calvary 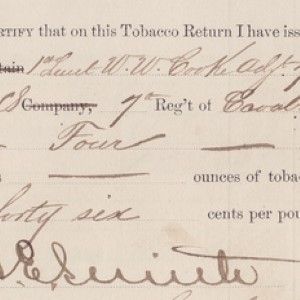