On His Penultimate Day in Office, President Ulysses S. Grant Announces His Intention to Travel the Globe 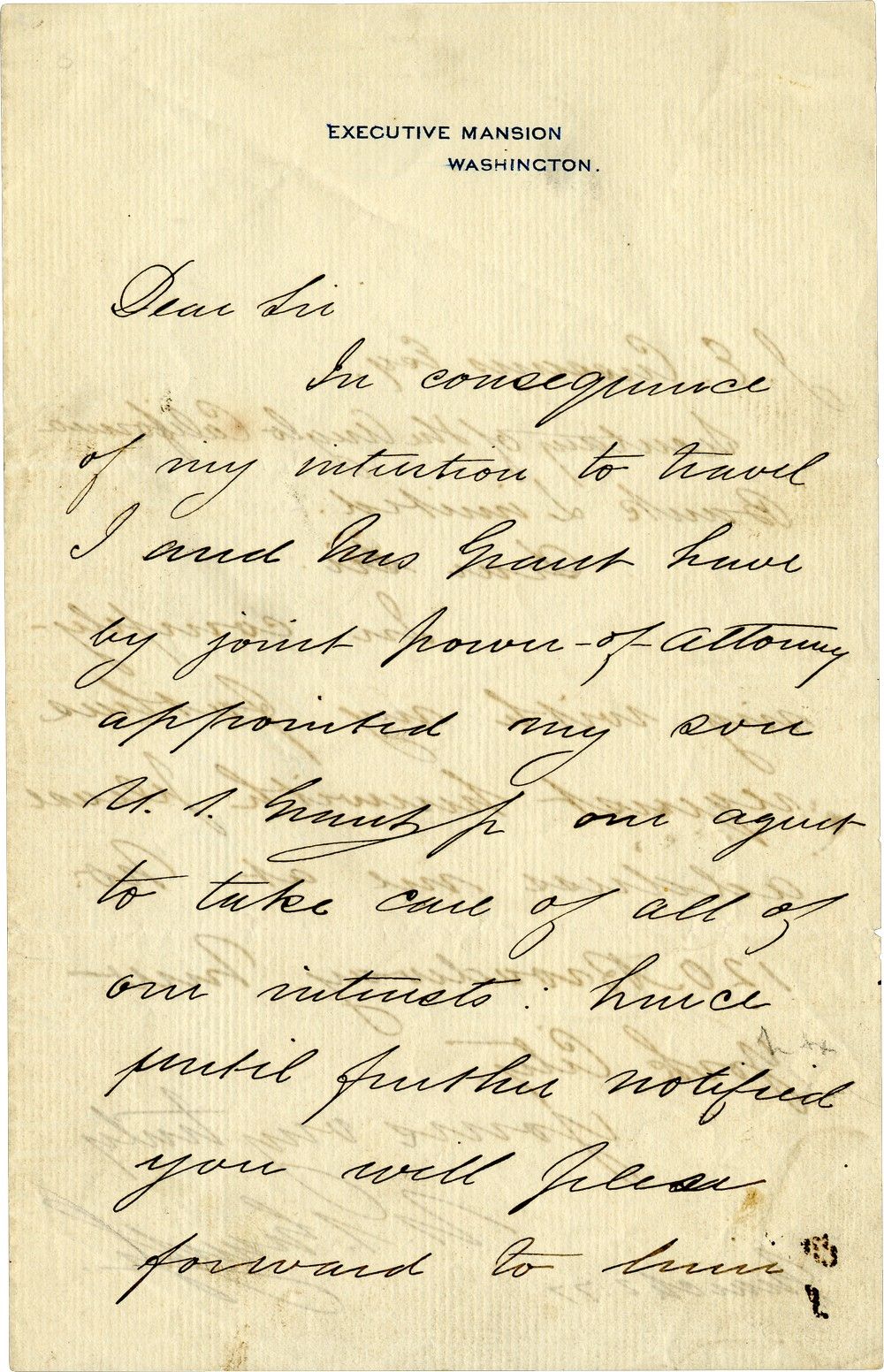 Having spent eight years in the White House, now, with nothing to do and nowhere to go, President Grant announces his and Mrs. Grant’s intention to take a vacation – which, in the annals of world travel, would become the grandest tour ever made by an ex-President. It would take two years for the Grants to circle the globe, during which time they dined with Queen Victoria, chatted with Bismarck, shook hands with the Emperor of Japan; and rode donkeys to the pyramids, visited Jerusalem, saw Russia, India, Siam, China and Japan…

About to set off, on this, the second to last day of his presidency, Grant arranges for bank dividends to be sent to his son and namesake, U.S. Grant, Jr. - who, on the verso, encloses his address.
Autograph Letter Signed, as President, 2 pages, octavo, Executive Mansion, March 2, 1877. To J.E. Cussans of the Anglo California Bank. With an ALS in the hand of U.S. Grant Jr. on the verso, dated March 2, 1877, to Cussans.
Read More 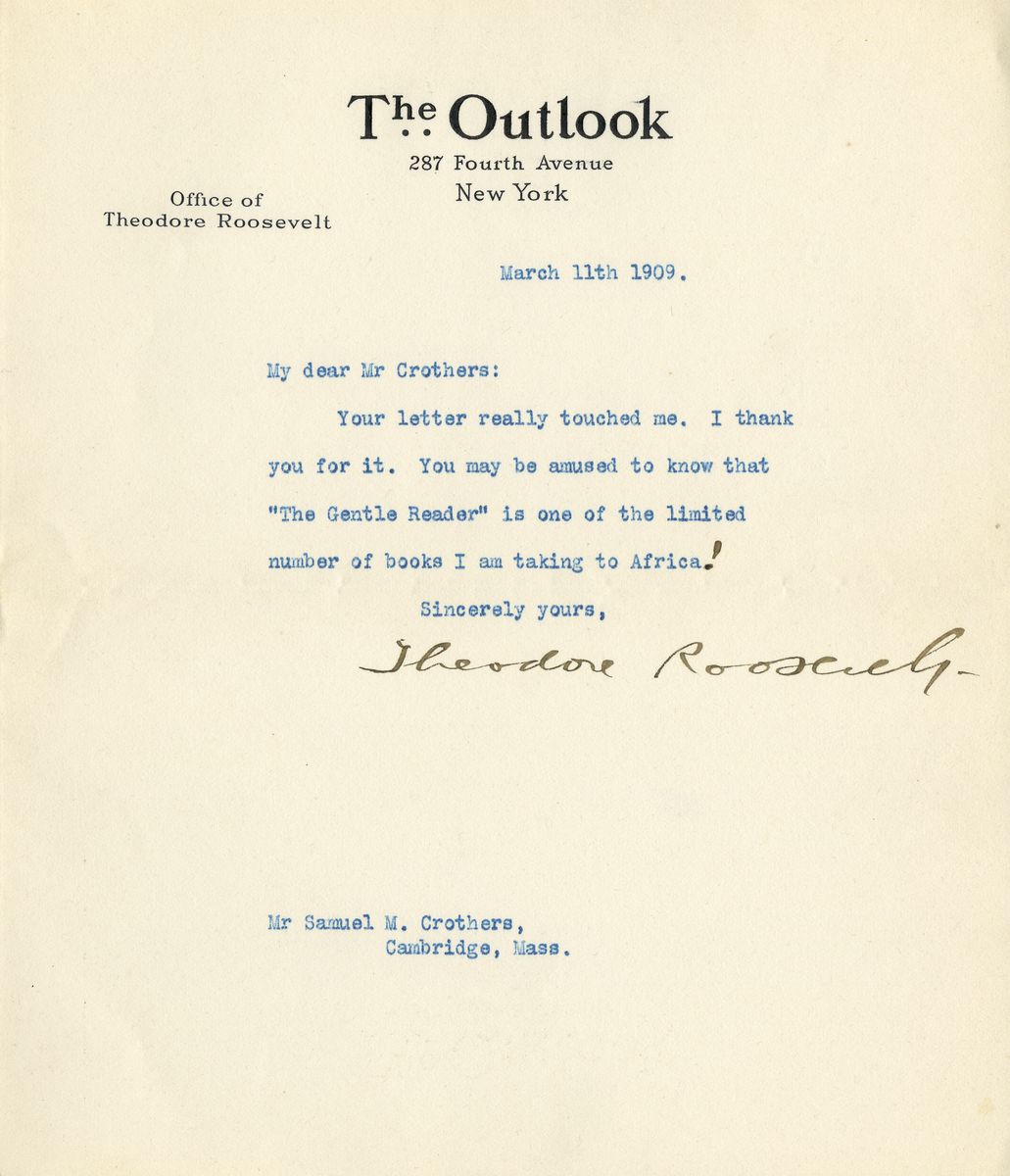 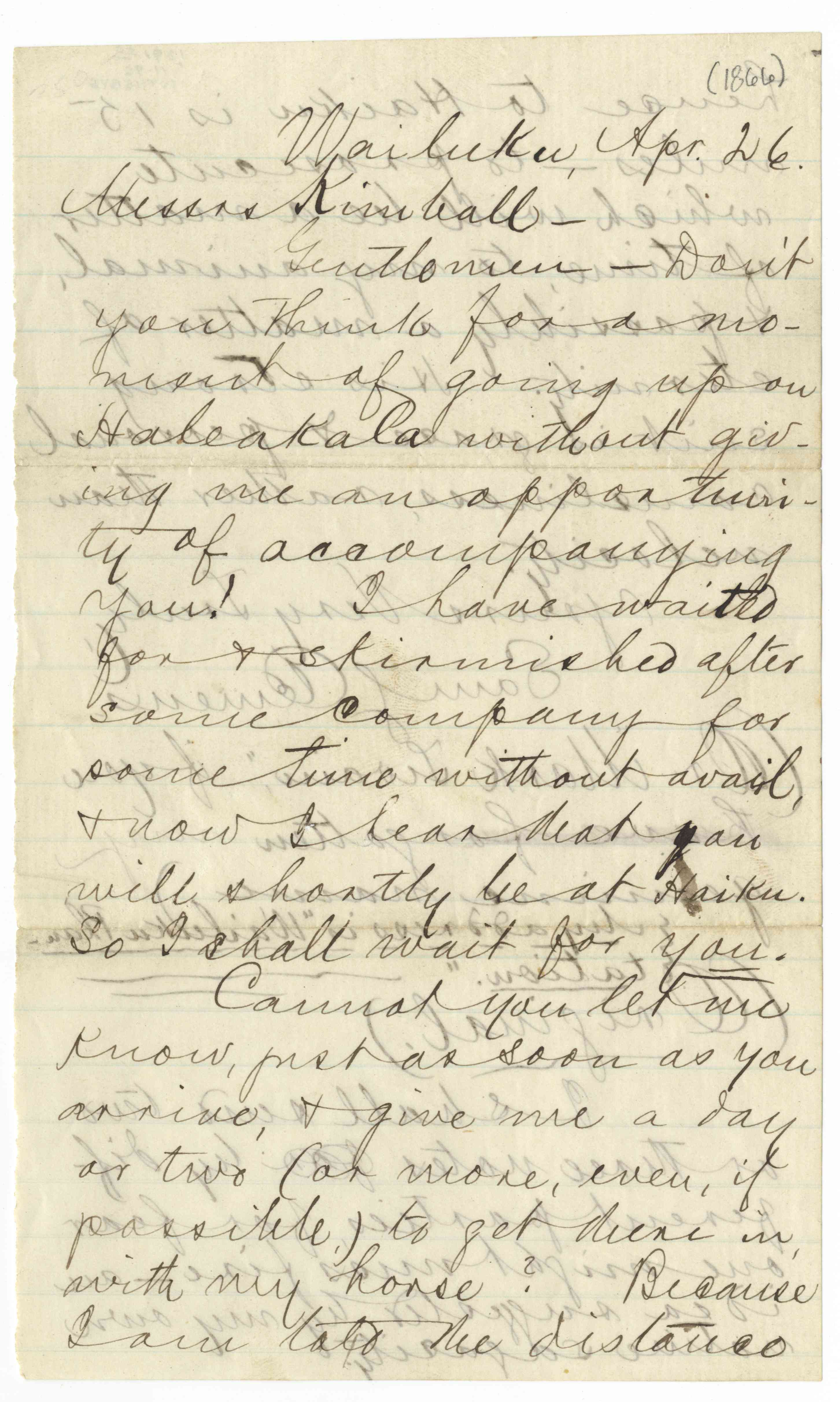 Young Mark Twain, in Maui, Sets Out to "Discover" Hawaii

In consequence of my intention to travel I and Mrs. Grant have by joint power-of-Attorney appointed my son U. S. Grant Jr our agent to take care of all our interests : hence until further notified you will please forward to him 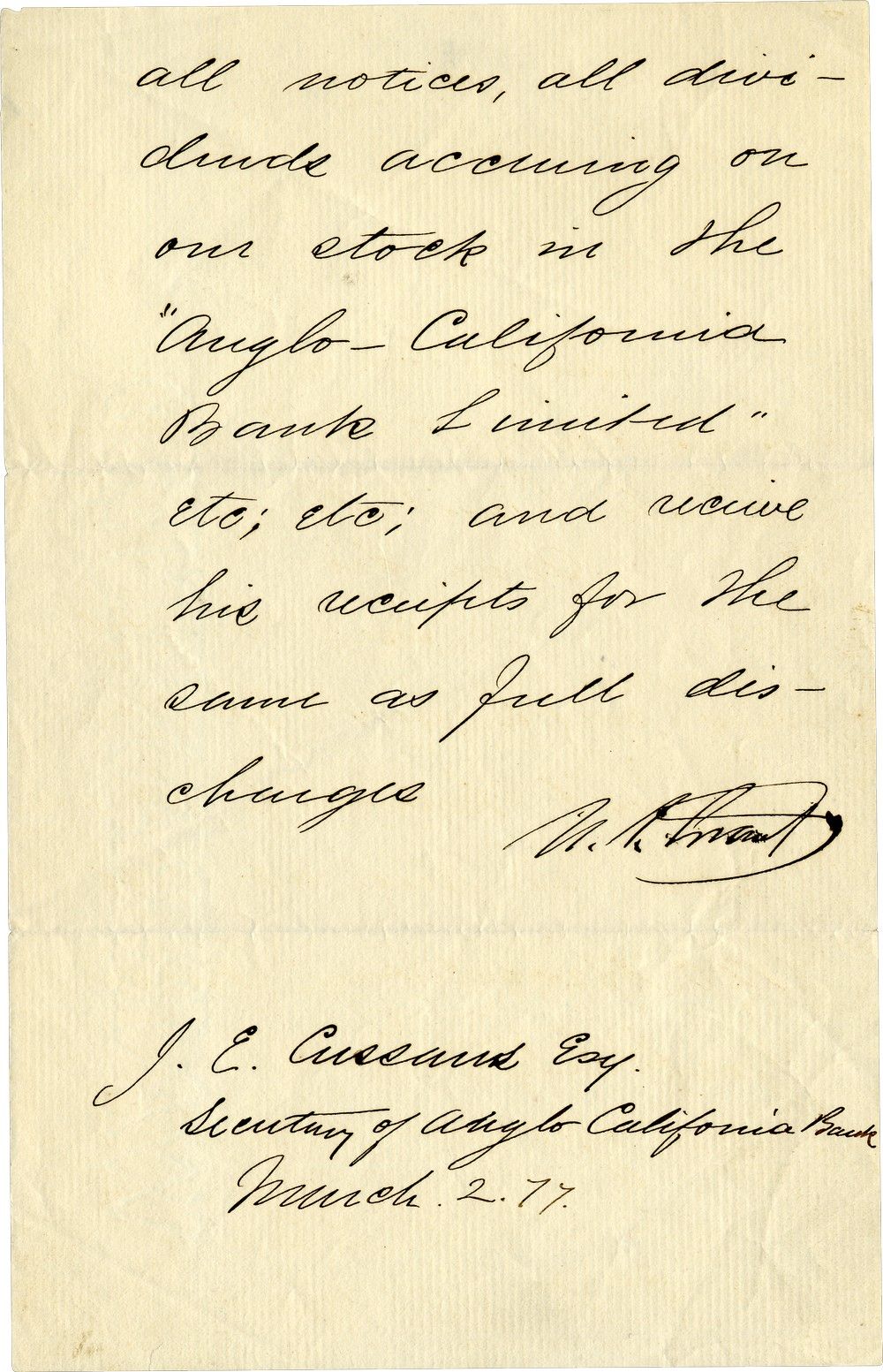 all notices, all dividends accruing on our stock in the "Anglo-California [sic] Bank Limited" etc; etc; and receive his receipts for the same as full discharges [sic] 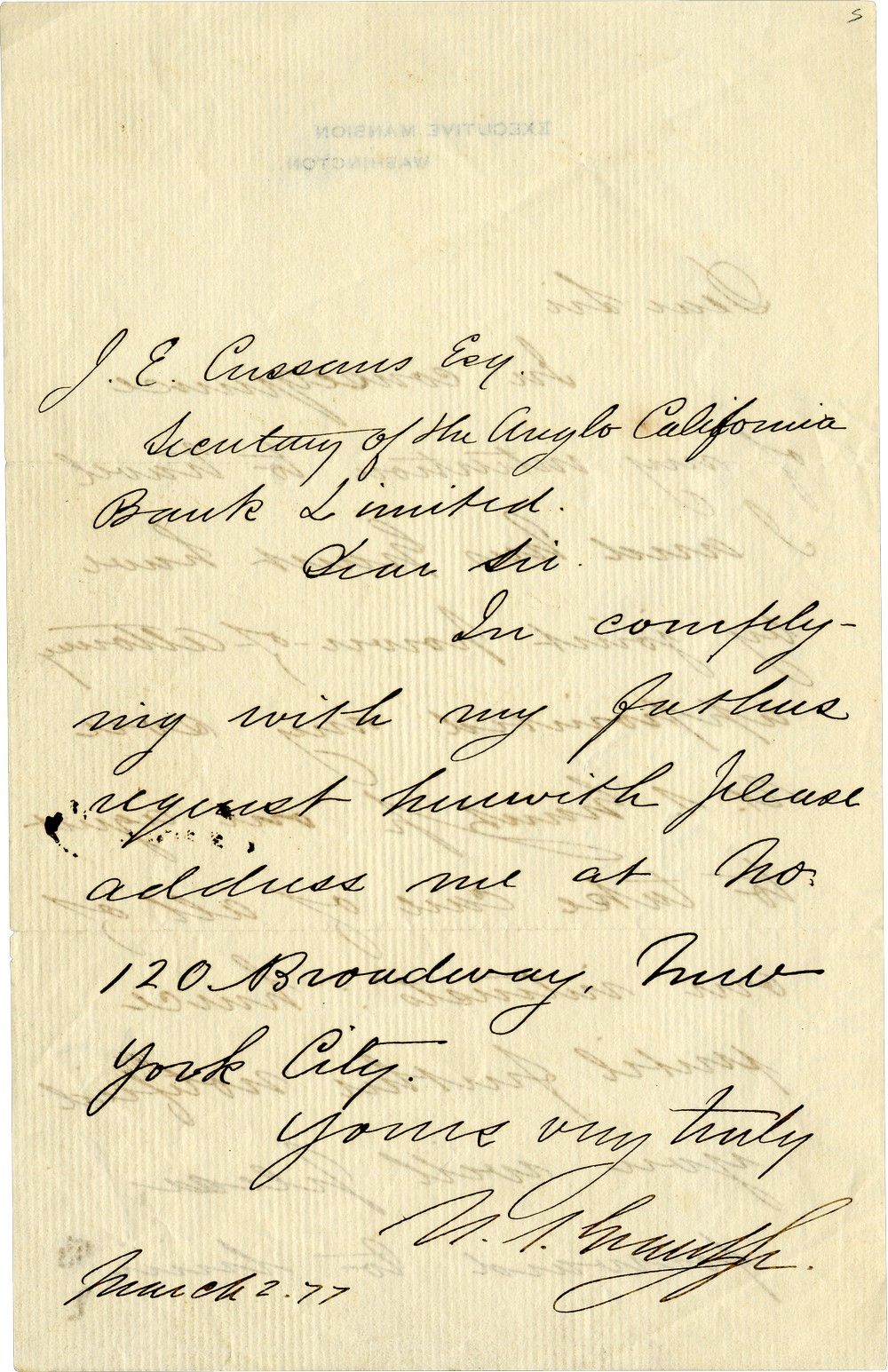 In complying with my fathers [sic] request herewith please address me at No 120 Broadway, New York City. 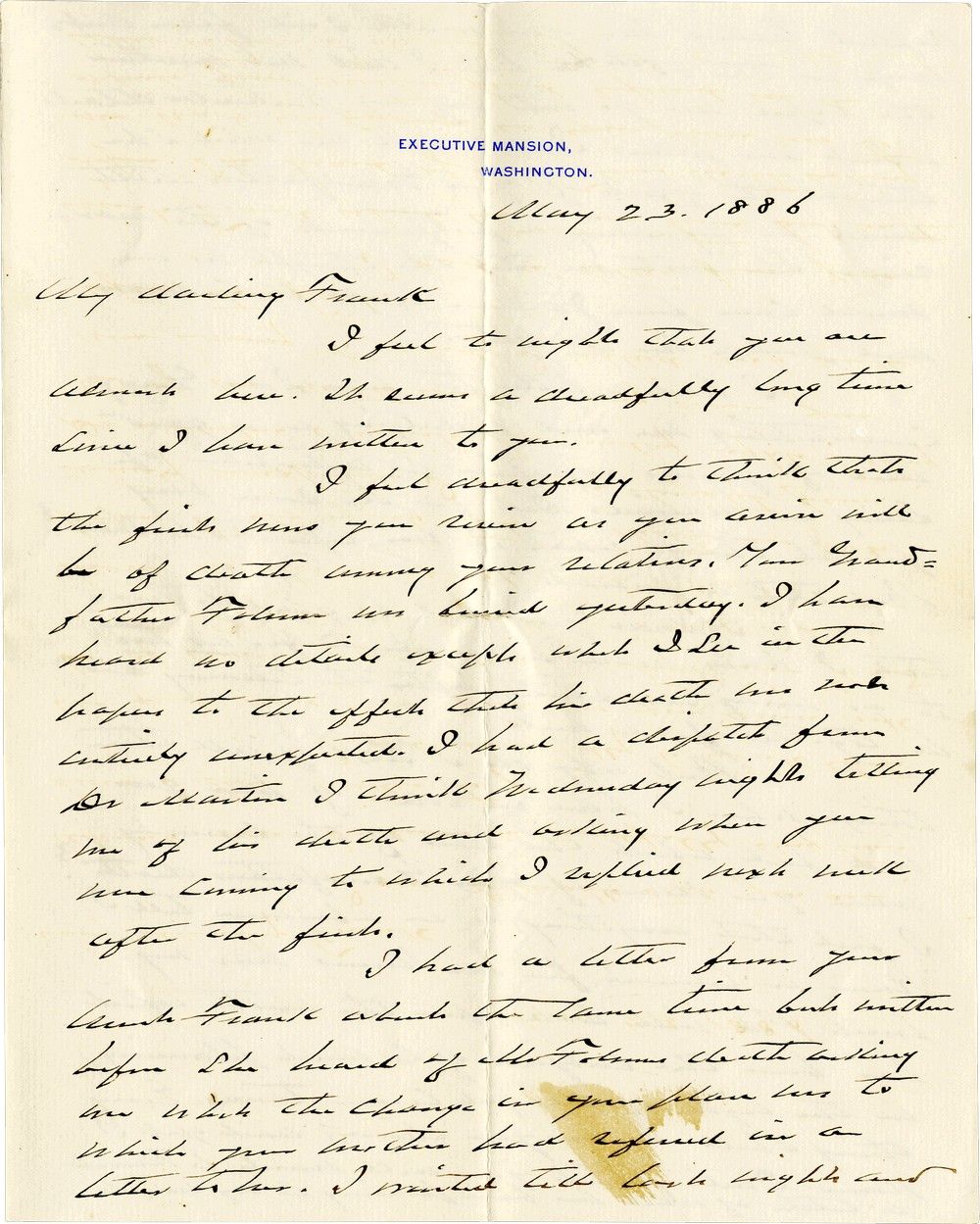 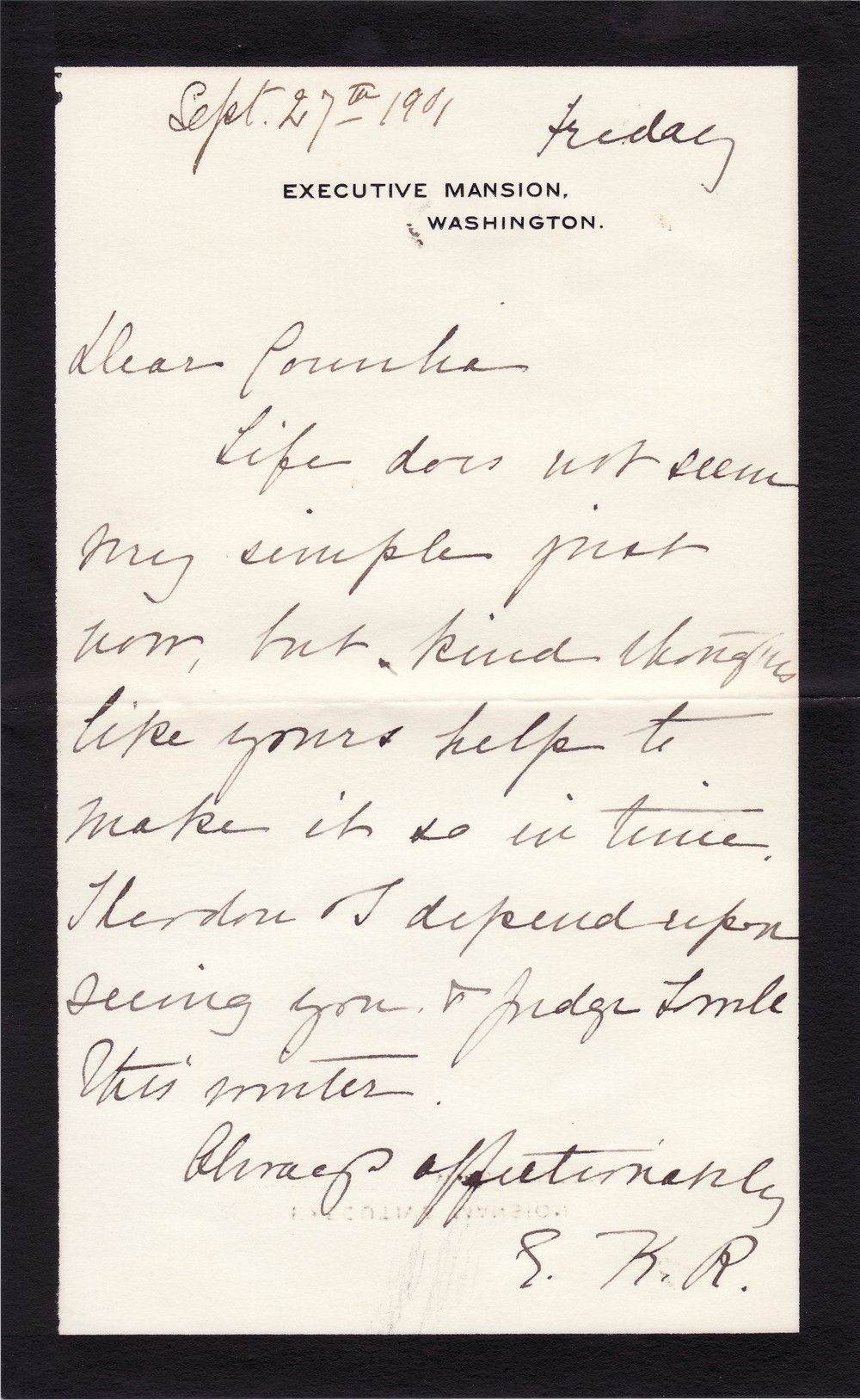