In accordance with “an act to provide for celebrating the four hundredth anniversary of the discovery of America by Christopher Columbus by holding an international exhibition of arts, industries, manufactures, and the products of the soil, mine, and sea, in the city of Chicago, in the State of Illinois,” Benjamin Harrison appoints a Commissioner of that marvel of the Gilded Age, the World’s Columbian Exposition.

Brilliantly lit by tens of thousands of incandescent lamps, the Columbian Exposition featured such novelties as the phonograph, the telephone, the Kinetoscope, and a detailed map of the United States made entirely of pickles. At its opening on May 1st, 1893, the New World was represented by President Grover Cleveland and Governor Altgeld; the Old World, by the Infanta Eulalia of Spain and two direct descendants of Columbus; and the Other World, by Little Egypt, a hoochee-coochee dancer on the Midway. Five hundred thousand people came to take it all in, mesmerized. By the time the Exposition closed in October 1893, twenty-seven million visitors – one out of four Americans – had come to the Fair.
Document Signed, as President, partially printed and accomplished in manuscript, being the appointment of Leverett Brainard a Commissioner of the 1893 Columbian Exhibition to be held in Chicago; 1 page, oblong folio, Washington, May 23, 1890. Replete with wafer Seal. Co-signed by Secretary of State James G. Blaine
Read More

Benjamin Harrison,
President of the United States of America.
To all who shall see these Presents, Greeting:
Know Ye, That, reposing special trust and confidence in the Integrity and Ability of Leverett Brainard, and upon the nomination of the Governor of the State of Connecticut, I do appoint the said Leverett Brainard to be a Commissioner from the said State under the act of Congress entitled "An Act to provide for celebrating the four hundredth anniversary of the discovery of America by Christopher Columbus, by holding an International Exhibition of Arts, Industries, Manufactures, and the product of the Soil, Mine, and Sea, in the City of Chicago, in the State of Illinois," approved April 25, 1890, and subject to the provisions thereof.
In testimony whereof, I have caused these Letters to be made Patent, and the seal of the United States to be hereunto affixed.
Done at the City of Washington this Twenty-third day of May, in the year of our Lord one thousand eight hundred and ninety, and of the Independence of the United States of America the one hundred and fourteenth

By the President:  BENJ HARRISON 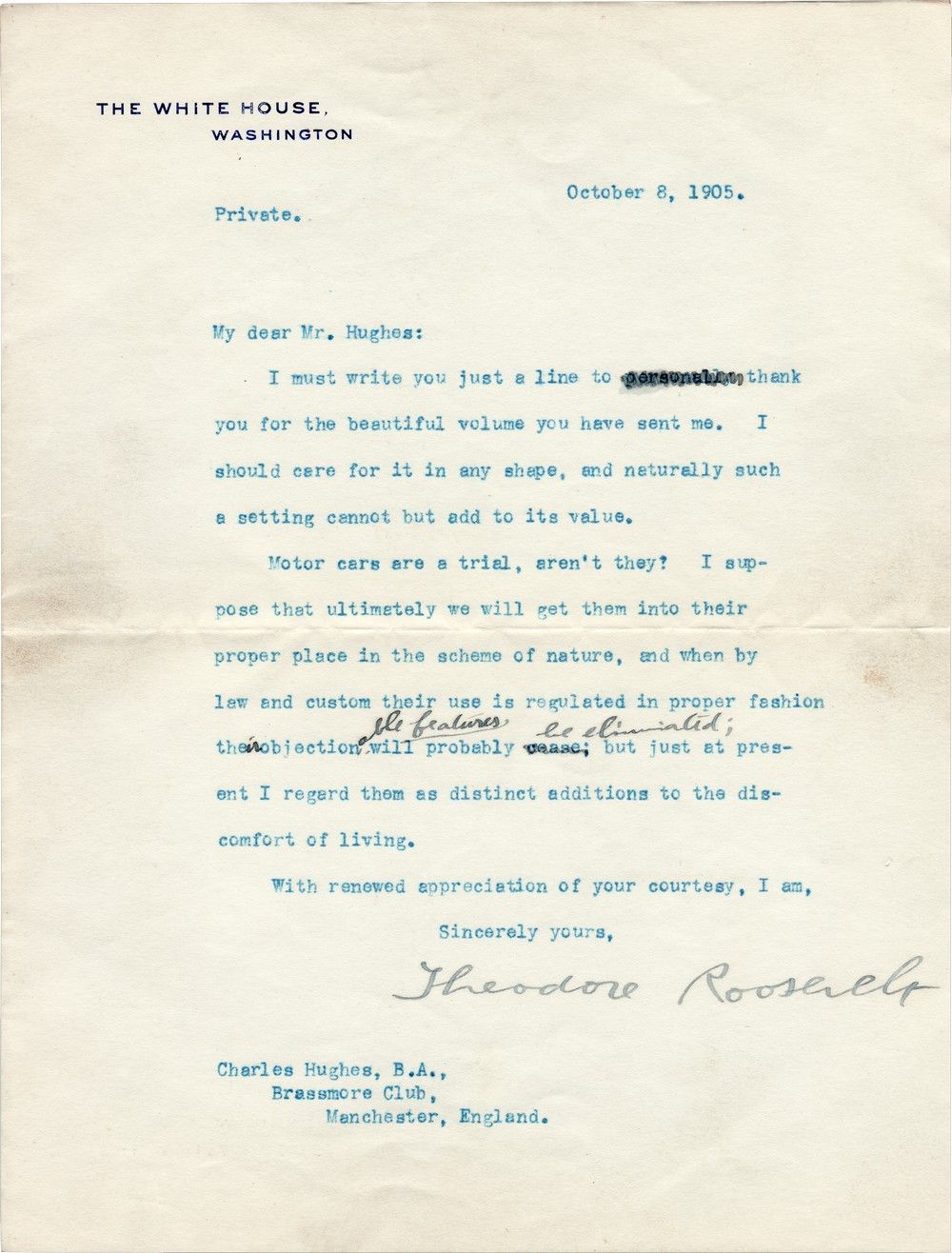 Theodore Roosevelt Expresses His Dislike of the Motor Car 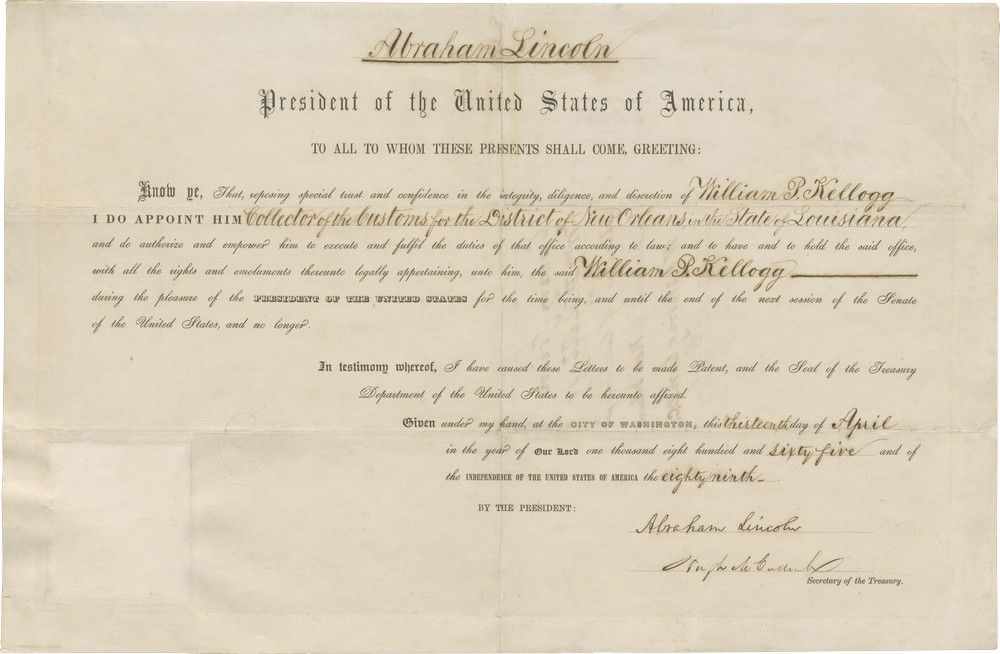