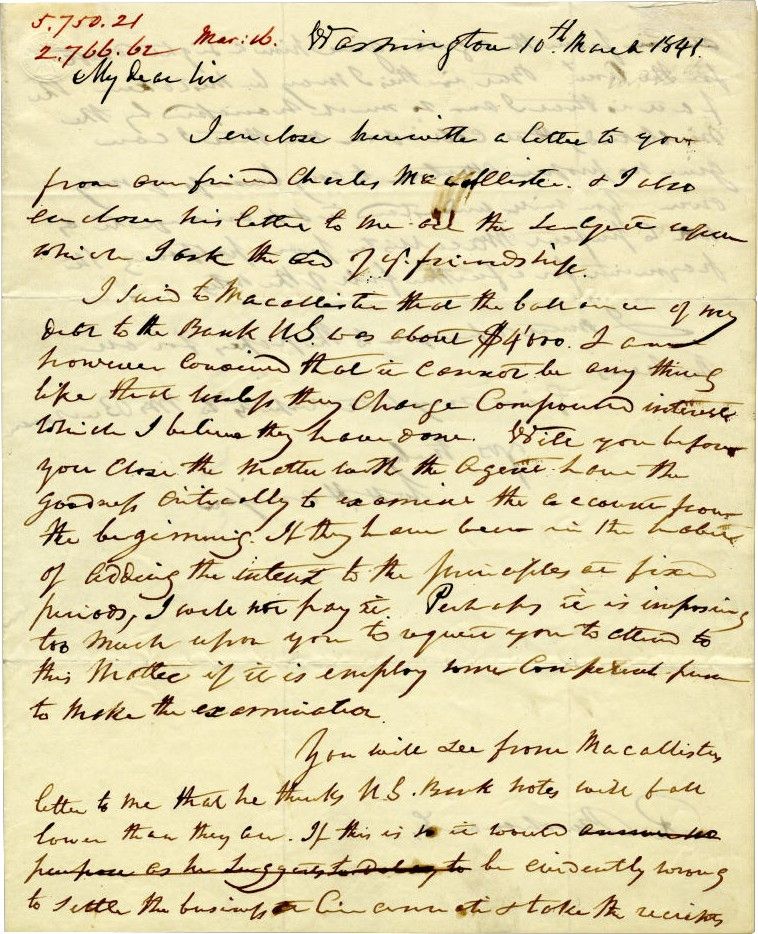 William Henry Harrison caught cold at his inauguration, and died a month later: that’s the simple version of his untimely demise. More complicated, and truthful, is that Harrison lasted only weeks in office because he was frail, ulcerous, immediately beset by the worries and pressures of office and, when he did fall ill, as good as murdered by his physicians. Standing coatless on a freezing day, to deliver the longest Inaugural address in history, only served to grease the skids of his rapid descent into illness. A chill first, a fever later, and then, three weeks into his presidency, came the regimen of cure that surely killed him. Bled, purged and dosed, alternately, with ipecac, calomel, castor oil and snakeroot; given even crude petroleum; treated with camphor, brandy, and opium; politicians and officials in and out of his bedroom all hours of the day and night – Harrison might well have survived his “cold,” and even served out his presidency, had he been but left alone.

Among Harrison’s White House effects were three handwritten letters, one or two dictated letters, and perhaps a dozen or so signed documents. The autograph, in office, is the rarest of any president. This autograph letter was written a scant six days after his ill-fated Inauguration and as such, is the ultimate presidential rarity. Here he complains that he is so besieged with office-seekers and well-wishers that he cannot attend his personal financial affairs. “I am so much harassed by the multitude that call upon me,” he says, “that I can give no proper attention to any business of my own.” This hurried and oddly garbled letter – full of dropped or duplicated words – concerns his personal indebtedness

The letter exhibited here is one of only three that Harrison wrote in his own hand, as President. Its rarity, in fact, is legend.
Autograph Letter Signed (“W.H. Harrison”), as President, 2 pages, recto and verso, quarto, Washington, March 10, 1841. To R. Buchanan.

One of three autograph letters in office extant; the only one, in fact, to ever be offered at public auction. Of legendary rarity.
Read More 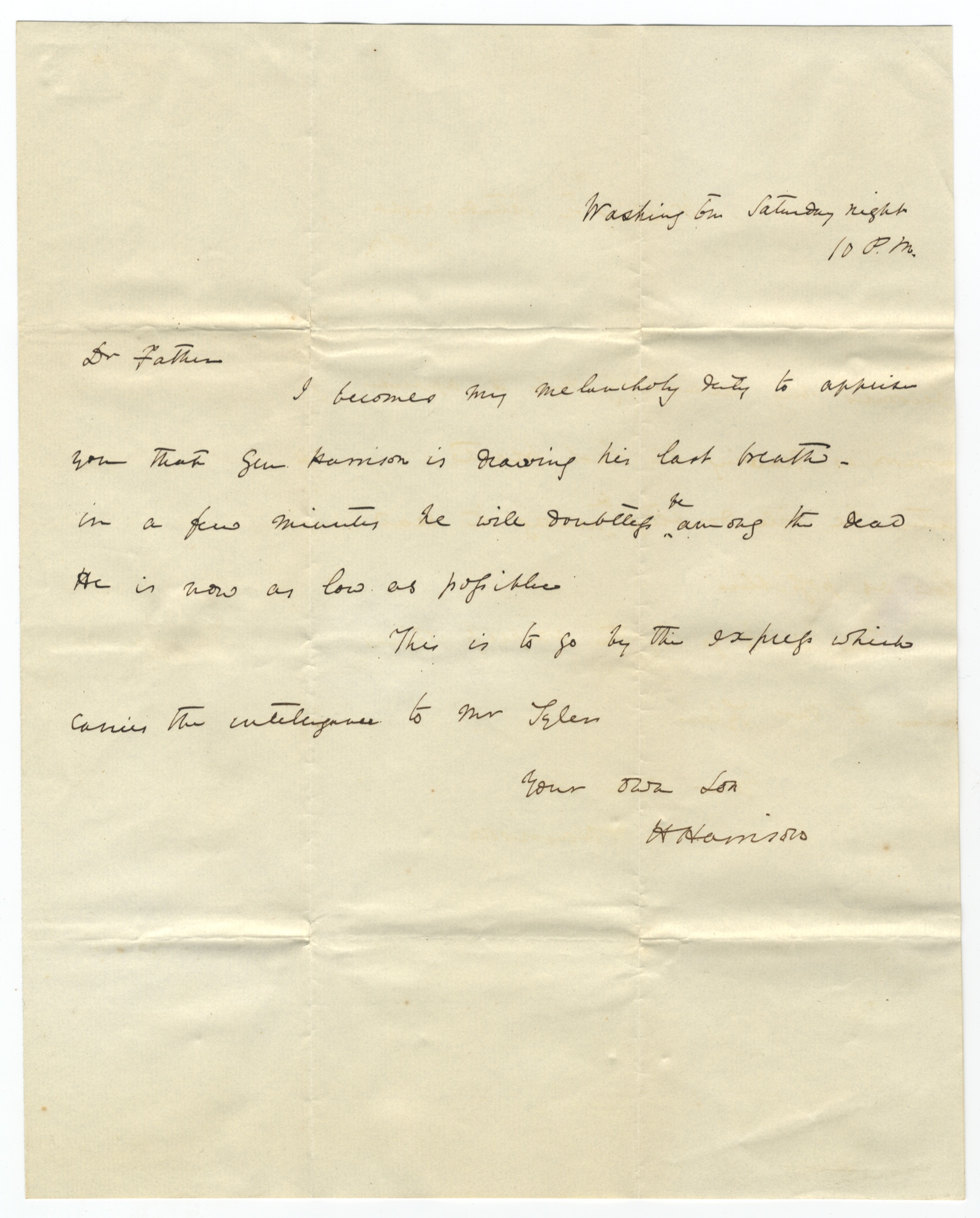 I enclose herewith a letter to you from our friend Charles Macallister & I also enclose his letter to me on the subject upon which I ask the [...] of yr. friendship.

I said to Macallister that the balance of my debt to the Bank U.S. was about $4'000 [sic].  I am however convinced that it cannot be any thing like that unless they charge compound interest which I believe they have done.  Will you before you close the matter with the Agent have the goodness critically to examine the account from the beginning.  If they have been in the habit of adding the interest to the principles at fixed periods, I will not pay it.  Perhaps it is imposing too much upon you to request you to attend to this Matter if it is employ some competent person to make the examination.

You will see from Macallisters [sic] letter to me that he thinks U.S. Bank notes will fall lower than they are.  If this is so it would [text is crossed out] be evidently wrong to settle the business in Cincinnati & take the receipts 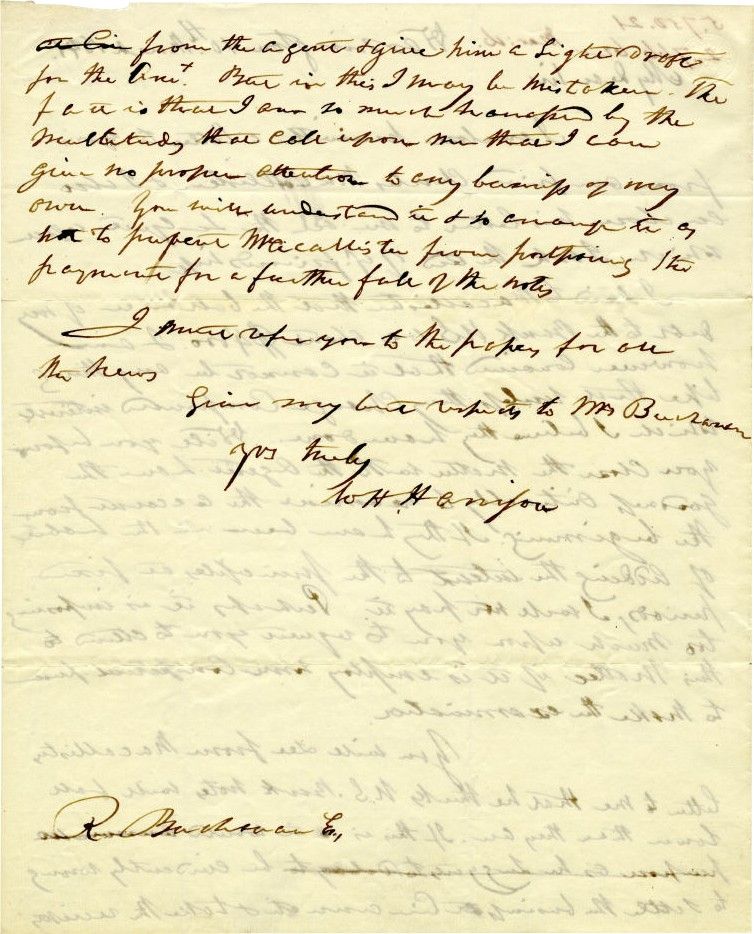 [text is crossed out] from the agent & give him a Light draft for the Amt.  But in this I may be mistaken.  The fact is that I am so much harassed by the multitudes that call upon me that I can give no proper attention to any business of my own.  You will understand it & so arrange it as not to prevent Macallister from postponing the payment for a further fall of the notes [sic]

Give my best respects to Mrs Buchanan
Yrs truly 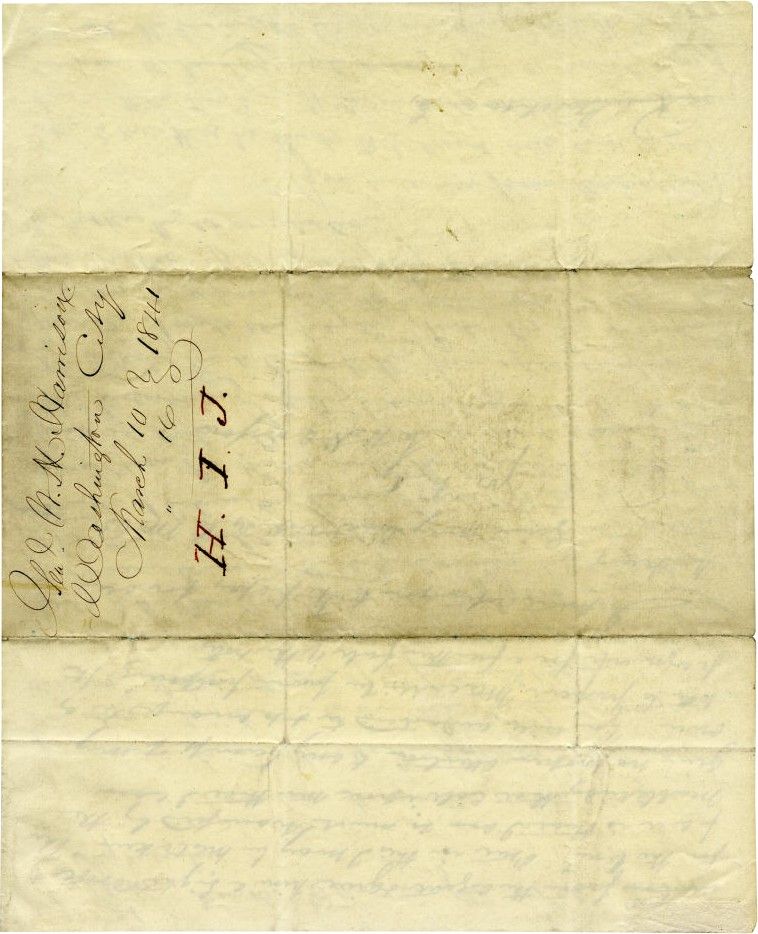 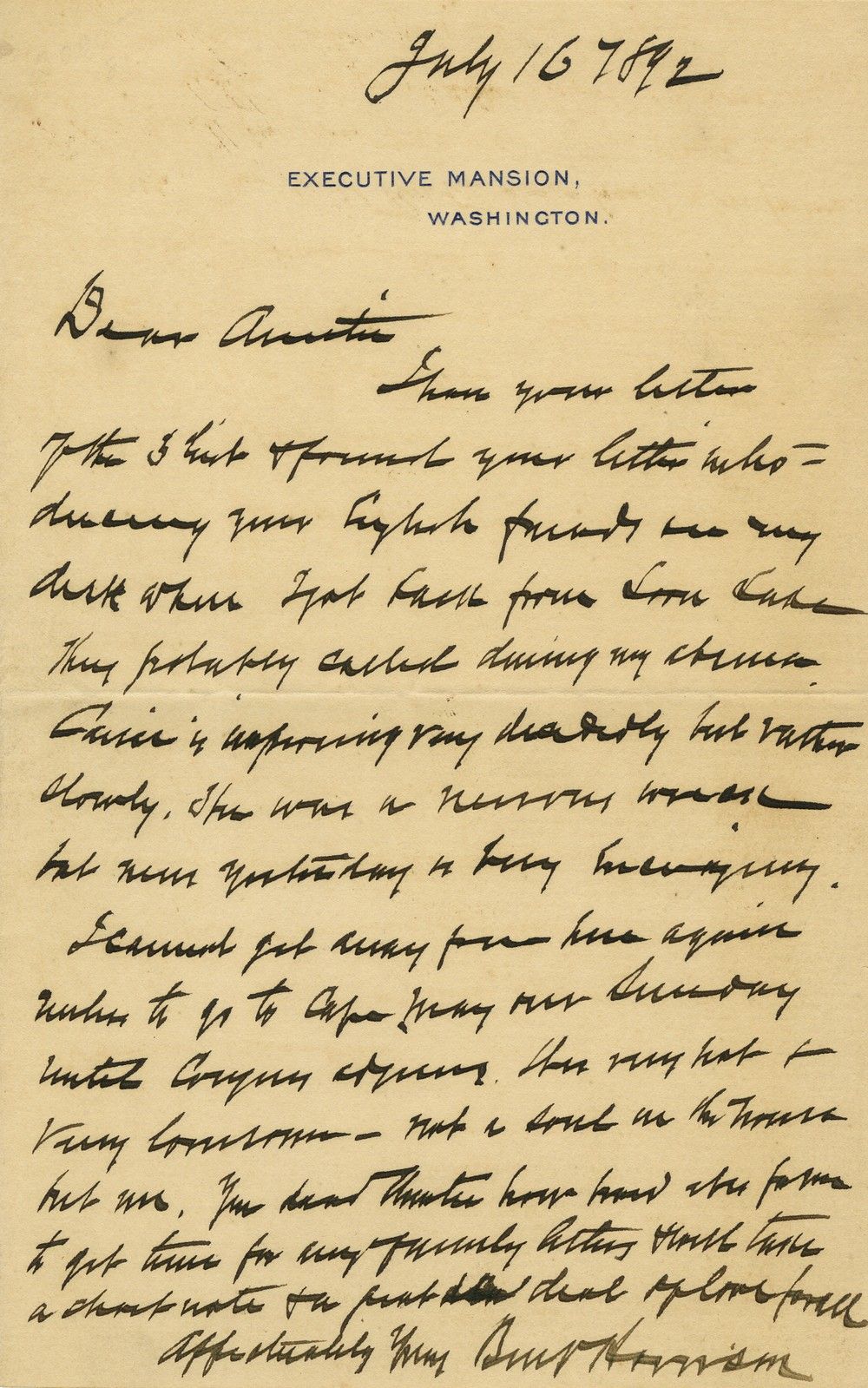