The victor of the Battle of Jerusalem entered the city on foot, he said, out of respect for the Holy City. Allenby, seen in this photograph walking through the Jaffa Gate at noon on December 11, 1917,  was the first Christian in centuries to control Jerusalem. 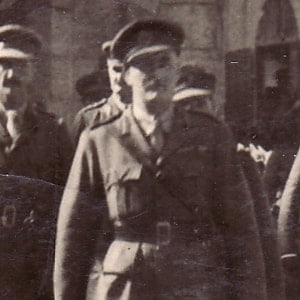