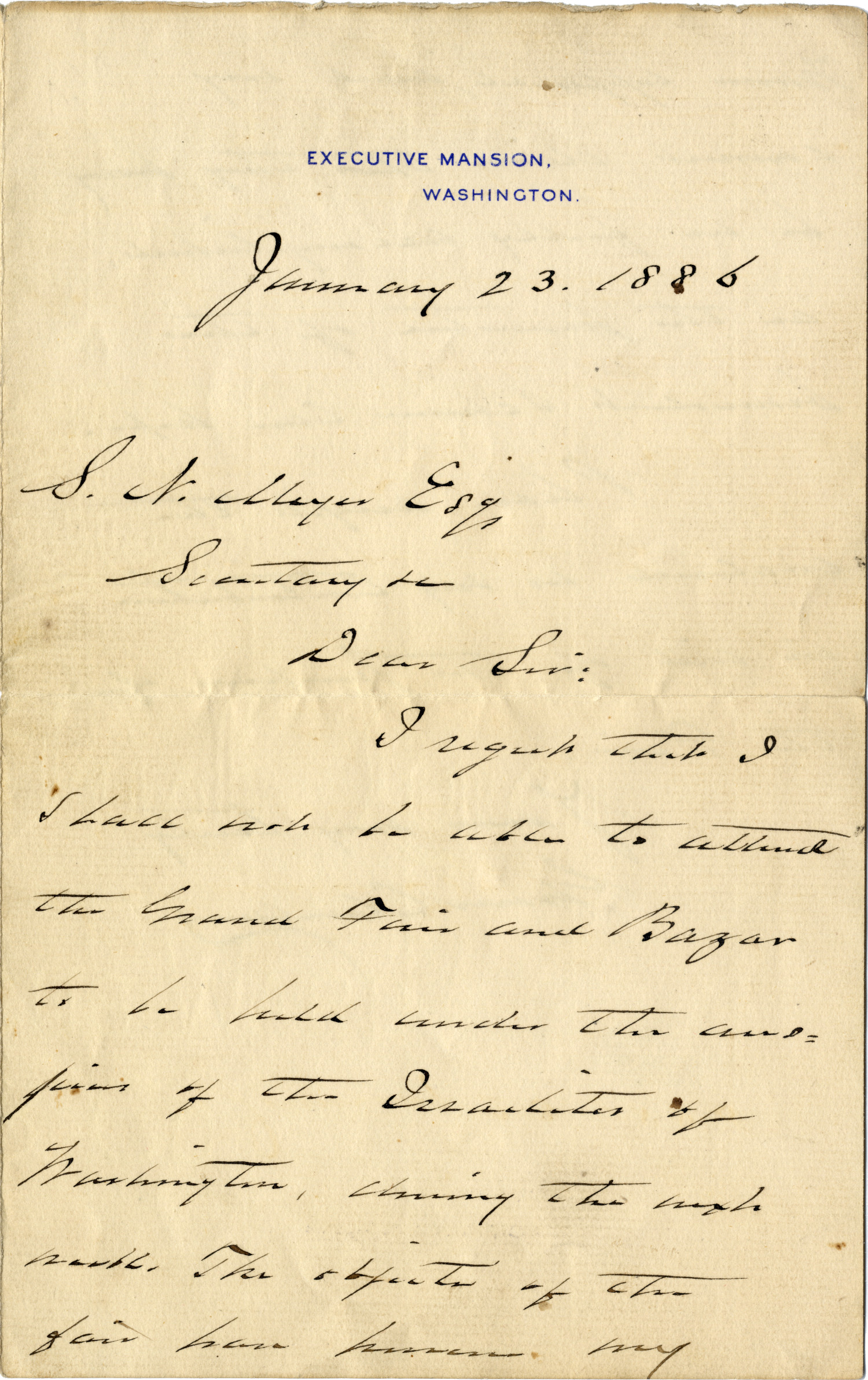 The Washington Israelites Fair, which will continue for two weeks, was opened yesterday evening…[and] included the elite of Hebrew society in Washington…Simon Wolff, chairman of the reception committee, introduced Mr. Speaker [of the House of Representatives] Carlisle to deliver the opening address. A fine portrait of Sir Moses Montefiore, the glory of his race and the philanthropist of his age, served as a text for some remarks by Mr. Carlisle upon that interior charity and self-help which renders the Jews almost entirely independent of the public assistance which other people have sometimes to fall back upon. He applauded the Jews for their incessant fight against ignorance and poverty, and congratulated them upon the fact that there was less of both in the present age than of any in its predecessors…. A letter was received from the President [Grover Cleveland] enclosing a subscription…

“THE ISRAELITES' FAIR: Speaker Carlisle Opens it Amid a Blaze of Light and Beauty,” The Washington Post, January 26, 1866, p. 2

“I dread the social part of this thing very much,” President Cleveland had confessed to his fiancée just the month before: for him, the whole “Washington Season,” with all its dinners and its balls, was nothing but a nuisance, a bother, a “dreadful, dreadful” round of boring and vexatious interruptions… And yet, as relieved as he must have been to make his apologies, here, in not attending the opening of the Washington Israelites Fair, he would have been just as pleased to make, as he does here likewise, a contribution to it. Cleveland, who never had any use for anti-Semitism, was inclined to view the American Jew (as he mentioned to no less a personage than Simon Wolf) not only a “class of our citizens” to whom “fairness and justice” had not always been accorded, but he counted among his closest friends a Jew, the New York merchant Oscar Straus. (In fact, he appointed Straus the U.S. Minister to Turkey – making Strauss the second Jew to hold that rank in the U.S. diplomatic service.) But even if Cleveland hadn’t dearly esteemed Oscar and too, his brothers Nathan and Isadore, Cleveland no doubt would have been sympathetic to the “the purposes of the Fair” – self-reliance and self-improvement.

Here, then, is the letter President Cleveland sent to the Washington Israelites Fair – of which, as it happens, Simon Wolf was the reception committee chairman – declining the invitation to attend the Bazaar, lauding the Fair’s aims, and contributing to it:

I regret that I shall not be able to attend the Grand Fair and Bazar to be held under the auspices of the Israelites of Washington, during the next week. The objects of the fair have however my warm approval, and my earnest desire that they may be as fully accomplished, as the promoters of this benevolent scheme can hope. Please accept the enclosed as my contribution in aid of the purposes of the Fair.

By way of a postscript, the President that evening, rather than attending the Fair’s glittering opening, found himself at an intimate and elegant dinner party in his honor, held at the home of his Secretary of the Treasury, Daniel Manning. The dinner was duly reported in the Washington Post as notable for the fascinating picture presented when the guests were seated at the dining room table “with its wealth of dainty china, fine silver and fragment flowers.” Cleveland, who would not wed until June, was accompanied by his erudite sister, Rose, who famously staved off the boredom of such affairs by silently conjugating Greek verbs to herself. What Cleveland did to avoid any such feelings of frustration, may only be imagined.

Cleveland, it needs be noted, would have endorsed anything bearing the imprimatur of Simon Wolf. They had first met in 1875 when Wolf, then as ever American Jewry’s de facto emissary to the Washington political establishment, visited Buffalo, and encountered the affable Sheriff of Erie County engaged in a game of pinochle. And when Cleveland ascended, as if by magic, from local lawman to president a decade later, he told Wolf, after his inauguration, that he wished they could play a hand right then and there. But if card games were not in their future, mutual respect was, and Wolf, who visited the White House time and time again, recalled how he was treated by Cleveland with greater courtesy than by any president ever before. Wolf the Republican and Cleveland the Democrat remained, in fact, on friendly terms for the rest of their lives.


I regret that I shall not be able to attend the Grand Fair and Bazar [sic] to be held under the auspices of the Israelites of Washington, during the next week.  The objects of the fair have however my 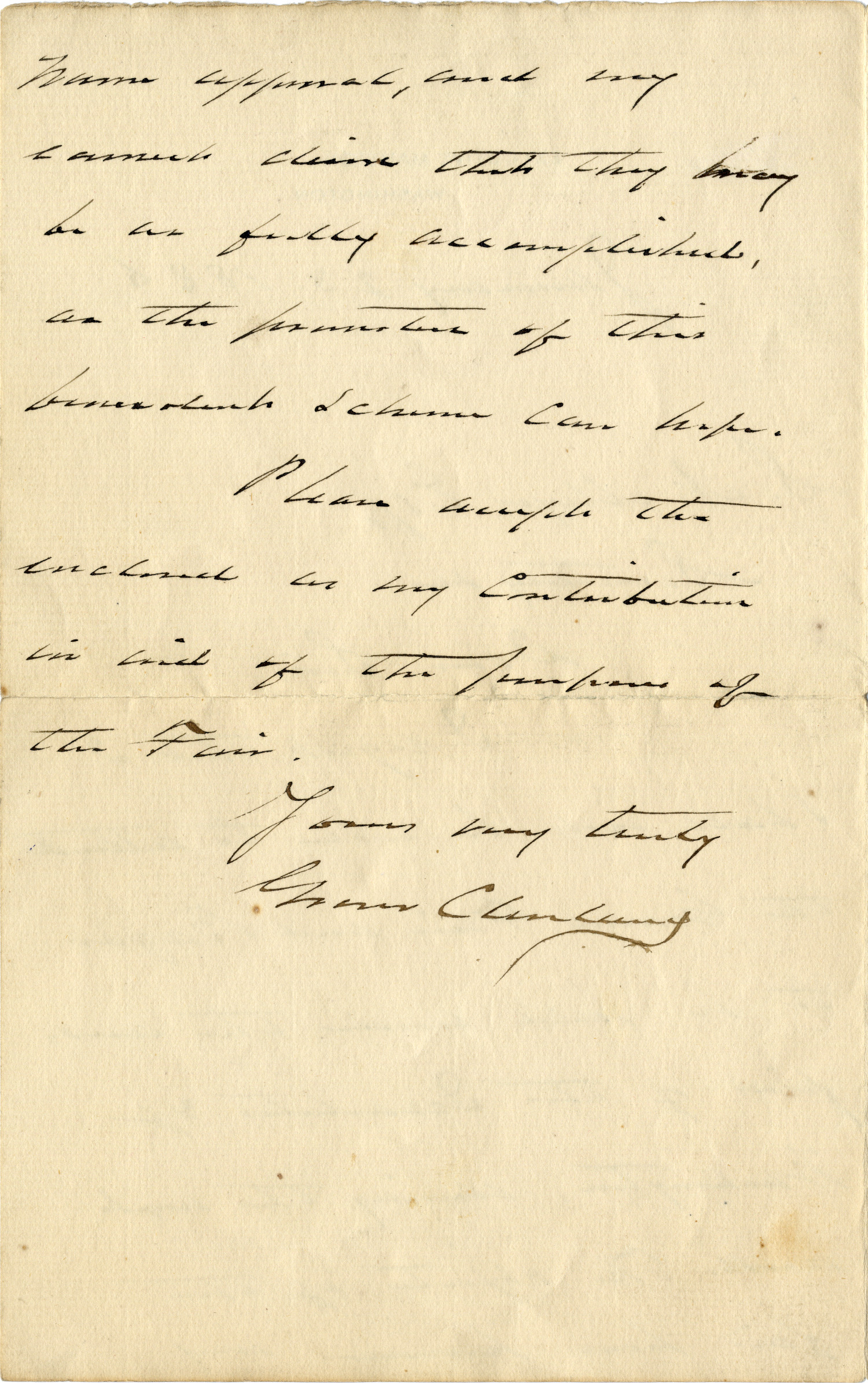 warm approval, and my earnest desire that they may be as fully accomplished, as the promoters of this benevolent scheme can hope.


Please accept the enclosed as my contribution in aid of the purposes of the Fair. 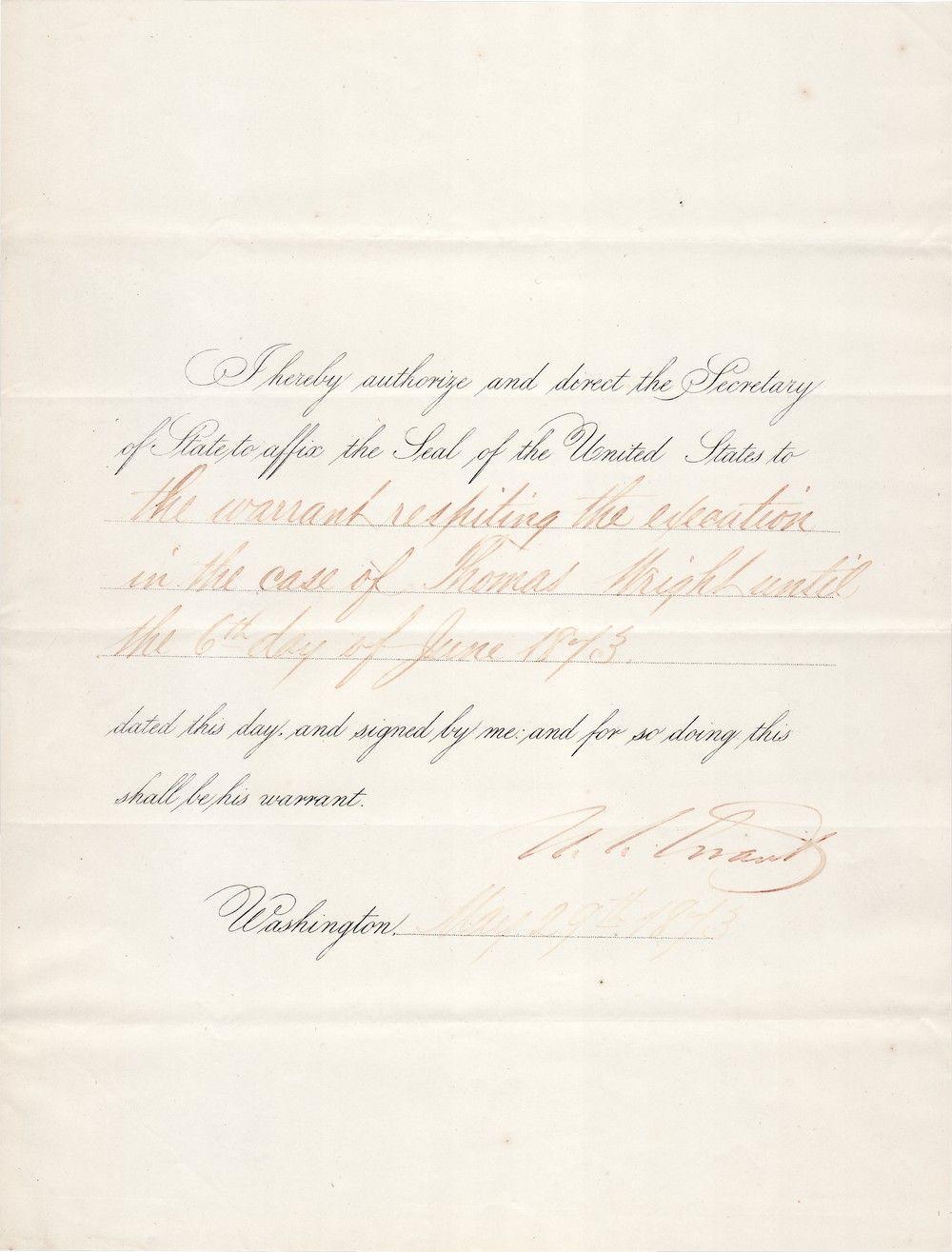