He hadn’t been home since Christmas and now, the President said, he just wanted to sit quietly on the back porch and do nothing. It was a hot day in Independence, Missouri, June 24th, 1950, and Truman was happy to stay indoors, lazing about the house. His wife and daughter went to a wedding; his nephew dropped over to visit; dinner with the family at 6:30, and then the President got his wish: he sat on the newly screened-in back porch and chatted, idly, before going inside, around nine, to get ready for bed. Because he was still on Washington time, for him it was past eleven: it had been a long day, but just what he wanted. So when the phone rang in the hallway, at 9:20, he hardly expected that a crisis which would dominate his administration, derail his domestic agenda, and cause the Democrats to lose, resoundingly, in the next election, was waiting on the other end of the line. “Mr. President,” Secretary of State Dean Acheson began, “I have very serious news. The North Koreans have invaded South Korea.”

What Truman feared that night, was that World War III was starting - though what started was something else entirely: the Cold War, which would last thirty-five years. Fought, by proxy, between the United States and the Soviet Union, the Korean War would be the first of those international stand-offs that defined the post-World War II political landscape. But at 9:20 on June 24th, in Western Missouri and in Washington, it wasn’t so clear what was happening, and although Truman wanted to fly back to Washington immediately, Acheson urged patience. He explained that he had already taken the precaution of asking the Secretary General of the United Nations to call a meeting of the U.N. Security Council for the very next day, and expressed his concern, too, that Truman flying back in the middle of the night could alarm the country: what they needed now, he counseled, was to wait for information. On Sunday morning, then, while Truman visited his brother and inspected a new electric milking machine, Acheson gathered reports, drafted a resolution to be presented to the U.N. Security Council, and thought. When he felt he knew enough, he called the President a second time, at half past noon, to confirm that the surprise attack was a full-scale invasion. “Dean,” the President replied, “we’ve got to stop those sons of bitches no matter what.”

As Truman flew back that afternoon to Washington, the Security Council met and adopted, unanimously – the Soviet Ambassador being absent – the American resolution calling for the immediate cessation of hostilities and the withdrawal of the North Korean forces back to the 38th parallel. And by the time the President’s plane set down, Acheson had convened all the top national security officials at Blair House where, after what the unfailingly urbane Secretary recalled as an excellent dinner, the decision was made to send troops to push the Communist aggressors back into their own country. This “policing action” - the Korean War - would last two years, end deadlocked, cost millions of Korean their lives, and result in the deaths of 33,000 American soldiers.

Some three weeks later, on July 18th, at Taejon, ninety miles south of Seoul, units of the Twenty-Fourth Division began their attempt to stave the onrush of North Korean troops. Perhaps that was why Truman, savoring a victory, wrote this laudatory statement, to commemorate Acheson’s decisive role in the War.

Regarding June 24 and 25 - Your initiative in immediately calling the Security Council of the UN on Saturday night and notifying me was the key to what developed afterwards. Had you not acted promptly in that direction, we would have had to go into Korea alone. The meeting Sunday night at the Blair House was the result of your action Saturday and the results obtained show that you are a great Secretary of State and a diplomat. Your handling of the situation since has been superb. 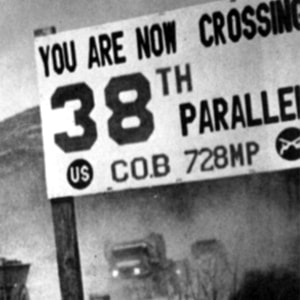 Regarding June 24 and 25 - Your initiative in immediately calling the Security Council of the UN on Saturday night and notifying me was the key to what developed afterwards.  Had you not acted promptly in that direction, we would have had to go into Korea alone.

was the result of your action Saturday night and the results obtained show that you are a great Secretary of State and a diplomat.

Your handling of the situation since has been superb.

I'm sending this for your record
Harry S Truman