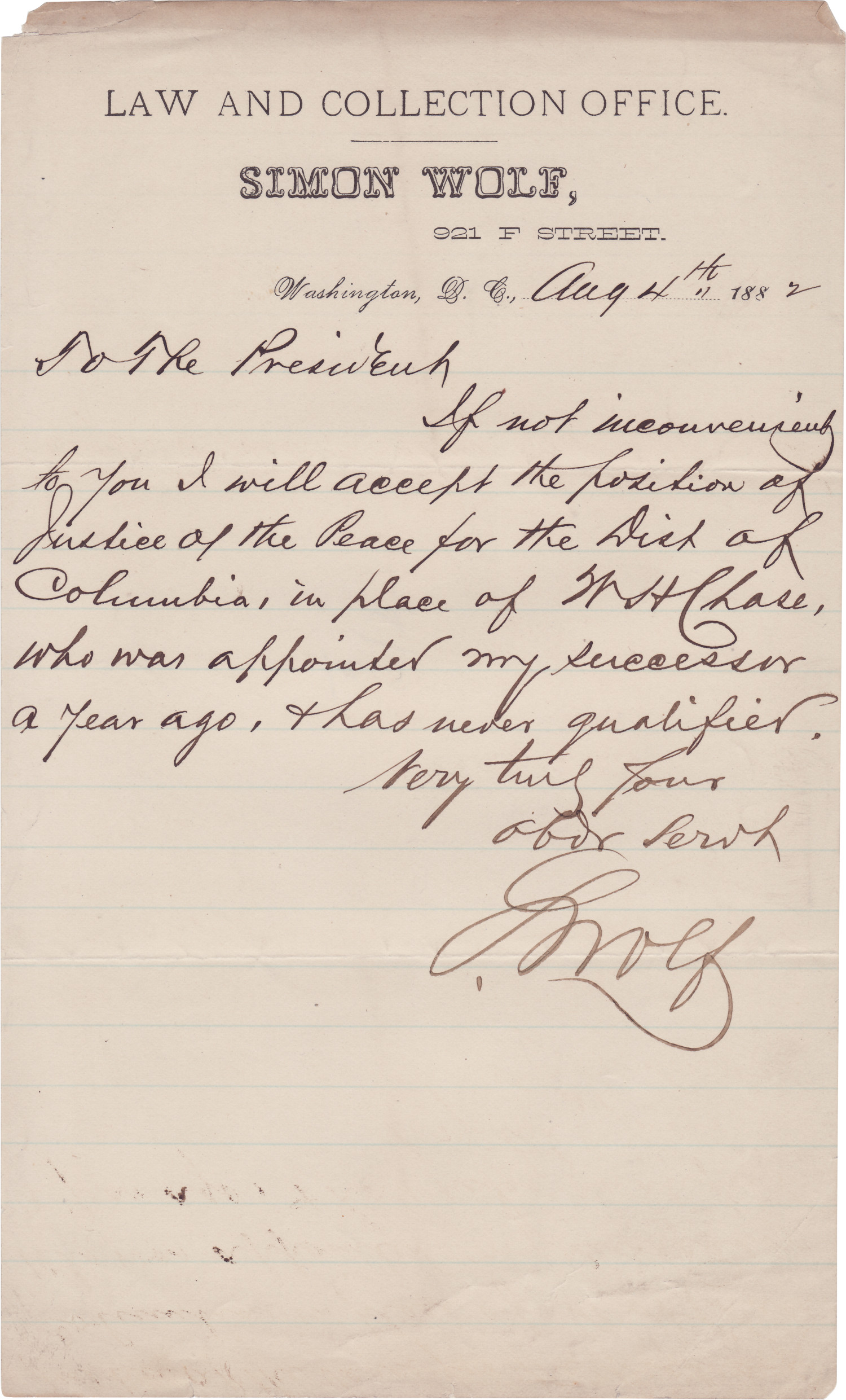 Simon Wolf, the de facto ambassador of the Jewish people to the American presidency, knew every president from Lincoln to Harding, and was most appreciated by his fellow Republicans. Having been appointed to domestic and foreign positions by Grant, Garfield, and Hayes, here he writes President Arthur about resuming the post of Justice of the Peace for the District of Columbia.

Arthur held Wolf in high esteem, and it would seem that for some time following Wolf’s May 1882 return to Washington D.C. from Egypt, where he was Consul-General, Wolf did indeed serve as a Justice of the Peace in the Capitol.

If not inconvenient to you I will accept the position of Justice of the Peace for the Dist of Columbia, in place of W H Chase, who was appointed my successor a year ago, & has never qualified. 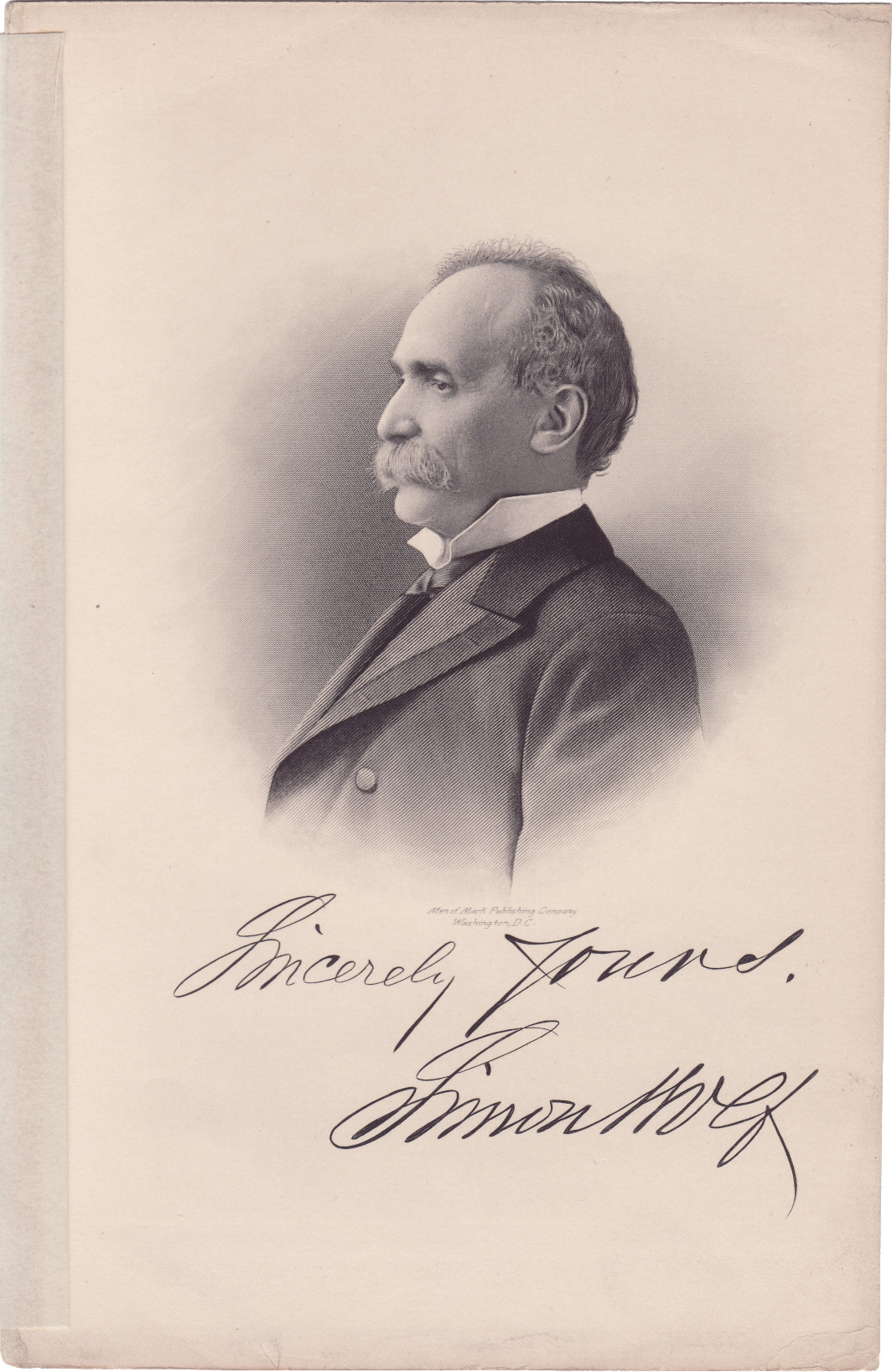 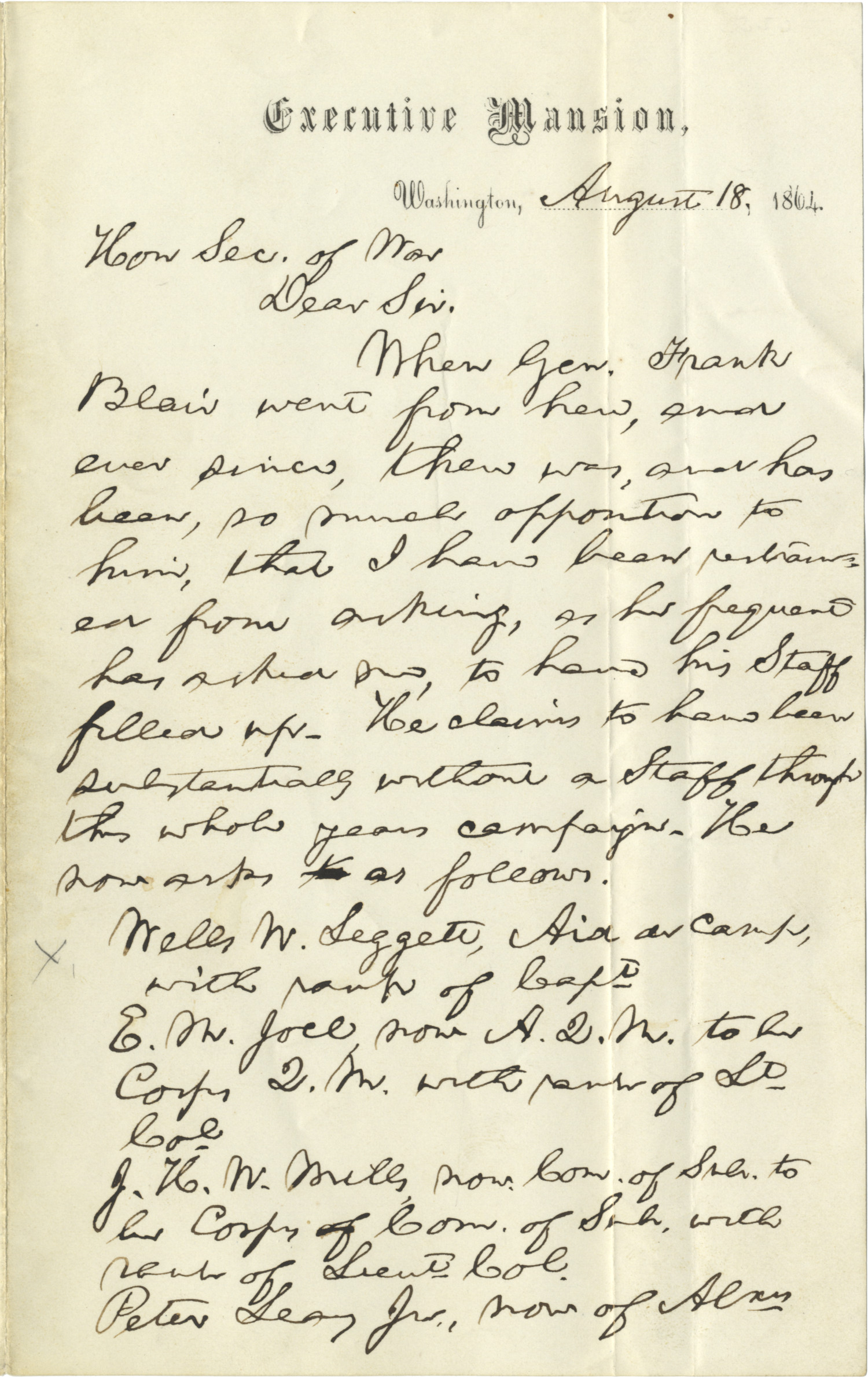