Which president lost a child while in the white house?

The misfortune of losing a child while serving in the country’s highest office is one shared by a surprising number of U.S. Presidents.

The Adams, Lincoln, Coolidge, and Kennedy families all suffered the loss of a child while in office; the Pierce family lost their last surviving child while en route to Washington to attend Franklin Pierce’s inauguration. To experience such overwhelming and intimate tragedy from within the White House adds a layer of complexity to the experience for the entire First Family. Personal grief becomes national tragedy; the profound sorrow of parents mourning becomes so very public. The nation, and the world, are shaken by the notion that the most powerful couple on earth are not immune to terrible tribulations. And yet, it’s been an almost-constant thread in America’s story, from John Adams, the second president, to George H.W. Bush, the forty-first president.

This collection explores how presidents and their families bore the shock and struggle of losing a child in the most public of offices, and after.

Learn more about manuscripts and historical perspectives by checking out other great stories at Shapell, including ‘The Death of Calvin Coolidge Jr..’, ‘Abraham Lincoln’s Quote About His Mother’ and more. 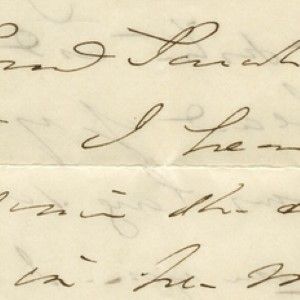 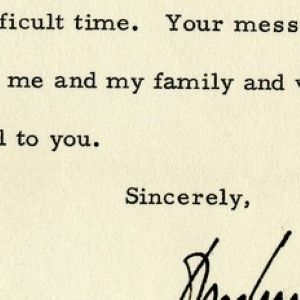