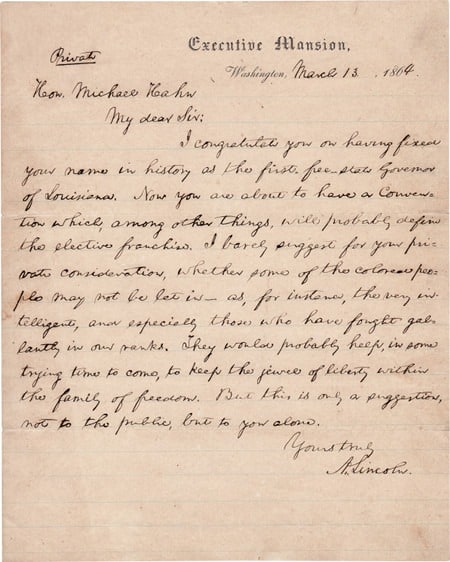 History, it would seem, is timeless – give or take the jarring detail: what happened then, happens now. Fifty years ago, Martin Luther King proclaimed from the steps of the Lincoln Memorial that he had a dream his children would be judged by the content of their character, and not the color of their skin. And not quite fifty days ago, the African-American President of the United States said of the shooting of an unarmed black youth by a white man, “that could have been me, thirty-five years ago.” When Dr. King and 250,000 others marched on Washington, still to be redeemed was the promise of full citizenship rights Lincoln held forth in his Emancipation Proclamation, a 100 years before – and still dying, in that cause, were men like Medgar Evers, murdered for organizing a voter-registration drive. Here, between the lines, two presidents, a century apart, try to deal with the same trouble addressed by King – who himself knew enough of history to say that day, it was not an end, but a beginning…

Between the arrival of 20 African slaves in Jamestown in 1619, and the March on Washington in 1963, one might begin to look for a jot of understanding, to a letter written 99 years ago by Abraham Lincoln. How, he wondered, might full citizenship be extended to African-Americans in a postbellum state; putting the question, in an ironic twist, to Michael Hahn, the first Jew elected a governor in American history. That Hahn was governor, however, of Louisiana, made everything only that much more complicated, for Louisiana, in defeat, was almost as much trouble for Lincoln as Louisiana, in rebellion. Confederate sympathy there was strong, Federal support weak, and as much as Lincoln wanted to see the state be the first brought back into the Union, it could not be at the cost, as Louisianans would have it, of perpetuating slavery. Making matters worse, the abolitionist – and potentially anti-Lincoln – wing of the Republican Party wanted suffrage extended to Louisiana’s newly-freed slaves; Lincoln’s man, Michael Hahn, opposed that very thing; and with a national election in play, Lincoln hardly wanted to hazard a firm stand on the issue. Yet Lincoln, this letter makes clear, had begun to link restoration to emancipation. “To keep the jewel of liberty within the family of freedom” he tactfully proposed, it probably would be helpful if the franchise were extended to “some of the colored people… as, for instance, the very intelligent, and especially those who have fought gallantly in our ranks.” Just the day before, in fact, Lincoln had received a delegation from New Orleans’ able, educated and free Black community. They had brought a petition bearing a thousand signatures, asking to be registered as voters. Lincoln, regretfully, declined their request: circumstances, at the moment, worked against them. His paramount consideration, he told the delegation, was the restoration of the Union, and he would do nothing to hinder that consummation, or omit anything that would accomplish it. If accession to their request would bring Louisiana back into the Union, he would accede; if not, no. But writing to Hahn the next day, Lincoln gently but firmly pushed for Black suffrage – and surprisingly, without making any distinction between the free-born and the freed… 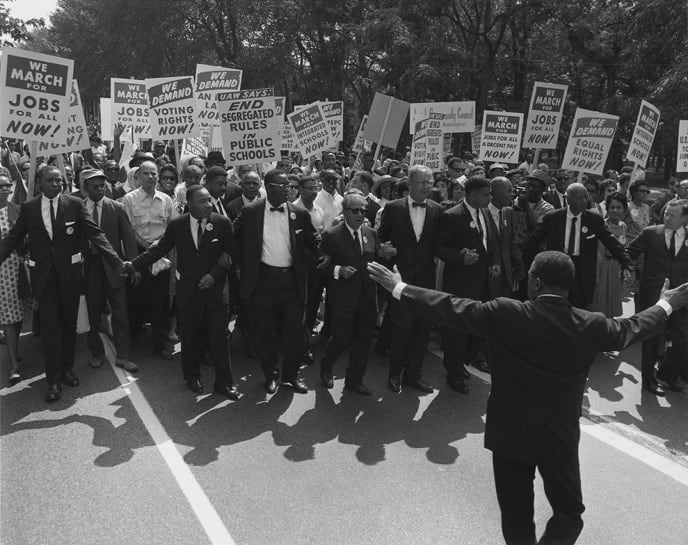 “Now you are about to have a Convention which, among other things, will probably define the elective franchise. I barely suggest for your private consideration, whether some of the colored people may not be let in – as, for instance, the very intelligent, and especially those who have fought gallantly in our ranks. They would probably help, in some trying time to come, to keep the jewel of liberty within the family of freedom. But this is only a suggestion, not to the public, but to you alone.”

Hahn, receiving this letter, astutely recognized Lincoln’s intent, and at the state Convention in April, went beyond his own views regarding an extension of suffrage. With great difficulty, he pushed through a provision authorizing the legislature to enfranchise non-whites on the basis that Lincoln suggested: military service and intellectual fitness. This was a crucial development: voting rights for Blacks were now – incrementally – possible. About a hundred years later, however, this incremental pace was so slow as to have frozen – and the great aim of the Civil Rights movement was, still, to prohibit discrimination in voting. On August 28th, after Dr. King delivered the only speech of the twentieth century said to equal Kennedy’s Inaugural, he went straight to the White House, to visit with the President. He had just recently come to see Kennedy as having evolved from an inadequate advocate of Civil Rights, to the most eloquent and passionate pleader “for Justice toward the Negro” ever to occupy the White House. For King, and indeed for Kennedy, the turning point came two months before, on June 11th, when in response to Alabama Governor George Wallace literally standing “in the schoolhouse door” to block the entry of two black students attempting to integrate the University of Alabama, Kennedy suddenly decided to make a nationally televised speech on “morality of integration.” At eight o’clock in the evening, then, speaking from the Oval Office, Kennedy called for the end of race-based discrimination and the full and complete integration of the nation’s “Negro” minority into the nation’s life. The issue was a moral one, he said, as old as the Scriptures and as clear as the American Constitution. Congress needed to enact, as soon as possible, sweeping legislation that would finally guarantee equal rights and equal opportunities to all Americans. A great change was at hand, Kennedy said, and it was “our task, our obligation, to make that change, that revolution, peaceful and constructive for all.” But as much as that speech marked such a decisive moment in American history, it changed nothing when, just four hours later, a Ku Klux Klansman in Mississippi ambushed and killed a civil rights activist, Medgar Evers. This letter, written on the same day Evers bled to death in front of his wife and children, in front of his own home, is the first draft of Kennedy’s powerfully felt response:

“I extend to you and your children my sincerest condolences on the tragic death of your husband.  Although comforting thoughts are difficult at a time like this, surely there can be some solace in the realization of the justice of the cause for which your husband gave his life.  Achievement of the goals he did so much to promote will enable his children and the generations to follow to share fully and equally in the benefits and advantages our Nation has to offer.”

The murder of Evers would inspire, among other things, songs by Bob Dylan and Nina Simone; stories by Eudora Welty and Rex Stout; two movies, dozens of books, and helped bring about the election, too, of Evers’ brother as the first black man elected mayor in Mississippi, in 1969. By that time, of course, Evers and Kennedy and King were dead – assassinated, all.

Typed Letter Signed (twice: in full and with initials), as President, with autograph corrections and addendum; being a corrected first draft. 1 page, quarto, The White House, Washington, June 12, 1963. To Mrs. Medgar Evers in Mississippi.