In 1867, Mark Twain arrived in New York to set out on a voyage to the Levant, the Holy Land being a major highlight of the journey. He would be the correspondent for three newspapers back in the States, writing of his travels. He approached his material and column the same way he always wrote – realistically, from a modern vantage point, without preconceived, biased notions – and with some biting humor. He was honest and told people what he really saw. And that changed his life.

When Mark Twain arrived in New York, he was 32 years old. He had a little bit of a reputation as a Western humorist, but that wasn’t a very big thing. He really didn’t know where his next job was coming from. He was not a success. He was just some guy who was trying to make a living, and he’s tried to make a living in the only way he knows how, which is yeah, he can write for the newspapers and he can be funny. Around 1867, Twain gets on the ship as a correspondent for three newspapers, one in California, two in New York, and that’s going to pay for his adventure. The name of the ship is called the Quaker City, and the ultimate point of the trip was to go to the Holy Land and to go basically as a Pilgrim to visit all the Christian shrines. And the first letter that we have is written the night before he boards. It’s written at 2:00 AM in the morning on June 8th from New York.

And he says, “Dear John, Dammit! I have intended all along to write you the night before sailing, but here it is within 12 hours of leaving and I have not yet been to bed or packed my trunk yet.” He’s explaining that starting at three o’clock in the afternoon, he went off with some newspaper friends and as he put it, he drank wine. And then he went somewhere else and he gives the time, now it’s six to nine o’clock and he drank several breeds of wine. And then he’s out again between nine and 12 and he’s drinking and he’s smoking some more. He said he drank much wine. And by the time he’s through, he’s drunk as a skunk, he hasn’t done anything to get ready for his trip and yet he marches up the gangplank and he’s on his way to the adventure of his life. The Holy Land had been for centuries portrayed in a way that it embodied what it indicated, meaning it was exalted, it was pastoral, it was full of meaning, it was beautiful.

Twain looked at the Holy Land the same way he looked at everything, realistically, from a modern vantage point without preconceived notions. And instead of seeing beautiful sites, he saw rocks and desolation, and he wasn’t afraid to say that. He wasn’t afraid to say this lake doesn’t compare to Lake Tahoe. He had no use for what he called imaginary holy places. Here is what he wrote. “The grave of Adam, how touching it was here in the land of strangers, far away from home and friends and all who cared for me, thus to discover the grave of a blood relation. True, a distant one, but still a relation. The unerring instinct of nature thrilled in recognition. The fountain of my filial affection was stirred to its profoundest depth and I gave way to tumultuous emotion.”

What happens as a result, the way in which he wrote, the way in which he looked at Europe, the way specifically he looked at the Holy Land and called it out for what it was, that won him the world. It changed his life. He wrote a book called Innocence Abroad. It was based on all of the newspaper letters that he had written and it turned out to be a planetary bestseller. He was suddenly famous. For the first time in his life he had money. He fell in love and was able to marry. He was suddenly what he wanted to be. He was rich and he was famous and he was happy. The way he got famous was not the way he expected. The way he got rich was not the way he expected, but he found his gift in himself. As Dolly Parton said, “Find out who you are and then do it on purpose.” That’s what happened to him. Twain Asks His Young “Quaker City” Shipmate & Favorite, Emma Beach, For Help With His Articles About the Voyage 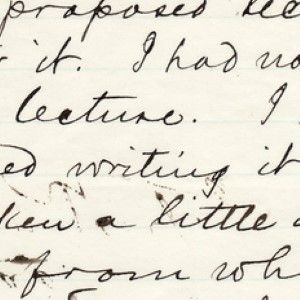 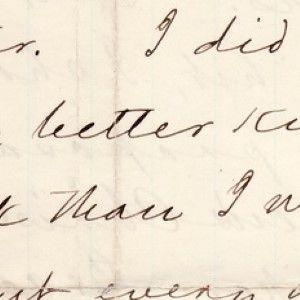 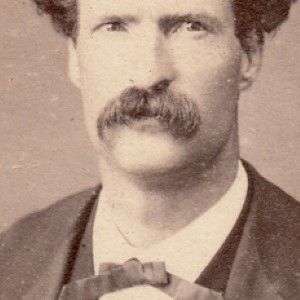 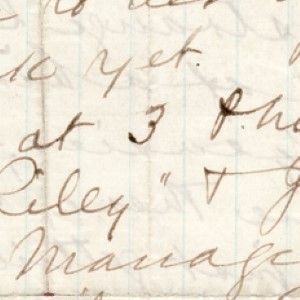