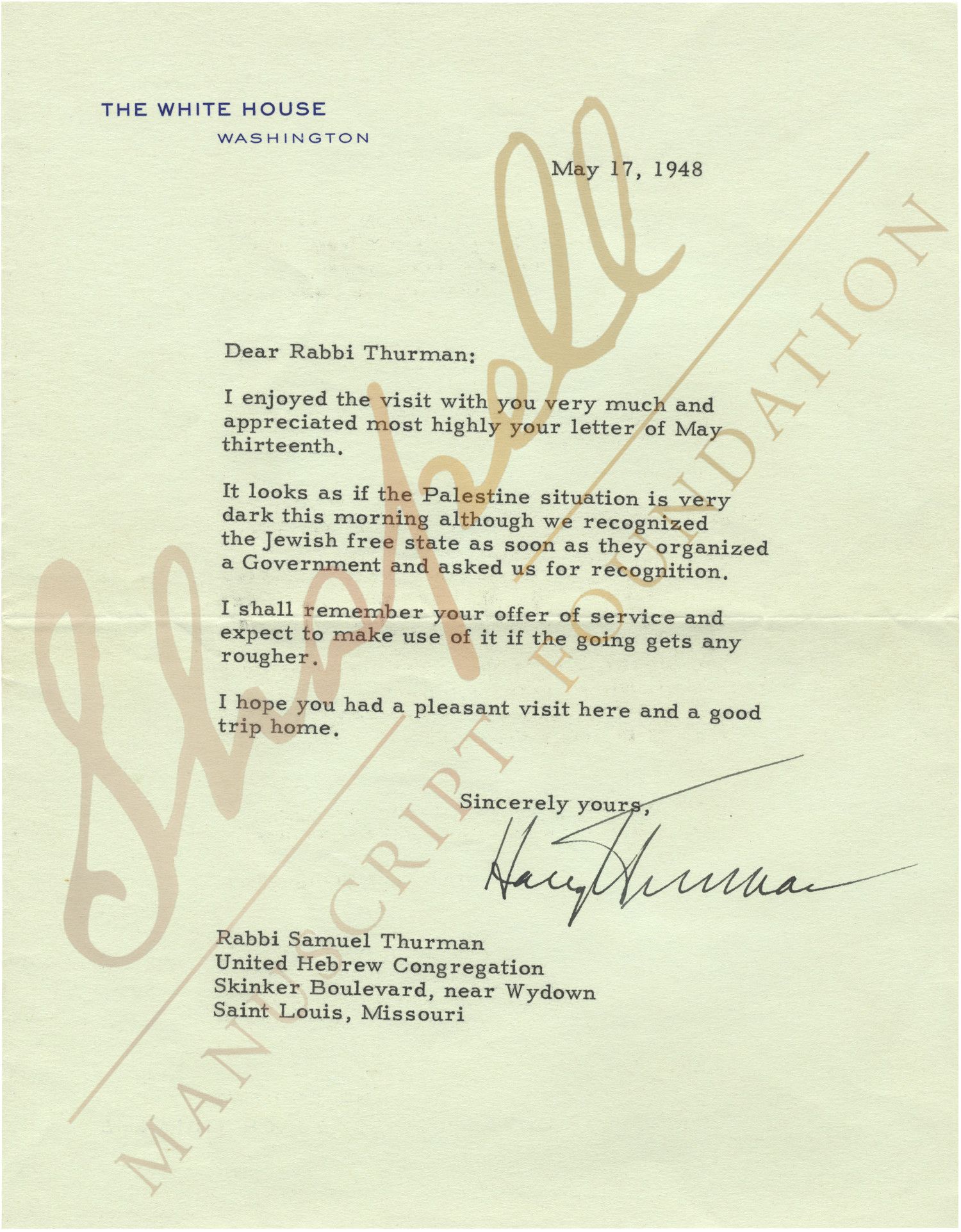 Only a day after declaring statehood, Israel’s future hung in the balance. On May 15, 1948, the armies of Syria, Jordan, Egypt, Lebanon, and Iraq, along with modest forces from Yemen and Saudi Arabia, joined with Palestinian Arabs in an attempt to destroy the infant state. The Arab invasion marked the start of the first Arab-Israeli war. The Yishuv (pre-State Jewish residents) and Palestinian Arabs had been locked in a civil war since November 1947, when the United Nations voted in favor of partition. After that vote, Britain – the only stabilizing force in Palestine – vowed to terminate its Mandate for Palestine on May 15, 1948. As the British withdrew on the day after Israel’s independence, all hell broke loose.

President Harry Truman wrote this letter to his old friend from Missouri, Rabbi Samuel Thurman, just two days after the start of the war. The “very dark” situation in Palestine must have weighed heavily on Truman’s mind. He probably remembered George Marshall’s warning during a contentious May 12th meeting — the Secretary of State had told Truman, “If the tide did turn adversely and they came running to us for help they should be placed clearly on notice now that there was no warrant to expect help from the United States, which had warned them of the grave risk which they were running.” In other words, if Israel’s declared statehood was met by a joint Arab attack, then Israel should not expect to be saved by U.S. soldiers.

Truman had agonized over his decision to recognize Israel, torn between his two trusted advisors – Marshall and White House Counsel Clark Clifford. [link to 646?] Beyond existential concerns, Marshall feared that American recognition might inspire Arab states to seek Soviet help, and maybe even to restrict Western access to oil. Clifford emphatically supported recognition. He went so far as to recommend that Truman publicly announce that the United States would recognize Israel even before its official announcement of statehood. But Truman refused because, in that case, the United States may look like a sponsor of Israel. So he waited for a formal request from Israel. Once he got it, Truman announced that the United States recognized the new state. One State Department official observed, “the President’s political advisers, having failed last Wednesday afternoon to make the President a father of the new state, have determined at least to make him the midwife.”

Truman’s decision rested on several reasons. In his memoirs, Truman cites humanitarian concerns as his primary justification. He felt a deep sympathy for the Jewish people. After the Holocaust, Truman called for 100,000 Jewish refugees to be allowed into Palestine, despite Britain’s restriction on immigration. Truman also faced heavy domestic pressure. A March meeting between Truman and Chaim Weizmann, set up by Eddie Jacobson, an old friend and former business partner of Truman, proved to be crucial in securing Truman’s recognition. [link to 686?] But Truman was also frustrated by American Zionists. [link to 692?] He had ordered his staff to not allow any more calls or telegrams about the matter. Clifford admitted on May 14 that “the President was under unbearable pressure to recognize the Jewish state promptly.” Finally, Truman wanted to secure votes for the upcoming presidential election. In the May 12th meeting, Marshall denounced Truman’s “transparent dodge to win a few votes,” and warned, “The great dignity of the office of the President would be seriously diminished.” If Truman recognized Israel, Marshall acerbically remarked that he would not vote for Truman in November.

Truman’s decision had a massive impact. U.S. recognition provided Israel with immediate and decisive legitimacy. Israel needed American support, given Europe’s history of anti-Semitism coupled with a collective Arab determination to snuff out the new state. Truman’s recognition also prevented Israel from becoming a Soviet ally. Over time, the bonds between the United States and Israel would continue to grow stronger.

As it turned out, Israel’s “very dark” situation became a successful war for independence. Marshall, Truman, and nearly every U.S. politician overestimated the effectiveness of the Arab attack. Quite certainly, Israel benefitted from deep-seated conflicts in the Arab world that contributed to disunity. But Israel also benefitted from excellent organization and existing institutions put in place by the Yishuv. And Truman’s decision to recognize Israel ensured its survival as a national homeland for the Jewish people.

I enjoyed the visit with you very much and appreciated most highly your letter of May thirteenth.

It looks as if the Palestine situation is very dark this morning although we recognized the Jewish free state as soon as they organized a Government and asked us for recognition.

I shall remember your offer of service and expect to make use of it if the going gets any rougher.

I hope you had a pleasant visit here and a good trip home. 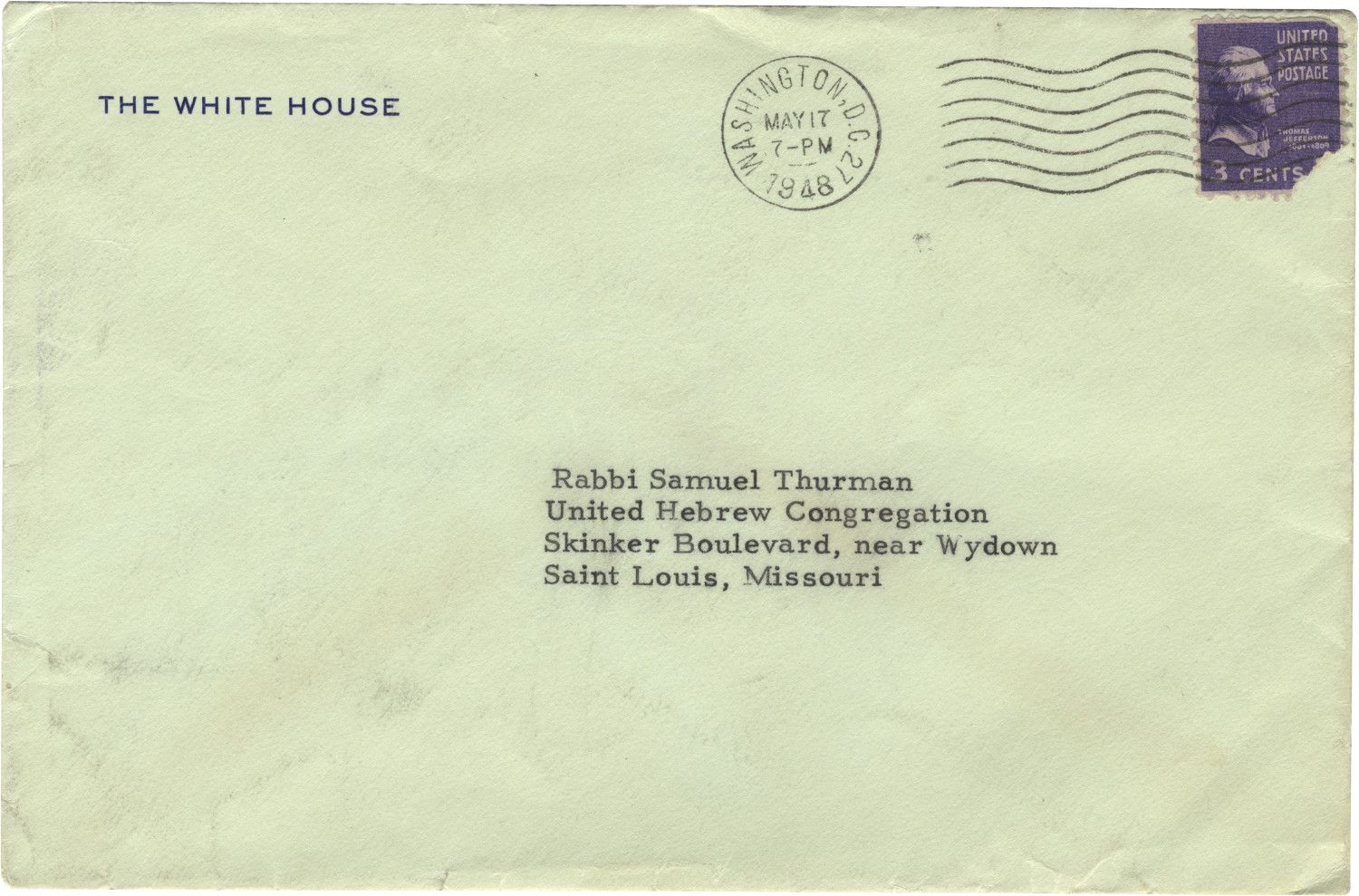 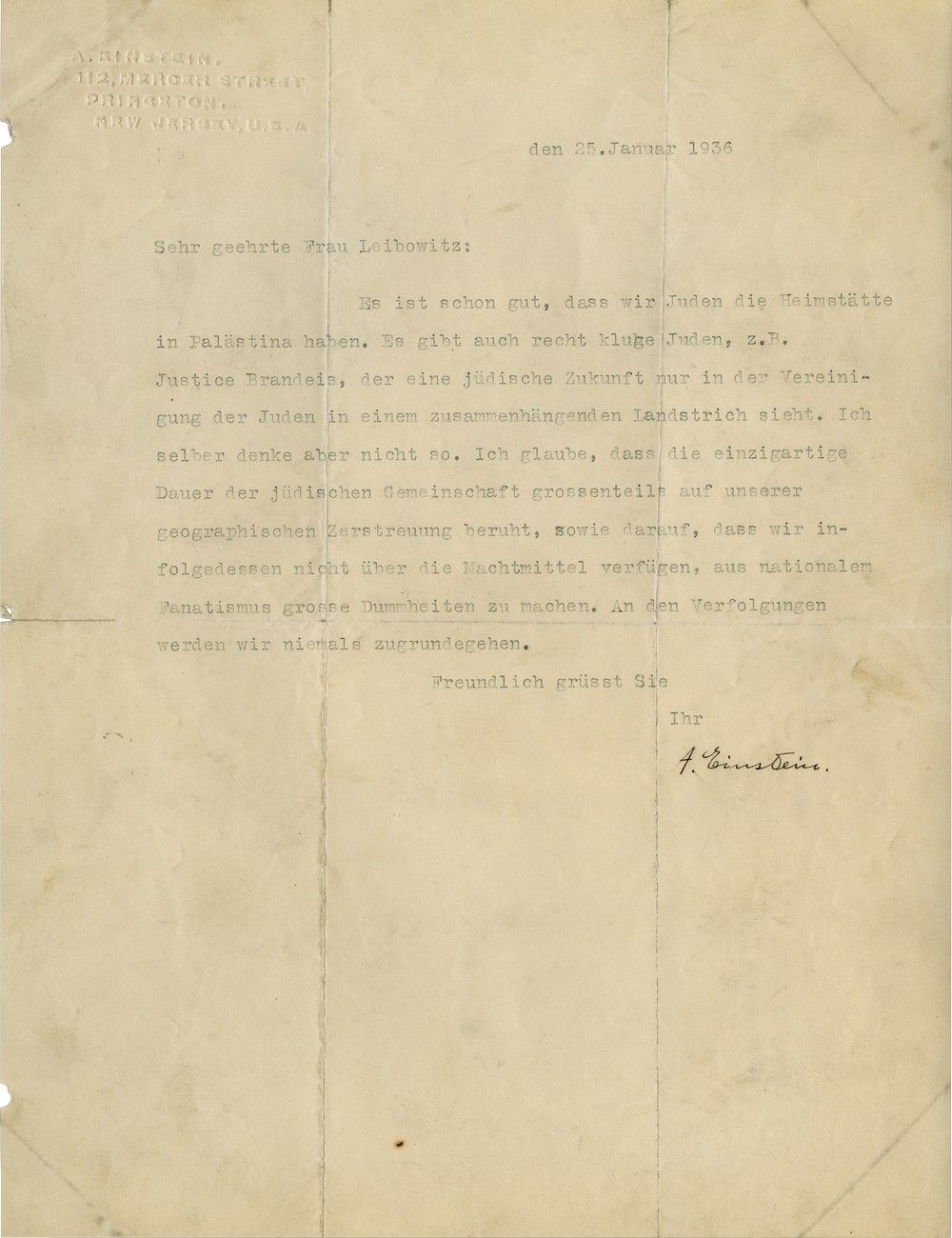