This dramatic letter, written so soon after Theodore Roosevelt’s sudden accession to the presidency that it is on stationery from President McKinley's traveling cache, expresses the just sworn-in president’s stunning realization that a terrible burden has fallen upon him. “I have about as heavy and painful a task put upon me,” he tells his old friend “Winty” Chanler, “as can fall to the lot of any man in a civilized country.” 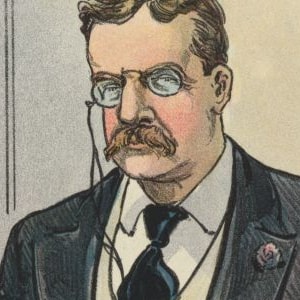 Your note of the 12th just received.

I have about as heavy and painful a task put upon me as can fall to the lot of any man in a civilized country.  But it is a real pleasure to know that you and Mrs. Winty are back on this side.  We shall very soon want to see you down at Washington.

from Theodore Roosevelt -
written on the day he became President.