President-Elect Howard Taft Qualifies the Thought of a Four Year Term: "If I Live" 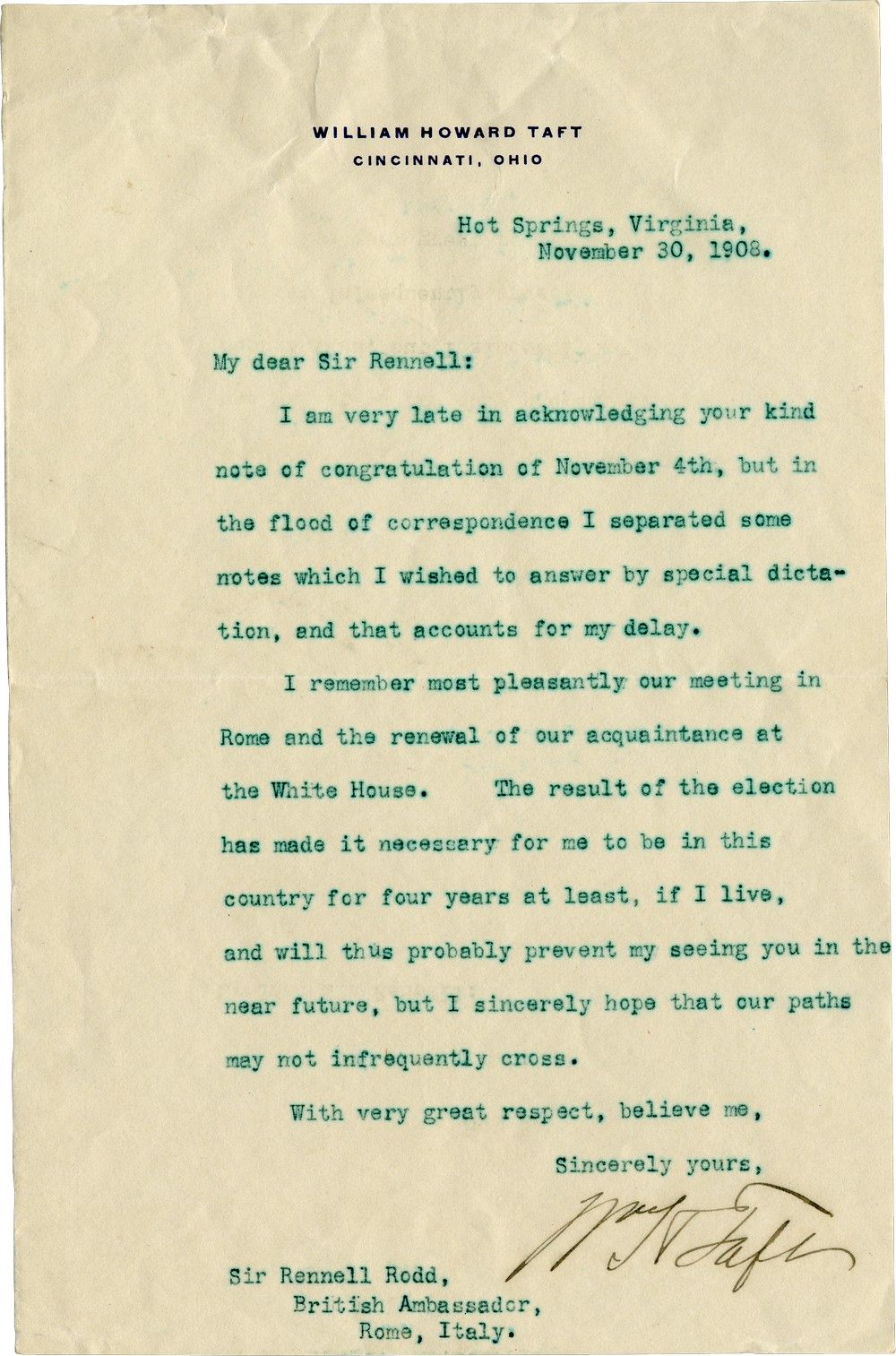 To the British Ambassador in Rome, Taft writes “the result of the election has made it necessary for me to be in this country for four years at least” - and immediately qualifies the thought, nervously, with “if I live.”

Being President, after all, had never been his dream - it was his wife’s - nor his idea; it was Theodore Roosevelt’s. What Taft wanted was to be on the Supreme Court – but that would have to wait.
Typed Letter Signed, as President-Elect, 1 page, octavo, Cincinnati, Ohio, November 30, 1908. To Sir Rennell Rodd.
Read More

I am very late in acknowledging your kind note of congratulation of November 4th, but in the flood of correspondence I separated some notes which I wished to answer by special dictation, and that accounts for my delay.

I remember most pleasantly our meeting in Rome and the renewal of our acquaintance at the White House.  The result of the election has made it necessary for me to be in this country for four years at least, if I live, and will thus probably prevent my seeing you in the near future, but I sincerely hope that our paths may not infrequently cross.

With very great respect, believe me, 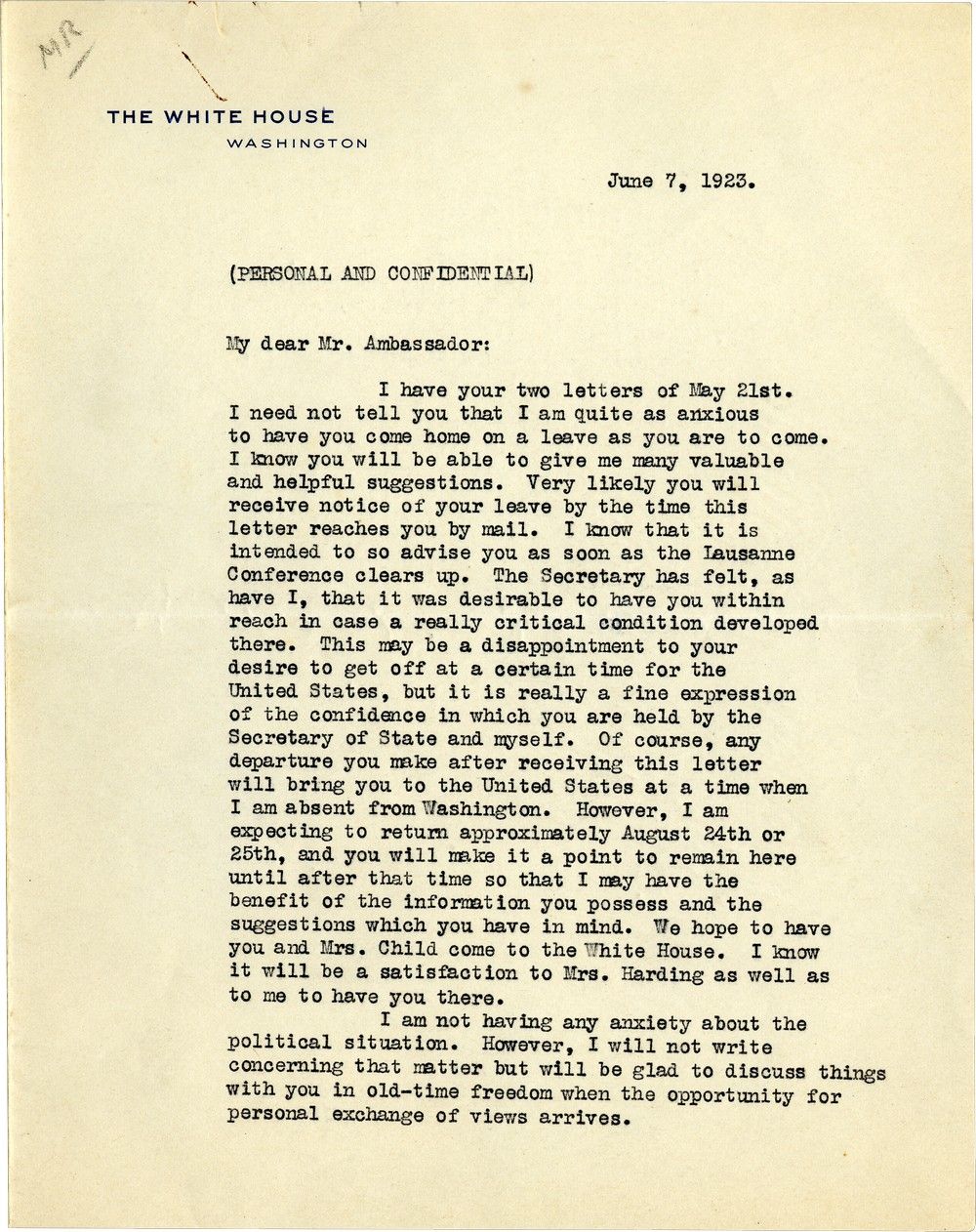 President Harding, About to Leave on the Trip During Which He'll Die, Makes Plans to Meet a King 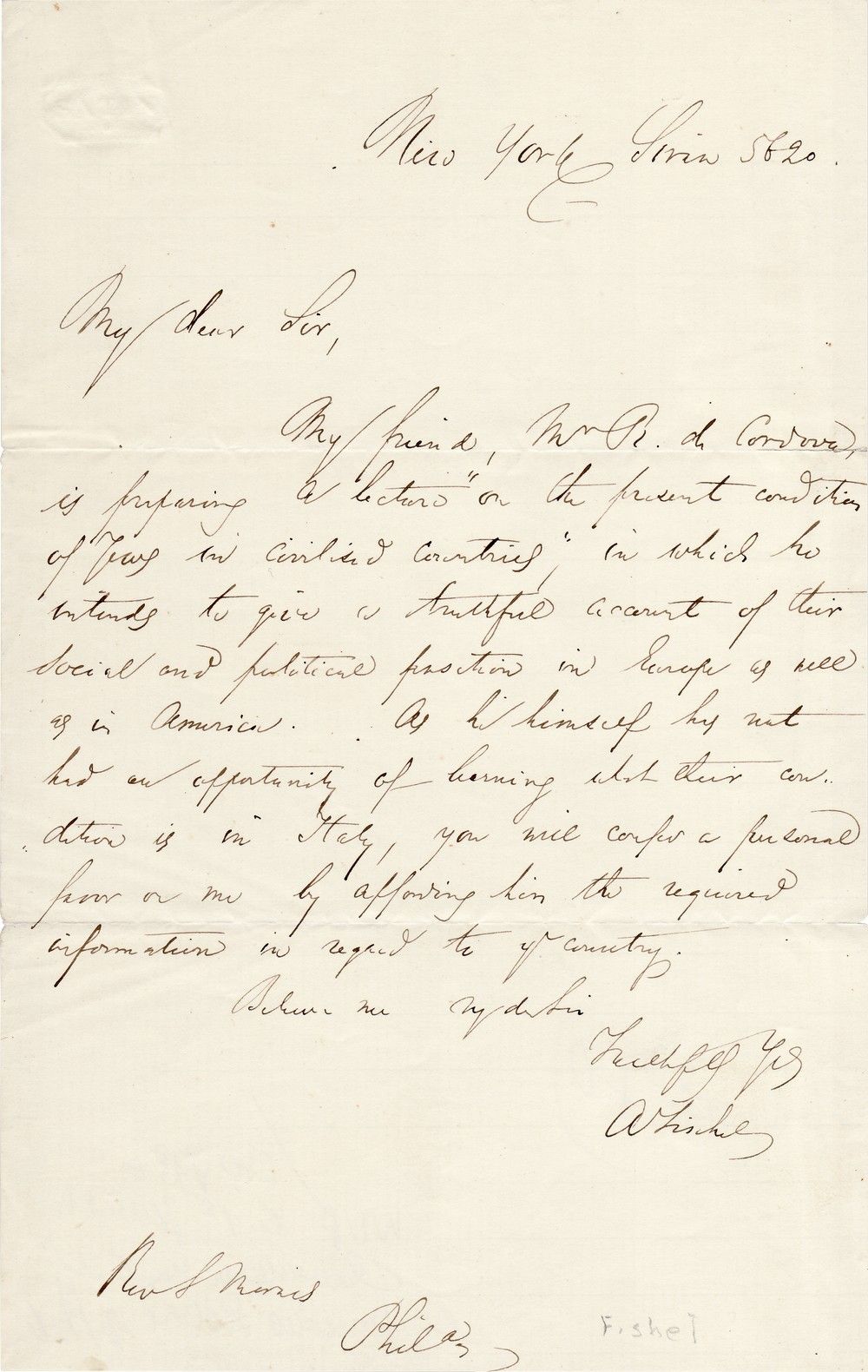