Age Is Not an Impediment to Visiting Israel, David Ben-Gurion Argues 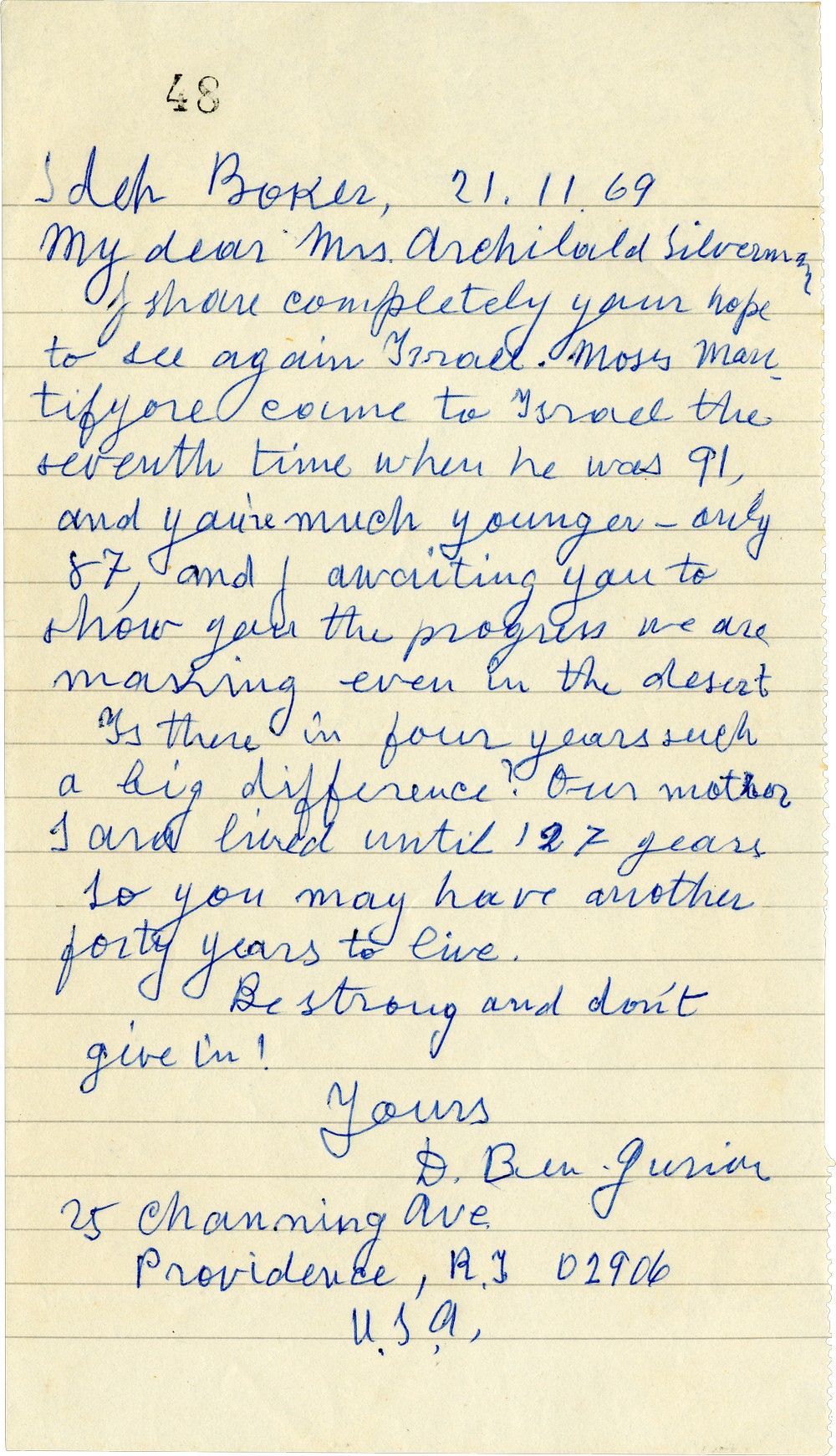 Citing the examples of the biblical Sarah at age 127, and Sir Moses Montefiore at 91, Ben-Gurion urges a woman in her late 80's to visit Israel and see the progress made.
Autograph Letter Signed ("D. Ben-Gurion"), in English, 1 page, octavo, Sdeh Boker, Israel, November 21, 1969. To Mrs. Archibald Silverman in Rhode Island.
Read More

I share completely your hope to see again Israel.  Moses Mantifyore [sic] came to Israel the seventh time when he was 91, and you're much younger - only 87, and I awaiting you to show you the progress we are making even in the desert.

Is there in four years such a big difference?  Our mother Sara lived until 127 years.  So you may have another forty years to live.

Be strong and don't give in! 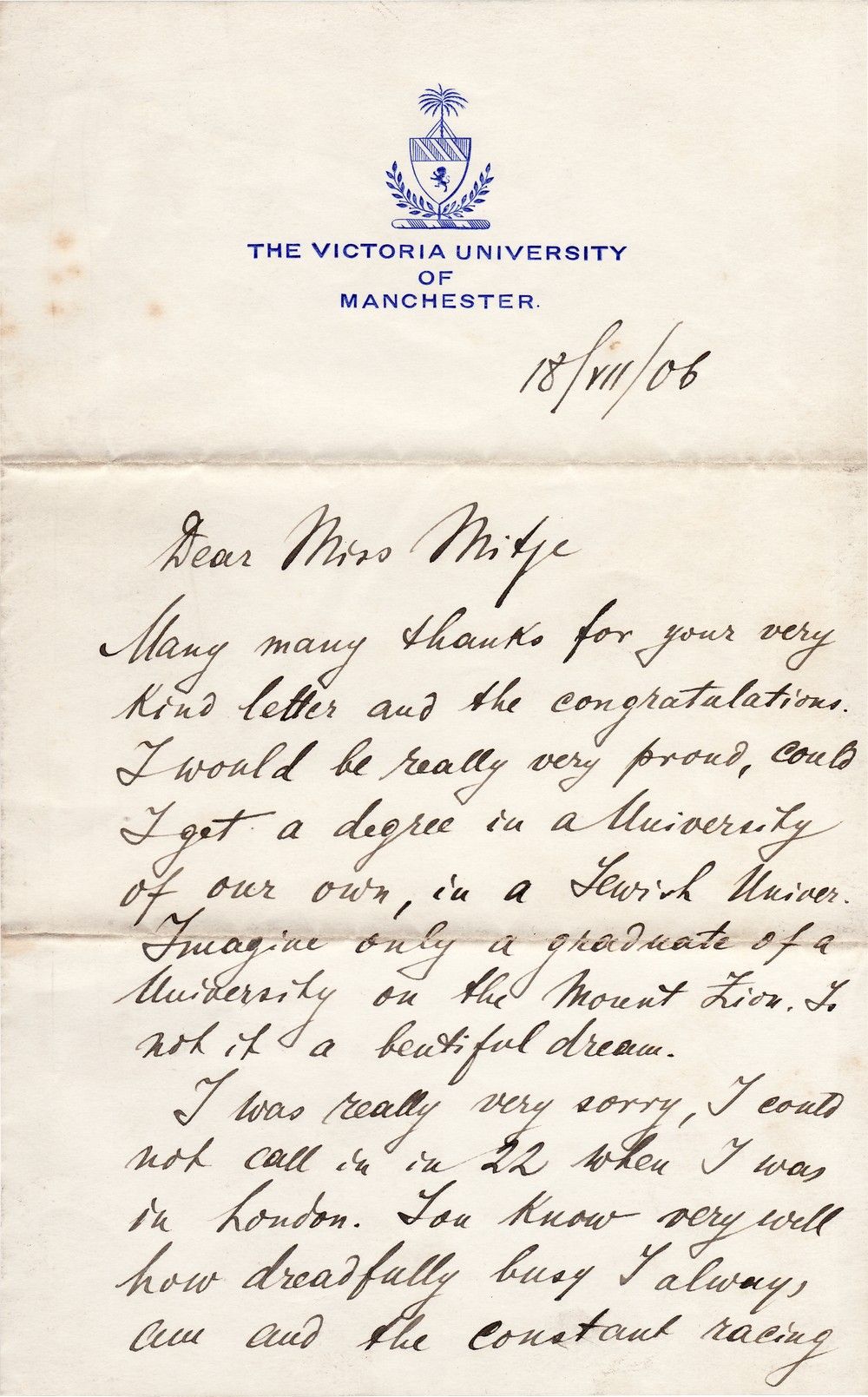