Theodore Roosevelt and the 1912 Election: What Happened & Why Did Roosevelt Run? The U.S. presidential election of 1912 was one of the most unique in U.S. History and Theodore Roosevelt was the main reason why. Roosevelt had previously served as president from 1901 to 1909 as a Republican. Roosevelt declined to run again in 1908 and instead supported fellow Republican, William Howard Taft, who won the election of 1908 easily. Roosevelt, however, did not agree with many of President Taft’s policies. Roosevelt felt that Taft was too pro-business and suspected that President Taft was not a progressive. In a highly unusual move, Roosevelt challenged Taft for the Republican nomination in 1912. Losing narrowly, Roosevelt accused the Republican Party of corruption and launched a third-party campaign for president under the Progressive Party, also nicknamed the Bull Moose Party. The Democrats nominated Woodrow Wilson, who also favored many of the same progressive policies as Roosevelt. On October 14, 1912, just three weeks before election day, Roosevelt was shot in Milwaukee, Wisconsin, while delivering a campaign speech. After the shooter was apprehended, Roosevelt, deciding that the injury was not fatal, finished his speech. In this module, teachers will be introduced to learning activities that allow students to imagine they are advising former President Roosevelt on his campaign. In doing so they will develop a greater understanding of the issues central to the 1912 election and of the unique man himself. 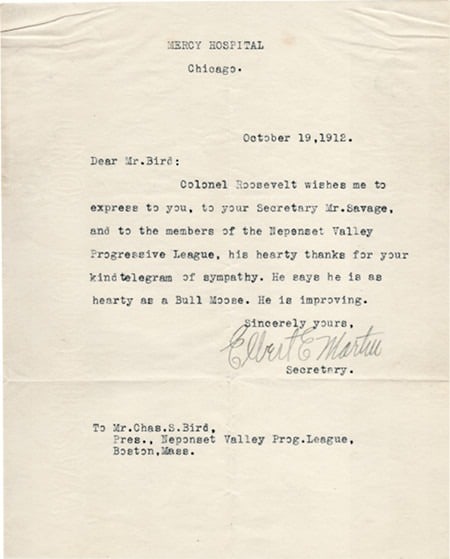 Despite Being Shot, Theodore Roosevelt is, Reportedly, "Hearty as a Bull Moose." Shapell Manuscript Collection.

What qualities did Teddy Roosevelt possess that made his third party campaign appealing to voters?

Credits: Primary source analysis sheet from the National Archives. Sheet music from the Library of Congress. Despite Being Shot, Theodore Roosevelt is, Reportedly, “Hearty as a Bull Moose” 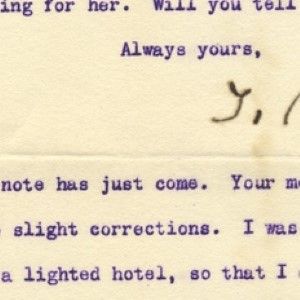 Taft, Running for President Against Theodore Roosevelt, Calls Him a “General Menace” To the Country