On His Last Day In Office, James Monroe Writes His Bank, Trying To Make Sense Of His Account 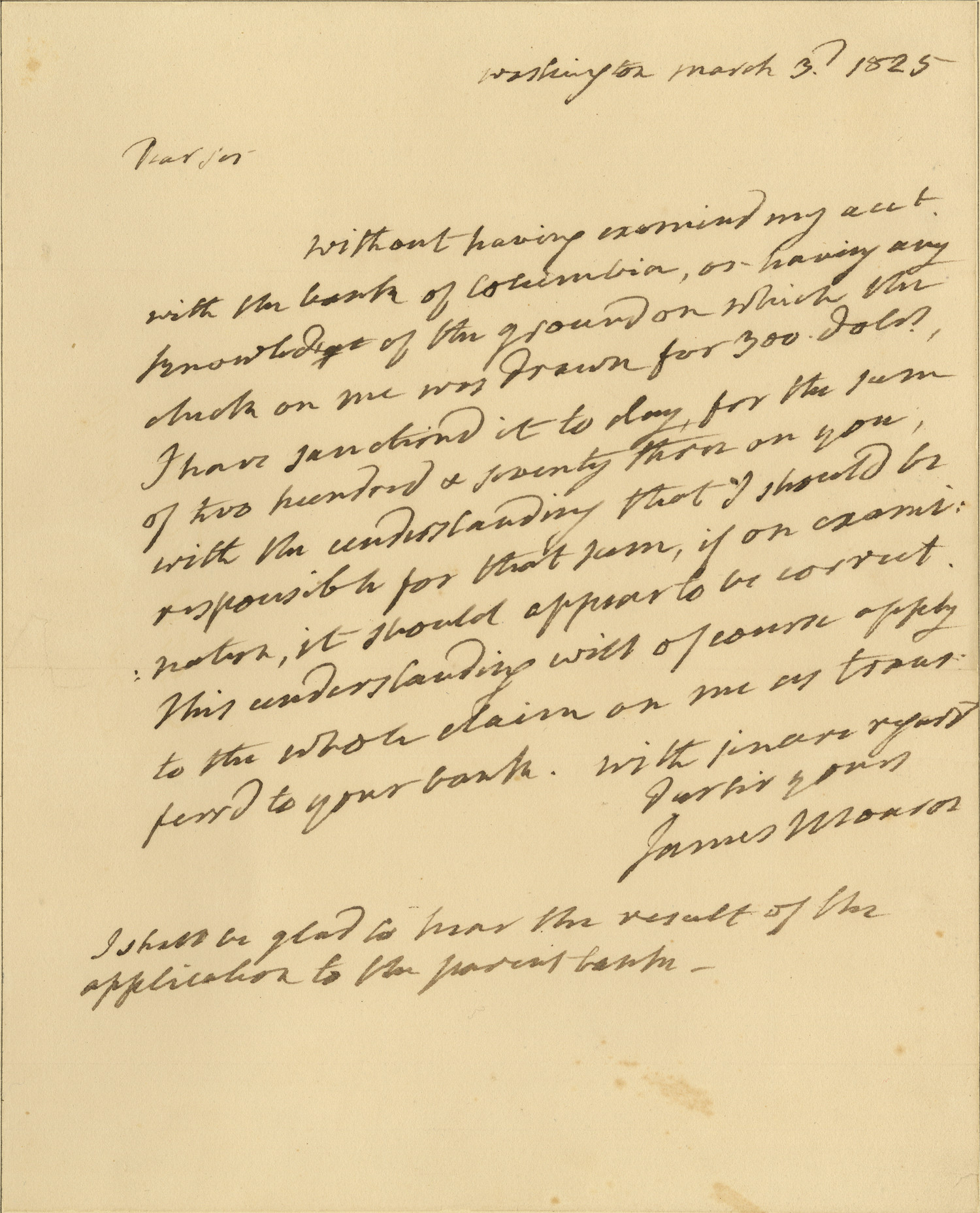 If, as has been said, the cost of liberty is always high, few have paid as dearly as James Monroe, whose lifelong service to his fledging nation as a soldier, framer, senator, governor, diplomat, Secretary of State and Secretary of War and finally, two-term president, left him virtually bankrupt. It was not just that he was so busy serving that he had no time to establish a profitable plantation, or a thriving practice; something upon which, out of office, he might live. Rather, his distress owed everything to his generosity: from the beginning in 1794, to the last day of his presidency, Monroe did much of the nation’s work on his own dime. It was not until the last hours of his public career, in fact, that he finally figured out and presented his bill to Congress for reimbursement. For travel to foreign posts, expenses abroad, back pay, commissions earned, money spent to assist Americans in revolutionary France and such “incidentals” as buying an ambassadorial residence in Paris, Monroe was owed some $53,000 – worth, today, over a million dollars - and every cent of which, he needed desperately…

No one seriously doubted the validity of his claim but Congress, caught in a partisan whirlwind between the Jacksonians and the supporters of John Quincy Adams (whom Monroe was suspected of favoring), took its time, and then awarded Monroe but half his due. Would that the matter had ended there, a rank injustice: but Monroe wouldn’t – couldn’t – let it go, and pursued the matter until the end of life when, as he lay penniless and dying, Congress finally anted up. Monroe then paid off his obligations and solvent at last, died.

With this letter, written on his last day in office, Monroe attempts to settle his account with the Bank of Columbia (1791-1824) in Washington, D.C., and so get a running start on the troubles to come. Much is not understood, much is tentative, and he awaits an examination, he says, to make sense of it all

Without having examined my acct. with the bank of Columbia, or having any knowledge of the ground on which the check on me was drawn for 300 dolrs, I have sanctioned it to day, for the sum of two hundred & seventy three on you, with the understanding that I should be responsible for that sum, if on examination, it should appear to be correct. This understanding will of course apply to the whole claim on me as transferred to your bank.

With sincere regards
I am sir yours 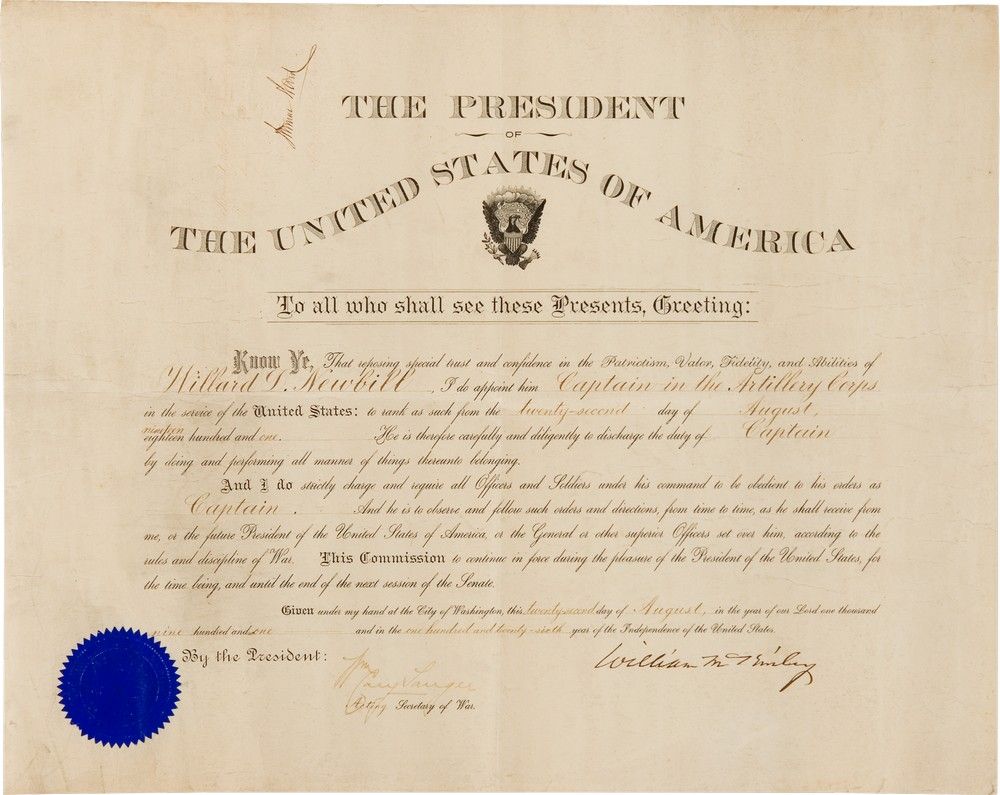