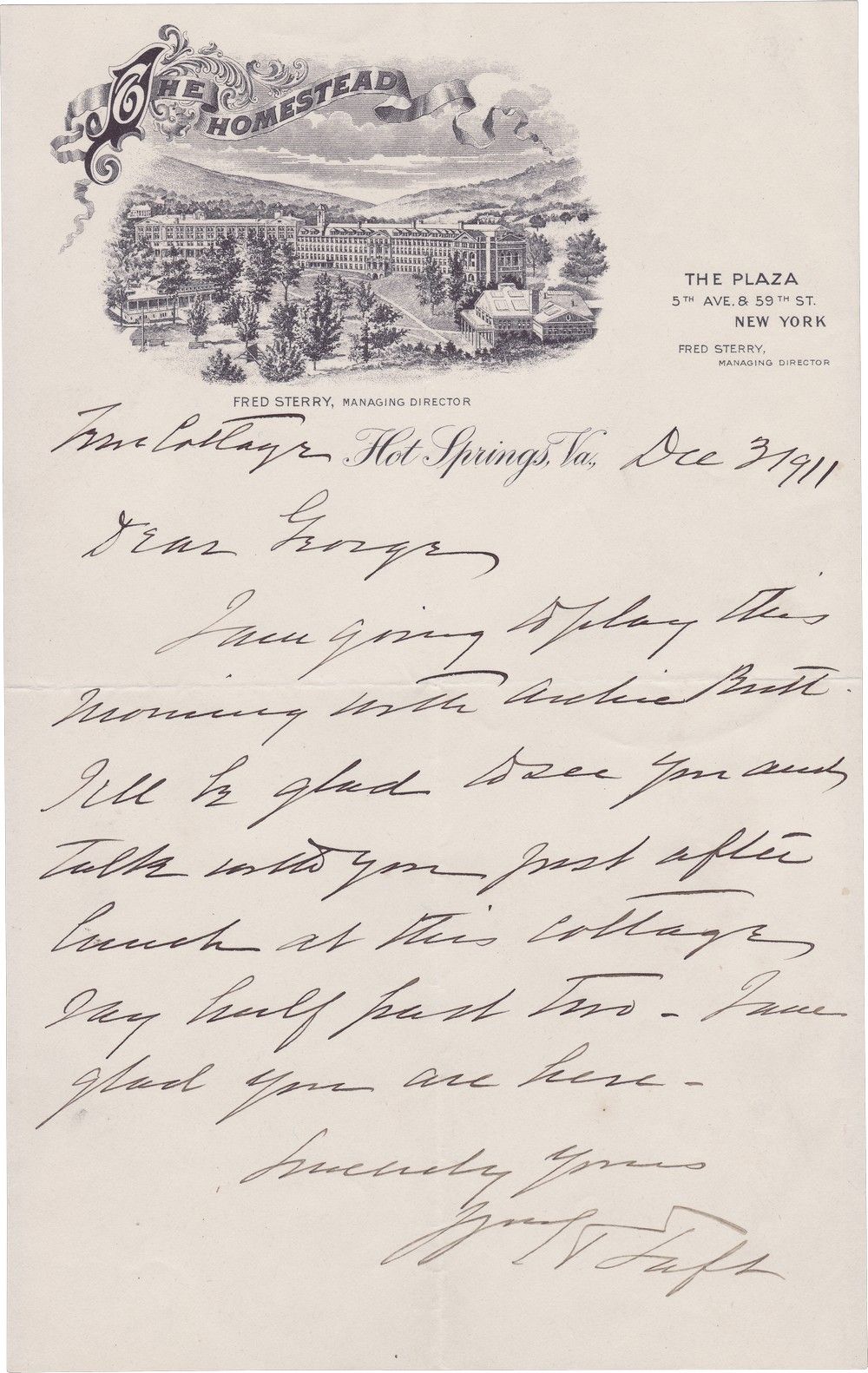 With this rare autograph letter as President, Taft announces he will play golf with his beloved military aide, Archie Butt, in the morning, and will be glad to meet with his correspondent, just after lunch. Golf, and eating, were two of Taft’s great passions: he played - horribly – almost every day, and weighed over 350 pounds. Another love was the law, and eventually, he found his way to the Supreme Court, as Chief Justice; first, however, he had to endure four years as President, which he hated.

Major Butt, who played so frequently with the President that he was said to be a member of the President’s “Golf Cabinet,” went down with the Titanic – a loss which stunned Taft.
Autograph Letter Signed (“W.H. Taft”), as President, 1 page, quarto, on the highly-decorative letterhead of The Homestead, Hot Springs, Virginia, December 3, 1911. To “George.”
Read More

I am going to play this morning with Archie Butt. I'll be glad to see you and talk with you just after lunch at this cottage, say half past two - I am glad you are here - 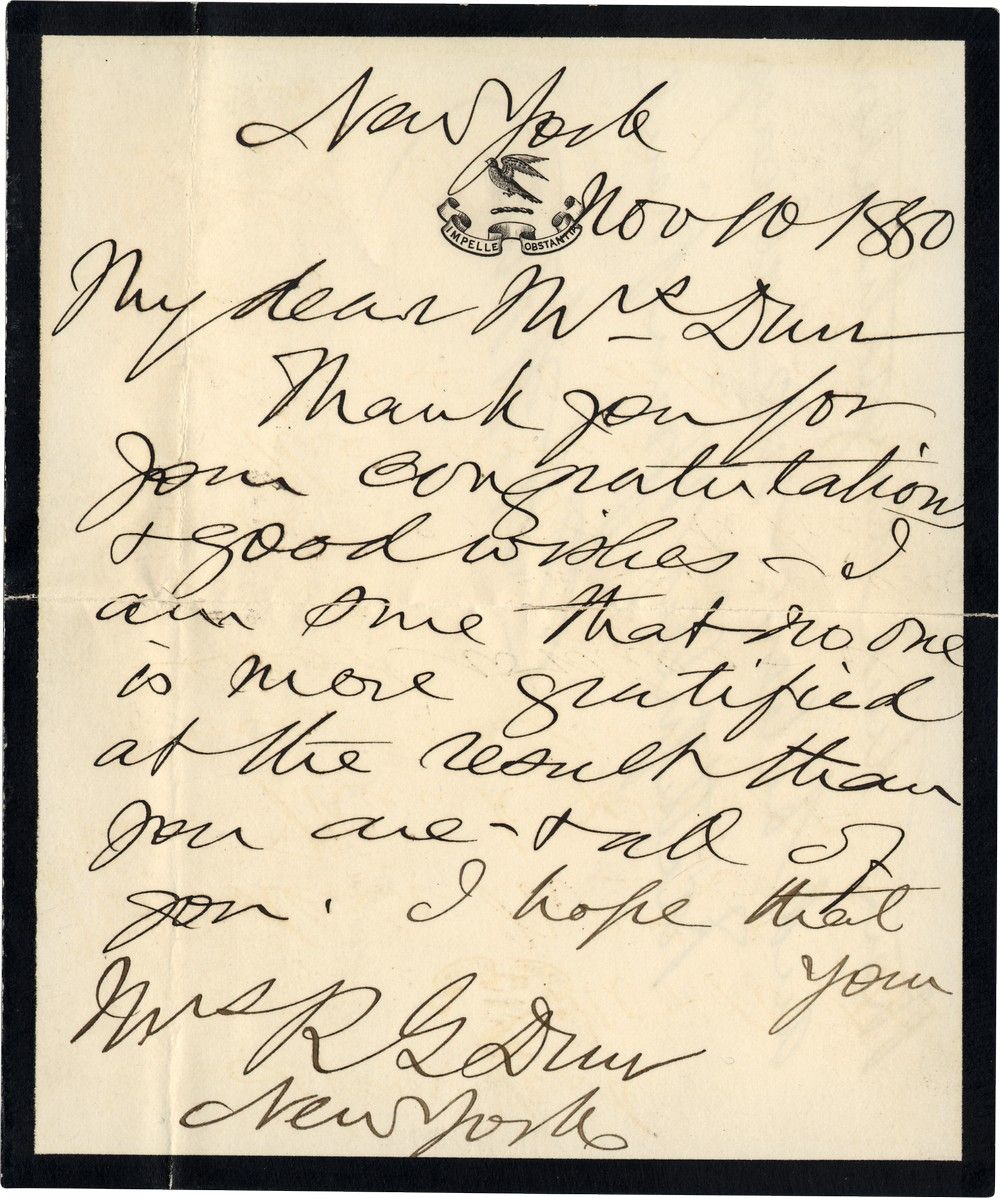