Abraham Lincoln Corrects His Presidential Salary Payment, Which Credits Him With Days Not Worked 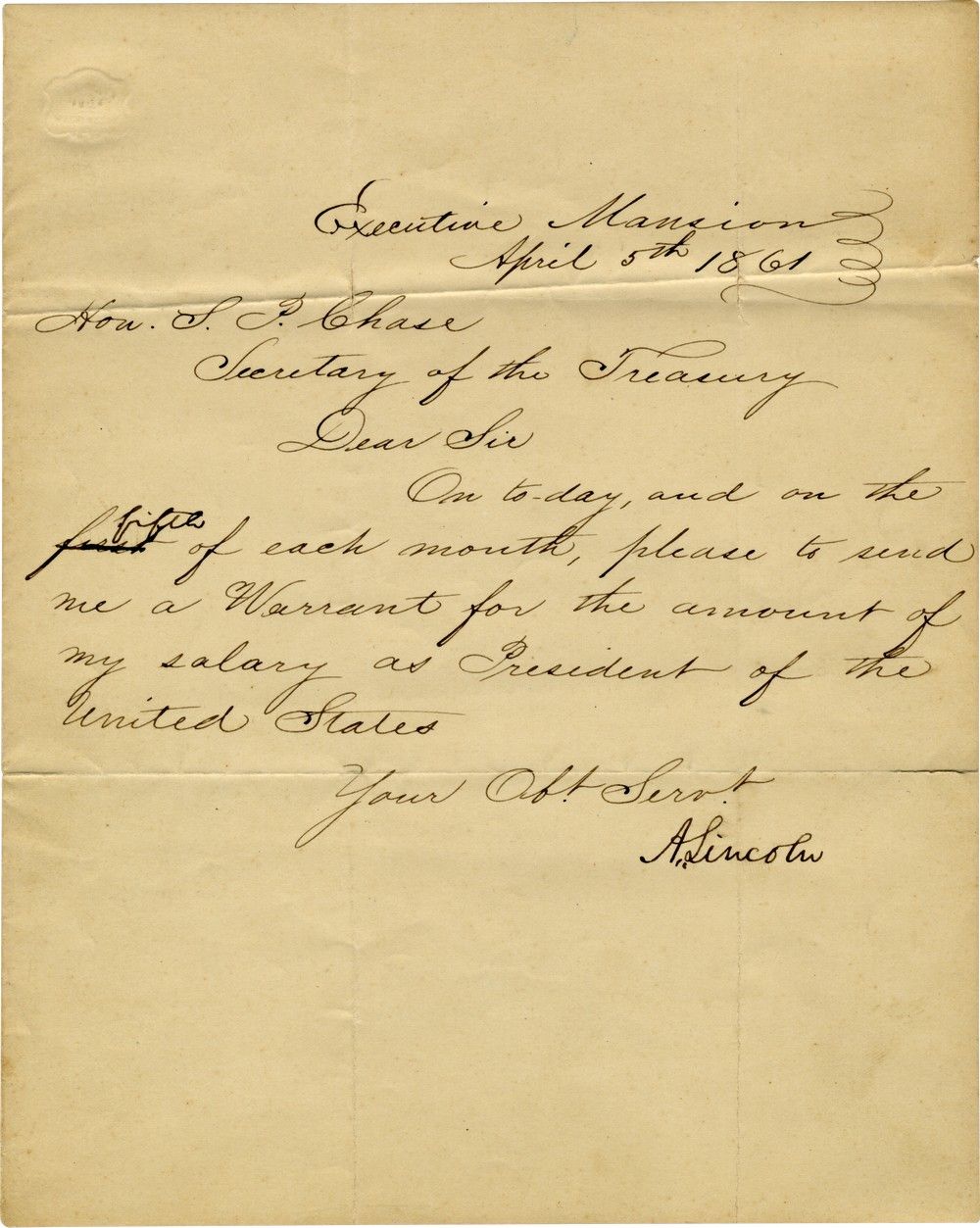 “Mr. Lincoln,” his wife wrote, “is almost monomaniac on the subject of honesty.” He was so honest, in fact, that at every stage and condition of life, to his name has been attached, justly, the appellative “Honest.” Whether this reputation sprang from the tale that as a country shopkeeper, discovering he mistakenly overcharged a customer a few cents, he closed the store and walked miles to make the correct change; or as a lawyer, collecting judgments for his clients, he scrupulously turned over every penny; or whether it was his characteristic refusal to make himself out as anything grander than a dirt-poor laborer who rose, by dint of his own effort, to become a hardworking lawyer – Lincoln’s honesty was legend. Here, arranging to receive his first presidential paycheck, is a perfect example of it…

On to-day, and on the first fifth of each month, please to send me a Warrant for the amount of my salary as President of the United States.

What Lincoln noticed, of course, was that the request he was about to sign credited him with four days he did not work. It stipulated that his paycheck was to be sent on the first of the month – when in fact, his first full day on the job, as President, began on March 5th. Hence the new president corrected, in his own hand, the day of the month his salary should begin, crossing out “first” and writing in “fifth.” When, later that day, Lincoln received his first salary warrant, for $2,083.33, he promptly deposited it.

Lincoln was about to earn his money. One week later, the nascent Confederate States of America bombarded the Federal citadel of Fort Sumter in the harbor of Charleston, South Carolina - and the four years of unprecedented carnage and upheaval that was the American Civil War, had begun.


Those familiar with original source material will no doubt note, and duly weight, the importance of Lincoln’s unusual autograph emendation on the document featured here. It bespeaks an immediate reaction, and as such, is both intimate and revelatory. What Lincoln saw before him was so egregious a wrong, he would perforce correct it, himself, on the spot. Corrections to texts are, in fact, of keen interest to historians and collectors alike, for they expose, with the special forcefulness of expression that gives importance to something singled out, the writer’s innermost thinking

Letter Signed (“A. Lincoln”), as President, with one autograph emendation, 1 page, octavo, Executive Mansion, April 5, 1861. To Secretary of the Treasury Salmon P. Chase.

Used with the permission of Shapell legacy partnership.
Read More 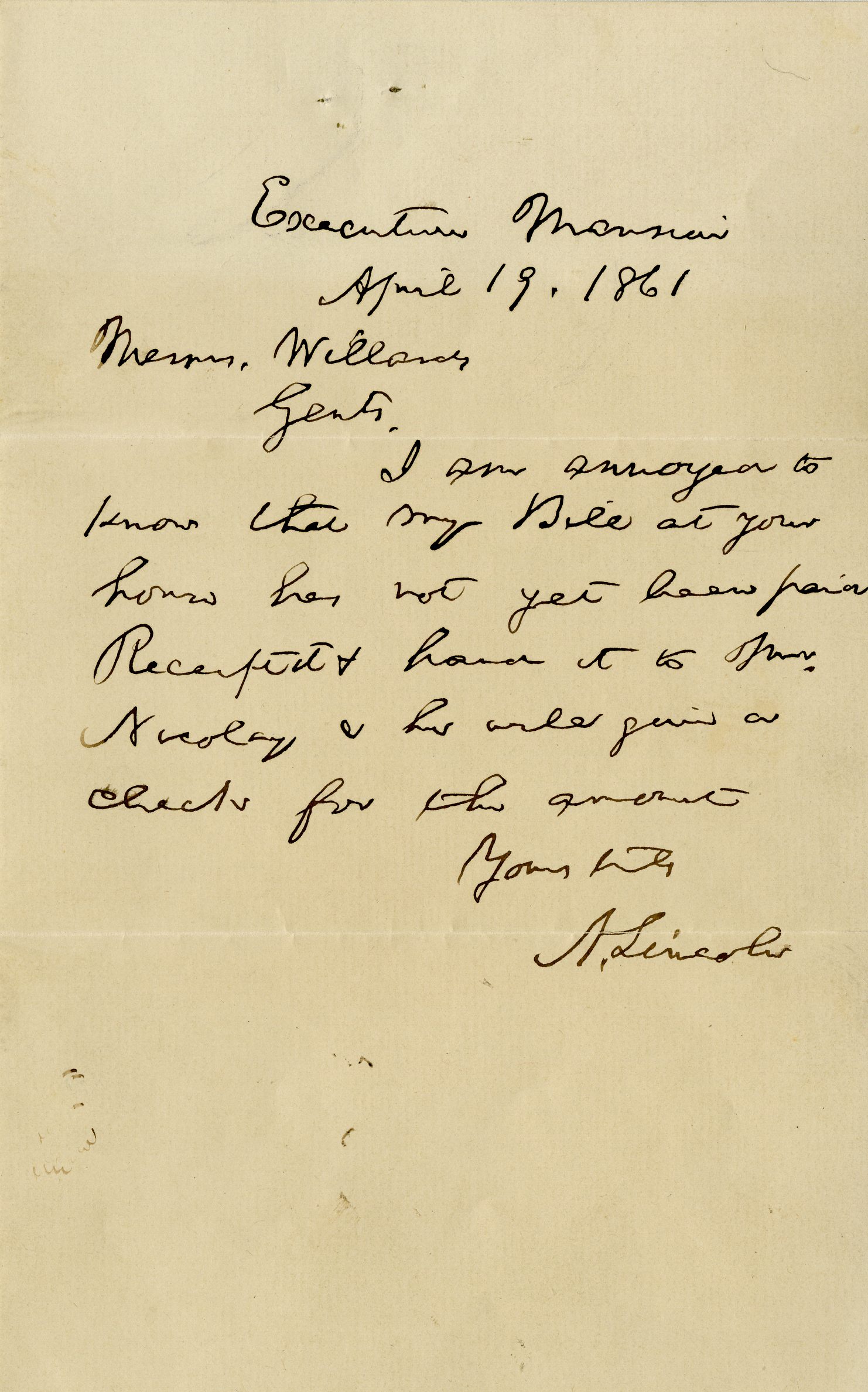 "Honest Abe" Lincoln, Annoyed About an Unpaid Bill, Orders It Paid – On the Day He Effectively Declares War

On to-day, and on the [text is crossed out] fifth of each month, please to send me a Warrant for the amount of my salary as President of the United States