Three days before he will be shot and killed, Lincoln responds to a friend’s letter beseeching his help in arranging the discharge of a sickly boy from the army. On the verso of a long letter of explanation from Lincoln's old campaign manager – now a sitting Supreme Court Justice – Lincoln writes “Let this man be discharged. April 11, 1865.” Below that, Stanton orders that the soldier, Parke E. Temple, be discharged immediately.

Private Temple, the underage enlistee whose mother worried so about his sickly constitution, outlived President Lincoln by forty years.
Autograph Note Signed (“A. Lincoln”, as President, 1 page, octavo, no place, April 11, 1865; endorsed below by Edwin M. Stanton. Both are on the verso of a 3 page A.L.S. in the hand of David Davis, headlined Bloomington, Illinois, March 6, 1865, and addressed to Abraham Lincoln.
Read More


Your & my old friend, William H. Temple and his wife, wish to invoke your kind offices very much. It is to get their son, Parke. E. Temple, discharged from the army. He enlisted, over a year ago. He was only then 17 years of age, and enlisted without the consent, and in fact against the remonstrances of his parents. He is a private in 3rd Illinois Cavalry - Company D. The regt. is as I understand it with Thomas' army. The boy’s health is 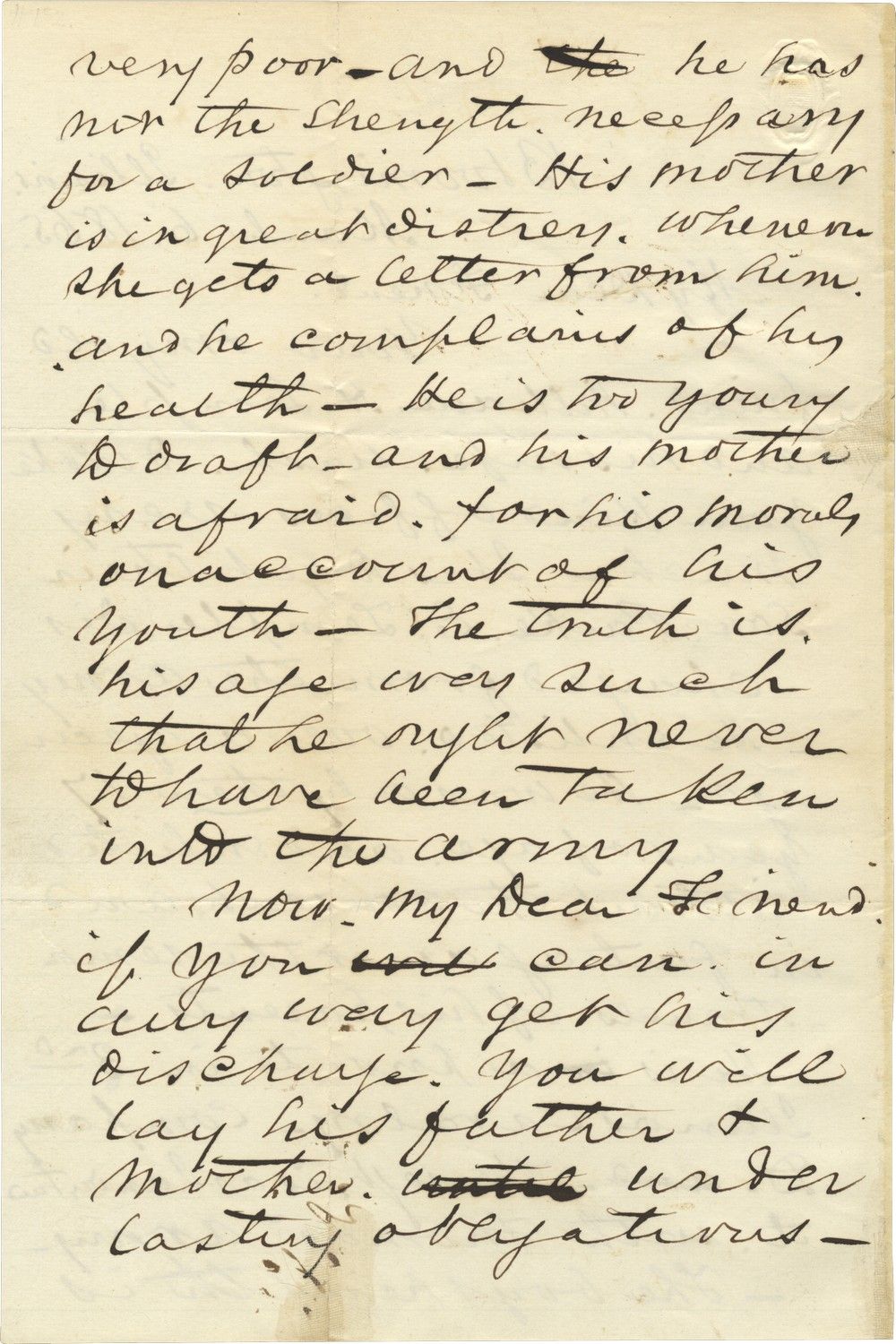 very poor - and he had not the strength, necessary for a soldier. His mother is in great distress, whenever she gets a letter from him, and he complains of his health. He is too young to draft - and his mother is afraid, for his morals on account of his youth. The truth is his age was such that he ought never to have been taken into the army

Now, My Dear Friend, if you can, in any way get his discharge, you will lay his father & mother under lasting obligations. 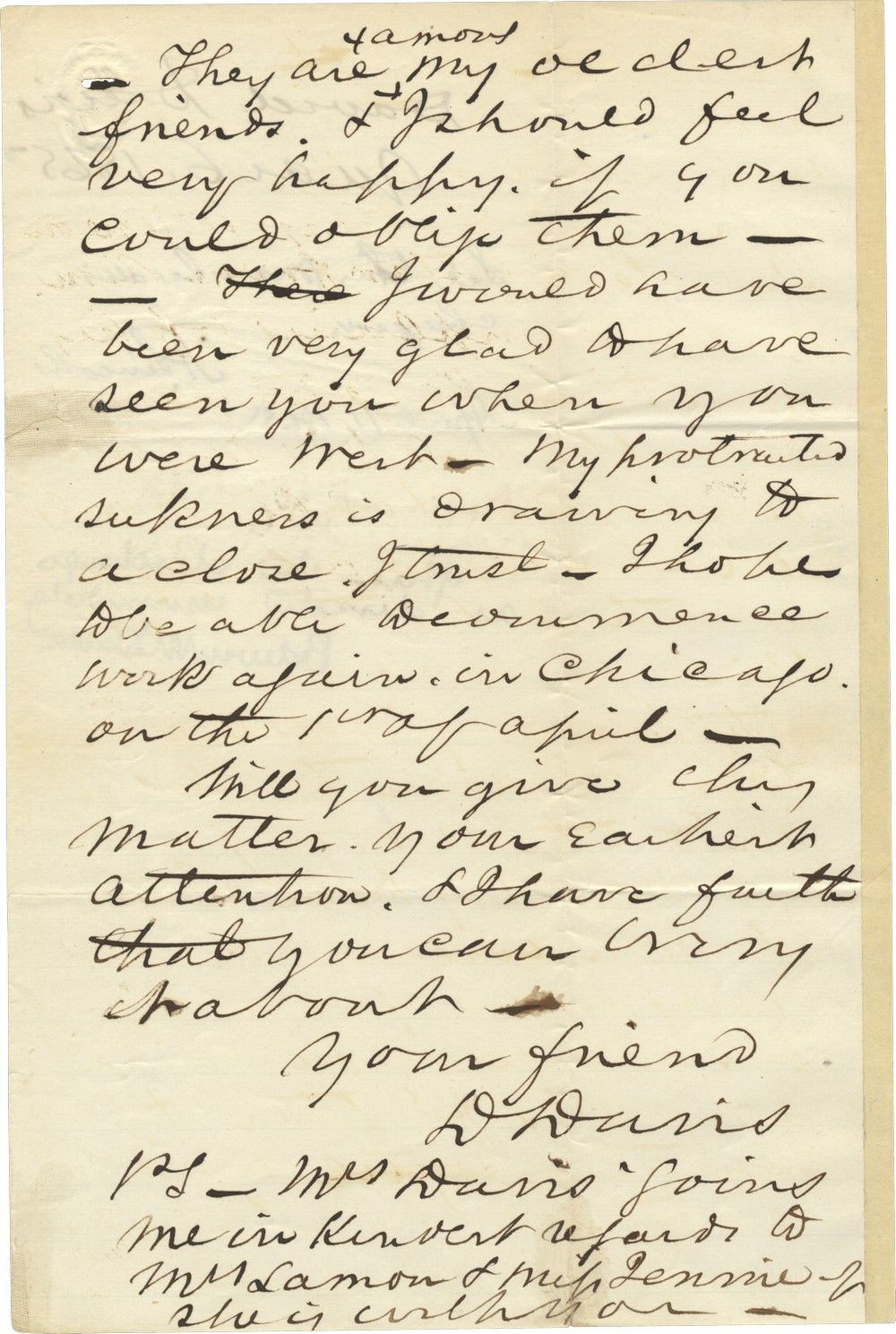 They are among my oldest friends. & I should feel very happy, if you could oblige them. I would have been very glad to have seen you when you were West. My protracted sickness is drawing to a close, I trust. I hope to be able [to] recommence work again, in Chicago, on the 1st of April -

Will you give this matter, your earliest attention, & I have faith that you can bring it about.


PS - Mrs. Davis joins me in kindest regards to Mrs. Lamon & Miss Jennie if she is with you – 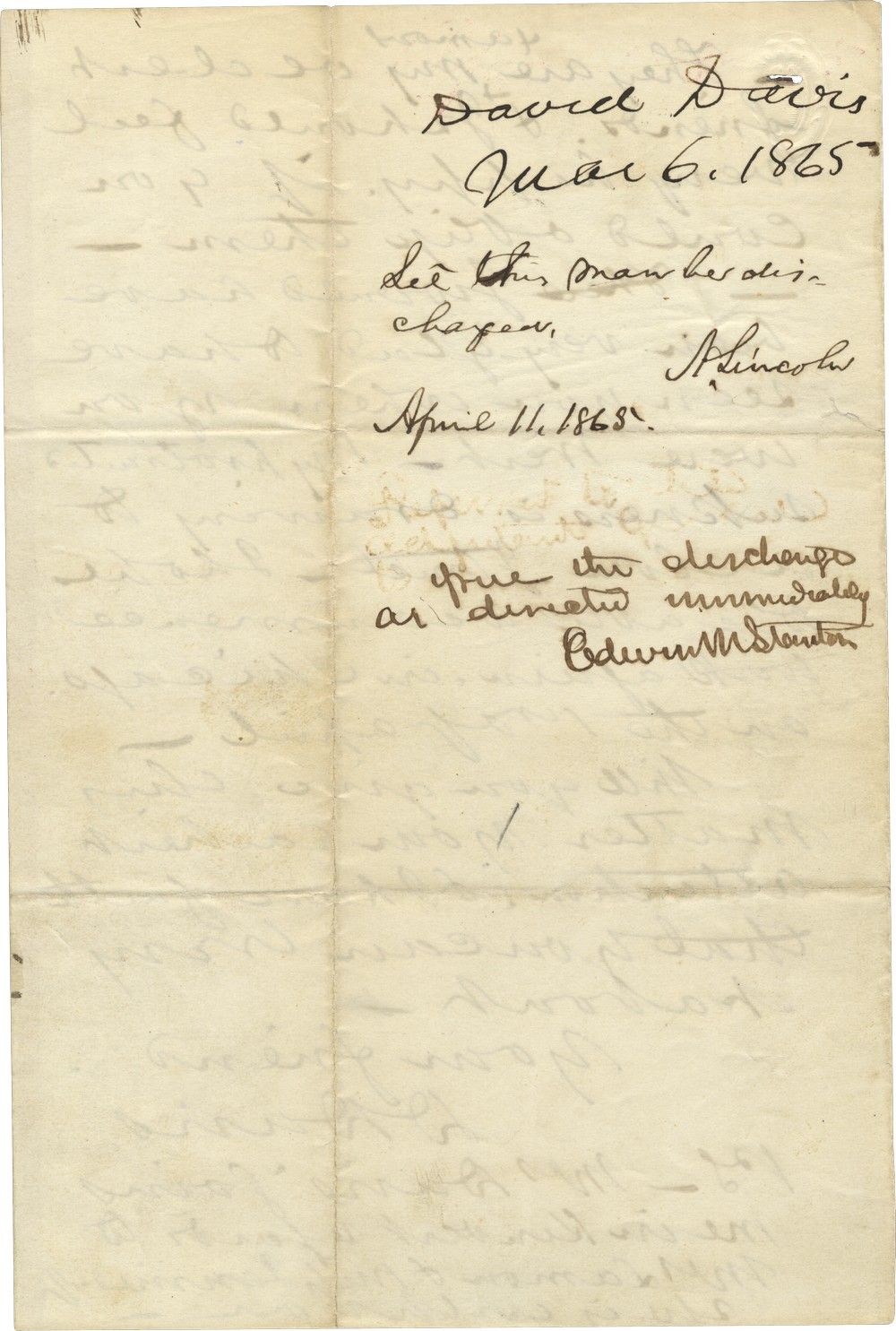 Let this man be dis-charged.


Give the discharge as directed immediately