Ask most people about what Abraham Lincoln did before he became our greatest president, and they’ll probably say he was a rail-splitter, or maybe a farmer, and a few will remember Henry Fonda running a country store. How many would know that Lincoln was a lawyer for twenty-three years is anyone’s guess, but those in possession of the fact could probably add he was self-taught, rode the circuit trails on horseback, and was just a little oafish. Their Lincoln was a prairie lawyer, simple and honest, eschewing legal technicalities and refusing to represent any but the innocent or the righteous. Of course, that compelling portrait - Honest Abe as a backwoods Don Quixote, searching out causes of injustice to combat – is as wrong as wrong can be.

It may come as a surprise, but Lincoln is considered one of the greatest American lawyers ever - on a par, say, with Clarence Darrow, Louis Brandeis, and John Adams. Known in his day as a lawyer’s lawyer, Lincoln was a brilliant litigator - better before a jury, Stephen Douglas said, than anyone could compare - and justly famous for his unparalleled ability to untangle knotty land problems. To this end, he participated in 243 cases before the Illinois Supreme Court, and two before the United States Supreme Court. The case under discussion here, however, was not one of them. It concerns Lincoln’s defense of a farmer in a dispute over the price of hogs.

And the said defendant comes and as to the first count of the declaration defends the wrong and injury when where &c, and says plaintiff actio non because he says the said count, and the matters and things therein contained...are not sufficient in law for the said plaintiffs to have and maintain their said action; and this the defendant is ready to verify...

Leroy Hill had an oral agreement with James L. Lamb and Henry Jacoby involving the sale of hogs, the price of which became a matter over which they ultimately disagreed. They came to law, then, with Lamb and Jacoby suing Hill to recover the debt. Hill retained Lincoln and his partner, Herndon, and pleaded not guilty. Stephen T. Logan, Lincoln’s beloved friend and one-time partner, was retained by the plaintiffs. The parties agreed to arbitration – and the arbitrators ruled for Lamb and Jacoby. Lincoln lost.
Autograph Document Signed (“Lincoln and Herndon”), 1 page, oblong octavo, no place (Sangamon County Circuit), no date (March-November, 1856); being a legal brief in the case of James L. Lamb & Co. v. Hill.
Read More

And the said defendant comes and ^ as to the first count of the declaration defends the wrong and injury when where &c, and says plaintiff actio non because he says the said count, and the matters and things therein contained, in manner and form as the same are therein stated and set forth, are not sufficient in law for the said plaintiffs to have and maintain their said action; and this the defendant is ready to verify; wherefore &c. 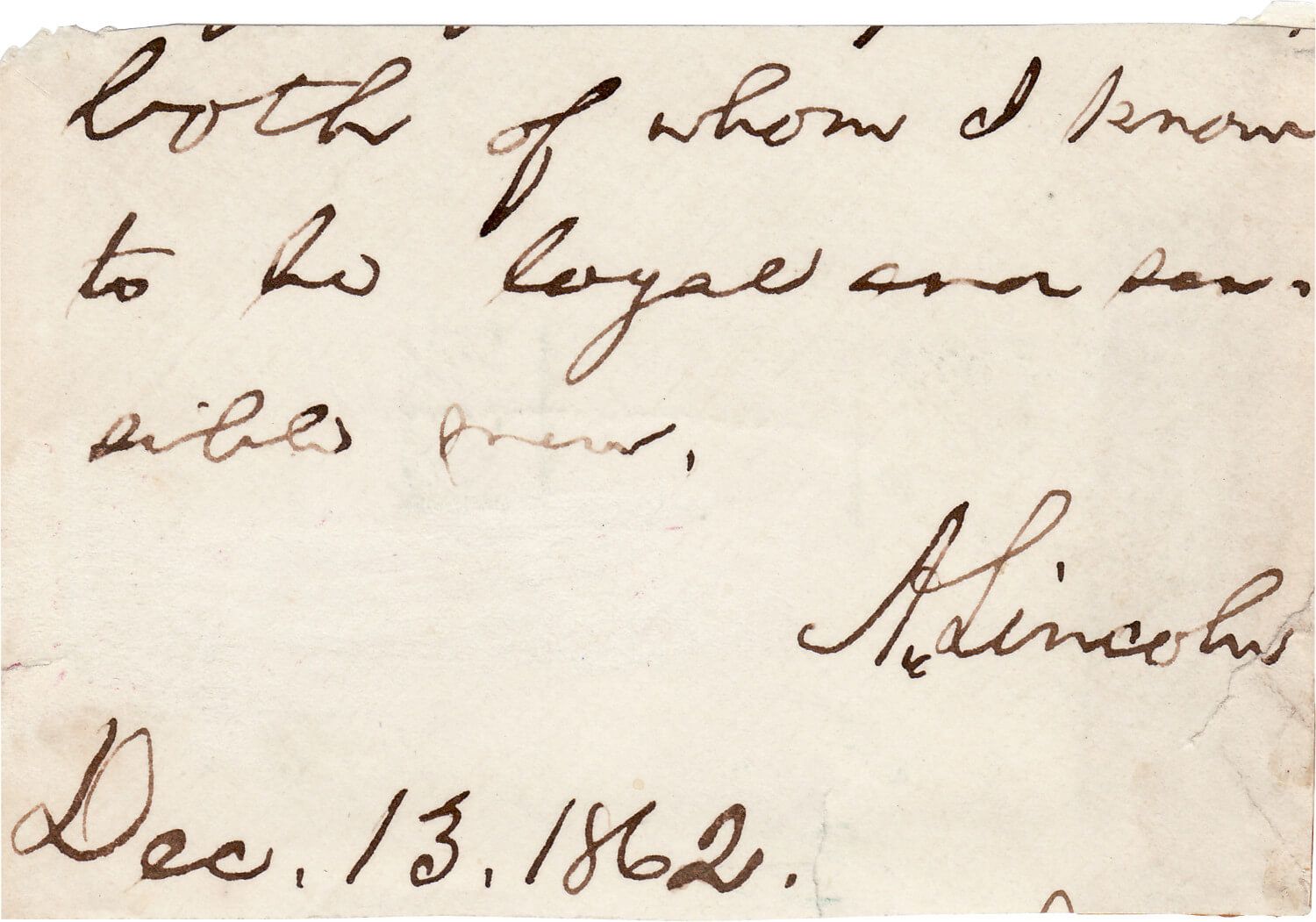 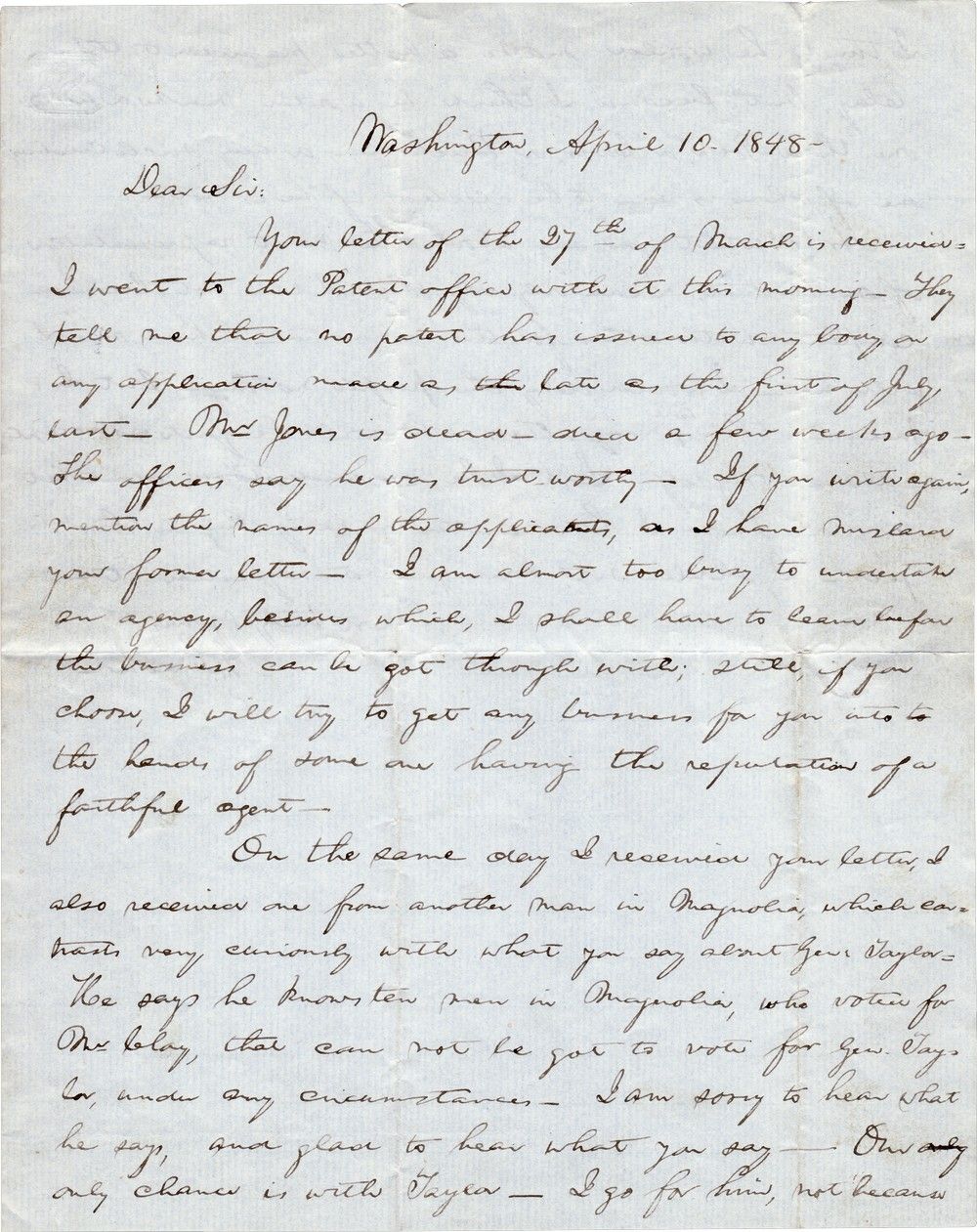